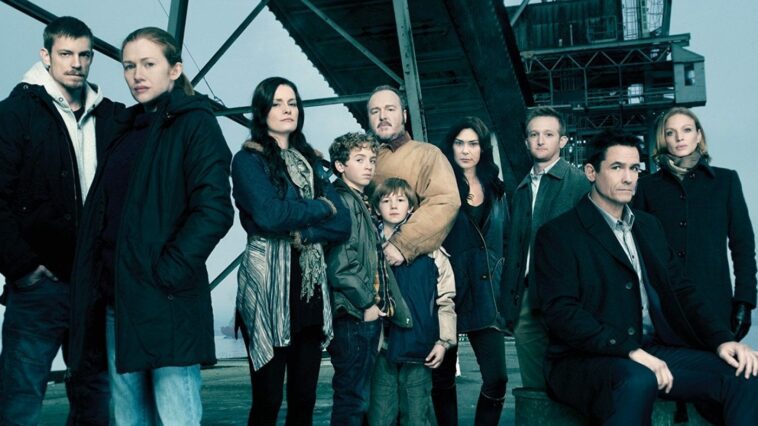 At the station, Linden and Holder listen to the wiretapped recording of Bennet’s conversation, as a female translator relays the information in English. Holder believes they’ve found their guy. Linden calls to send two units to watch Bennet’s house and asks Holder to type the warrant to be signed by his Judge friend. Linden receives a call from Mitch, who apologises for her earlier behaviour. Mitch asks about Bennet, and Linden tells her that it’ll soon be over, which she immediately tells Stan upon his arrival home. Linden goes to the Richmond campaign office and asks for dates regarding Bennet’s appearances at the All Stars Program. Defensively, Richmond tells her she has all their records, before asking whether or not Bennet killed Rosie. Holder goes to meet his friend, Judge Elliot (Jay Brazeau), but he refuses to sign the warrant, as it contradicts the Patriot Act. Linden waits outside Bennet’s house and receives a call from Holder with the bad news.

In what’s becoming a regular occurrence, Lieutenant Oakes scolds Linden and Holder for their screw-up. At the Ahmed home, Amber spies through Bennet’s phone then jots down Muhammed’s number. Terry brings Mitch some of Rosie’s old textbooks that she found in her car, so Mitch takes them to the high school and is shocked to see Bennet arriving for work. Linden finds a note that says, “Adela. Friday. 11:45.” Neither she or Holder recognise the name. Amber goes to see Linden and Holder, and she reluctantly gives them Muhammed’s number, fearing Bennet’s involvement. Upon his arrival at work, Bennet is given a hostile reception from his fellow teachers. After, his students walk out of his classroom, and the camera pulls around to reveal the word “KILLER” written on his whiteboard. After searching his phone number, Linden and Holder discover Muhammed Hamid’s details, including his possible whereabouts at the downtown market.

Mitch finds Linden and Holder to tell them about Bennet being back at the high school. Linden and Holder search around the market, looking for Muhammed. Linden rings his phone number a few times, then spots a man who starts to run after they recognise one another. Linden and Holder eventually apprehend Muhammed (Jarod Joseph), who begins to pray in Arabic upon his arrest. Stan finds Mitch crying in Rosie’s room. She blames him for not punishing Bennet when he had the chance. Linden and Holder get ready to interrogate Muhammed, but they’re concerned because he hasn’t got a record and therefore has no reason to talk. At first, Muhammed refuses to cooperate but later responds after Holder tricks him into thinking Bennet will implicate him in Rosie’s murder. Muhammed begins to tell Linden and Holder about a situation with a girl, but it’s revealed he has no idea about Rosie’s case. Instead, he and Bennet are helping a young girl, Aisha, who was earlier reported missing by the mosque. 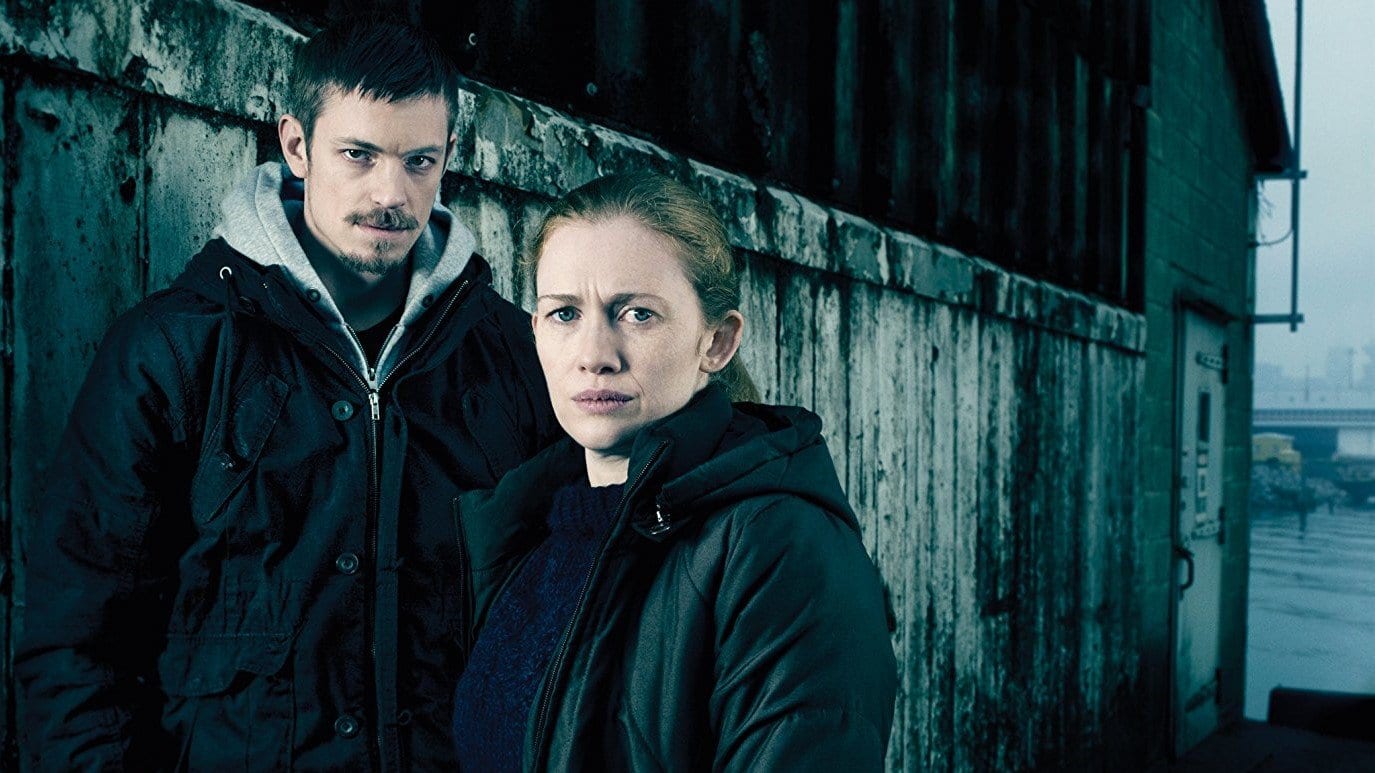 Muhammed and Bennet are protecting Aisha from an arranged marriage, so he takes Linden and Holder to the apartment where she’s in hiding. Linden gets a call from Amber, who claims Bennet hasn’t returned home all day. We then see Stan and Belko begin to beat Bennet, who has been kidnapped. Whilst doing laundry, Mitch finds Rosie’s missing pink T-shirt, a near match for the one found in the last episode. Quickly realising she’s made a mistake, Mitch tries to phone Stan, but there’s no answer. A safe and healthy Aisha Ramallah (Odessa Rojen) opens the door to Linden, Holder and Muhammed, which shocks our two detectives. The final montage ends as Holder calls for an A.P.B. out on Bennet, while Stan and Belko continue to beat Rosie’s former teacher until he’s unconscious/possibly dead.

Major red herring alert! So, after Episode 9, we’re basically back to square one, or are we? Let’s check the facts: the men presumed guilty of Rosie’s murder, Bennet and Muhammed, might be innocent after all. Whilst all the evidence connected them to Rosie’s case, they were instead helping a young Somali girl called Aisha, who was previously thought of as missing by the mosque. Aisha is presumably the girl the neighbour/witness saw being carried out of Bennet’s home on the night of Rosie’s death. If only you told the police earlier, Bennet, maybe you wouldn’t have had such a bad day (if he wakes up at all, that is). After his kidnapping at the end of the episode, Bennet confesses to Stan, “Mr. Larsen, please! You have to believe me. I had nothing to do with your daughter! I’ve been helping another girl! Her name’s Aisha. I couldn’t tell you! I couldn’t tell the police!” After these revelations, there’s a fair-to-good chance that neither Bennet or Muhammed had anything to do with the murder of Rosie Larsen.

But, if that is indeed the case, where does that leave us now? After their attack on Mayor Adams in the previous episode, the Richmond camp is accused of endorsing a smear campaign against Adams, who tells the press he couldn’t have fathered a child with his alleged mistress because he is sterile. “A desperate act by a desperate man,” says Adams in reference to Richmond. And, even though Adams reveals he was lying during a private conversation, the press believes his “truth.” So, once again, Richmond’s plans have backfired, which causes further friction within his camp. In addition to the mess caused by the leak, Gwen tells Richmond about the attacks on the Somali community, including the mosque, for which Richmond feels partially responsible. In desperate need to save his public image, Richmond resorts to asking Drexler for $5m, which he wins as the result of a bet. Clearly, Richmond is getting desperate.

Also, Linden, wanting more information on Bennet, goes looking for Richmond, so her arrival at the campaign headquarters couldn’t have come at a worse time. Richmond tells Linden, “I have done everything in my power to aid your investigation from the beginning, and I am sick to death of your implication…that my campaign had anything to do with that girl’s murder.” Maybe there is a greater connection between Bennet, the Richmond campaign and Rosie’s murder, and Linden is just being a good cop? She’s clearly become obsessed with this investigation (like others previously, of which there have been allusions throughout the season), so let’s give Linden the benefit of the doubt. Her instinct may turn out to be right…maybe.

Stan, Stan, Stan. You were doing so well! After I commended him for not being like Leland Palmer and after he showed incredible restraint in the earlier episodes, I guess his criminal past got the better of him in Episode 9 of The Killing. We see the sweet, caring side of Stan when he attends to the safety of a little girl riding her bicycle earlier in the episode, then is later driven over the edge when he and Belko kidnap and attack Bennet—something he previously did so well to avoid. By the way, did anyone notice how Belko just started to repeatedly punch a huge rock when Stan was pounding away at Bennet? Something is not right with that guy. Maybe he and Rosie had an association, about which we’ve not yet learned? If I’m to make the comparison with Twin Peaks, maybe Belko is like Ben Horne, in that they’re both good friends and colleagues of the murdered girl’s father. It’s a good job there are four more episodes left to cover in Season 1!

The next article in “The Autopsy of The Killing” will focus on the 10th episode of The Killing, written by Nicole Yorkin & Dawn Prestwich, and directed by Ed Bianchi, respectively. And, if you’re enjoying this series, I’d love to hear from you! Leave a comment below, and/or give me a follow on Twitter (@JonSheasby), and we’ll continue the conversation over there.