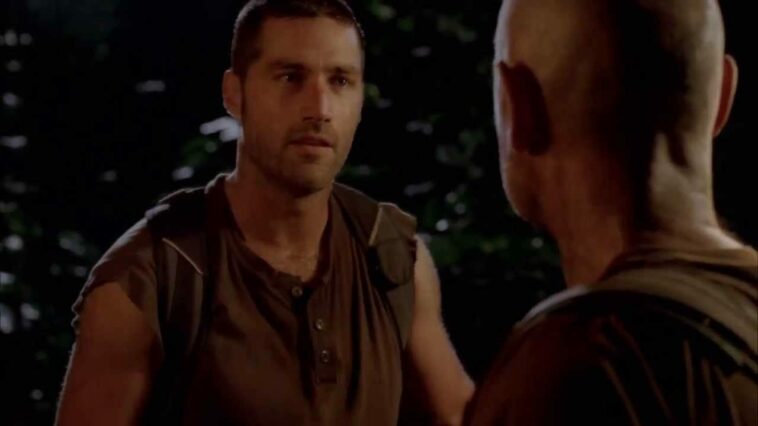 “Man of Science, Man of Faith” was the name of the season premiere of Lost’s second season and was a “Jack-centric” episode. It was the highest rated episode in series history during its original viewing, with over 23 million people tuning in, hoping to see what they hoped would be a resolution for the many cliff hangers the Season 1 finale had left fans speculating over for months. For the purposes of this article, I plan to look at exactly how pivotal this episode was in setting the tone for the rest of the series, how this episode either drew fans closer to the story or pushed some away and also exploring the title of the episode and its many meanings.

I am of the belief that Lost told you exactly what kind of show it was in the pilot episode. From the choice to have all of the survivors hear what we would come to find out was the Smoke Monster, to the Monster killing the plane’s pilot and then the survivors hearing Danielle Rousseau’s repeating message that lead to Charlie’s infamous line “Guys, where are we?”, the show was trying to tell viewer’s that this wasn’t a scripted version of Survivor. It was something more, something mysterious, something Sci-Fi at heart, but many chose to ignore that throughout Season 1. While Lost dropped mythological breadcrumbs throughout Season 1, it never beat viewers over the head with its Sci-Fi roots, choosing to slowly peel back the onion a bit each year. Man of Science, Man of Faith, was the first time that the show was “too weird” for mainstream viewing audiences.

Season 1 had left many unanswered questions and the Season 2 premiere answered one of the big ones in the opening scene. “What’s in the hatch?” was a question that never quite reached “Who killed Laura Palmer?” status but more than 23 million people really wanted to know. So when the answer was revealed to be a man, all alone, living what appeared to be a pretty normal life—except for the fact that every 108 minutes he had to enter numbers into a computer straight out of the 1970s to keep the world from ending, a lot of people were done. This was no longer an Island survival story with some mysterious happenings dangling in the background. Blowing open the hatch door was a metaphor for the show blowing the door off any pre-conceived notions of what this show was to be. For some, it just wasn’t what they wanted. For other’s like myself, Lost entering the hatch was a rabbit hole that had my mind racing with possibilities. This story, this world became so much larger all by virtue of the show going underground.

“Man of Science, Man of Faith” introduced Desmond Hume to the story. Desmond would go on to become one of the series most popular and most important characters. Desmond, of course, was the man in the hatch but perhaps just as importantly, he was also featured in Jack’s flashback. Both men, several years prior to the Island, were running up and down the stairs in the same stadium. Desmond we would learn was training and Jack, well Jack was just being his usual intense self. When Jack makes the connection at the end of the episode that the man in the hatch was the same man who had helped him with his ankle on the stadium steps years ago, it furthered the seed of faith in Jack.  Yes, Jack, our heroic doctor was always a man of science. Despite how hard he tried to suppress it, Jack was also a man of faith. Some fans tend to assume that the episode’s title is referring to Jack as the man of science and Locke as the man of faith. While technically true, Jack’s flashback served as a device to show us that Jack did have faith in a “bigger picture” despite how hard he tried to ignore that voice in his head. Jack’s speech to his fellow castaways about how they were going to survive the night also furthers that point. Seeing Desmond on the Island at the end of this episode, much the same as seeing his deceased father early in Season 1, would force Jack to evaluate his personal beliefs in a way he was completely uncomfortable with. The part of him that thought he could intellectualize everything was being challenged by the voice in his head that said somethings simply defy logic and that’s OK.

“Man of Science, Man of Faith” was a catalyst of many changes. By entering the hatch, this Island show went from the beautiful ocean, blue skies and warm trees serving as its backdrop to a dark, cold, underground world for a large majority of its scenes in Season 2. The changes weren’t just visual – the significantly less inviting atmosphere of the hatch brought about changes in the characters, forcing them to look long and hard at who they were and what they believed in. While most of that is another story for another article, that all started here and was truly a bold move for the show and its creative choices. The question of faith vs free will was an underlying theme as characters debated whether or not the world would really end if they quit entering the numbers every 108 minutes and perhaps more importantly, do you want to even take the risk of not entering the numbers and being wrong?  The show’s mythology really gained traction in the hatch with the introduction of the mysterious Dharma Initiative videos and also to electromagnetism as a force in the series. Desmond, introduced here, would be the “centric” character in the Season 2 finale, “Live Together Or Die Alone,” which was shocking to see a character we knew so little about to be featured so prominently.  The gamble paid off and Desmond forever became entrenched in our hearts and minds. Perhaps most importantly, “Man of Science, Man of Faith” marks the true beginning of the Damon Lindelof and Carlton Cuse partnership. Damon was brought on board to the series after ABC had already approved the J.J. Abrams-directed pilot. While Damon did co-write the pilot and was the Show Runner for all of Season 1, he was working with some ideas and a concept that had been handed to him. Cuse came on board in the middle of Season 1 as the co-Show Runner. It’s been said that due to the fast-paced nature of network TV, Lindelof and Cuse didn’t really get to create their long term vision for the show together until after Season 1 had ended. “Man of Science, Man of Faith” represents the beginning of that shared vision. For some, it wasn’t what they wanted. For me and many others, it was exactly what we needed out of television at that point in time.