I was thus weighed down by the pleasant burden of the world in the way one
commonly is by sleep, and the thoughts with which I attempted to meditate upon you
were like the efforts of people who are trying to wake up, but are overpowered and
immersed once more in slumberous deeps. No one wants to be asleep all the time, and it
is generally agreed among sensible people that being awake is a better state, yet it often
happens that a person puts off the moment when he must shake himself out of sleep
because his limbs are heavy with a lassitude that pulls him toward the more attractive
alternative, even though he is already trying to resist it and the hour for rising has come;
in a similar way I was quite sure that surrendering myself to your love would be better
than succumbing to my lust, but while the former course commended itself and was
beginning to conquer, the latter charmed and chained me. – Augustine, Confessions, Book VIII (397 A.D.) 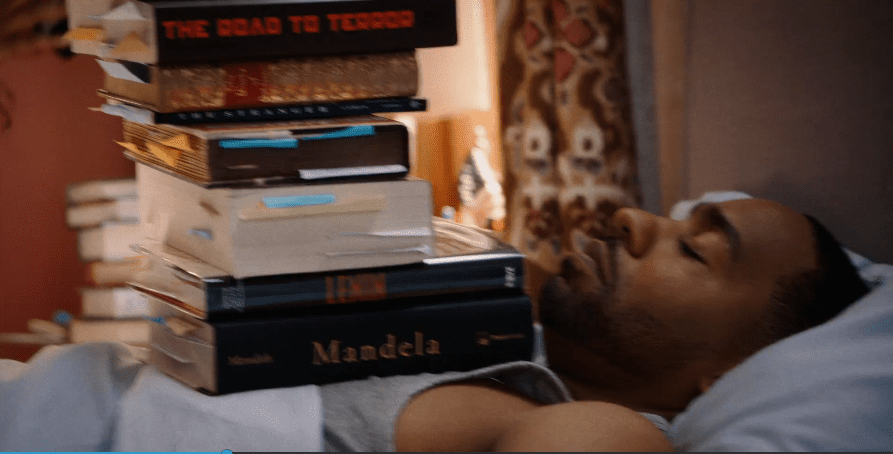 Living in what has come to be known as Miracle, TX, John Murphy is an apostate. “There are no miracles in Miracle” is his mantra. We see him visit Isaac, who offers readings based on people’s palm prints, and demand to be told that it’s all bullshit. Isaac refuses to say so – though it is not clear how much it would have helped if he had – and thus John comes back with his firefighter buddies and sets Isaac’s house on fire. This may seem harsh, but to John it is the spreading of humbug and superstition in Jarden that presents the real threat.

At the beginning of his arc, at least, John represents a hard realism in relation to the Departure. Perhaps no one disappeared from Jarden, but that doesn’t make it a magical place. He’s not concerned with figuring out what happened on October 14th, but with protecting his town, and his family. People may have disappeared from the world, but the world is still here. Even if the reason for the event eludes us, there must be a reason. The laws of nature haven’t changed. Life goes on. And thus he sees people like Isaac as engaging in pernicious exploitation. There are no miracles.

His wife Erika seems to be with him on this. As she tends to John’s victims – Isaac, and then later Dr. Goodheart (who was selling water from the town at exorbitant prices) – she cautions them not to do anything stupid like press charges. Yet she buries birds in the woods because of how her grandmother told her Jarden was special. She may not believe this in a robust sense, but she is more open to the mystery than John is.

As it turns out, the fire John set at Isaac’s also means that Kevin, Nora, Jill, and Lily have nowhere to live when they get to Jarden. They were going to a rent a part of Isaac’s house, which is now gone. So Nora makes an impulsive decision to buy a house at auction at the visitor’s center, and they become the Murphys’ new neighbors.

John seems friendly, but stern. He’s a serious man, who gets a little too worked up about a cricket that he keeps hearing but cannot find. Then his daughter disappears. John refuses to even consider that she and her friends may have departed. The palm print on the window their car leads him to suspect Isaac at first, and then to start printing the palms of all the men in town he can.

By the time he discovers that the print matches Kevin’s, the latter has regained his memories of the night of the girls’ disappearance, and wants to share them with John. But though he can’t accept the possibility that the girls departed, neither can he hear that they staged it themselves. So he ends up shooting Kevin in the chest. 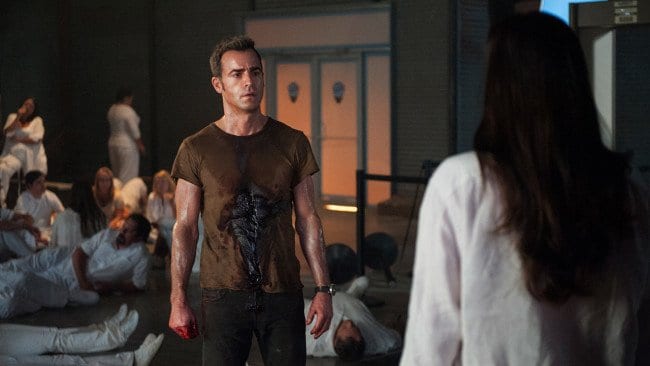 Of course, then he learns that Kevin was right; his daughter had joined the Guilty Remnant and has now reappeared on the bridge to town. After the town is overrun, and chaos has broken out, he finds Kevin trying to patch himself up in Erika’s clinic. “I killed you,” he says. “Nope” is the response. John is right, however, that Kevin should have bled out. He should have died. Perhaps it is this that explains the shift we see in John’s character in the third season. It is in this moment that John is forced to admit that he doesn’t understanding what is happening.

Now, three years later, as the seventh anniversary of the Departure approaches, Erika has left him and he has married Laurie Garvey. Together, they run a business that strongly resembles the one Isaac had going before John burned his house down. John takes a palm print, but has an earpiece through which Laurie feeds him information about each client, which she finds with her exceptional internet skills. How do we explain this massive shift in John’s character? He’s gone from burning down the house of a man he suspected of being a con artist – (it really is never made clear whether Isaac had a real gift) – to being one himself.

The fact that he shreds the money they receive for this service the first time we see them do it is perhaps a clue. One presumes he did not shred the money every time, because that would be stupid, but he did at least this once, and Laurie mentions it after she discovers the extent to which he has become involved – along with his son Michael – in Matt Jamison’s beliefs about Kevin. 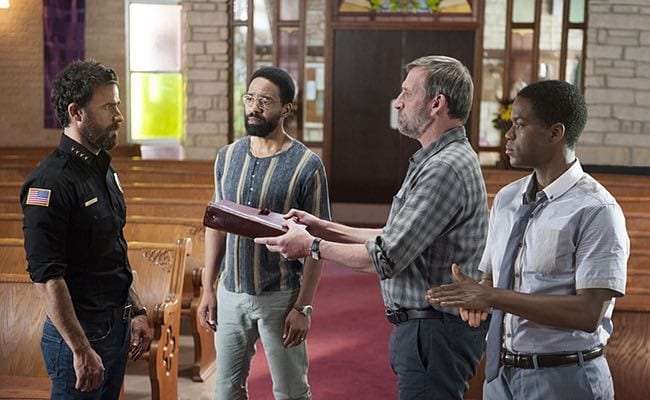 In the penultimate episode of the series, Kevin Garvey Sr. laments the quality of what he calls “the last supper” in Australia. He suggests that they are disciples of Kevin Jr. and biblical comparisons ensue. Here, Kevin Sr. says that John is already John, but in terms of drawing analogies between characters in The Leftovers and the Bible, it should be clear that John Murphy is Saul/Paul of Tarsus. Discovering that Kevin was alive after he himself had shot him dead was his “Road to Damascus” moment. John doesn’t just change between season two and three, he has undergone a conversion.

Perhaps he rationalizes the work that he and Laurie do by thinking that it helps people. It does seem that they provide some comfort to those who have lost loved ones. Their policy against doing departures could be viewed through a cynical lens, but alternately it could be that they found themselves unable to help in such cases. As Laurie tells Nora, she and John offer closure, but those who lost family to the Departure don’t want closure.

Whatever the rationale, John has clearly become far more open to the possibilities of the strange. He thinks that Evie may still be alive, even though the visitor’s center she was in was destroyed by a drone strike, er… “gas explosion.” And while he may not believe that Kevin is the messiah, he certainly seems open to the possibility of something like that, at least.

This makes sense, however, in terms of John’s personal experience when it comes to Kevin’s seeming inability to die. It is one thing to deny miracles in general, and another to deny one what one has seen with one’s own eyes. Indeed, that seems like something worth writing down, and continuing to explore. It’s not that Kevin is Christ returned – it’s not clear that anyone in this story truly believes that – but that he is an exceptional figure in a story one cannot help but relate to the mystery of the Departure.

Paul went from persecuting Christianity to being its most adamant proponent. John Murphy’s conversion is perhaps less extreme, but the parallel exists nonetheless. Of course Paul never knew Jesus, and went on to practically found Christianity through his epistles. Here the comparison breaks down, as there is no indication that John ultimately decides to devote his life to preaching about Kevin.

What is important is John’s conversion, and not analogies to the Bible. It is a conversion entirely within the space of the absurd. His starting position is one of denial: everything makes sense, even if we can’t make sense of it. There are no miracles in Miracle. He resembles a New Atheist like Richard Dawkins, in viewing faith itself as pernicious. He has a moral clarity in the face of everything he views to be potentially dangerous nonsense. It is not just belief that John denies at the beginning of his arc, it is the absurd mystery of the strange forces of existence to which faith is a response. His position is to foreclose the very space of the question. Burn the house down.

Thus his conversion is not one that takes him to a position of dogmatic belief, like Paul, but one that opens him to the mystery itself. Evie disappeared once and came back; how is he supposed to accept that she is dead this time? And, if she is, maybe Kevin can pass to the other side and talk to her. After all, he killed Kevin, and yet Kevin lives.