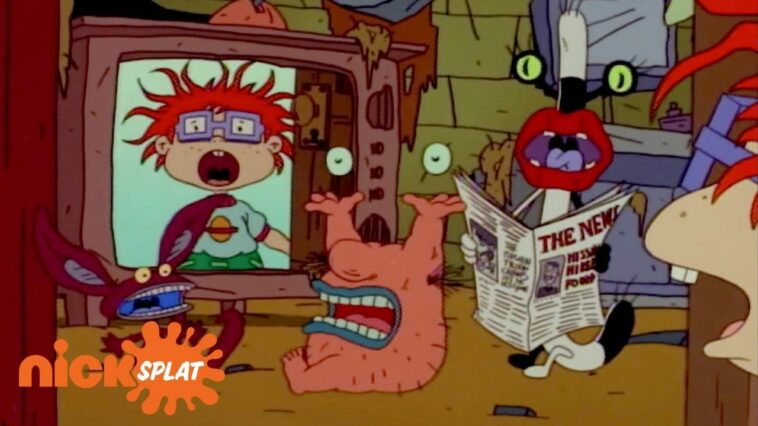 Here at 25YLSite, we handle a lot of heavy lifting. Analysis, interpretation, deep discussion, introspective interviews…you name it, we’ve got it. “Favorites” takes a lighter approach to the material we normally cover. Each week, we will take you through a list of favorites—whether it’s moments, scenes, episodes, characters, lines of dialogue, whatever!—in bite-sized articles perfect for your lunch break, a dull commute, or anywhere you need to take a Moment of Zen. So, sit back and enjoy this week’s offering: Holiday Godfrey’s favorite animated Halloween specials.

There are precisely 42 reasons why Halloween is unquestionably the best time of the year. Some of those reasons include trick-or-treating, haunted houses, dressing up like the current most hated political figure, and drinking until you can’t remember your name. Another reason though is that your favorite show will sometimes make a Halloween special. When I was a young warthog, I used to sit on the family room floor with my brother and watch any Halloween special that would air during the month of October. The following list of ghoulish specials includes some of my childhood favorites, and also ones that have been added to my list over the last couple of decades. Enjoy or die. 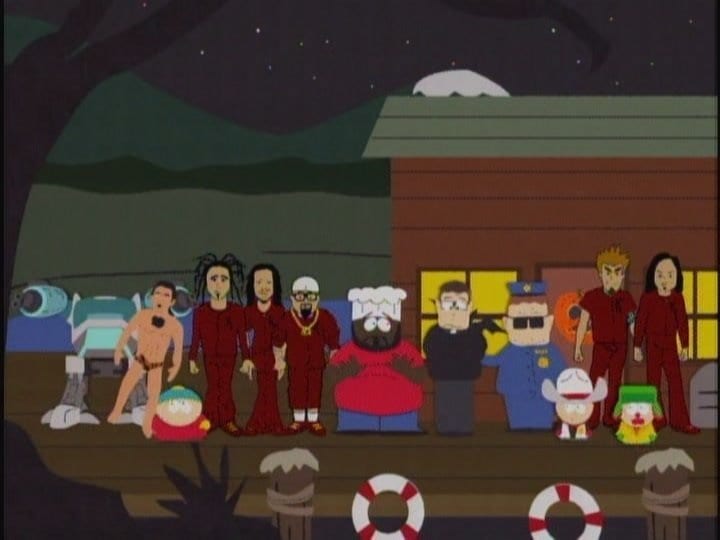 Even though there are thousands of Halloween specials out there made over the years, this one in particular was the easiest pick for me.The episode aired in 1999, which was probably the height of my Korn obsession, so that alone makes it nostalgic gold for me. The fact that Korn is fashioned to mimic The Scooby-Doo gang makes it all the more magical. The special is based around Kyle and his friends trying to get back at some bastard 5th graders for scaring them with pirate-ghosts (or ghost-pirates). So Kyle and his friends dig up Kyle’s dead grandmother and use her decomposing body to freak out the 5th graders.

Grounds-keepers then have to go around the town explaining to people what grave-robbers and necrophiliacs are, going as far as to pull out a jar of mayonnaise to demonstrate what it might sound like to make love to a dead body. The whole episode is wonderfully obscene, and is topped off by the best cartoon concert ever performed at the end of the show, with Korn playing “Falling Away from Me.” 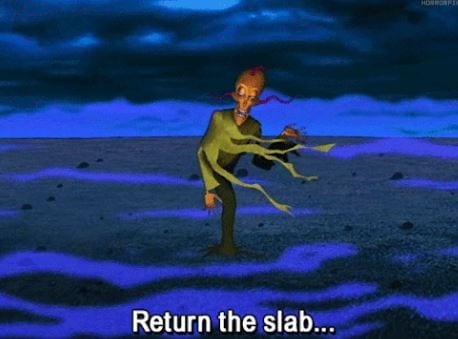 Courage the Cowardly Dog was always a cute and spooky little show that I watched when I was growing up, but the Halloween special episode “King Ramses Curse” needs to be blasted into space. Anyone around my age just needs to hear “Retuuurrn the slaaabb” to send them running for the hills. The episode follows a simple formula of Eust being an insufferable moron who nearly gets his entire family killed for money. I’d honestly rather watch Hereditary again than have this show’s rendition of King Ramses stuck in my head all night, thus making it one of my all time favorite Halloween specials. Courage for life.

The Adventures of Pete and Pete “Halloweenie” (1994) 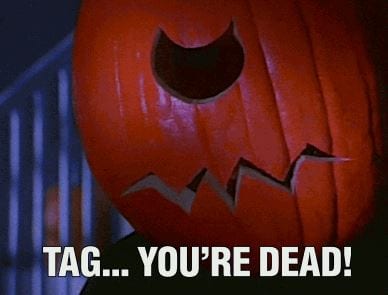 This Pete and Pete Halloween special is close to my heart because it brings back memories of trick-or-treating with my mom, brother, and friends, and the ridiculous goals we would set ourselves for the evening. Those goals may have been to hit up over 100 houses for candy, or to simply evade older kids who would terrorize anyone younger and weaker than them. The Petes and their friends goals are a bit more important in this Halloween special though, as they have to catch the dastardly “Pumpkin Eater” gang before they trash their town, and the town shuts down Halloween FOREVER. As we all know the Wrigley brothers unmask the Pumpkin Eaters in the end, and all is well, but now that I’m older the best thing in this special is Iggy Pop calling the head Pumpkin Eater a stooge. 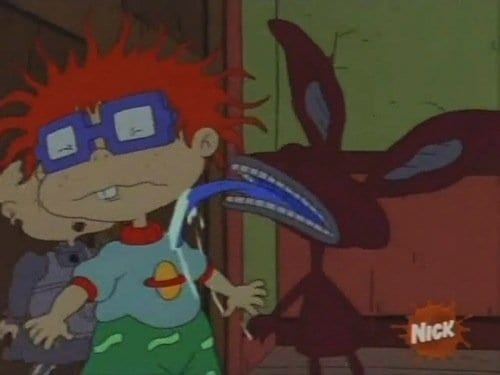 This Halloween special is a two-fer! It’s an actual nostalgic goldmine, this episode is. The babies are having an indoor camping sleepover; complete with a battery powered campfire with the completely dreadful Angelica, and she demands ghost stories. As the babies bob and weave their way through Angelica’s torturous ghost stories, trying to keep the terror to a minimum so Chuckie doesn’t throw himself on top of the campfire, the single greatest animated Halloween crossover of all time happens when the babies run into the crew of Aaahh!!! Real Monsters, who thankfully decide to not eat the babies, but instead enjoy a nice pudding in the kitchen. My 11-year-old self was most satisfied with this episode because Angelica gets her just deserts for scaring the babies in that she ends up just flipping herself out instead of anyone else. Way to go babies. 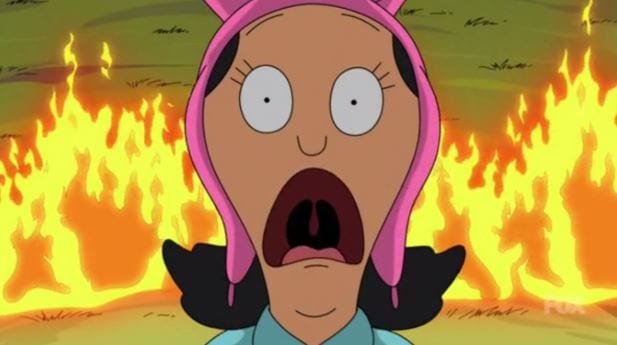 Bob’s Burgers is one of the best shows on right now for a lot of reasons, but one of my favorite things about the shows is that they consistently do Halloween specials, which a lot of shows seem to skip over and just do Christmas specials.

This special is all about Louise and how she is apparently impossible to scare. The Belchers band together and rent out a house to put on the sweetest Halloween scare of all time; literally encircling the house they’ve rented in fire and having people in cloaks chant in Latin.

The entire family pretend to lose their minds with fear, letting the youngest Belcher think they’re all about to die, just to keep their daughter/sister happy and immersed in the Halloween spirit. Even if it means potentially setting a house on fire, that’s real love.

Sadly I couldn’t do a write-up on every single Halloween special that I love because that would take an excruciating amount of time to do, and I’m sure you would all hate me by the end of the article. Which Halloween specials are close to your heart that I didn’t mention? Let us know!