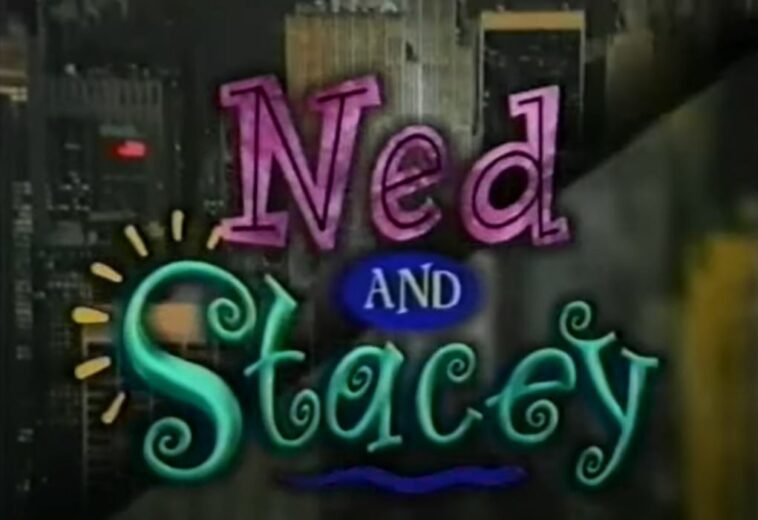 As part of our ‘Cancelled Too Soon’ series, we looked back at the 1995-97 Fox sitcom Ned and Stacey starring Thomas Hayden Church, Debra Messing, Nadia Dajani and Greg Germann. The wonderfully talented Dajani played Amanda Moyer, sister to Stacey (Messing) and wife of Eric (Germann) who for the life of her, can’t understand why either of them wants anything to do with the unconventionally weird Ned (Church). That is until she decides to go into business with him in the form of running a muffin shop. Dajani is remarkable as a woman trying to keep things sane in an absurd situation and it was her performance as Amanda that made me a fan of the wonderful actress. Dajani was kind enough to talk to us about her time on the show.

Jason Sheppard: Do you think Ned and Stacey was ahead of its time or just right for the time?

Nadia Dajani:  I was so green when I was cast on Ned and Stacey, I’m not sure I understood the larger picture of anything other than it looked as though I wasn’t going to have to wait tables anymore.

JS: What was your first impressions of the writing and how that first episode pulled the main elements (acting, energy) off absolutely brilliantly?

ND: I just remember feeling grateful every single day, like I hit the Actor Lottery. [Series creator] Michael Weithorn took such a chance hiring me, I really didn’t know what I was doing.

JS:  In season one Amanda spent the bulk of her scenes with either Stacey or Eric but season two saw a shift where Amanda spent a great deal of time with Ned when they opened the muffin shop together. I always loved the dynamic between these two characters. They acted as if they hated each other but I believe they had an odd respect for the other. What is your takeaway about season two and the relationship between those two?

ND: I loved having more to do! I think most actors would agree. I loved the dynamic the writers created for Ned and Amanda, it gave both us so much to work with. Although my memory serves as ruining a ton of takes because Tom would improv something insane and make me laugh really hard.

JS: I just went through the entire series (again) and I just love the different aspects to Amanda. She loves and supports Eric and her sister but has little patience for anybody who wrongs them. She’s surly but ultimately a caring person which we see most clearly in the fan favorite episode “Fifteen-A-Minutes”.

ND:  In many ways, Amanda is my first love, my alter ego. I remember a lot of strangers would ask me “Why are you so mean?”, but I never saw her as mean. All of her actions seemed very justified to me. Perhaps because I’m a lifelong New Yorker? We tend to call it as we see it.

JS: What is your final take on playing Amanda?

ND: I really loved playing a character who was so honest, it allowed me to be grounded and try and find the comedy out of that.

If you enjoyed this interview, check out these others:

Author Scott Ryan talks about his new book, The Last Day of Letterman

Composer, Stephen Endelman talks about his new film, A Man, A Boy and his Kite

Entertainment reporter living at the end of very cold Canada. Proud owner of a diploma in journalism and just about every CD by John Williams ever released. Favorite directors are Spielberg, Scorsese, Kubrick, Tarantino, Fellini, Lynch and Fincher. Twin Peaks, Sopranos and Six Feet Under are the greatest TV dramas ever crafted and I love 90s sitcoms such as Spin City, Sports Night, Newsradio, Seinfeld and even that one with Deadpool working in the pizza place. Click linkies below to follow me.