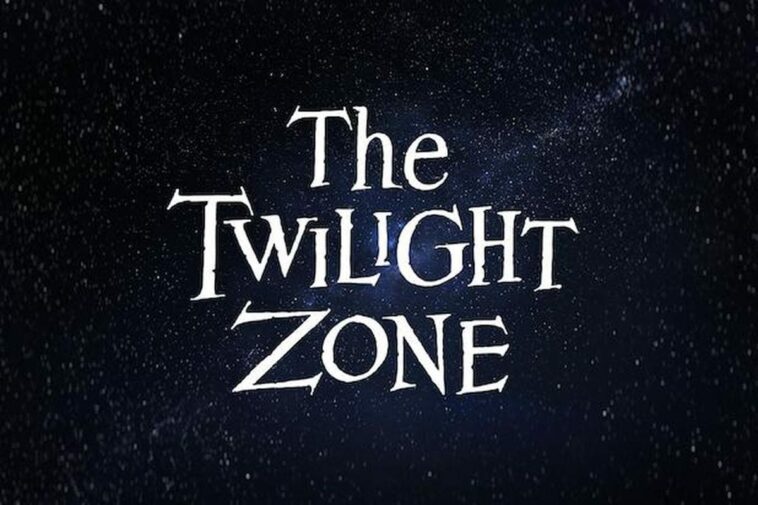 The second episode of the new Twilight Zone, “Nightmare at 30,000 Feet,” takes a much different approach than its premiere “The Comedian” did. Not only is it 18 minutes shorter, but it’s also the first episode of this current Twilight Zone run to directly reference a seminal entry in the original series: the William Shatner classic “Nightmare at 20,000 Feet.”

The Shatner episode dealt with a man’s fragile psyche as he insists that something or someone is on the wing of the plane on which he is a passenger. (It should be noted that this episode was also redone for Twilight Zone: The Movie starring John Lithgow in the Shatner role.) In the new series, Jordan Peele decides to tackle the paranoia and stress portions while ditching the creature angle. 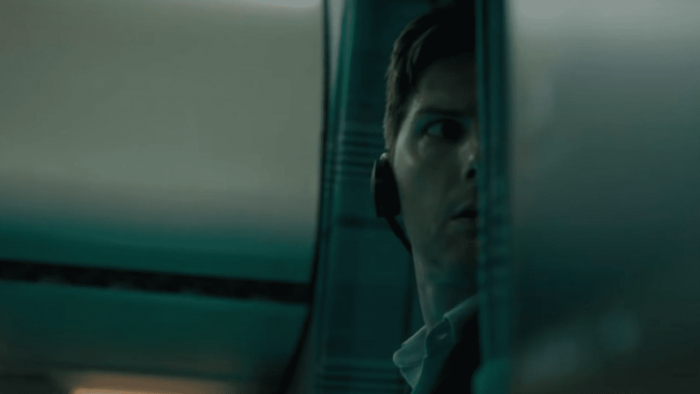 And what is more paranoiac and stressful in this post-9/11 world than flying? Cramped spaces, annoying passengers, little to no food, and the inevitable ignorant souls who assume anyone wearing a turban is a terrorist—not to mention endless security lines and constant delays. Air travel is not a cheap, fun ride to accompany your trip; it is almost work in itself. And, as a result, tensions are always high.

Directed by TV veteran Greg Yaitanes (House, Banshee) from a teleplay by Marco Ramirez (Daredevil), “Nightmare” does everything it can to ground the episode in realism by emphasizing the mundane nature of air travel. By placing this experience around something most viewers have experienced firsthand, there is built-in tension before the episode even takes off (no pun intended).

“Nightmare” follows investigative reporter Justin Sanderson (Adam Scott), who is about to board a plane to Tel Aviv on assignment. We quickly learn that the easily agitated Sanderson suffers from severe stress issues but can’t seem to quit the work that constantly drives up his stress levels. Before he boards his flight, his wife berates him over the phone for not staying home, which she knows would be best for him.

Sanderson starts his journey off nobly enough, giving up his first-class seat to a man who’s been separated from his family and forced to sit in business class. But it is all downhill from there. Not only does a nosy neighbor he met in an airport store (Silicon Valley’s Chris Diamantopoulos) keep popping up throughout his journey, but in the storage pocket in front of his seat Sanderson finds an old iPod that will unexpectedly unravel his life forever. 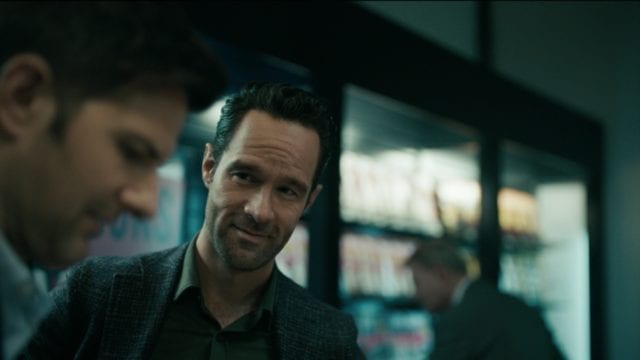 On a lark, Sanderson gives the preloaded podcast on the iPod a listen and discovers that the podcast is all about the legendary disappearance of Flight 1015 (which also happens to be the flight he is on). As the podcast slowly describes his fellow passengers and notable incidents that occur on the flight, Sanderson starts to wonder if he has finally lost it or if he has to intervene to save the plane.

Just thinking about the premise itself gives me goosebumps. Despite only being 37 minutes in length, “Nightmare” packs in so much around the already potent stress of flying. You can’t help but feel nervous and exhausted as Sanderson, expertly played by Scott, keeps investigating further and further into the passengers, crew, and pilots of the plane, much to their chagrin.

Just like in the original episode, we are constantly questioning—along with the main character—if what we see is really happening or is a figment of the imagination. The journey to that answer is a fun, if completely uncomfortable one.

The ending of the episode may create some debate and does what some high-concept science-fiction thrillers unwisely do: tells us too much. Instead of letting the audience enjoy the great “what if” of why Justin found an iPod that predicted the future, the teleplay ends up telling us how the podcast was constructed and what happened to all the passengers we came to know, trust, or fear. This very short wrap-up, two minutes at most, feels foreign to the rest of the presented episode.

I’ve heard mixed reviews from many sources on the show’s first two episodes, but I feel that The Twilight Zone is now batting two for two in the stories it has presented so far. “Nightmare at 30,000 Feet” provides nail-biting tension and an intriguing “how-will-it-end?” premise. The only thing that might hinder one’s final opinion is that ending—which, for me, didn’t match up with the entire episode—but I still highly recommend the episode overall and look forward to continuing my adventures in the new Zone.

The next available episode is called “Replay” and will be available on CBS All Access on April 11th.

Will is the author of the little-read books Secure Immaturity: A Nostalgia-Crushing Journey Through Film and Obsessive Compulsive: Poetry Formed From Chaos. Will is a film critic at 25YL but also specializes in the Marvel Cinematic Universe and the occasional horror review. Will loves his hometown Buccaneers and lives in Phoenix, AZ, USA with his two daughters.