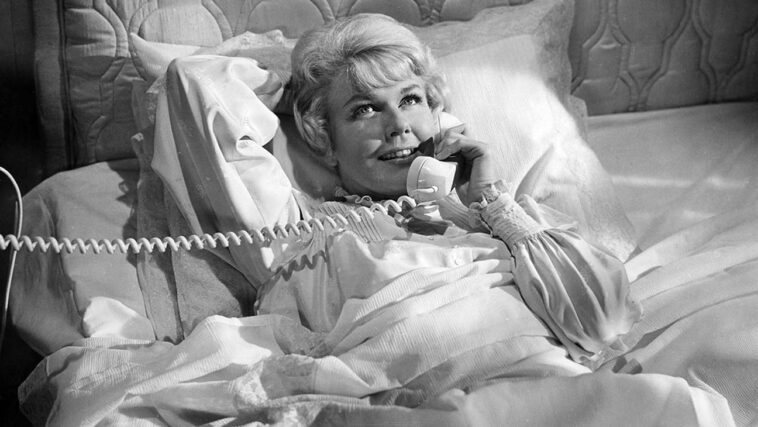 When I was just a little boy my Grandma used to sit me on her knee and sing Que Sera Sera to me before we would snuggle under a duvet watching musicals many of which starred the impeccable Doris Day. It’s one of my earliest memories that I can still remember so clearly so to say I’m heartbroken at Doris’s passing today would be an understatement. Even if you’ve never seen her movies (surely we’ve all seen at least one right?) you still know who she was.

Born Doris Mary Ann Kappelhoff in 1922 in Cincinnati, Ohio, Day was known for appearing in a huge number of musicals and romantic comedies as well as recording a staggering 29 studio albums. She first tasted fame when she recorded Sentimental Journey in 1945 which quickly became a popular anthem during the Second World War and in the following year she became the highest paid female singer in the world.

She got her big break in movies when Betty Hutton dropped out of Romance on the High Seas, due to pregnancy, and this led to her appearing in some of the greatest musicals ever created such as Tea For Two, On Moonlight Bay, April In Paris, and Lullaby Of Broadway. And then in 1953 came one of the biggest roles of her career, Calamity Jane. 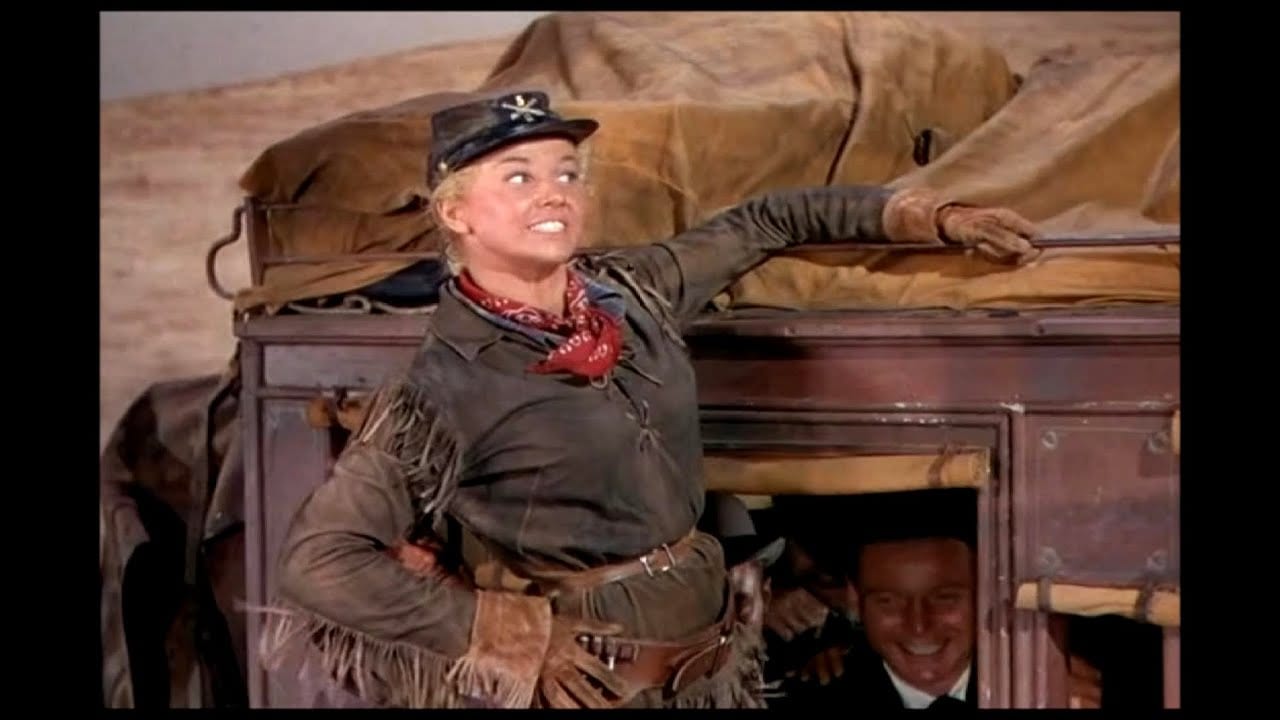 Like most other little boys I was into Cowboys (although probably not for the same reasons that the straight boys were) and then I discovered Calamity Jane through my Grandma. It created a heavenly place consisting of the Wild West and brilliantly catchy songs, what’s not to love? ‘The Deadwood Stage’ and ‘Just Blew in from the Windy City‘ are two of the most memorable musical songs of all time and I’m proud that I still know them word for word.

After these roles, she decided to branch out beyond musicals and romantic comedies and appeared in thrillers such as Alfred Hitchcock’s The Man Who Knew Too Much and Andrew L. Stones Julie. The latter didn’t do as well as expected and she promptly returned to comedy and in 1959 she secured her only Oscar Nomination for her role as Jan Morrow in Pillow Talk. How this woman was only ever given one Oscar nomination in a career that spanned decades is beyond me. This was her first movie alongside Rock Hudson that secured them huge box office success together across the 1950s and 60s.

It’s hard to believe that she hasn’t appeared in a movie since 1968 but after he role in With Six You Get Eggroll she moved to the small screen with The Doris Day Show. The show ran for over 5 years but then she largely retired from the screen and became an animal rights activist starting up the non-profit organization, The Doris Day Foundation, which aimed to help animals across the US.

It was her foundation that released the sad news of her passing today stating that she “had been in excellent physical health for her age, until recently contracting a serious case of pneumonia”. She had turned 97 last month, an age that many of us will never get to see, and had spent the occasion celebrating all week with “dear friends out of town” and enjoying “quiet dinners”. The foundation also confirmed that she died in her home in Carmel Valley surrounded by her close friends. 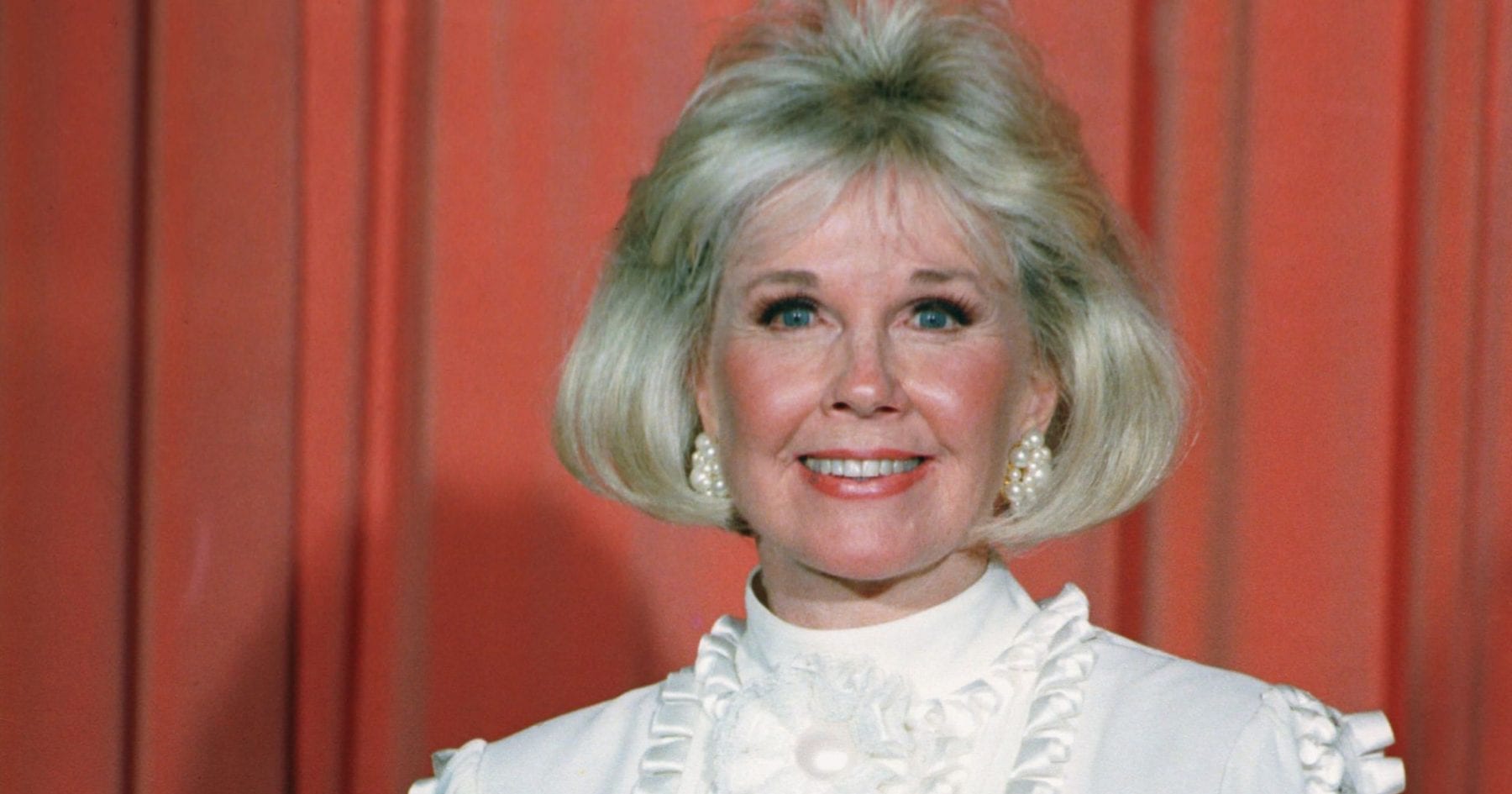 People often ask why we get upset over the deaths of celebrities as we never really knew them after all. We may not have known them personally but they are still a huge part of our lives, they enter them through movies, music, TV, etc and we create memories that we cherish forever. If it wasn’t for Doris Day I wouldn’t still have the wonderful memories I have of spending time with my Grandma watching her movies, singing, and having a loving time together. That’s why we get upset, they’re a part of our lives and memories. Nobody knows what’s waiting around the corner for us and anything can happen at any time, so cherish each other and make those happy memories together, because as Doris famously sang, “The futures not ours to see… Que Sera, Sera”.