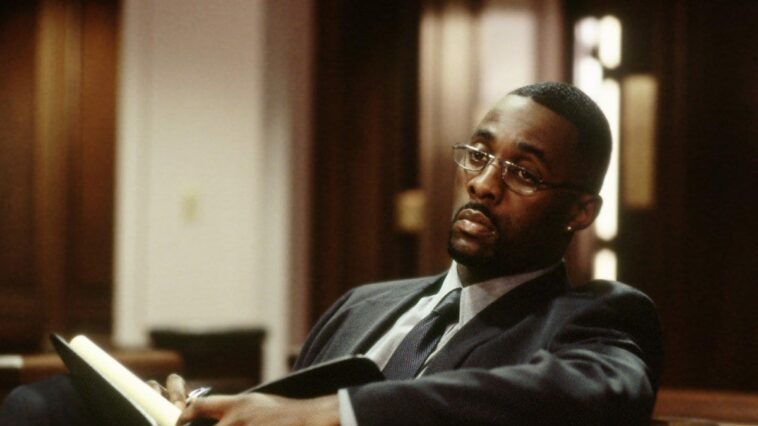 A pilot can make or break a show and, if it’s not so great, it can turn off any viewer from watching the rest of the series. Join 25YL as we take a deep dive into TV pilots that we found lacking in our Powering Through the Pilot series. This week, join Bryan O’Donnell as he looks at the pilot episode of The Wire. Got a pilot episode you love or hate (or something in-between)? Be sure and let us know!

When talking to people about TV shows, it’s pretty common for HBO’s The Wire to come up. Many people (including yours truly) say it’s their favorite show of all time. But I have also come across a significant number of people who say they tried it but couldn’t get past the first couple episodes. As someone who has watched the entire series many times, this seems almost unfathomable. “How did you not love it?” I would say when I first heard this complaint. But viewing The Wire‘s pilot episode, “The Target,” by itself, I can objectively understand why it trips some people up.

I now have a response prepared whenever I hear from someone who only watched the first couple episodes of The Wire: once you get through Episode 4 or 5, you will be hooked. I promise.

The Wire‘s pilot episode throws a lot of information at the viewer, with tons of unnamed characters and unfamiliar police terminology. Watching the episode while familiar with who everyone is, it’s pretty amazing to see just how many characters are introduced. In one early scene of D’Angelo Barksdale’s trial, we see D’Angelo, Stringer Bell, Wee-Bey Brice, Jimmy McNulty, Judge Phelan, and Maurice Levy all in the same courtroom. A first-time viewer has no idea who many of these people are or how they will all interact throughout the show. 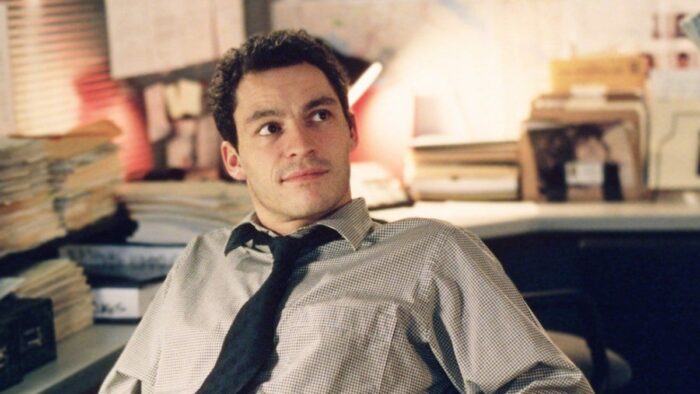 So many other characters make an appearance in The Wire‘s pilot episode, and the show does not hold your hand in any way. Names and titles are tossed around with no explanation. At one point, Lieutenant Daniels tells Kima Greggs to “call Andrews at DEA” to dig up some information on Avon Barksdale. As far as I know, “Andrews” is never shown in The Wire. Moments like this can really be confusing, and as a viewer it can be difficult to separate what is a necessary detail and what is basically a throw-away.

The Baltimore police are in the dark about even simple details about Avon, just like the audience. The viewer has to piece together a lot of information on their own. I remember the first time I watched The Wire, I didn’t realize Avon Barksdale was the character being played by Wood Harris until about halfway through the first season. I can see how this could turn some people off. Of course, at the same time, this “work” that The Wire requires from the audience is part of the fun.

In addition to some of the confusion presented by The Wire‘s pilot, there isn’t a whole lot happening. Daniels’s investigative team is just taking shape, Jimmy is stirring up trouble by talking to Judge Phelan, and D’Angelo is dealing with the fallout of his mistake and finds himself working in the Pit. A lot of time is devoted to D’Angelo’s trial, which doesn’t have a huge impact on the plot of the season other than to help show that D’Angelo does not quite have a criminal mindset on the same level as Avon, Stringer, or even Wee-Bey. The remaining portions of the episode serve as a set-up for the first season and the show as a whole.

The pilot episode takes its time. Even some of the actors of The Wire were unsure of the pacing of the pilot.

In Jonathan Abrams’s book All the Pieces Matter: The Inside Story of The Wire, which features interviews with the cast and crew of the show, Seth Gilliam (who plays Ellis Carver) says, “I seem to recall the first episode that Dom Lombardozzi [Herc] and I were watching, and figuring, ‘Wow, this show is really slow and boring. I don’t know how long this is gonna last.'”

And Andre Royo (Bubbles) said, “When we saw the pilot, we only had that little pilot testing. We thought that show wasn’t getting picked up, because it’s too slow. TV doesn’t move like this…This is some slow-talking shit. They’re going to hate this shit.” [1]

(Side note: Andre Royo’s insight into The Wire in Abrams’s book is outstanding, and it’s worth reading the book solely for that.)

Taken on its own, The Wire‘s pilot episode is slow moving. But when looking at it as part of the whole, it’s an important episode. If you think of The Wire in terms of a novel, the pilot episode is only the first chapter, or maybe even the preface. Certain important themes are outlined, such as chain of command and when Jay asks Jimmy where he doesn’t want to end up. The first-time viewer may think this is simply a humorous exchange, but it ends up coming back around in Season 2 when Jimmy is banished to the boats.

Such details are enjoyable when coming back to The Wire‘s pilot after watching the full series. The episode also features some classic, memorable lines, such as Carver’s, “You can’t call this shit a war, because wars end,” and Jimmy’s first, “What the fuck did I do?”

The Wire‘s pilot episode may not be perfect, but it’s worth powering through. If you happen to be one of those people who gave up on The Wire after the first couple of episodes, give it another shot. I promise, you won’t be able to stop watching once you get past Episode 4.

1. Abrams, Jonathan. All the Pieces Matter: The inside Story of the Wire. New York, NY: Crown Archetype, 2018.

More From: Powering Through the Pilot