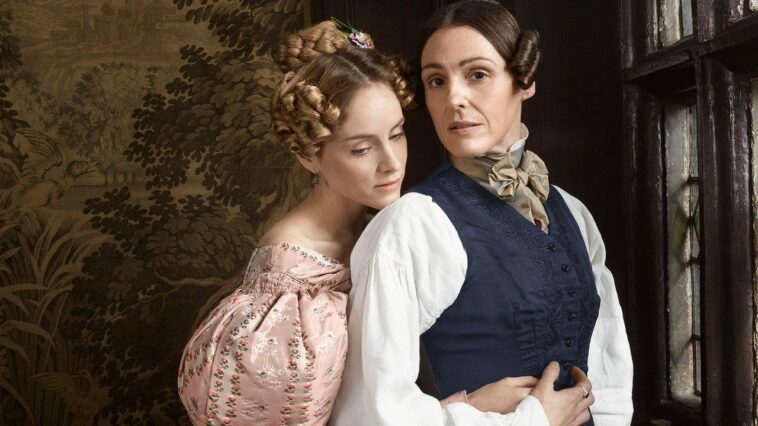 There’s something magical and enchanting about reading a book or watching a film involving a period of time that is not your own. There’s a different code of ethics to society. Everything looks more like a beautifully done oil painting that one would see hanging in a museum. Things seem much more simple, and in today’s world of the internet and lack of connection “simple” is a way of finding an escape.

Finding that escape became very important to me as a teenager. In middle school I would often be found with my head in a book. That book was usually something by Jane Austen, or one of that crowd. If I wasn’t reading then I would be found at the library or local cinema seeing whatever costume drama had just been released. My home life wasn’t easy. I would often wish that I had a chance like Fanny Price to go and live with rich relations. I had a hard time relating to others my age. I enjoyed different things and wished that I could be as smart and strong-willed as Elizabeth Bennet. Maybe if I had been, those things people said about me wouldn’t have affected me. Most of all, I wished that boys could be as straightforward as they always seem to be in these stories. 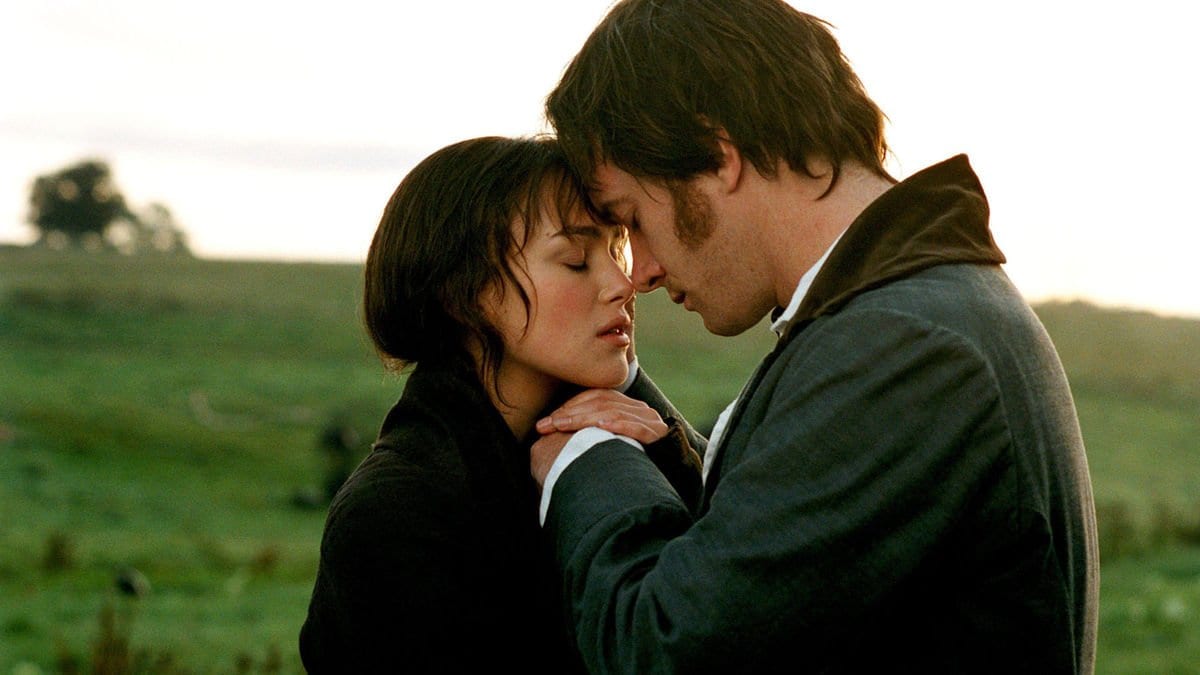 In period dramas, the men were the ones who made calls upon the women at their homes. They shared looks across crowded rooms and sent secret letters in a language no one else could understand. Magic was built up between the two.

As I got older I started to figure out that I was gay. During this process, I began to feel a big void form between myself and the genre that became my younger self’s escape. Story after story, film after film suddenly became all about the strong female character and how she found an equally strong male to match her. Any lesbianism shown was more as an undertone to an already established female friendship.

Then I discovered Sarah Waters. In her writings, and the miniseries that were made from them, there were the basic elements that make up any costume drama with the added bonus of a homosexual relationship. The problem that this presented though, was that once that relationship had been introduced it became the overpowering plot device. Any other themes that the story was trying to put forth lost their value. This relationship then was presented in a way that became more about the physicality of it then the emotional bond it could have created in the characters’ development. A majority of these scenes quickly crossed over from being tasteful to playing fully into typical male fantasy. I felt this lessened their effect for beautiful storytelling. 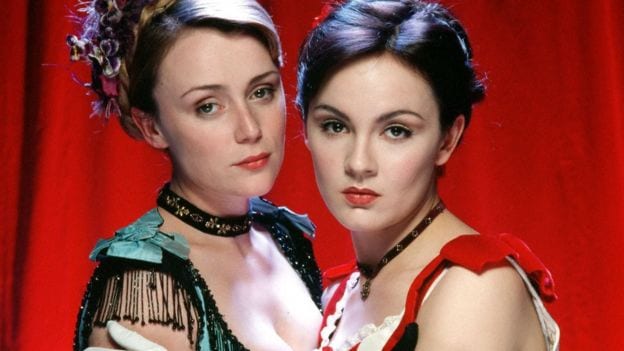 When it felt there couldn’t be a decent balance in the Lesbian Period Piece sub-genre between romance and showcasing the culture of the time, Sally Wainwright swept in with Gentleman Jack. The new series from HBO and BBC that tells the story of Anne Lister, a woman living in the 1830s who was a landowner, entrepreneur and lesbian.

While the main focus of the series is Lister’s growing romance with Ann Walker, it is treated in such a way that it doesn’t become tasteless or overpowering to the other storylines. The series is based on Lister’s diaries, and those go into the fine details of her romantic life. However, the series makes the decision to not make it all about that. That choice really makes what is shown all the more powerful. It’s also a breath of fresh air to see a lesbian period piece tackle eroticism in other ways than playing into the male gaze. Instead, there is clever usage of close-ups and long pauses shared between characters.

Another thing Gentleman Jack manages to do is to make it more than just a show about a lesbian. In the past, once a relationship has been established between women, suddenly the entire story revolves around every shared encounter. Other characters are left underdeveloped. Yet Gentleman Jack‘s entire supporting cast gets storylines, and the characters are allowed to grow. The audience gets to experience how society of this time lives, through the many different classes and situations presented by these characters.

Anne’s lady’s maid, Eugenie, first arrives hardly speaking English. She’s French, and pregnant with the illegitimate child of Anne’s late groom. He had planned to marry her but had the misfortune of getting shot out of a tree. Through her we get to experience Anne’s life from an outsider’s eyes. Eugenie travels everywhere with Lister, and usually gets the brunt of Anne’s private moments. She goes from being completely miserable to accepting her pregnancy. She allows herself to be helped by one of Anne’s servants, John, who happily agrees to wed her in order for her reputation to not be ruined. She finds a close friend with Elizabeth, Eugenie’s predecessor who was injured and could no longer travel. The real growth and acceptance of her new family comes as she arrives back with Lister from Europe. Instantly, she seeks comfort with Elizabeth.

Thomas is one of Lister’s tenants. He allows the audience to get a glimpse of how life was, working the land at that time while being part of the lower class. He also allows the viewer to dive into the theme of abuse and alcoholism. His father is a heavy drinker and takes his anger out on Thomas, his mother, and his siblings. We get to witness Tom’s journey from victim to survivor. Not only does he overcome the hardship that his father had created, he breaks the barrier and marries a class above his own, with the respect from Anne and her family. 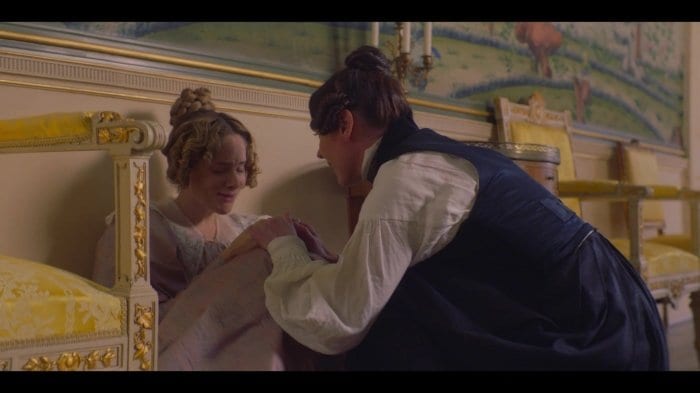 Ann Walker, Lister’s love interest, suffers from anxiety. Usually, in a period drama when the character suffers from any mental illness they are instantly seen as being crazy. They are “put away”, where the only time you see them are in a mental institution looking like a demented animal. Walker’s anxiety is presented more humanely. We are given a glimpse of it when Anne arrives after having left on strange terms the previous night. She returns to Walker’s house, only to find Ann crying on the floor. She blames herself for everything, and constantly makes remarks that Anne Lister is too good for her. Never once does Anne pass judgement or get angry. Instead, she comforts and reassures Ann that she has done nothing wrong. Even as Walker’s episodes worsen, Anne stands by her side. She never passes judgement, whereas the majority of Walker’s own family label her “an invalid” and treat her as such. 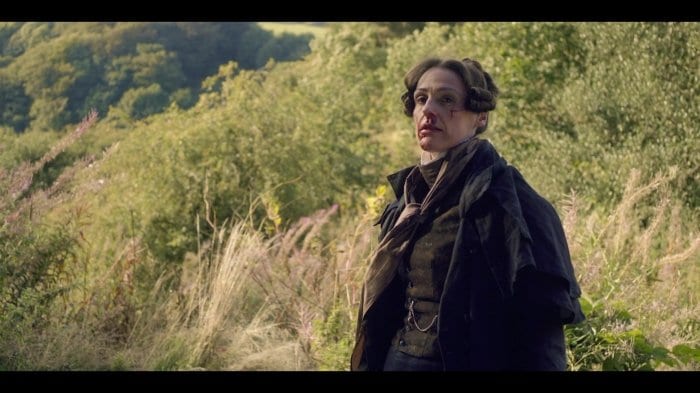 Besides the balance of characterizations in subplots, there is a balance in Anne’s character as well. She lives by a code all her own. She refuses to let her sexuality and sex dictate what she can do, or how she is treated by others. When her tenants attempt to take advantage of her, she calls them out. When she is attacked by a man hired by a rival landowner, she fights back. 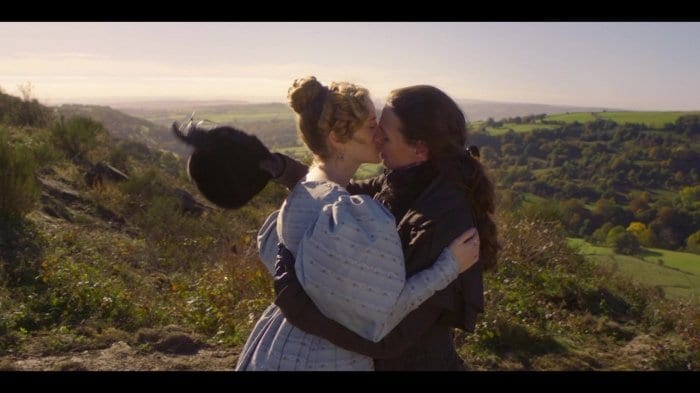 Gentleman Jack essentially takes the aspects and themes of a conventional period drama and turns them on their head. It does this by adding homosexuality, without making it overpowering. It is a series that has allowed a group of people to finally have a show that represents them without being over-sexualized. It will hopefully be a stepping stone for other shows in the genre to tackle these topics in a similar way, bringing the lesbian period drama sub-genre into a much brighter light.