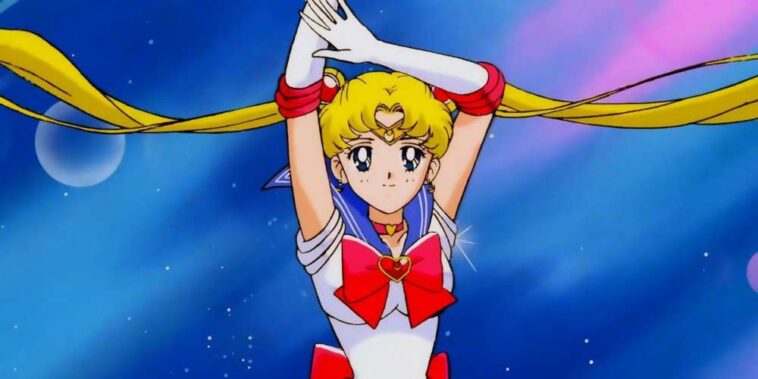 I bet you’re finishing the rest of the theme song in your head right now right? I mean, how can you not? Even if you’ve never watched the show, you probably know the words to that song or have been around someone who has subjected you to it. Sailor Moon is an anime that has reached legendary status in popular culture. She’s infiltrated apparel, toys, stationery, food, anything and everything that can be branded—Sailor Moon is there.

Normally, I’m not one to buy into the mass consumption of products that surround a fandom. But there’s something about Sailor Moon that doesn’t make it feel like a cash grab. It doesn’t feel like overt materialism and instead lets you tap into the nostalgia of your childhood. It helps that Sailor Moon is as wholesome as a cinnamon bun and is the epitome of shōjo anime.

Growing up in the 90s and early 2000s was awesome because in my humble opinion, TV back then was just better. Daria, Gargoyles, The Ren & Stimpy Show, and so many other cartoons flooded the market—many of them classics that hold up today. But in terms of anime, Japanese cartoons were only growing to be popular in the mainstream. Streaming services had yet to be developed and more often than not with the internet you had to pray someone didn’t pick up the phone.

The two reigning champions of anime were arguably Dragon Ball Z (which is legendary in its own right) and Sailor Moon. Both were popular for different reasons, but I think the reason that Sailor Moon had such a prime TV spot was because of the messages it conveyed to the impressionable youths—yours truly being one of them. It was an anime filled with girls kicking butt but ultimately being kind about it.

I want to say every episode is filled with some kind of message but that would be a lie. The overarching theme of Sailor Moon is absolutely about love, peace, and upholding justice but that doesn’t mean every episode needs to speak to that. In fact, it’s almost better that some of the episodes don’t. Sailor Moon brings in a lot of slapstick humour—some of which that got edited out by North American censoring—and develops their characters in such a detailed way that everyone had their own favourite Sailor Scout that they wanted to be (I was Sailor Jupiter).

Did some of those characters fall into stereotypes? Yes. Did we care? No. Even though each Sailor Scout had a specific role to play, they always did it with their own distinct personality. And Sailor Moon as a whole was never one to ignore the secondary characters—if you can even call them that. Each Sailor Scout has their own specific relationships and story-lines that either added to the overall plot or had enough substance to create their own sub-stories.

Sailor Moon made it easy to find a Sailor Scout that you resonated with. And unlike the Spice Girls, if you didn’t get the member you wanted, no one was actually upset about it because they were all awesome.

Even though it had been over a decade since I did a rewatch of Sailor Moon, I still distinctly remembered each character and their personality. I think there’s something to be said about creating such detailed characters in such an impactful way. Whether you saw yourself in their triumphs or defeats, it was easy to fall in love with each girl. Ami’s intelligence, Rei’s temper and loyalty, Makoto’s maturity, and Minako’s love for love were all reasons you kept coming back for more.

But more so than that, it was their relationships with one another that really sold the franchise and made Sailor Moon what it is.

I know it’s easy to mock a children’s anime for the constant berating message of friendship but hey, if it works, it works. And in Sailor Moon, it’s one of the best things about it. Usagi has a unique relationship with every one of her Sailor Scouts and low key, her and Rei are my favourite. The girls’ natural camaraderie amongst each other makes the show. It’s so refreshing to see women being friends, working alongside each other, or even being healthy antagonists. What I mean by that is far too often women are pitted against one another because of a man. But in Sailor Moon it’s because they’re genuinely just a villain.

Sailor Moon is an anime that’s about women for women. It creates strong female protagonists that don’t suffocate or demean one another for the sake of boosting themselves up. It builds upon the idea of women supporting each other and the importance of having female relationships and circles. I’m not saying that if you aren’t female-identifying that this show won’t resonate with you or make a special place in your heart. It’s more that Sailor Moon gives women a chance to see healthy female relationships and someone to look up to.

Far too often women are just a supporting role or their main place in a show is to be that of a romantic interest. And though there’s nothing innately wrong with that, and there is a time and a place for those characters, there’s something so important about having a show like Sailor Moon.

It’s easy to brush off a shōjo anime because it can be so easily classified as light, fluffy, or just filled with all things cute. But what’s wrong with that? Cute can be powerful and it doesn’t diminish the strength of the messages found within.