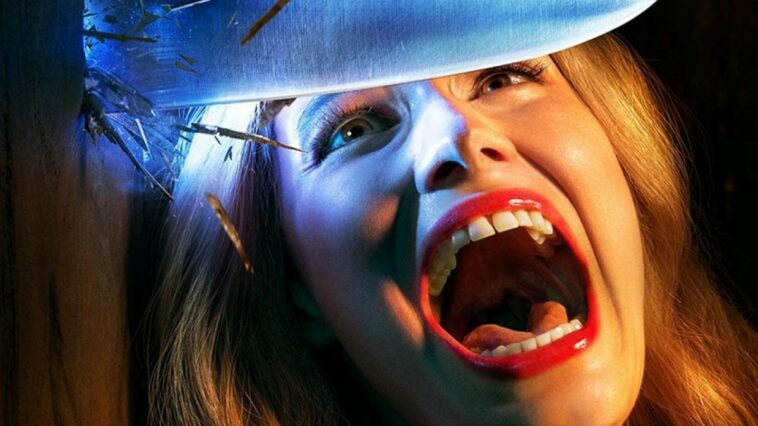 The more I hear of American Horror Story: 1984 the less excited I get for it to start. It does pain me to say that as I’ve been a devoted viewer since day one, but there’s no denying the show has changed for the worse in recent years. I barely made it through Roanoke and Cult and despite having a strong start Apocalypse became a rushed mess which I was glad to be over.

Before you all scream the familiar “Well turn it off if you don’t like it!”, I’d like to say that I still watch the show out of loyalty and faith that things might return to its former greatness. It’s easy to tell people to switch off (even though lower ratings would probably result in its cancellation) but we should learn to appreciate that an anthology show isn’t going to please everyone and we don’t all have to like the same things. Anyway…

The official story trailer for the show’s ninth Season has arrived and it looks as predictable as I expected it too. Predictability isn’t necessarily a bad thing, but in its early years, AHS was far from a predictable show. I held out hope that the eventual trailer would finally get me interested but sadly it hasn’t worked. 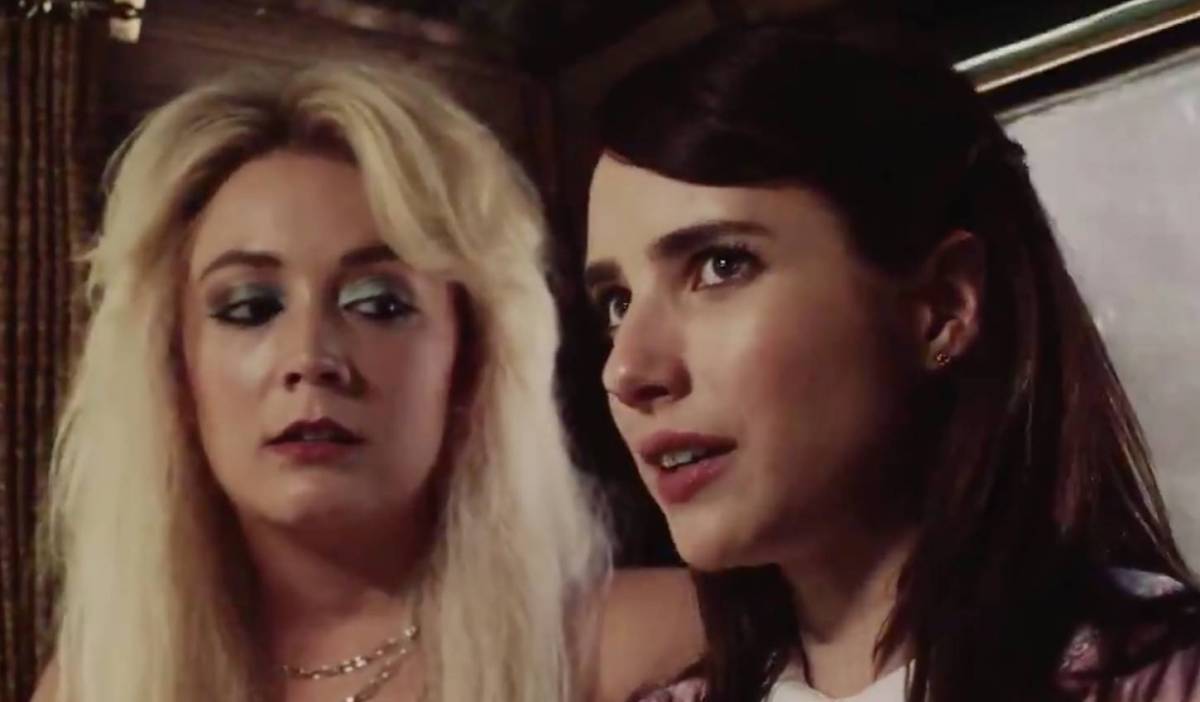 The trailer starts with Cody Fern’s character telling everyone “I got a gig as a counselor at a summer camp they’re opening up a couple of hours from here, you guys should all come”, and off they all go to Camp Redwood. We yet to have it confirmed just where Camp Redwood is located as the location is always a key to figuring out connections to previous Seasons. Usually, Emma Roberts is the stereotypical bitchy sorority style character in everything Ryan Murphy does but this time it seems like they’ve tried to make her into the timid, hesitant one that has some sort of tragic backstory.

As they drive up to the Camp they share stories about a serial killer that the cops are looking for and uh oh, they run someone over. Hello, I Know What You Did Last Summer!! They take their victim —which will presumably turn out to be the serial killer they mentioned— to the Camp to be looked after by the Camp Nurse. It’s then that we learn the killer of this Season will be Mr. Jingles, who’s escaped from a nearby mental hospital.

I know that there’s been a lot of rumors flying around that this Season is connected to Asylum in some way but no, he hasn’t escaped from Briarcliff. At this point in the AHS timeline, Briarcliff would have been shut down for 13 years. That doesn’t mean to say he wasn’t a Briarcliff patient in the past, however, John Carroll Lynch who played Twisty the Clown in Freak Show is returning for this one so chances are he’s playing the killer. Given his age, he absolutely could have been committed to Briarcliff at some point. Does he have a connection to another of their famous inmates? 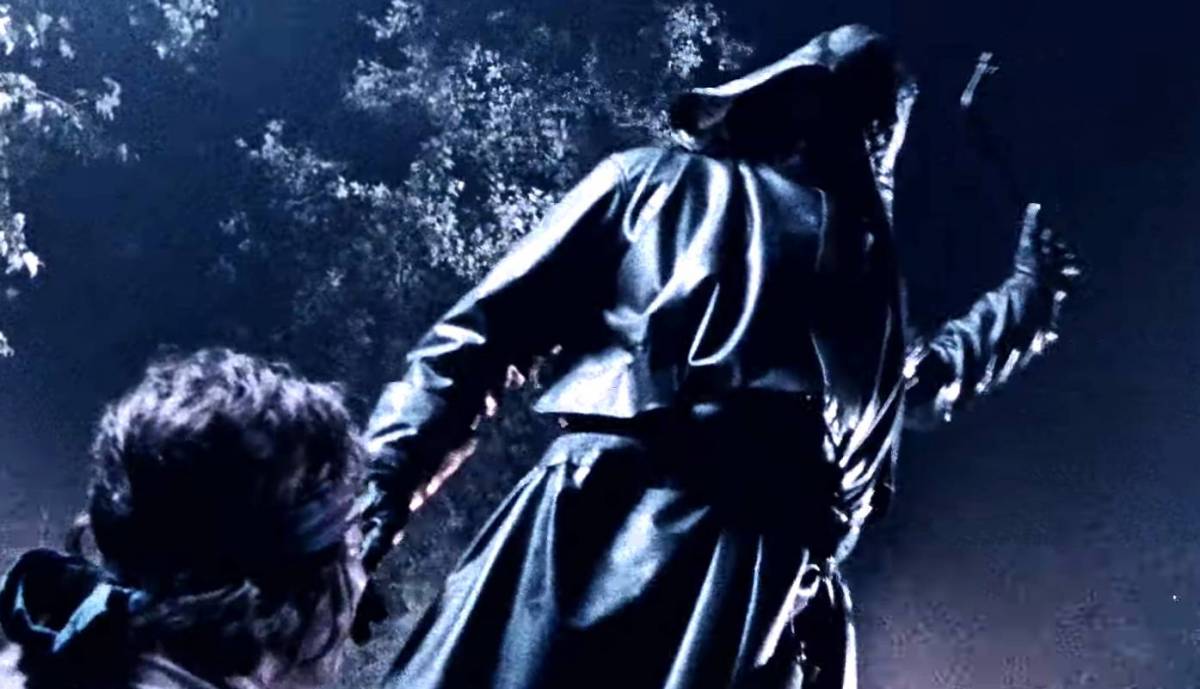 Ian McShane played Leigh Emerson in Asylum who had been sent there after he killed 19 people whilst dressed as Santa Claus. After he escaped the Asylum in 1964 he went on another spree and allegedly killed several nuns. Given that this is 20 years later I don’t think he will be the killer but did he perhaps have a son we didn’t know about? Or has someone been inspired by his murderous story and decided to follow in his footsteps? It’s hard not to think of Christmas when you hear the name Mr. Jingles, which is why I think that will be our connection.

Either that or Sarah Paulson will pop up as Lana Winters for five minutes as she continues her research into serial killers. Leigh Emerson was one of those she went on to research and contemplated writing a book about the bloodshed he caused.

We then learn that the Camp was the site of the worst Summer Massacre of all time and then get treated to a variety of cliched slasher movie scenes. The Season is stated as being heavily influenced by slasher movies from the 1980s and boy does it show. It feels like a simple homage has been well and truly left behind and it’s more a direct copy of numerous movies.

One positive I can draw from the trailer is that Mitch Pileggi (best known as Skinner in The X-Files) has joined the show. I know I have to reserve judgment until I’ve actually seen it, but I can’t help thinking that this show no longer feels like American Horror Story. With the majority of the regular cast such as Evan Peters, Billy Eichner, Frances Conroy, Kathy Bates, and of course Jessica Lange having departed the show it feels like Ryan Murphy has handed it over to a new, younger generation of actors. That’s not always a bad thing, but it’s important to remember that a strong cast was what made the first five Seasons amazing. Without them, we’re left with a show that feels more Scream Queens than American Horror Story.