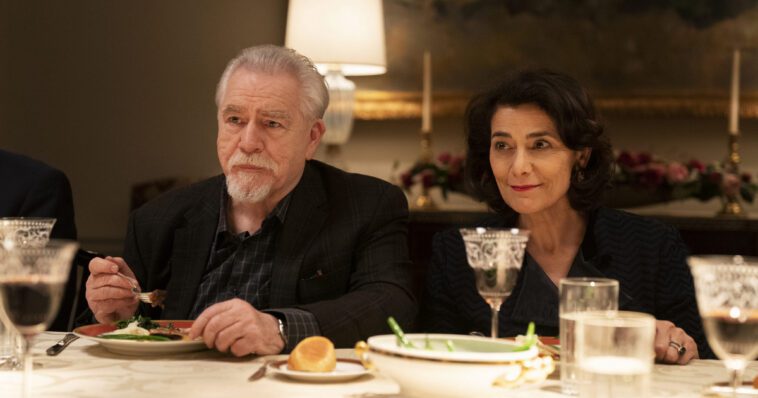 Every week I ask myself, how can Succession top last week’s episode? There has to be a cooldown, a slowing down of the action, so we can build to the crescendo in the season finale, right? Still wrong. This week we saw the Roy family meet an alternative reality version of themselves in an episode that gave us Shakespeare, shitty beds, and sexual desires that won’t soon be forgotten. Season 2 of Succession is halfway over and this week we got another memorable episode in a truly breakout season of television.

In several of my articles this season, I’ve discussed the concept of Succession holding up a mirror to our faces and asking us to see how things really are. This week, that concept was used narratively as the Roys met the Pierces, the family who owns the news network Logan wants to buy. The Pierces are old money in every sense of the phrase, creating an interesting clash of personalities between the families as the Roy family is the embodiment of new money and the corporate greed that has infiltrated our world today. The Roys looked at themselves, looked at a family they could be, and ultimately they preferred who they are. It’s a cutthroat world and Logan and his family are King, for better or for worse.

Watching the Roy family attempt to be more like the Pierce family for the sake of making this sale happen was a dead giveaway that disaster was looming. A lot of the fun of the episode was wondering which member of the family would crack first (and who would crack the hardest). The biggest loser in this week’s Roy family power rankings is, without question, Shiv.

The episode started with Shiv returning from a trip to London. She was obviously rattled and Shiv can’t hide uncertainty well at all. Her attempts to hide whatever happened to her on that trip from Tom was the first domino falling. Later in the episode, when Pierce family matriarch Nan pressed Logan on who his successor would be, Shiv committed the ultimate sin; she forced her father’s hand, asking him in front of both families why her future coronation had to remain a secret. This was the moment when the boiling pot spilled over.

Shiv knew afterward that she had potentially committed career suicide and in a moment of honesty between the two of them, Shiv confided to Tom that she didn’t know why she did it. The question bears repeating: what happened to Shiv in London?

Kendall is almost finding a sense of peace in his current position in life. He’s Logan’s corporate hitman, taking the hardest missions and achieving the desired results. His father has him under his thumb but still keeps him closer than anyone else. Kendall’s drug use keeps the pain of knowing that he’ll never have the position he feels he’s best qualified for at bay.

Kendall met his mirror image this week in Naomi, Nan Pierce’s cousin who has also struggled with public substance abuse. While both Kendall and Naomi do their best to hide their demons, they could sense it on one another and the attraction was immediate. When they finally snuck away to party, the attraction turned physical; their respective loneliness and pain was temporarily eased by one another. As Naomi explained why she hated Kendall’s family so much, Kendall launched back into pitch mode but with a stinging line of truth mixed in. Like Kendall, Naomi is the one closest to the leader of the family business, but because of her past, she will never be in a position to take the reins. Kendall urged her to push for the sale, take the money, and get out. Is that the future he wishes for himself? Is it the only way he feels he can find his own freedom?

It could be argued that Kendall is the reason why the deal was ultimately made. In what could’ve been just a simple gag on a lesser show, the morning after his coke-fueled sales pitch, Kendall woke up to realize that he had literally shit the bed. This served a few purposes. One, as good as Kendall is in his corporate hitman role, he’s still a train wreck. More importantly, however, was how unaffected by it he was. Kendall almost expects to be a fuck-up; he’s accepted it and it’s allowed him to be robotic. While he knows that he’s internally a disaster, his siblings still view him as the ultimate threat in the quest for power. 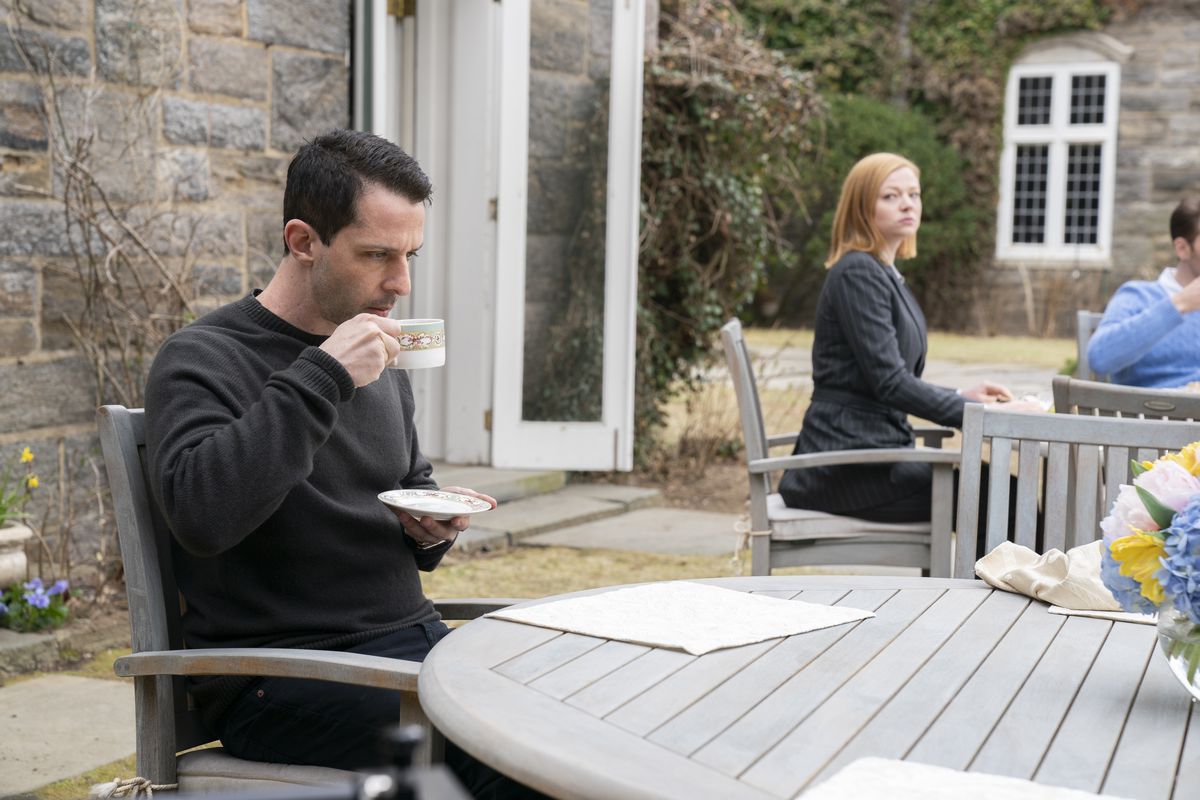 The Roman and Gerri subplot continued in downright hysterical fashion. Roman has been feeling the pressure of his older siblings weighing down on him all season, feeling that he can’t catch a break, and that youngest-child syndrome really took center stage after Shiv proclaimed that she was the chosen one at dinner. Roman, feeling directionless and even more low after his girlfriend told everyone they don’t have sex, attempted to sleep with Tabitha. As it turns out, his roleplay of choice was for her to pretend to be dead, which didn’t do it for her.

Roman turned to Gerri once again to berate him into sexual pleasure, continuing their “I just want to please my Mommy” dynamic. From Roman’s perspective, it makes total sense. Gerri is that mother figure to him: the one who gives him direction, tells him how to fix his problems, and who he trusts on a very deep level. That trust has allowed him to be vulnerable with her in a way that he can’t for anyone else. Gerri’s perspective I’m still trying to figure out. Is this becoming a thrill for her—a sense of escapism which would be desperately needed working for this family? Or is this her way of taking care of Roman (again almost mother-like) since she wants him to be the best he can be and she knows she’s in a position to both help him and care for him? I genuinely don’t know, but as funny as these scenes are, there’s something sweet and loving about them at their core, which is really rare for this show.

I want to wrap up this week by looking at Logan, who seems to have put his foot completely on the gas in his desire for power and control. Logan started this season in a place of vulnerability but that is all gone now. Like a wolf with its prey in sight, Logan wanted this acquisition as a means to solidify his strength and his inner monster is showing. That corporate killer instinct emerged and saw Logan chop down all of his children, Gerri, Tom, and even his wife.

Just as with Shiv, I think this episode of Succession saw Logan boil over. Shiv is not going to recover from or forgive her father walking away from a deal because he didn’t want to name her as successor. Marcia is not going to easily forgive her husband for verbally berating her. Roman and Kendall are both self-medicating in their own ways. In the end, Logan made the deal on his terms, but at what cost? All of those around him are reeling and in terrible places emotionally. Logan might once again feel like he has the upper hand in the war for his company but who will be left to support him? And more importantly, who might be the next to betray him? Are we heading towards Shiv, Roman, Tom, or even Marcia being the next to align elsewhere? Until next time…