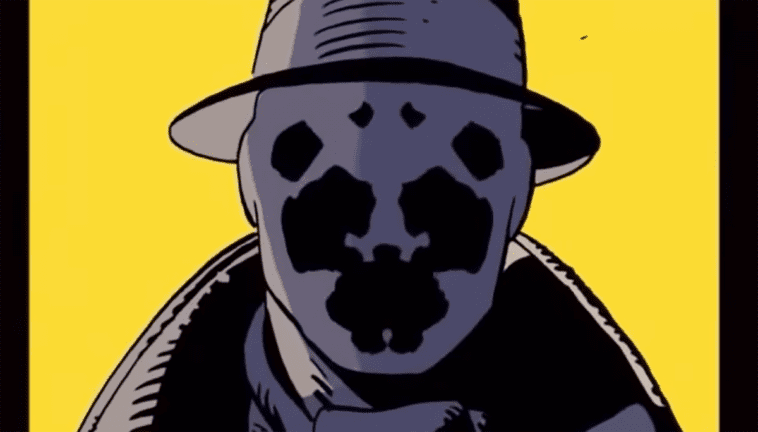 Rorschach, born Walter Joseph Kovacs, is the main protagonist of the original Watchmen series. Rorschach is…damaged, to say the least. He believes in absolutism, that there is only Good and Evil, and evil must be punished. His iconic mask, from which he gets his name, is a representation of this and reflects his beliefs. 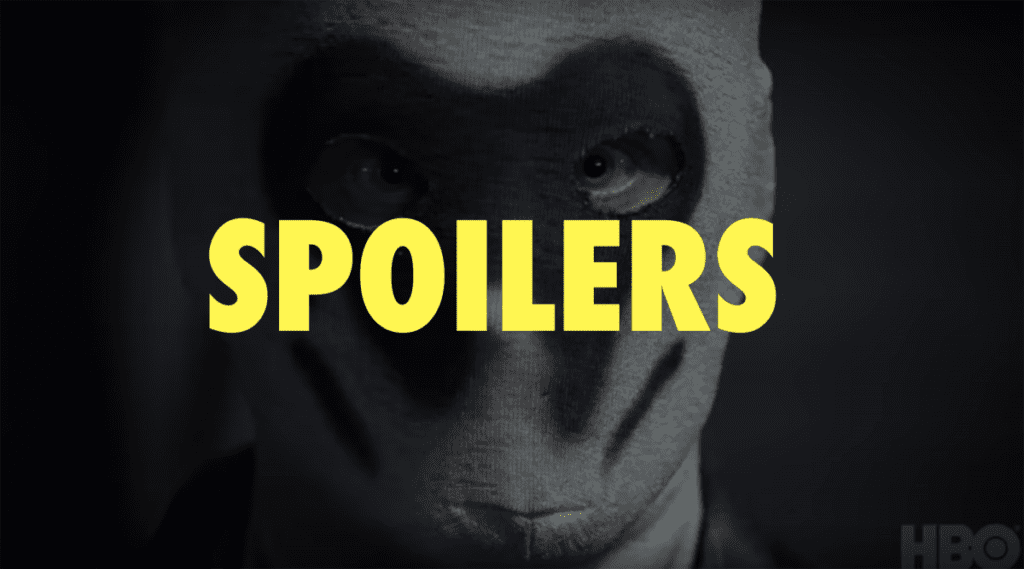 Walter Joseph Kovacs was born on March 21, 1940. He was raised by an abusive single mother and after a violent fight with two older bullies at age 11, he was removed from his mother’s care and moved into The Lillian Charlton Home for Problem Children. At 16, he began working in a dress shop, where he procured the cloth for his mask. In 1964 after reading about the murder of Kitty Genovese, he took the fabric from the dress shop and made “a face [he] could bear to look at in the mirror.” From there he assumed the identity of Rorschach and began fighting crime, leaving criminals beaten and bloodied, but alive. Soon after, he developed a friendship with Nite Owl 2, and the two began working as partners.

In 1975, Kovacs was investigating the kidnapping of a young girl, Blair Roche. He tracked the kidnapping to a man named Grice. When he arrived there, he discovered Grice has killed the girl and fed her to his dogs. He suffered a psychological breakdown following this revelation, after which he killed both of the dogs using a meat cleaver and burned Grice alive. Rorschach later refers to this as the Birth of Rorschach, saying that Kovacs entered that shack, but Rorschach walked out. Rorschach refused to retire in 1977 when the Keene Act was passed and stays active up to the events of the graphic novel.

Throughout the graphic novel, Rorschach is investigating the murder of Edward Blake, AKA the Comedian. Throughout this investigation, Rorschach is eventually caught by the police after being framed for the murder of his old adversary Moloch. After being imprisoned he is repeatedly interviewed by psychologist Dr. Malcolm Long, who attempts to rehabilitate him, but ultimately fails.

Nite Owl 2 and Silk Spectre 2 eventually break him out, and while Silk Spectre 2 is on Mars with Dr. Manhattan, he discovers that Adrian Veidt, AKA Ozymandias, is behind the events of the novel. Nite Owl 2 and Rorschach travel out to Antarctica to try and stop him but arrive too late. As they arrive Veidt kills half of New York City’s population and blames it on an alien invasion. This results in a new era of world peace, and all of the heroes agree to keep Veidt’s secret. Everyone but Rorschach. Rorschach refuses to compromise his morals and plans to expose Veidt, and so in order to preserve this peace, Dr. Manhattan atomizes him.

Rorschach has no superpowers to speak of. He does, however, possess a strong will and is in peak physical condition. He is extremely smart, despite his mental derangement, and seems to have a high tolerance for pain.

Rorschach, as with all the main characters in Watchmen, is based on a character from Charlton Comics. Rorschach, more specifically, is based on The Question and Mr. A, two characters created by Steve Ditko. Rorschach draws his beliefs from Ditko’s own right-wing beliefs—beliefs Alan Moore called in an interview “completely mad.” In modern-day, Rorschach would most likely be referred to as a member of the alt-right. Throughout the graphic novel, he expresses homophobic, racist, and sexist beliefs, all of which seems to infect his character. Alan Moore considers Watchmen a failure because of the admiration often expressed for Rorschach.

At the end of the graphic novel, Rorschach is killed by Dr. Manhattan to maintain Adrian Veidt’s new world peace. We know Rorschach won’t be returning in the new series, but that’s not to say his influence won’t be felt. The Comic-Con trailer released earlier this year depicts a right-wing militia wearing Rorschach masks attacking police officers at their homes. It’s not clear why they draw inspiration from Rorschach, but it almost certainly has something to do with his status as a whistleblower.

At the end of the Watchmen graphic novel, after his death, a newspaper comes across Rorschach’s journal, which he left for them before traveling to Antarctica to face off with Veidt. If this is still treated as the case, his role may be that of a conspiracy whistleblower, from which this militia draws inspiration.

JJ uses They/Them pronouns and is pursuing a Bachelors in journalism and history at The University of Nevada, Reno. They are a freelance photojournalist and frequently works with various antifascist causes along the West Coast. JJ is heavily involved with their local Queer Student Union and Food Not Bombs. They can be found on twitter at @jj_mazzucotelli, on Instagram at @faerie_gothfather and on their website https://jjmazzucotelli.photoshelter.com/.