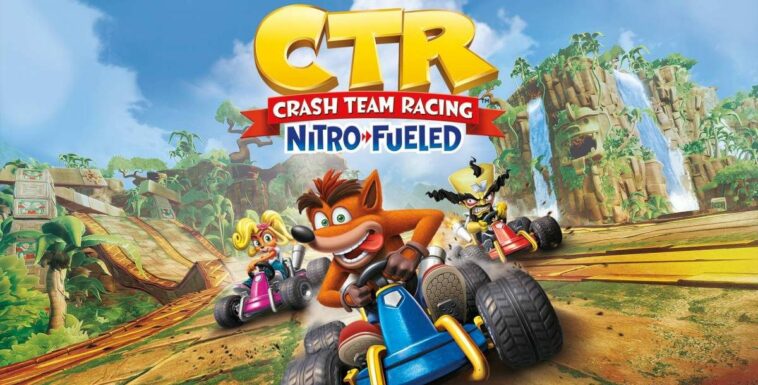 Gaming is an incredibly diverse community; there are numerous genres of games to choose from, and each developer can try their hand at any type of game they please. However, like all forms of entertainment, some creators seem to do much better than others in a certain area. Disney does superhero movies the best with Marvel, Stephen King is the pinnacle of horror novel writing, and in the video game industry, there is one name in kart racing; MarioKart. For the past eight iterations, Nintendo has taken everyone else to school when it comes to making a solid kart racer, and the most recent one (MarioKart 8) just might be the best kart racer ever to grace our screens.

However, there has been some study challengers in the past. Diddy Kong Racing on the Nintendo64 was well received at the time and a fan favorite to this day. Sonic & All-Stars Racing Transformed released a few years ago to high praise as well, but even they could not dethrone Mario and friends. But what about the orange “mascot” of the sony consoles, Crash Bandicoot? Crash had his own trio of racing games at the turn of the century on the Playstation and Playstation 2, but they have not been heard from since, until this summer. In June, Crash Team Racing Nitro-Fueled was released, and some people think that it just might be a good enough kart racer to challenge Mario. After playing both, I have decided to compare the two; let’s begin! 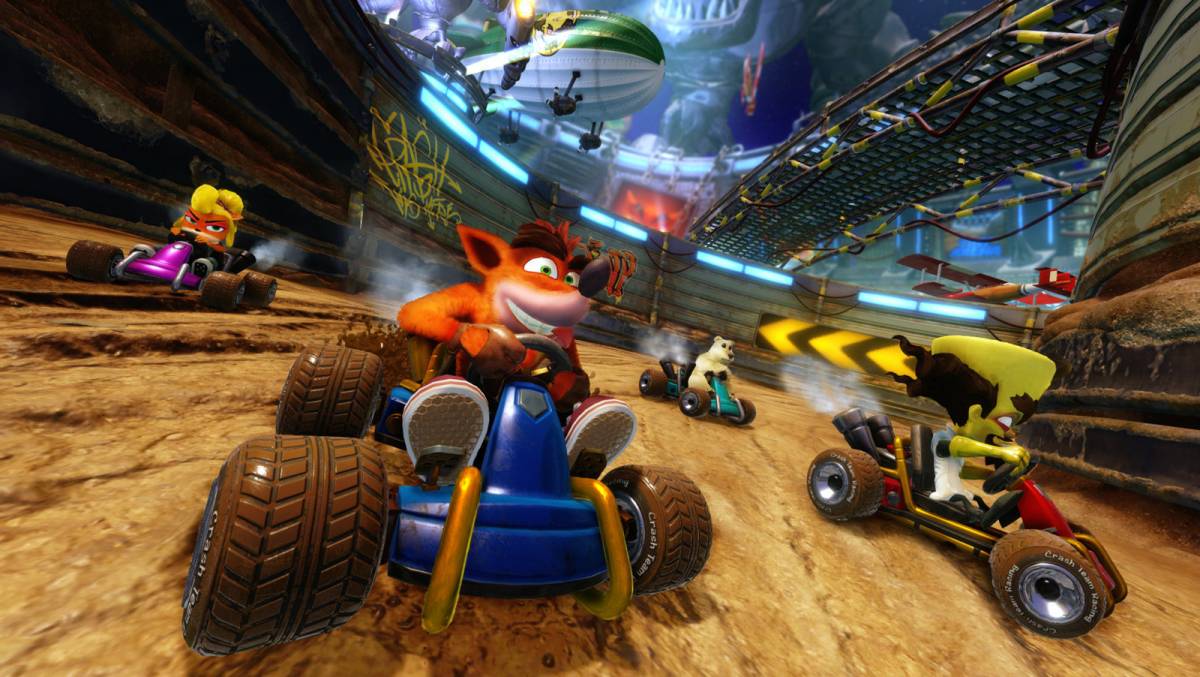 Obviously, the most important thing in any Kart racing game is the racing itself; how it plays, how it handles, and how easy it is to pick up. The problem for Crash and his friends here is, Nintendo has used the better part of two decades to refine the MarioKart series across multiple consoles, and they have it down to a science; they’ve become the gold standard. With that lofty recognition, it always makes it difficult for newcomers to join in the fray. That being said, Nintendo is also at a slight disadvantage here. While each MarioKart is good in its own right, they also run into the problem of being too similar to one another. Sure new tracks, new characters and new karts always help, but the core gameplay and racing are more or less the same with every iteration. It is here where Crash Team Racing could swoop in for some points.

If the baseline for Kart racing is MarioKart, we’ll start there. MarioKart has a very simple racing system that is very easy to learn. You choose a character, choose a cart (and customize it), and choose a track. The racing is also very easy to pick up. Players learn very quickly how to race properly and how to get ahead of someone else.

On top of that, there are items players can pick up and use to their advantage, or to other players disadvantage. This is the formula for most kart racers (including Crash), but it is the racing that is truly magnificent. After only a few short racers, players get a perfect feel for how they are supposed to race, and what they need to do to win. It is so fluid and smooth that it is hard to imagine any new kart racer being better than MarioKart here. 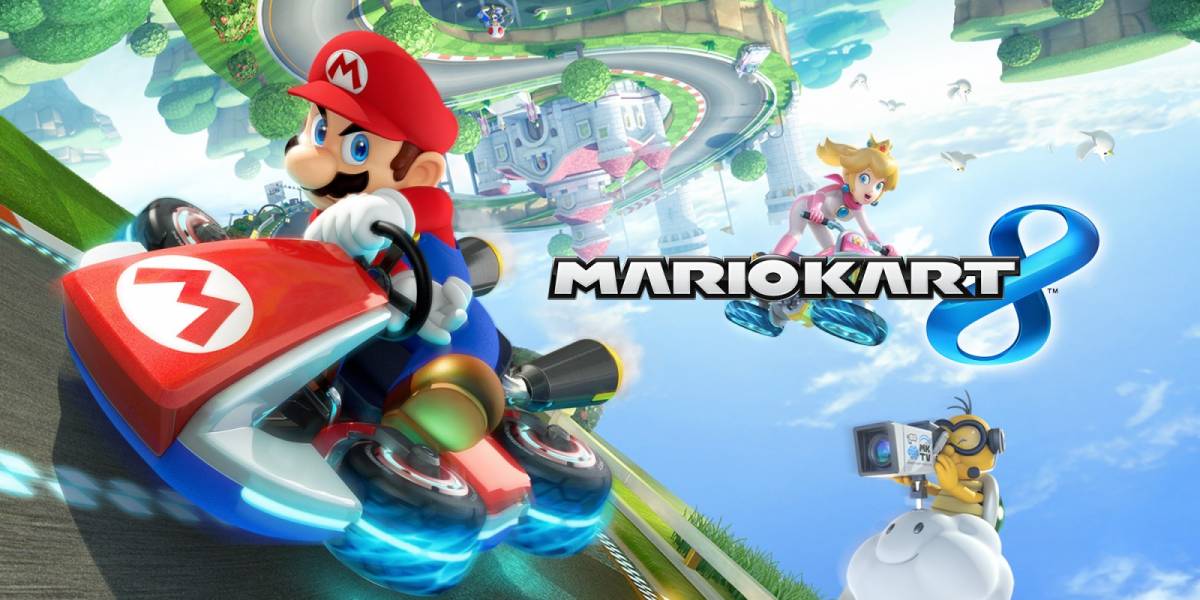 Unfortunately for Crash Team Racing, it just is not better than MarioKart. While the racing of Crash Team Racing is good in its own right, it is tough to beat the gold standard. When playing for the first time, I found myself always trying to race like I was playing MarioKart, not like Crash wanted me to race. After kicking that habit, I started to learn the ins and outs of the game, and it was surprisingly intuitive. But, it took me a good bit of time to get to that point. The game has a learning curve that might not be so forgiving to newer gamers. It is best described as feeling flat. I found myself driving along, but not doing any better, and that feeling took too long to get over. That flatness, this steep learning curve is the lone fault of the racing in Crash Team Racing.

In any racing game, it is really hard to have some form of story or narrative to drive the game forward. The only series that has a history of solid stories in racing games would be Need For Speed. Besides that, most racing games either have a barebones story or do not even have one at all, and that includes very successful racers like Gran Turismo and Forza. Kart Racers are not much different. The reason for this is, the core gameplay is racing. If the player gets too distracted from the racing, then the game as a whole most likely suffers. However, some story can be a good thing. It creates a way for the player to unlock new things and drives the game forward in a more meaningful way (as opposed to just unlocking new things through winning). It is here where Crash Team Racing has a leg up. 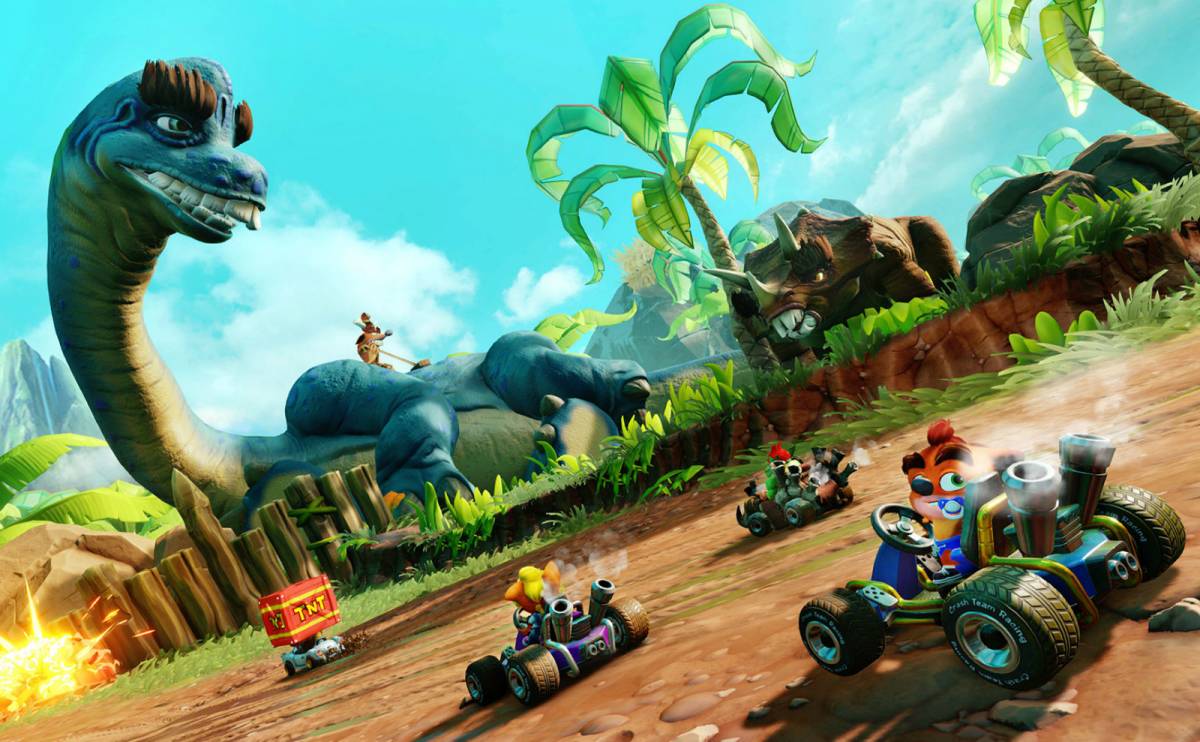 While Crash Team Racing does not have a story in the obvious or traditional sense, they do have a background narrative structure that surrounds the game. In the game, there is a “hub world” where the player can practice driving, and see all the areas they can enter. In order to progress through the game, the player needs to obtain trophies through winning, and use those trophies to challenge bosses. These boss races are a pleasant change of pace for the game because it offers something interesting other than racing. Crash Team Racing gets the victory in this aspect here, simply because MarioKart does not have a story. MarioKart could do well with a story, but it lacks a certain playability without one. Crash Team Racing gets the points here.

Graphics, and how a game looks to the player, is one of the hottest contested issues in gaming. Some players need to have the smoothest and best visual experience imaginable, while to others it just is not that important. In racing games, a good visual experience is very important. The objects on the screen are always moving, and it has to be appealing to the play to avoid dull gameplay. Obviously, this is more important in simulation racers like Gran Turismo and Forza, but a solid visual experience is necessary for Kart racing nonetheless. Here, we may have a tie between the two games.

Crash Team Racing deserves some heavy praise for how the game performs graphically. The game runs smooth, the scenes and backgrounds are colorful and full of life, and the game just looks magnificent overall. Moreover, graphics are only half the story. To most people, how your car looks is just as important as to how your car races. In Crash Team Racing, there is a very large amount of customization options for players to choose from, and you’re seemingly unlocking something after every single race. This keeps the game from getting stale, and in my opinion, is a fantastic upside for the game. 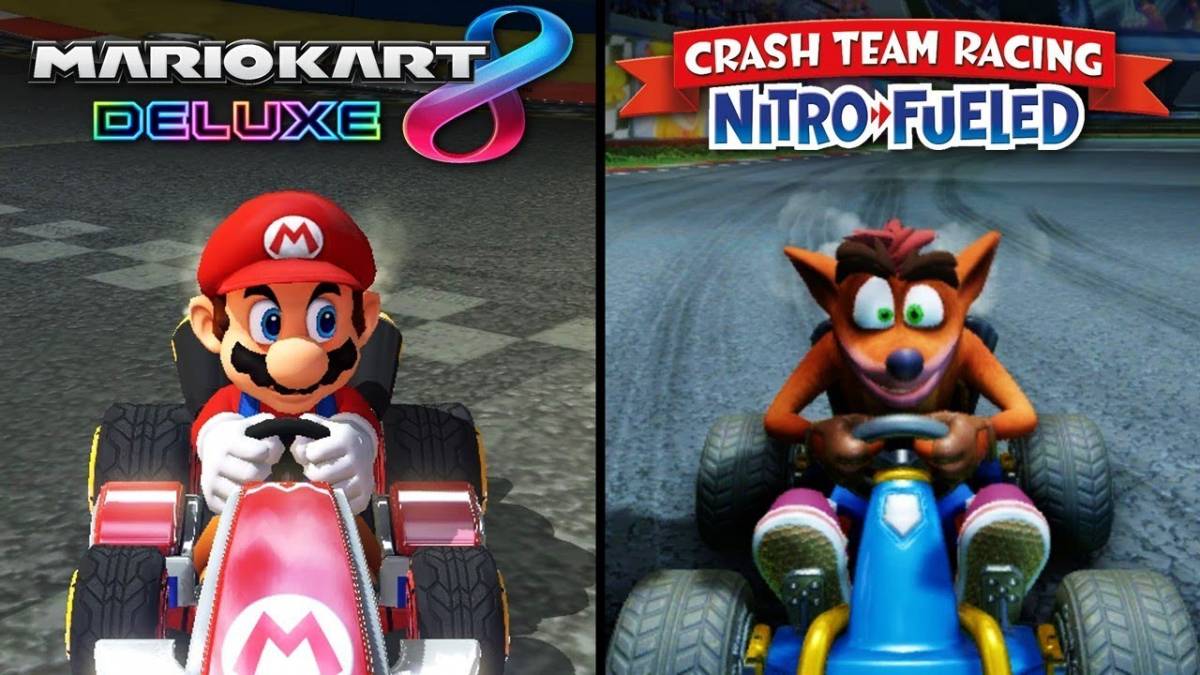 MarioKart is in a similar boat in this fashion. While MarioKart does not have the same amount of customization options that Crash Team Racing has, they do have enough to suffice for the average player. Pair that with a plethora of interesting tracks and locations to choose from, and you have yourself more than enough o look at while you are playing the game. Neither of the two games struggled to run on my Nintendo Switch, and both of them were a joy to play and look at. In this category, there is no true winner.

Each of Crash Team Racing and MarioKart took a category for themselves, and they also tied in the last category. By these metrics, the games should come out to a tie, correct? Unfortunately, it is not that simple. While Crash Team Racing did include some very innovative things in the game, the racing just has too much of a learning curve to be the most enjoyable. And because we are comparing racing games, the game that has the worse racing experience is the lesser games. MarioKart takes the gold once again, although I cannot say I am truly surprised.

None of this is to say that Crash Team Racing is a bad game. By all means, Crash Team Racing pulls off something that most kart racers cannot; being at least moderately comparable to MarioKart. Crash Team Racing succeeds because it draws from the weaknesses of MarioKart. There is a background narrative that drives the game forward, there are a plethora of customization options, and there is a surprising amount of content overall. If Crash Team Racing could fine-tune its racing gameplay just a bit more, maybe it could even be in the same level as MarioKart. But until that learning curve is beat, then Mario and the gang remains the King of Karts.