I must admit, the opening scene of Mr. Robot S4E1 left me stunned. I did not see that coming. And it was brilliant the way it played right out of the “Previously On” scenes, in a way where you almost didn’t notice the episode was on to new material until a little after it was happening.

This isn’t the first time that Sam Esmail has played with form in such a way, of course—far from it. Mr. Robot has consistently done such things, and one of the things that struck me when I watched Homecoming was how it seemed like he was messing with things specifically to make us watch the credits and trick Amazon’s algorithm by not cutting to black and going on to the next episode.

And, so, picking up the conversation between Angela and Price right where it left off and continuing it as though it was all one scene that we’d only seen half of previously was not the surprising thing. I do wonder if it was shot like that—all of a piece—given that this appears to be the end of Angela. Has Portia Doubleday known about this since Season 3? Did they shoot it two years ago? Get me Sam Esmail!

IMDb does seem to indicate that this probably isn’t the last we’ll see of Angela, though. Flashbacks are always a possibility, of course.

When I wrote about Mr. Robot months ago, I wondered who on the show there was left to root for. Angela was my answer. So I was heartbroken to see her go down in the very first scene of Season 4.

We All Have a Choice to Make 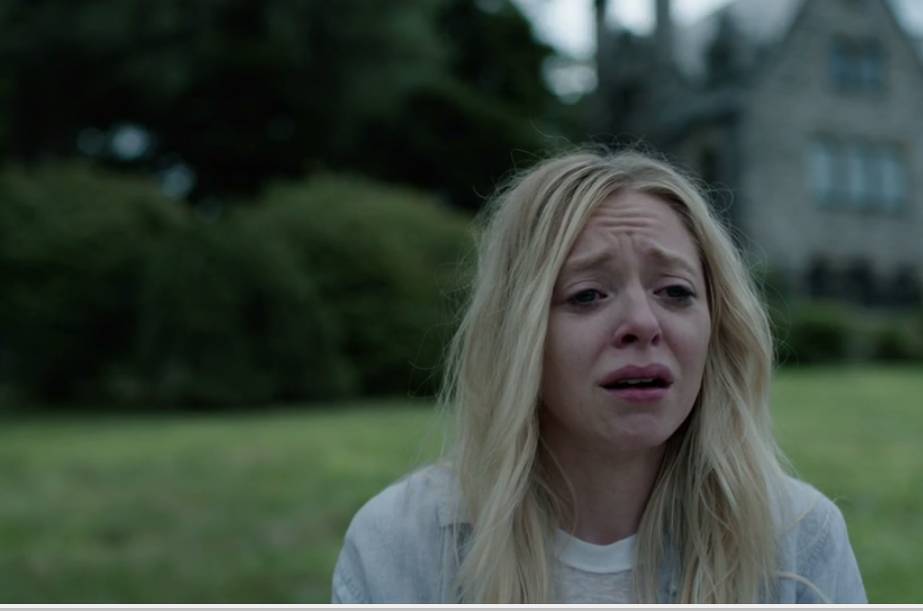 From one point of view, the Dark Army killing Angela makes perfect sense, given what we know about how they operate. There is, however, something worth thinking through here. That is, prior to her conversation with Price, Angela was devoted to Whiterose. That is who she wanted to see, and she was upset when she discovered it was instead Price who had picked her up on the street.

At the end of Season 3, Price informs her that he is her biological father and insists that Whiterose has duped her. He manages to turn her against Whiterose fairly quickly (though not implausibly), and it is only at that point that Angela insists that she wants retribution. That this insistence would lead to the Dark Army killing her of course makes sense. In particular once Angela starts ranting about taking Whiterose’s project from her.

But why go through all of this? It could be easy to lose sight of the small amount of time that passes within the narrative of Mr. Robot, given that for us as viewers it has been up to a couple of years. But as the show picks up the conversation where it left off, it has only been a matter of minutes for Angela and Price. If the Dark Army had decided to kill Angela because of the way she had become unhinged after the attacks of September 29, why would they not just do it? Why does this conversation with Price occur?

Presumably, it is his attempt to save her life, but then it is odd that his tactic is to turn her against Whiterose and try to get her to accept what has happened. But perhaps this is the only option. Angela needs to be returned to sanity first and foremost. The Dark Army asks for devotion, but with confidence, whereas Angela broke down and was flailing in her need to believe that Whiterose’s plan would come to fruition.

Perhaps she would have been allowed to live if she had accepted things as Price suggests, but I still find it somewhat odd that the attempt was not instead to calm her down while keeping her on the side of a believer. Because at the end of the day, she remains just that, and it would seem that all Price managed to do was turn her against the Dark Army.

I still wonder what it was that Whiterose showed Angela to inspire such belief in the first place. Of course she had the strong desire to see her mother again, and so on, but Angela was no dummy. It seems to me it would take quite a bit more than an abstract promise and theoretical articulation of a plan to get her to basically betray Elliot and be willing to blow up a building.

We don’t know what exactly Whiterose’s plan is at this point, and I wonder if we ever will. One possibility is that it involves time travel, but Sam Esmail seems to have ruled this out despite the show’s frequent references to Back to the Future. Recall, however, that in the Back to the Future franchise, there are alternate timelines created through time travel. It seems likely to me that Whiterose’s plan has something to do with parallel universes.

Prior to S4E1, I would have guessed that we would never find out for sure what this plan was, or whether it was feasible as opposed to being a manipulation tactic, but after this season premiere, what happened in it, and the very speed with which it happened, I’m beginning to think we will, perhaps as early as Episode 2.

Whereas Angela’s story picks up literally where it left off at the end of Season 3, Elliot’s very much does not. One might have expected some follow-up to the post-credits tag at the end of the previous episode, which saw Fernando rolling up outside of Elliot’s apartment and talking to Darlene, but instead the episode focuses on events months after Angela’s death when it comes to Elliot, as it jumps directly to his holiday season attempt to get information from Freddy Lomax (Jake Busey).

It wouldn’t be the first time Mr. Robot has jumped forward in time only to fill in past events later, so that’s my expectation when it comes to Fernando Vera’s return. Frankly, I’m not terribly excited about this, as I didn’t find that storyline to be the most compelling in the first place, but I hope that Esmail et al have a plan to return to that dangling thread and connect it to the quilt in a way that is satisfying. 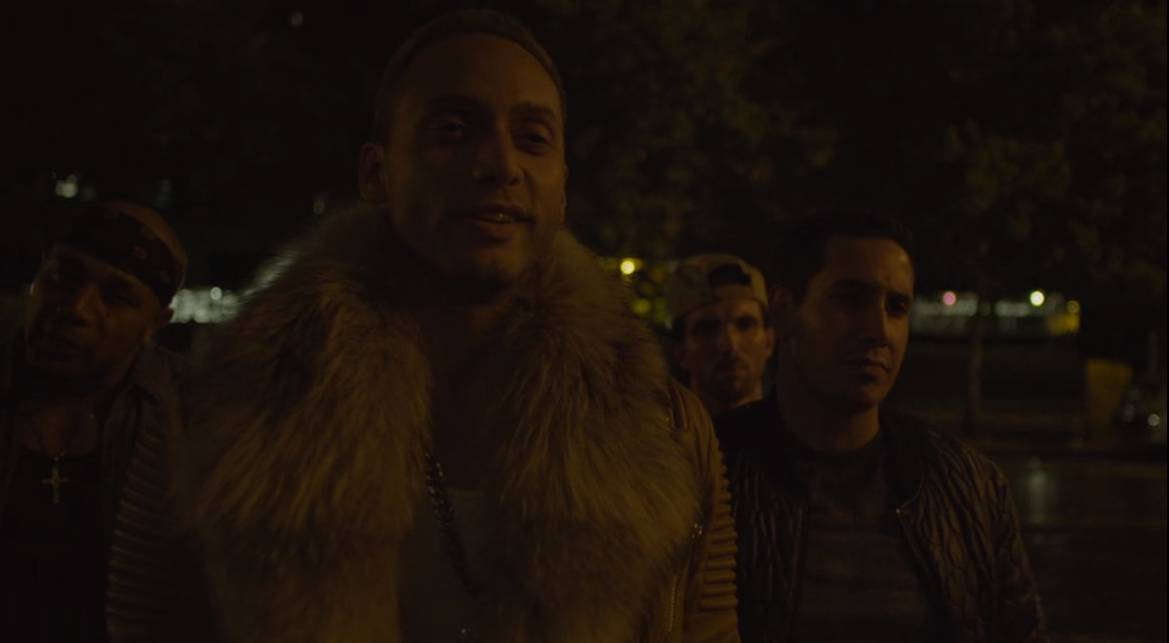 I must admit that for a moment I thought that Elliot might indeed be dead at the end of the episode. If this were any other show, I would think such a thing to be impossible—surely the main character must be protected by plot armor with 12 episodes to go?—but when it comes to Mr. Robot, who knows. And the book-ending of the “Hello, friend” at the beginning of the series with the “Goodbye, friend” here felt more or less perfect.

Rami Malek and Christian Slater would surely be in the remaining episodes of the series, but that didn’t necessarily mean that Elliot would survive the last scene of the Season 4 premiere. It’s really a testament to the show that I could have imagined the rest of the season as a mix of flashbacks and stories focusing on other characters, like Darlene and Tyrell. And when the credits hit, I thought that was where Mr. Robot was leaving us—at least with the question—until seconds later when we cut back to Elliot being revived.

The guys who are with Price in that final scene are the same ones who administered the overdose to Elliot just minutes prior, which once again creates some ambiguity as to how we are to read Price’s relationship to the Dark Army and precisely what is going on here. It could be that the Dark Army wanted him dead and Price stepped in at the last minute to save him, but I think it is more likely that this was all Price’s doing, to show Elliot that he could be killed, and save him at the 11th hour for reasons yet unknown.

Perhaps in the coming episodes of Season 4 we will see Elliot and Price team up against Whiterose. Maybe Angela’s death will spark them to take up common cause. Or maybe Price is working for the Dark Army here for real, and this is part of a ruse to placate Elliot until the project makes it to the Congo.

I wonder why that is important, as well. Initially, I thought it was simply to evade the potential regulations and such the project might face in the U.S., but Whiterose seems to be powerful enough to do that with the plant where it has been. So there must be some other reason.

Given how audacious Mr. Robot has been in the past, the possibilities for where it is going seem wide open. When the notion was introduced, I didn’t think there was any chance of actually seeing Whiterose’s project come to fruition, but now I am not so sure. If this isn’t central to the plot of Season 4, I’m not sure what will be, so I wouldn’t be terribly surprised if the second episode were to open in an alternate reality or something. Perhaps the dead will return. Maybe all of this will relate in some way to Elliot’s relationship with Mr. Robot. I don’t know, but I can’t wait to find out. 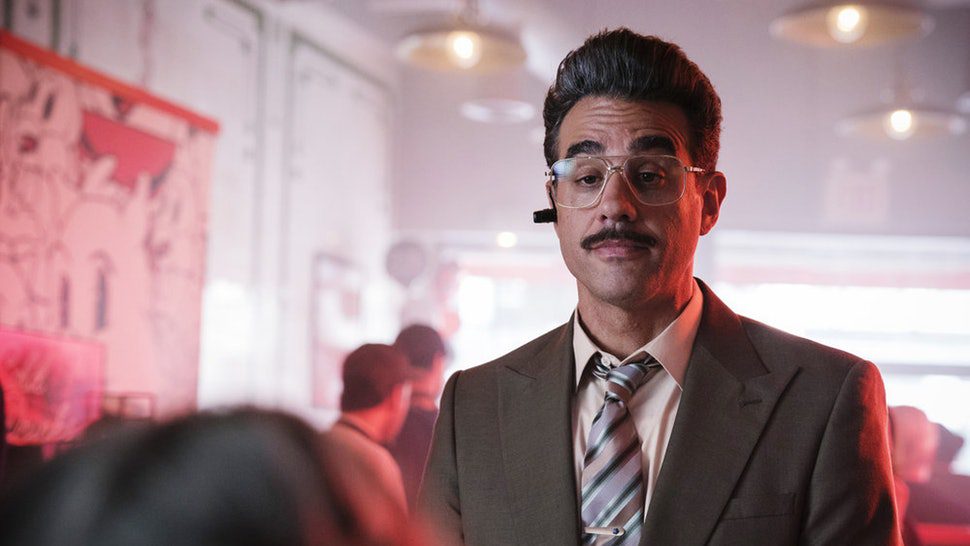 Although he didn’t show up until Season 3, Irving (Bobby Cannavale) quickly became my favorite character in Mr. Robot, or the one I was most entertained by, at least. He fit seamlessly into the existing narrative, and helped fill in the gaps of what had occurred before, but it was his general demeanor that grabbed me from his very first scene in the Red Wheelbarrow. The last we saw him, he was talking about taking a sabbatical to finish his book, and IMDb seems to indicate that he won’t be in Season 4, but I’m holding out hope that he’ll appear. It seems to me there is at least a chance that they might use some footage they shot a couple of years ago to get him in there. He’s not here in S4E1, but maybe later? I’m going to keep my fingers crossed.