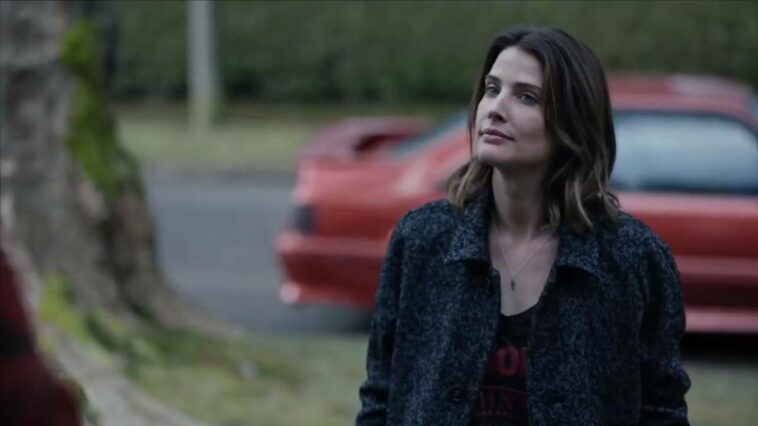 Welcome to What’s the Buzz, 25YL’s feature where members of our staff provide you with recommendations on a weekly basis. In our internet age, there is so much out there to think about watching, reading, listening to, etc., that it can be hard to separate the wheat from the chaff, filter out the noise, or find those diamonds in the rough. But have no fear! We’re here to help you do that thing I just described with three different metaphors. Each week a rotating cast of writers will offer their recommendations based on things they have discovered. They won’t always be new to the world, but they’ll be new to us, or we hope new to you. This week’s entries come from: Bryan O’Donnell, John Bernardy, Jason Sheppard, and Hawk Ripjaw.

Bryan: Heading into the new fall network TV season, I was probably most excited for Fox’s Prodigal Son and ABC’s Emergence. A few weeks into those shows, and I have a lukewarm feeling about them. Prodigal Son has an interesting (though not exactly unique) premise, but I feel like it may already be somewhat spinning its wheels. And Emergence has gotten off to a slow start, in my opinion. I still plan on sticking with both shows, at least for now, but my excitement for them has definitely been damped down.

To my surprise, however, I recently checked out ABC’s Stumptown on a whim…and I am enjoying it quite a bit. Based on a comic, Stumptown stars Cobie Smulders as Dexedrine “Dex” Parios, a military veteran who is now working as an unlicensed private detective. Dex is part sympathetic character, part badass, and she makes the show a blast to watch. So far, Dex’s cases have been engaging, with decent twists.

Stumptown actually reminds me quite a bit of the tragically-too-soon-canceled Terriers. Donal Logue, the lead in Terriers, even makes an appearance in Episode 3. (IMDb shows that he will be in Episode 4 as well. I’m keeping my fingers crossed that he will continue to be a regular in the show because he’s great.) Similar to Terriers, Stumptown has a unique quirkiness and sense of humor.

While Dex doesn’t have a partner (for now…), her close friend Grey (Jake Johnson) has a criminal past, like Hank’s partner Britt in Terriers. I’m interested in Dex’s (and Grey’s) backstory, and it appears this will gradually be filled in via flashback. Another strong aspect of Stumptown is its setting: Portland, Oregon (the source of the show’s name). The setting won’t have an effect at Twin Peaks levels, but I enjoy my crime dramas taking place somewhere like the Pacific Northwest, as opposed to a big busy city. Overall, Stumptown may have some of the cliches you’ll find on network TV (e.g., cheesy one-liners before two characters are about to have sex). But if you’re looking for a new drama with good characters and fun plot—and if you’re maybe longing for a return of a show like Terriers—give Stumptown a try.

While both the Jurassic Park and A.I. scores have previously been released in deluxe, complete, remastered CD editions by La-La Land records, Williams’ Minority Report score has only been available in a single disc soundtrack, which was released upon the movie’s initial release in June, 2002. With a film run time of nearly 150 minutes, this meant that nearly half of Williams’ score has been unavailable. However, the La-La Land gang have assembled and remastered the composer’s full score in a newly announced two-disc CD set which will be available to purchase beginning October 17th. What’s really truly amazing is that this score was composed during one of Williams’ busiest periods during his entire career. In a single year and a half period Williams had not only composed A.I. but also the first Harry Potter score, Star Wars: Attack of the Clones, Catch Me If You Can and another Harry Potter movie. You’d think that a score that was released right in the middle of all these would be lacking in power, emotion, excitement and inventiveness. You’d be wrong. Minority Report is all these and more. Now with this upcoming edition, film music lovers can find out what I mean. Only 3500 of these are being produced so get yours quick because, remember—everybody runs! 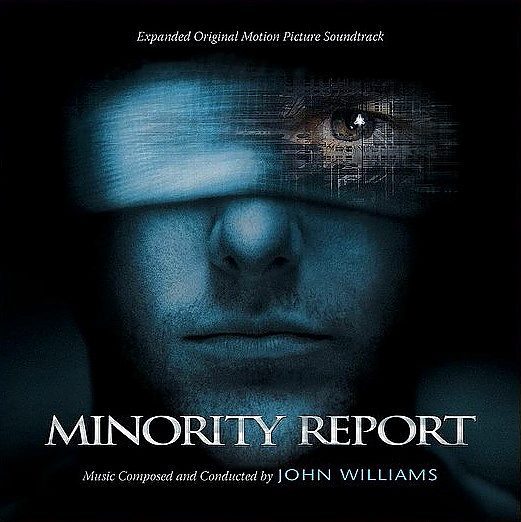 John: The VGMpire podcast recently closed its doors but went out big. Host Brett Elston has been showcasing video game music since he started the VGMpire podcast in 2011, but he’s decided to officially put the show on hiatus because it’s gotten unmanageable with his schedule to continue at any conceivable regular pace. What does that mean for us? Over three hours of a send-off episode focused on the music from Chrono Trigger and Chrono Cross.

Elston is an industry veteran, having worked for GamesRadar and Capcom, so he tends to have solid behind the scenes information to share about the games his chosen music tracks come from. And also, he was recording VGM onto tapes from his actual game cartridges way before it was considered cool to do so, so you know his stories come straight from his heart.

And it never hurts to hear two of the top all-time VG scores. Listening to Elston and his co-hosts talk about their times playing these games hits me right in the feels and it just might do the same for you.
VGMpire may not have come out too frequently recently, but I was always glad to see a new one in my feed. All the best to his future endeavors, and all the hope we still see a VGMpire special episode drop in from time to time, just to say hello.

Hawk: Given how much I loved the original film, I’m a little upset with myself that it took me this long to check out FX’s sitcom What We Do in the Shadows. The film and sitcom follow a similar simple premise: a mockumentary about vampire roommates, though the show moves the setting to Staten Island with a new cast. Self-imposed head of household Nandor the Relentless (Kayven Novak) has been tasked with the ancient vampire lord Baron Afanas (Doug Jones) to accelerate the takeover of Staten Island. His familiar, a human named Guillermo (Harvey Guillen), has been fiercely loyal for a decade and wishes to be turned himself. Married couple Laszlo (Matt Berry) and Nadja (Natasia Demetriou) have their own antics from both past and present lives. There’s also Colin (Mark Proksch), an energy vampire. Yes, that kind of energy vampire, though taken to almost literal extremes by his ability to put people to sleep just by speaking to them.

True to any roommate situation, tensions can arise from simple disputes, and all of the needs and situations of the roommates are, of course, filtered through the lens of the vampire life. A simple altercation with a pedestrian (which appears to take an unsubtle jab at American xenophobia) turns into a “oh wait, we can just eat him” revelation. In order to accelerate the takeover of Staten Island at the Baron’s behest, the group initiate what can best be described as a bureaucratic battle royale, with each of them tripping over themselves and each other in trying to manipulate the unwitting human city council. What makes a lot of this so fun is the occasionally unpredictable powers of the vampires, which are consistently inventive.

As with the original film, written and directed by Taika Waititi and Jemaine Clement (who returns to produce and write the show), the New Zealand humor lands perfectly. It’s remarkably dry and very quirky, particularly with Matt Berry’s laid back, deadpan delivery and the generally bizarre personalities of the entire household. As it is a mockumentary, the cameras are often acknowledged for interview portions, but also on occasion during regular scenes, which leads to amusing moments of graphic violence that the cameras simply acknowledge as if this were a simple documentary. Secondary characters, likewise, react with curiosity more than horror on several occasions.

It’s a very specific format and style of humor that What We Do in the Shadows employs, but it’s executed nearly perfectly and is a great deal of fun to watch. This will certainly be my next major binge.

Those are our recommendations this week. What are yours? Let us know in the comments!

ABCFilmgamingmusicStumptownWhat We Do in the Shadows