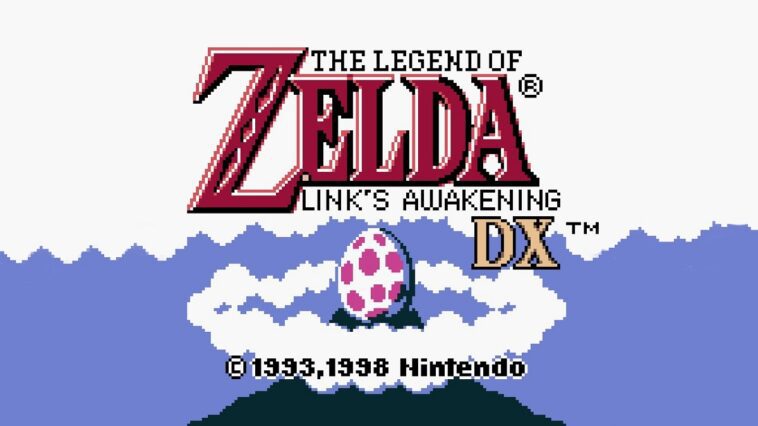 At 25YL, we love gaming, and moreover, we love The Legend of Zelda series. That’s why we’re going to cover the entire Nintendo Franchise, including handheld games, every week. This week, we are taking a look at the first handheld entry in the series, Link’s Awakening.

Please note that this is covering the original 1993/ DX version, not the recently released Switch remake. For Sean Mekinda’s impressions on the remake, check out his Day 1 review. There will be full discussion of spoilers for the original, and consequently, the remake as well.

Link’s Awakening was Nintendo’s first attempt to bring the Zelda series to handheld systems. They were already three games deep, and with the Gameboy just hitting the market, they needed to find some way to follow up the almost universally praised A Link to the Past. It was an admittedly very tough act to follow, but Nintendo did something they would later repeat with their N64 releases- they said screw it to the formula and made a game that is distinctly Zelda, but doesn’t really feel like anything else in the series due to its unique story and plain old unabashed weirdness.

As a kid, when I grabbed up the DX version for about ten bucks, I didn’t even flinch at how flat out strange it is. The developers have famously commented that they were heavily influenced by our very own beloved Twin Peaks, and it kind of shows. After all, can you name another game that takes place within the dream of a giant sky whale? What about one that has an objective where you must sprinkle some magic powder made from mushrooms on a raccoon so he turns back into a Mario look alike? Or maybe one that features playing an ocarina to awaken a blue chicken who can somehow fly?

Playing it as a kid, then subsequently playing it as an adult has been an interesting experience for me. I’ve 100%- no death’d it probably three times now, and only one of those was when I was younger. Granted, the game has a charming simplicity to its script and presentation- dialogue is quick and extremely efficient, often times borderline silly (every single kid in Mabe village will give you hints on how to play the game and then say they don’t know how they know that because they’re just a kid). You could almost make the argument that it’s perfunctory, but to me, and probably many others, the entire game almost feels like one giant game of make believe. It feels like something made by a kid’s wild, out of control imagination, and I mean that as a compliment.

What struck me even more is how it didn’t feel like Ocarina of Time, the only other game in the series I’d played at that point. That game is fantastic in its own ways, telling a traditional but effective good vs. evil story with an emotional core of growing up. Here, though, the story is about… a lot of things. Something that always seemed weird to me is how the game is called Link’s Awakening, yet the one who needs to be awakened is the Wind Fish. What’s even stranger is that the Wind Fish has never been mentioned in any other game. Sure, Skyward Sword also features a giant sky whale, but it ain’t the Wind Fish.

The “It was all just a dream twist” has been done to death and it almost never works. There’s nothing worse than getting invested in a story only to find out that none of it was real and therefore, none of it mattered. It feels like a waste of time at that point. However, Link’s Awakening smartly gets around that by revealing very early on that Koholint Island exists only within the dreaming Wind Fish. The player knows that it’s all a dream, but that flips the traditional Zelda story on its head. See, this game isn’t about Link being a hero. In fact, it’s about him actively destroying a world.

The game uses all kinds of familiar Zelda gameplay tropes that fans know and love. There are 8 dungeons (9 if you played the Gameboy Color DX edition), bosses to fight, items to collect that will help you traverse the overworld. Normally in Zelda games your goal is to collect and defeat 8 magical whatevers that will eventually help you beat Ganondorf or whoever the big bad guy is. Here, though, the goal is to get 8 magical instruments in order to awaken the Wind Fish, who has been put in a deep sleep by Nightmares who have… I guess appeared in his brain? And Link got there by wrecking his ship?

Look, hazy rules aside, the Nightmares almost seem to act as antibodies for Koholint Island. After all, the only reason it exists is because the Wind Fish slumbers. So everyone on the island relies on its sleep to simply continue existing. There’s an extremely bittersweet scene where the good natured Marin gazes out at the sea and wonders whether it’s possible for her to ever go beyond it. This being who is supposedly a figment of another being’s imagination has gained some form of self-awareness, and she even claims that she hopes awakening the Wind Fish will allow her to live out her dreams and sing for people all over the world.

It’s a shockingly dark and rather sad moment in a game that, up to that point, holds a fairly whimsical tone. But it reveals the game’s true nature- Link isn’t really a hero in this world. Instead, he’s no more than a lost child who has washed up somewhere far from the world he knows. In the real world, Link is the hero of all of Hyrule. It’s relatively unclear what motivates him in Link’s Awakening. Maybe it’s a sense of duty, that he should be back in Hyrule in case a new threat emerges. Maybe it’s the need to matter, because on Koholint, he kind of doesn’t. Or maybe it’s a need to continue journeying because that’s what heroes do.

Regardless, much like Earthbound a few years later, Link’s Awakening mixes almost childish glee with a real heaviness that you don’t see very often in any video game. The fact that Link sets out to destroy Koholint by waking the Wind Fish makes this almost a coming of age story. Up to the point of the game’s release, Link’s adventures tended to be fairly black and white, with no question about who was bad and who was good. Then Link’s Awakening came along and put this morally just hero into a real no win situation. Does he stay where he is and live in a world he knows to be fake even though he has been forced to realize the island’s denizens are aware of their existentially terrifying situation? Or does he forge ahead anyways, eschewing all the people he comes to know in favor of returning to the world he knew?

If you play the game, you know which decision Link makes. Ultimately, it’s probably the right one despite all of the philosophical questions of reality raised from its premise. But that final scene of Koholint disappearing is still a tough watch- everything you worked to undo does, in fact, disappear. It makes you wonder about how Link could recoup from such a heavy decision. In the rather famous “alternate ending,” Link sees Marin in the sky. The meaning of this is left rather ambiguous (maybe everyone on Koholint actually were real and were also drawn into the Wind Fish’s dream?) but my personal interpretation is that it’s Link remembering his time on the island. When you first learn the Ballad of the Wind Fish, something to the effect of “it will always remain in your heart” is said. And even though Link is back in the real world at the end of the game, Koholint will likely remain in his heart as well.

All my prattling and I’ve barely talked about the actual game. It’s great. Old school game design at its almost best. Like the best action adventure games, it guides the player by way of putting obstacles they can’t overcome in their path. It teaches them through its gameplay without extensive tutorials. It has some pretty good dungeon design, particularly for Nintendo’s first handheld Zelda title (and I know that a lot of people don’t care for Eagle’s Tower, but I do. Fight me). It’s not necessarily the most polished 2D Zelda- the overall difficulty is rather low, some of the items are borderline useless outside of very specific instances, and a few of the bosses are rather uninspired (looking at you Angler Fish). Then there’s the matter of item switching. The Gameboy only had 2 face buttons, so you were constantly switching what items you had equipped. It’s admittedly a pretty big annoyance that has not aged well whatsoever. But hey, the soundtrack is kickin’.

It’s not the gameplay that makes this my favorite 2D Zelda game, though. It’s the story. It is so simplistic in how it delivers surprising moral and philosophical complexity that it becomes a thing of brilliance. Whether that was all intentional or not is up for debate, but it’s a wonderful work of video game storytelling that is backed up by fun gameplay. As a kid, I loved it for its plain old weirdness. As an adult, I love it for its shockingly deceptive depth and the tantalizing questions it poses about reality. Like our beloved Dale Cooper, Link lived inside a dream for some period of time, and it’s an unforgettable adventure through and through.