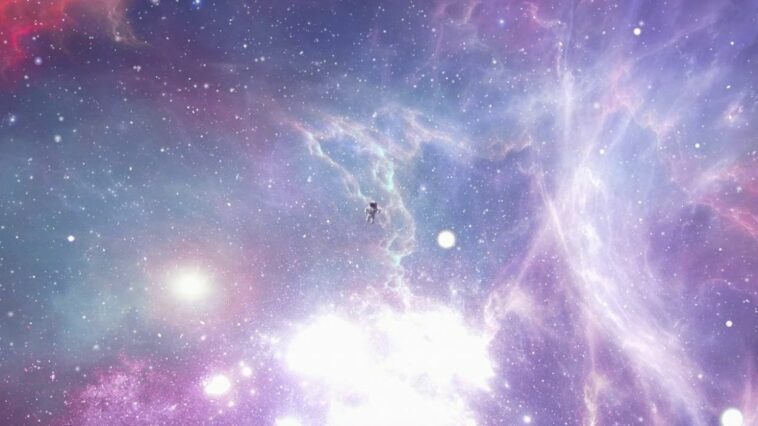 Welcome to What’s the Buzz, 25YL’s feature where members of our staff provide you with recommendations on a weekly basis. In our internet age, there is so much out there to think about watching, reading, listening to, etc., that it can be hard to separate the wheat from the chaff, filter out the noise, or find those diamonds in the rough. But have no fear! We’re here to help you do that thing I just described with three different metaphors. Each week a rotating cast of writers will offer their recommendations based on things they have discovered. They won’t always be new to the world, but they’ll be new to us, or we hope new to you. This week, Carl Hershberger discusses Swans Leaving Meaning, Laura Stewart is listening to DJ Shadow Our Pathetic Age, and John Bernardy talks about DVR Network’s Watchmen podcast with a very special guest.

Carl: Swans fifteenth album Leaving Meaning is continues where the 2016’s The Glowing Man left off. Band originator and principle songwriter Michael Gira has crafted another meditative spiritual experience built upon obsessive repetitive riffs. Tonal beauty is plentiful and lyrical themes of reminiscence and resignation abound. Gone are days when a new Swans album was the darkest, most depressing, and shockingly violent sounding thing on wax.

Detractors of Swans music have always cited its repetitive nature and lack of progression. This was certainly true of the bands early 1980s albums: Filth, Cop, and Greed/Holy Money. For me though, at least, it never was an issue. The visceral crushing brutality of the sound made, most of all by Gira’s demon-possessed vocals, never failed to give me goosebumps.

Gira may primarily play guitar band music, but the do it yourself artist has never been a punk rocker. Instead of becoming adept at making fast rock n roll music he chose to instead create moods through sound worlds and lyrics that totally immerse the listener. To that end Leaving Meaning does not disappoint.

The album opener “Hums” is a short ambient drone instrumental choke-full of vibrating strings. It does a fine job setting the table for what’s to come next, and could have fit right in with Swans’ seminal 1996 album Soundtracks For The Blind.

The second track “Annaline” may be the prettiest of the album. Its piano keys twinkle in the distance and a subdued guitar strums as Gira gently sings a melody reminiscent of a gospel hymn or a lullaby, while recalling a lost memory of love that seems to fill him with awe. The music itself transports me back to comforting state of mind right out of my childhood when I thought anything was possible.

The sing-along folksy tune “What is This?” continues lyrical themes of the memory, creation, and destruction. Mellow strings float upward while Gira the ponders existence. Gira’s wife Jennifer contributes vocals to the song’s climax, repeating the haunting refrain ‘Nothing can stop us from becoming nothing now.’

Hats off to Michael Gira. This album has some of the most beautiful production work in Swans entire discography. The first single and best song on the album the Gothic folk ballad “It’s Coming, It’s Real” is an absolute stunner. It’s shimmering guitars slink on by while we are treated to some bewitching backing vocal harmonies by guest artists Anna Von Hausswolff and Maria Von Hauswolff. When Gira’s magnificent baritone invades the song, it never fails to take my breath away.

Swans successfully expanded their sound starting during the mid 1980s, to include melody, song craft, vast soundscapes, and mind-altering instrumental crescendos. And aspects reached their maximum potential during the late 1990s and 2000s on  Soundtracks For The Blind and To Be Kind.

The musical ecstasy created on these masterpieces is one of the main reasons I find parts of Leaving Meaning to be unsatisfying. For instance the title track remains static, progressing nowhere musically for eleven minutes while Gira chants repetitively about an unobtainable moment or idea. On “The Hanging Man” a endless bass groove chugs along while Mediterranean-style drum rhythms keep pace while slicing guitar flourishes. Gira’s thrilling shouts of “I am NOT!” momentarily pull the listener out of the monotony.

One of the reasons the album’s musical concepts do not feel fully fleshed out is that each preceding album had its own unique core group of band members who spent a decent amount of time together developing the ideas and playing off each other. Instead Gira has enlisted different guest musicians for each individual track that he felt were best suited for the material. For example free jazz duo The Necks provide a thick layer of fluffy piano chords and percussion on “The Nub” for harpist and neo-cabaret singer Baby-Dee to lay her mysteriously spooky vocals upon.

I consider Leaving Meaning to be definitely worthwhile, but a middle of the pack Swans album. It’s ravishing and a promising start for the new direction Michael Gira is taking his project. The concept and execution just didn’t provide me with enough of the kind of thrills I was looking for. Maybe with repeated listens I might change my mind. It’s been known to happen.

Laura: DJ Shadow burst onto the scene in 1996 with Endtroducing…..,his groundbreaking debut album composed entirely of samples and created on an MPC60. Since then, incredible leaps in technology have been made: the internet, artificial intelligence, gene editing, the iPhone. Despite DJ Shadow’s reliance on technology throughout his career, he is concerned about the consequences of rapid development.

Now 47 years old, he takes aim at our increasingly isolated, fractured society amid technological advancement on his new project, Our Pathetic Age.

The album is a double-LP that clocks in at over an hour and a half. The first 11 tracks are instrumental hip-hop beats that are reminiscent of Shadow’s earlier work. Despite his upbringing in suburban California, DJ Shadow made important contributions to Britain’s trip-hop movement in the ’90s. This new fusion of electronica and hip-hop was abrasive and intense, yet found mainstream success with groups like Massive Attack and Portishead. As it was back then, paranoia, scepticism, and isolation are prevalent themes here too—ideas that are further explored in the second half, which features more traditional hip-hop tracks with contributing rappers and vocalists.

The first few tracks feature racing, intense drum beats with electronic elements that fuel a dystopian image of the future. One ruled by AI, social media alienation, and void of emotional intimacy. In addition to trip-hop, these first few tracks bring to mind the avant-garde instrumentation of Radiohead’s Kid A. Early tracks like “Slingblade” and “Intersectionality” feature pulsing drum machine beats similar to “Idioteque.”

The second half of the album sees DJ Shadow explaining his dissatisfaction with nefarious government oppression and the suppression of individuality. He is joined by rap veterans such as Nas, De la Soul, Run the Jewels and Pusha T. Plus a real highlight for me when Inspectah Deck, Ghostface Killah and Raekwon from the Wu-Tang Clan feature on “Rain on Snow“. It’s like the high school reunion of my dreams. The influence of ’90s boom-bap production on Shadow’s work is more apparent on this second half and it pairs his hard-hitting instrumentals with compact, elevated rhymes.

The first track on the second half, “Drone Warfare,” features Nas and Pharoahe Monch voicing their fear about the government’s abuse of power through technology over wailing sirens and electronic static. With track titles like “Rocket Fuel,” “C.O.N.F.O.R.M.,” “Urgent, Important, Please Read,” and the interlude “I Am Not a Robot” it is not hard to see what Shadow is getting at. That said, a rare glimpse of optimism is also one of the album’s high points. The track “Kings and Queens,” features a stirring gospel chorus which fits perfectly with motivational verses from El-P and Killer Mike of Run the Jewels. It is one of the few moments on the album where a brighter future seems possible.

Shadow also breaks his emotional detachment from society on the stirring instrumental tracks, “If I Died Today,” “My Lonely Room,” and “We Are Always Alone.” The latter features a sparse piano melody that recalls revolutionary producer Brian Eno’s sombre track “By This River.” DJ Shadow’s varied influences are never more apparent than on these tracks that diverge from the apathy pervading the rest of the album. It is not surprising then that on a record defined by artificiality and automation, the best moments often arrive during the most sentimental songs.

All in all, Our Pathetic Age is yet another solid project from the veteran producer. He continues to prove why he is one of the most innovative minds in the industry and why he is essential to pushing electronic and hip-hop production forward. Still, with all the talk of robots taking over the world and the government tapping our conversations, there really is only one thing left to say to DJ Shadow: Ok, boomer.

John: There are a boatload of Watchmen podcasts, all bearing similar looks and names, and to cut through some of the confusion, I’ll be reviewing one of them every week of Watchmen’s run on HBO. Who knows, maybe you’ll meet your new favorite podcast along the way.

This week I’m looking into DVR Podcast Network’s Watchmen Podcast, hosted by Axel and a revolving set of co-hosts. On Mondays we get an instant reaction with Axel and a guest from the community—this week being our own Brien Allen. On Wednesdays Axel does a deep dive episode with DVR member Aaron, and another deep dive on Friday with another DVR co-host Roberto where they also field listener feedback. But of course here I’m going to focus on the episode with Brien.

As an added bonus, I’ve been working here with Brien for over two years and this is the first time I’ve heard our theorist speak. He’s as sharp as you’d expect. Axel plays well in the theorizing sandbox too, so they made for an entertaining podcast hour.

They talk about how this episode was close in tone to The Leftovers, how the radius of the squid attack is even larger than they thought, and all those Dharma Initiative connections. They explore the connections between Laurie and Keene, ask if the funeral scene went as planned, and who’s manipulating who in regards to Keene and Lady Trieu.

Brien talks about all the different versions of the eye symbol we’ve seen—including a dot implying a Dr. Manhattan connection—and then they wonder if what we’ve been shown is the truth. Brien makes a case for why Europa is Veidt’s location and they riff on both 2001 the book and movie. Did Veidt initially think the location was a prison?

They then discussed what the Nostalgia pills are capable of, and what will probably happen to Angela. The most interesting detail they asked about was if inherited memories of trauma could be broadcast to the whole world over the network of devices Trieu has everywhere.

Then they wrap up by exploring how many characters seem to know what actually happened with Veidt’s plan in the original comics.

I’m always a fan when ideas get discussed like this, and this kind of analysis happens in every edition of the DVR Podcast. If you like speculation, you’re going to find a ton of enjoyment all week long.