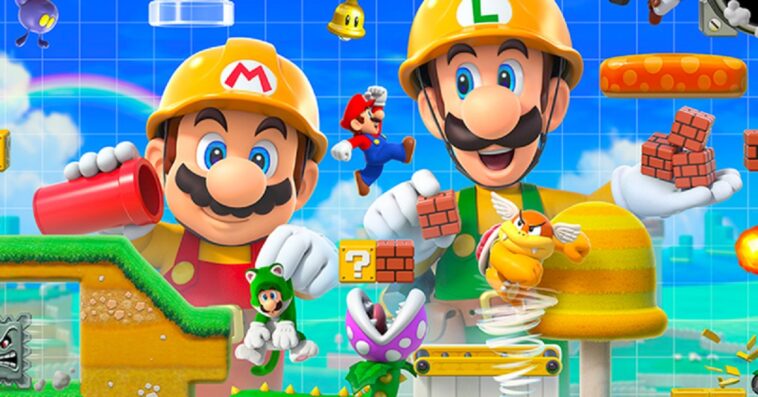 Super Mario Maker 2 is getting a major update on December 5, and the big news is that you will be able to play as The Hero of Time himself: Link.

When the original Super Mario Maker released on WiiU there were constant updates; however, most of them were merely superficial additions, such as adding new characters that could be playable in the Super Mario Bros. levels. Even then, characters did not have unique moves, and the only difference was that reaching the flag at the end of a level gave you a character-specific jingle instead of the standard Mario tune.

Not so here. In the original Super Mario Bros. levels, you can now place the Master Sword (which if we’re being technical here, is actually a slightly modified White Sword from Zelda) for Mario to find. Upon grabbing it, Mario will transform into Link, acquiring a whole set of abilities that will change the gameplay drastically.

Link can attack enemies with his sword, as well as execute the downward thrust attack from Zelda II and the dash attack from A Link to the Past. You can defend yourself from fireballs and other projectiles by using the shield.

You can even use bombs to destroy walls and obstructions and can shoot your bow and arrow in three different locations to snag out of reach items.

Super Mario Maker 2 smartly pushes players to create levels that are creative and unique. The excellent story mode features levels that require the player to use their brain and come up with clever ways to overcome obstacles. This merges perfectly with what Zelda is all about, and I honestly can’t wait to see what people do with this new mechanic (Sadly, I’ve come to the conclusion that I’m not much of a level designer myself).

Link isn’t the only newcomer to the fray, as SMM2 adds Spike and Pokey to the list of enemies you can put in your courses.

Spike, the little green guy who spits spiked balls at you, is back and will even shoot snowballs at you in the winter-themed levels.

Pokey, the tall cactus creature, also returns to the series. In night time levels Pokey can fly, and giving him wings will turn him into a spiked homing missile that will seek you out.

Keeping with the frozen theme, you can now add Frozen Coins to your levels, which are coins encased in ice blocks. Use your fire, or the fire of your enemies to melt them.

New solid, indestructible P blocks that react to the standard P switches and Dash Blocks from the Super Mario 3D World game (usable in SM3DW levels only) have also been added.

A new game mode, Ninji Speed Run, has been added as well. In these Nintendo-made courses, you race against other players online to finish courses in the fastest time. As you play, you can see the other player’s progress represented as Ninji Ghosts that run alongside you in the level. Completing the levels and recording fast times will unlock stamps, costumes, and other rewards.

The free update is available December 5 and is an exciting addition to the Nintendo Switch exclusive title.

Johnny Malloy has written for 25YL since 2019. A lifelong gamer who considers The Binding of Isaac to be a subversive masterpiece. He has written an extensive series of articles about Castlevania, Super Mario Bros, Final Fantasy, and Resident Evil.

He enjoys writing fiction when he's not watching RedLetterMedia videos on YouTube. He has one of those faces. Sorry about my face. It can't be helped.