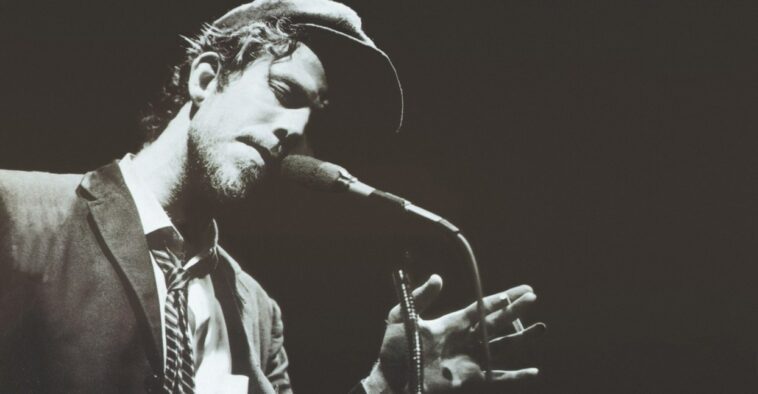 Welcome one, welcome all to this week’s Music Spotlight.

Every seven days, I take one of my favorite artists/bands and give you five songs/albums that I think can get you in at the entry-level. Last time out I took a look at Gil Scott Heron and this time around I’ll be casting my eye over the legend that is Tom Waits. 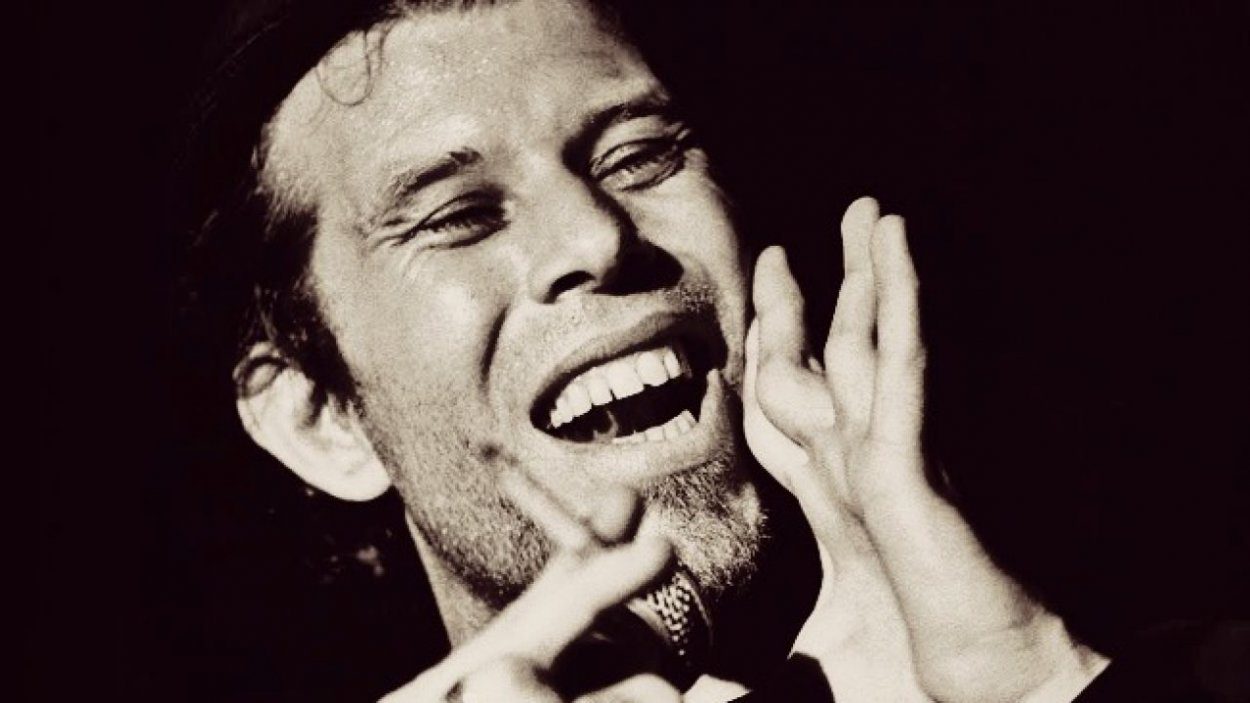 Who Is Tom Waits?

Out of all the performers that I’ll cover for this column, Tom Waits is going to be the hardest one to explain.

With a vast majority of musicians, you can say “Oh, they sound a bit like so-and-so” but with Tom Waits, you really can’t do that. Tom Waits sounds like Tom Waits and nobody else.

He started as a bar-room crooner, the guy who sat behind the piano and played for tips and this vocal style would remain with him until 1976 when he released Small Change.

Rightly considered one of Waits’ best albums, Small Change would see a dramatic shift in singing style and would see his voice head down a path where people could make a mash-up like this featuring Cookie Monster, and you wouldn’t bat an eyelid.

Nobody quite knows what happened. There are conflicting stories that it was down to years of abuse, there was a time in his life where he drank like a wino and smoked like a chimney, or that it was simply a choice to be more theatrical in the renditions of his songs but whatever the reason it was a dramatic shift from the early years.

The one thing that has never changed though, is his ability to write some of the greatest lyrics you’ll ever hear.

He is a story-teller, plain and simple. Nearly every tune is littered with characters from the darker, seedier side of life and he revels in telling their tales.

The way he uses words is intoxicating and, as somebody who has always been a frustrated poet, is enough to make even the most hardened failed writer want to jack it all in when they realize that they’ll never get anywhere near the level of brilliance that Waits seems to find with such ease.

He is the true definition of a musical chameleon but these five songs should, hopefully, cover enough bases that you get a true taste of his genius and who knows, maybe you’ll find yourself taking more than one trip with the maestro as he walks down skid-row. 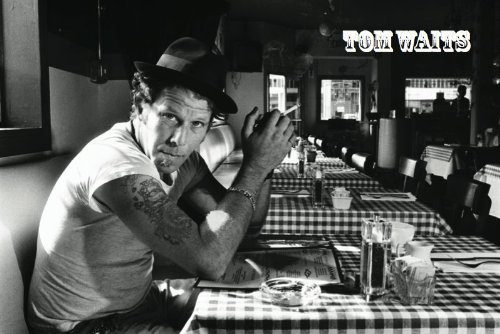 “Small Change”, the title track from the album of the same name is a perfect example of Tom Waits weaving a tale about the kind of people that most of you would avoid if you passed them in the street.

In it, “Small Change” is gunned down in the street and Waits takes on the role of an observer watching the scene play out in front of him.

As he explains it, no-one seems to care about this senseless murder;

nobody flinched down by the arcade
And the burglar alarm’s been disconnected,
And the newsmen start to rattle
And the cops are telling jokes about some whorehouse in Seattle”

And even though there are a lot of witnesses, nobody is talking;

But the worst part about the death of “Small Change” is that people are robbing his corpse.

And someone copped his watch fob, and someone got his ring
And the newsboy got his porkpie Stetson hat”

You never find out who “Small Change” really is but the manner of his death, and his name, lead you to believe he was a loan-shark of some sort and someone who won’t be missed.

The studio version of this track is, of course, superb but if you want to get a real feel for the song I highly recommend you check out this live rendition from The Old Grey Whistle Test. 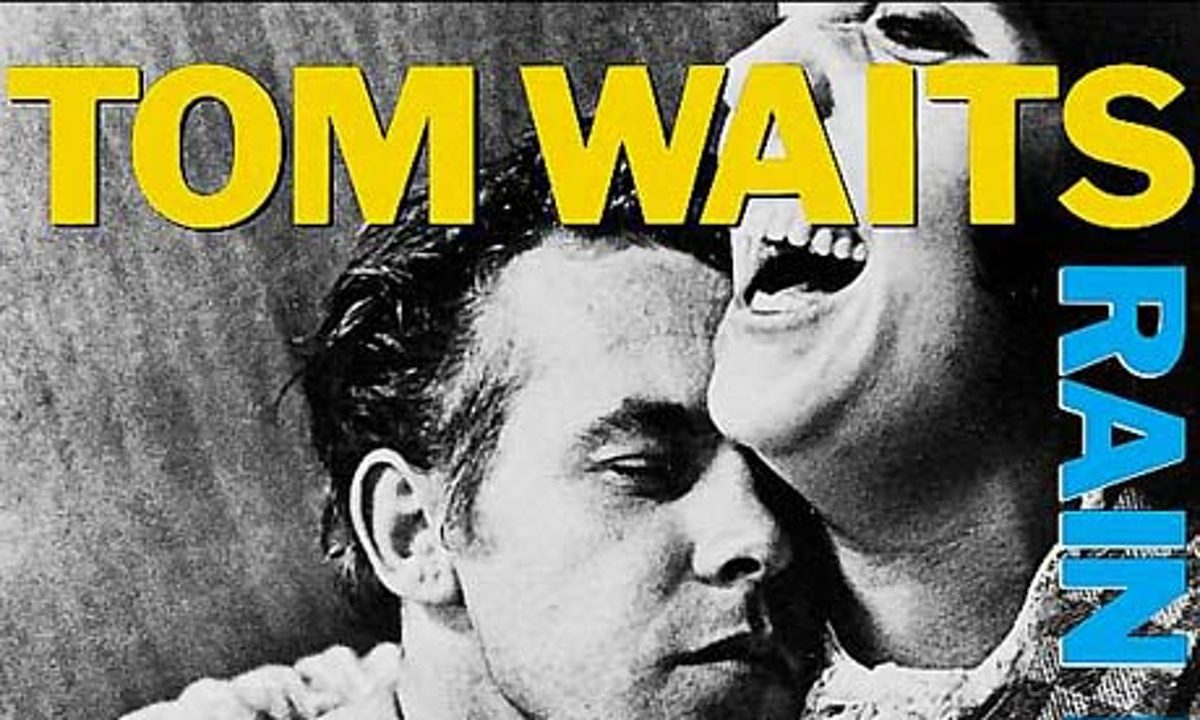 This is entirely down to you. You can either go with the song, or you can choose the entire album.

The track itself is a story of Waits’ time on skid-row. He sings about the strange beauty of being a down and out and how he considers himself one of their numbers, having spent as much time as he did with them;

The Rum pours strong and thin
Beat out the dustman
With the Rain Dogs
Aboard a shipwreck train
Give my umbrella to the Rain Dogs
For I am a Rain Dog, too”

And how it’s not all gloom and doom as long as you have the right amount of hooch and a certain a sense of madness to keep you going;

As for the album itself, as far as I’m concerned, it’s Waits finest. There’s not a bad track on it and includes such magnificence as Shore Leave, Tango Til They’re Sore, Time, and Jockey Full Of Bourbon.

And that’s just to name four. 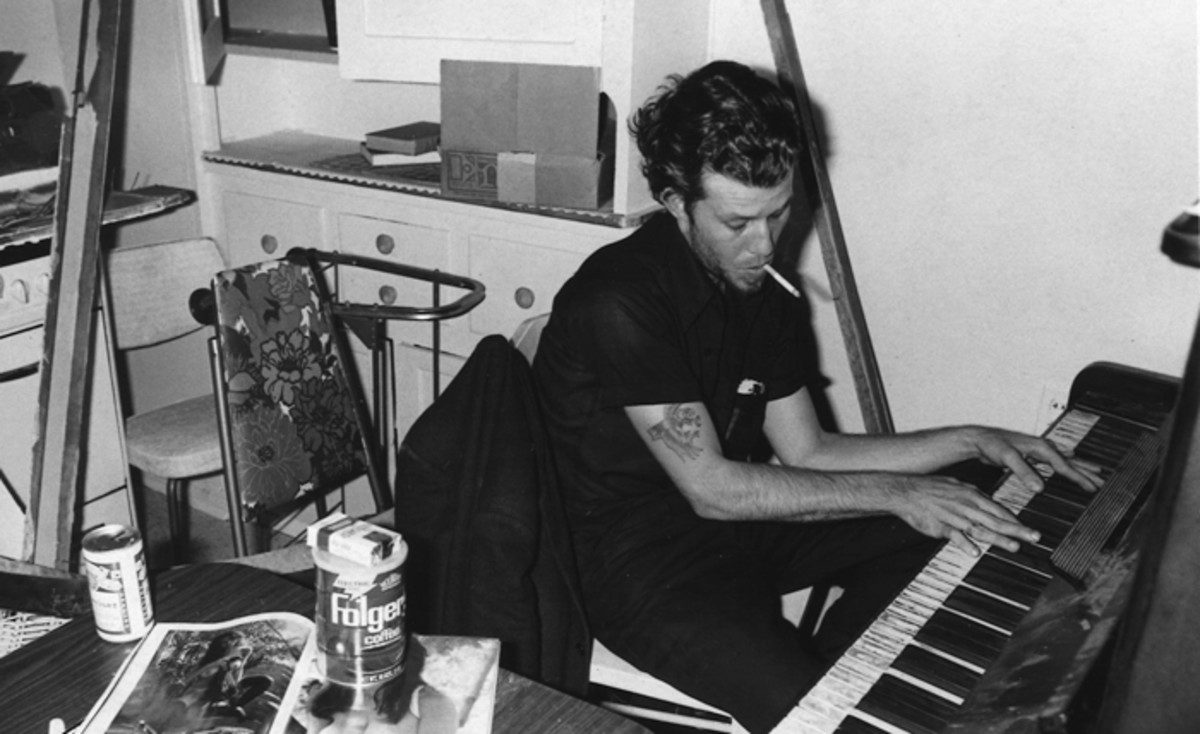 Christmas Card From A Hooker In Minneapolis

If the title of this song from Blue Valentine wasn’t enough to tell you you were in the presence of something a little bit different, then that opening refrain should.

The whole lyrical content is done from the point of view of a letter sent to the eponymous Charlie from an unnamed hooker who he used to run around with. In it, she explains how her life has turned around and how she’s now married;

I stopped taking dope
And I quit drinking whiskey
And my old man plays the trombone
And works out at the track.”

And how he’s a pretty stand-up guy who’s willing to take on another mans child;

She then goes on to reminisce about all the time they used to spend together, how they used to get high and how the fall out from that all of it nearly drove her mad, but it’s a positive story she has to relate. At least, that’s how it seems.

As we get to the end of the song we find out that it’s all a fantasy and that she’s in a worse situation than ever before but she still holds out hope that Charlie will be her knight in shining armor, that he’ll be the one to save her;

And Charley
For chrissakes
Do you want to know
The truth of it?
I don’t have a husband
He don’t play the trombone neither
And I gotta borrow money you see
I gotta pay this lawyer
And Charley, by the way
I’ll be eligible for parole
Come valentines day.”

It’s a beautiful piece of music, topped off with Waits’ perfect wordplay but the best version of it is this one where he sprinkles “Silent Night” throughout, making it even more haunting. 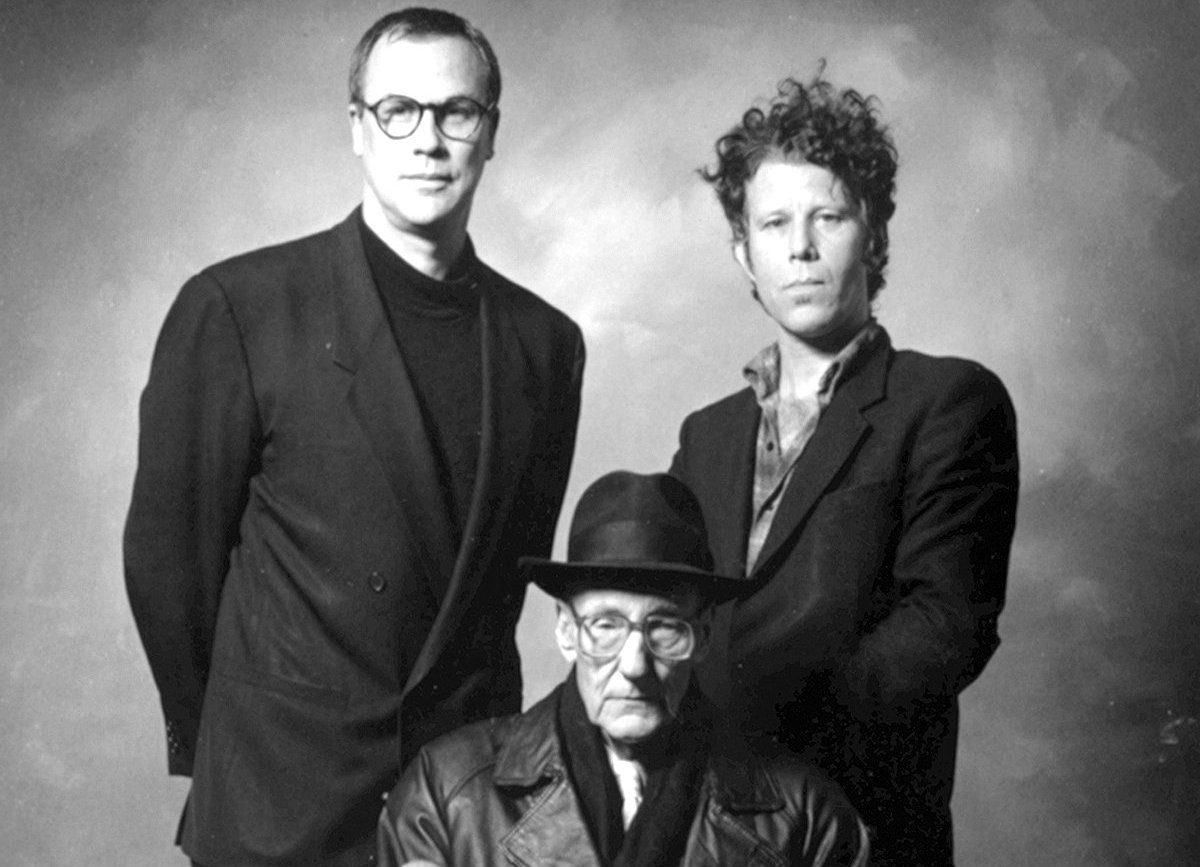 Taken from the musical The Black Rider that Waits wrote alongside William S. Burroughs, which already puts it head and shoulders above the rest in this genre by actually being good, “Just The Right Bullets” tells the story of The Devil, portrayed here by Waits himself, making a pact with the hero of the piece to give him magic bullets so he can win a shooting competition and the heart of his beloved all at the same time.

It’s based on the Der Freischütz, a German opera, but given the kind of twist that only the likes of its composer and his co-writer, Burroughs, could possibly give.

It’s a difficult piece of music to explain, just because it’s so damn weird but so damn good at the same time, so I’ll just let the music do the talking this time around. 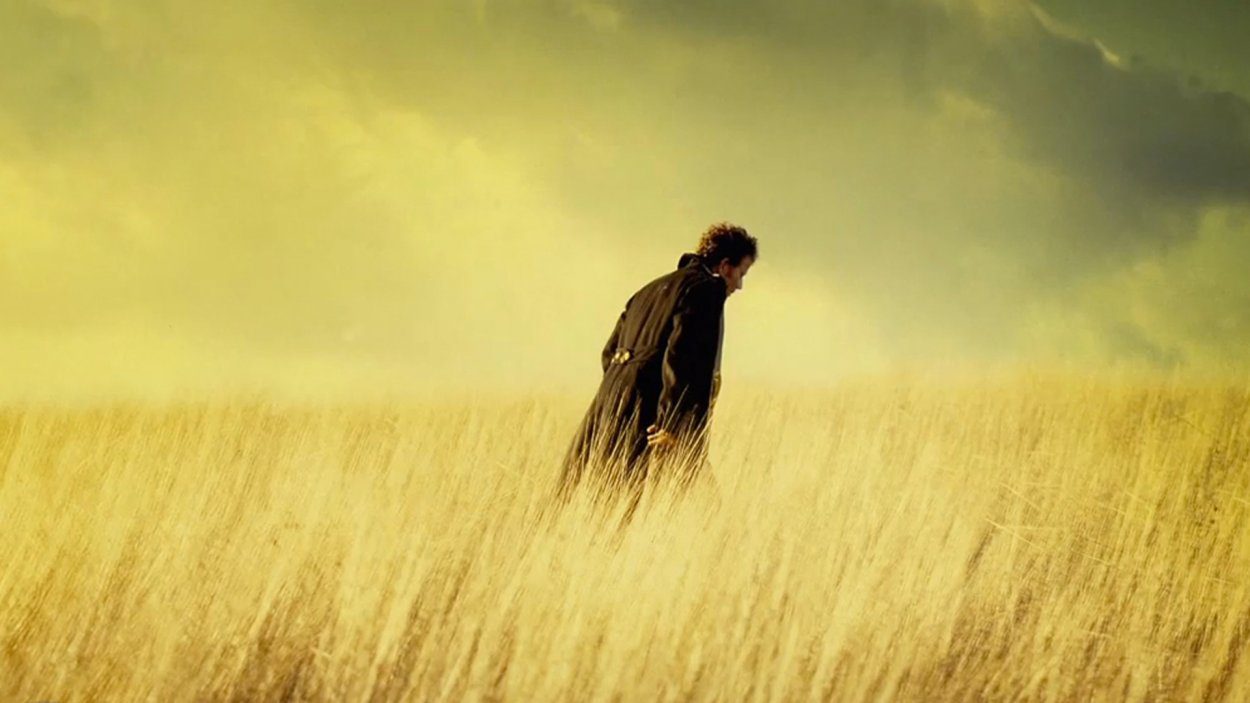 The final song this week is taken from the album Mule Variations and proved that even at the age of 50, as he was at the time, Tom Waits could rock with the best of them.

The lyrics are, for once, pretty nonsensical. For example;

The whole song is like that, nothing really means nothing, but the music on offer is of the highest quality and is one of those rare occasions that you can shake your groove thang to a Tom Waits song.

Don’t believe, listen to this and then tell me you didn’t cut a rug. 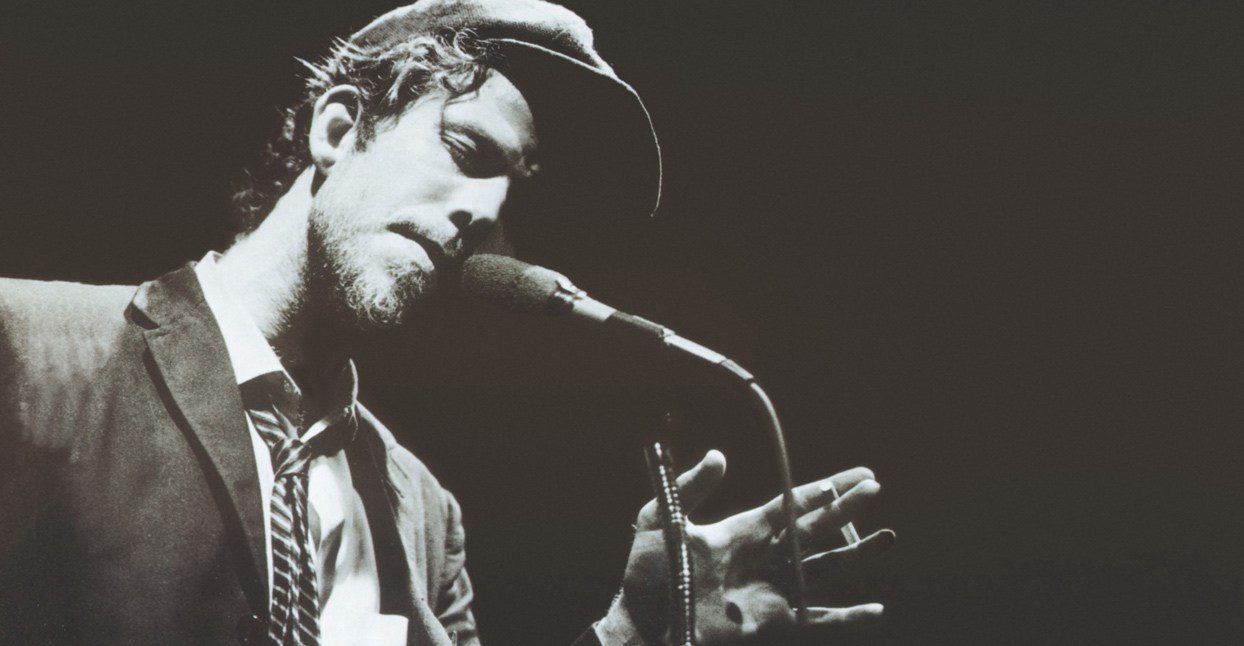 It seems insane to me that Tom Waits hasn’t released an album since 2011. That’s nine years where the gravel-voiced poet has been silent and that is far too long for my liking.

He has other interests outside of music, the main one seemingly being acting and he’s appeared in the likes of The Book Of Eli and The Ballad of Buster Scruggs. He’s also got quite a successful sideline in suing the hell out of anybody who uses his music without his permission, which is pretty much everybody as he doesn’t allow anyone to touch his songs.

Over the years he’s taken on Levi’s, Frito-Lay, Audi, anyone who has dared to just ignore his wishes that his work be left alone and he’s won.

He’s also given most of his winnings away to charity, which makes me love him even more.

But I miss Tom Waits.

I miss his tales of bums and reprobates, I miss that distinctive voice, I miss him using a pair of spoons on a bed-spring just to see what kind of effect he’ll get, and I miss his way of weaving the perfect musical tapestry for whatever story he’s going to tell.

At the age of 70, there’s a good chance he’s just decided to retire from music and not tell anyone, but I still hold out hope that I’m going to wake up one morning, jump on the internet, and see that a new record has dropped overnight.

If he’s ever going to get back into the studio, that’s exactly how I’d expect him to do it.

The Grandmaster of Asian Cinema.