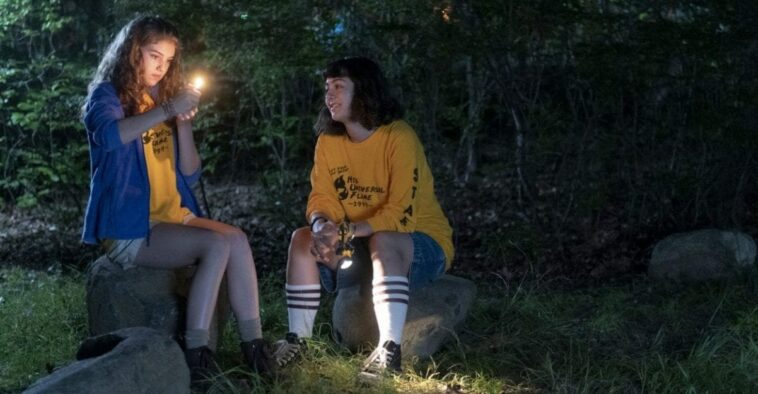 A more apt comparison might be Richard Linklater’s film Slacker. There the “plot” proceeds through a series of interactions where we keep following the character we have just met as opposed to the one we have somewhat gotten to know. It is this narrative form that I’ve always found striking about Slacker—it gives a series of short glimpses into the lives of the people involved, without really offering anything that feels like a complete story.

High Maintenance has always felt like a successor to that. Its stories have always been at least someone incomplete. The show offers us vignettes, or slices of life, more than anything that would resemble a traditional plot.

“Backflash” takes that to another level, but it grounds the transition from one life to the next through the lighter that passes hands. What we get are snapshots or fragments. These are incomplete stories that we are left trying to fill in for ourselves.

The Romantics loved the fragment as it represents a certain opening. It differs from the unfinished work—though those can also be interesting—as something that is both finished and partial. It’s almost a contradiction, but at its best the fragment opens us onto a certain kind of wonder. It gives us room to dream.

This is what High Maintenance S1E4 does throughout. It gives us a part of the story and leaves us to wonder about the rest.

We open with Charlie (Erin Flory) at some kind of church youth group retreat (or at least I think that’s what it is). A long-haired guy in shorts plays the guitar and sings Joan Osborne’s “What If God Was One of Us” and I get the feeling this scene is back in the ‘90s around when that song came out.

This has always been a weird song for me, by the way. On the one hand, it feels very religious, but on the other, it strikes me along the lines of Bruce Springsteen’s “Born in the USA”—that is, I’ve always thought the point wasn’t to praise God so much as to question things.

Regardless, Charlie goes off into the woods with Hanni (Megumi Nakamura) to smoke some pot, and that’s where the story of our lighter gets going, as after the bowl is cashed Hanni tells Charlie to keep it. It’s one of those double-sized Bic jobs that I don’t think they make anymore. Instead, they have gone towards minis, for whatever reason. But this means the lighter is large enough for Charlie to put a Buffy sticker on it, and has enough fluid in it to last awhile—particularly since it seems she doesn’t really use it.

We cut to an adult Charlie (Tessa Skara) going through things with Eva (Kelsey Carthew), who I presume to be her sister. I’m further guessing that it is their mother who has died, but we aren’t really told. As I said, High Maintenance S4E4 consists entirely of fragments. This one seems pretty clear, though, as they talk about whether to sell the house or to live in it and so on. It’s hard to see another explanation than that their mother has died.

But there is the lighter to account for. On the one hand, it would seem that Charlie kept it for sentimental reasons. I’m guessing her friend Hanni went off to college like she talked about and the two lost touch. But it would seem this wasn’t strong enough for her to care about taking the thing with her if she left it in her mom’s house whenever she moved away.

But that makes sense. It’s just a lighter, after all. But a lighter can be a strange thing. For those of us who smoke (one thing or another), there can be a weird attachment to the object that enables that. Some, of course, use refillable ones, and that makes all the more sense. But for the rest of us who just buy Bics or whatever, there can still be a thing. That lighter represents your attachment to all of the times you have used it, and if any of these were significant times, well…putting it in a drawer and keeping it makes perfect sense, whether it has a Sarah Michelle Gellar sticker on it or not.

It’s not a strong attachment, though. It would seem Eva left that interaction with the lighter, and not Charlie. Maybe it’s because she smokes and Charlie doesn’t. We don’t get that part of the story. Instead, we cut to Eva lending the lighter to her coworker Dana (Morgan McGuire) and this opens onto a new story.

Bill (K. Todd Freeman) just wants the cap to his beer bottle off, and I’ll admit I wondered for a minute why he didn’t just take a lighter out and do it. I guess he doesn’t know how and/or didn’t have a lighter, but it was nice how this was the solution that Dana ultimately deployed. I’m not sure about its plausibility—when I waited tables I was required to carry a wine key—but it was nice in terms of how High Maintenance S4E4 centers around this lighter, which is ultimately left on the table here. 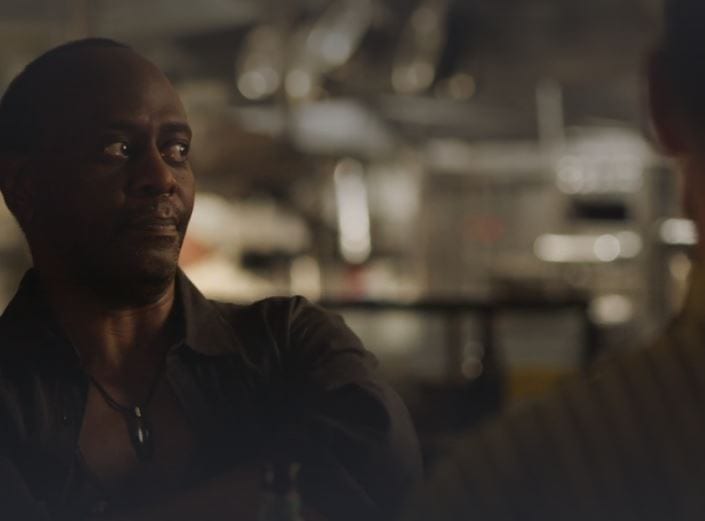 Bill snags it up and he and Ted (Russell Gregory) take it home. They do YouTube videos, and it is pretty hilarious to see The Guy take part in one for them while he is wearing a ski mask. He doesn’t want his face on YouTube, you see, which makes a good amount of sense when you’re a weed dealer. He gives a positive review on that tiramisu that Dana comped them, though.

The lighter lives in a drawer for years as we hear fragments from Bill and Ted’s relationship. And then they break up (I think?). It goes out in a box on the street to be picked up by a young black boy named Noel (Justus Davis Graham). He and his friends play with it, and he pisses his pants before his dad drops the lighter out on the floor while doing laundry.

Mo (Crystal Monee Hall) finds it and tears off all of the stuff. It’s a white lighter now. But Hailey (Rachel Hilson) thinks that’s bad luck, so she paints it with nail polish. She’s come to visit Mo for…something. It is clearly some kind of procedure. She’s not supposed to drink and doesn’t want to eat. And then they go to a place that really feels like a prison.

Honestly my best guess, given Hailey’s conversation with her mom and the Health Services sign on the wall at the place where she goes is that this is about abortion. But if going to get one is at all like this, what the fuck are we doing?! So I want to think it’s not that. I want to think it’s something else, but I don’t know what.

The lighter gets picked up by a worker there, and he takes it to a performance by what I guess to be his lover. He has a rose in plastic, anyway. And she plays “What If God Was One of Us” with an accordion. It’s beautiful, and High Maintenance S4E4 ends on this note.

High Maintenance S4E4 begins and ends with this song. What if God was one of us? Well, he’d probably care a lot. But the lighter is garbage.

What if God was one of us?