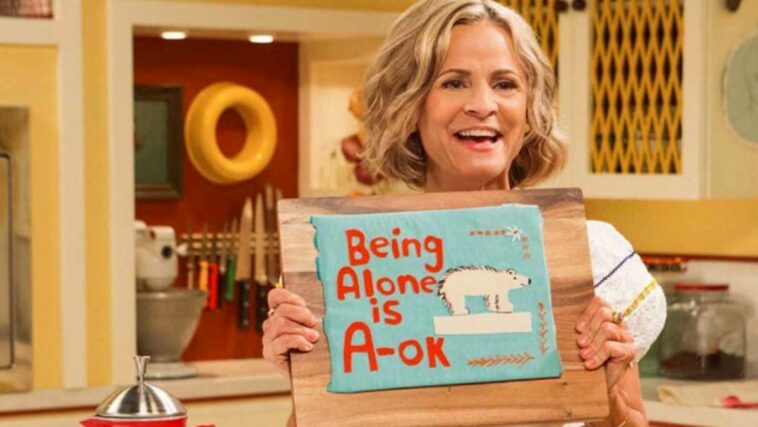 Welcome to What’s the Buzz, 25YL’s feature where members of our staff provide you with recommendations on a weekly basis. In our internet age, there is so much out there to think about watching, reading, listening to, etc., that it can be hard to separate the wheat from the chaff, filter out the noise, or find those diamonds in the rough. But have no fear! We’re here to help you do that thing I just described with three different metaphors. Each week a rotating cast of writers will offer their recommendations based on things they have discovered. They won’t always be new to the world, but they’ll be new to us, or we hope new to you. This week, Laura Stewart is listening to IDLES “Mr. Motivator,” Amber Welsh recommend That Chapter on YouTube, Rachel Stewart celebrates Alanis Morrisette’s recent livestream, and Jill Watson has been watching White Lines and At Home With Amy Sedaris.

At Home With Amy Sedaris

Jill: This week ushered in the third season of At Home With Amy Sedaris on truTV, a sketch comedy show featuring the delightful Amy Sedaris as a batty housewife, surrounded by her friends (some of which are also her). This week, Amy faked a hysterical pregnancy and taught us all kinds of things about fake motherhood.

She opened the show with, “Babies. They cry when they want something and sleep when they don’t. After that, it’s anyone’s guess!” Well, “anyone” did some guessing, and it was absolutely hilarious. Amy’s fans may remember “A Burden’s Burden,” the episode of her show Strangers With Candy (Comedy Central, 1999-2001) in which her character states, “Babies don’t cost money, they make money,” and that they were worth, “50 Gs on the black market, twice that if the eyes stay blue.”

Amy’s back, and ready to teach more lessons about motherhood, on a slightly more practical level.

We learned how to decorate a nursery from a local theater guru whose decor included a guillotine and a rack of Elizabethan capes. He also worked out some deep-seated issues about his own childhood. We learned about dressing for maternity with fashions that can be found at fake stores such as “The Gestation Station.”

With pregnant friend Beverly Brinkerly (Jane Krakowski), Amy made a mobile out of rusty nails.

Amy then blamed her fake pregnancy on a guy she hadn’t seen in 15 years. Chassie Tucker (Cole Escola) got very jealous of the fake baby, and hilarity ensued.

And that’s not all. Justin Theroux dropped by in some eyeliner he said he wasn’t wearing, the Hoggs (Matt Malloy and Amy Sedaris) dropped in, and a monkey doll had a very interesting day. Guest stars this week also included Laura Benanti, John Early, and Josh Hamilton.

If your tastes run toward the cryptic and surreal, this rick-rack and gingham covered guide to arts and crafts and homemaking might just be something you should catch up with during lockdown.