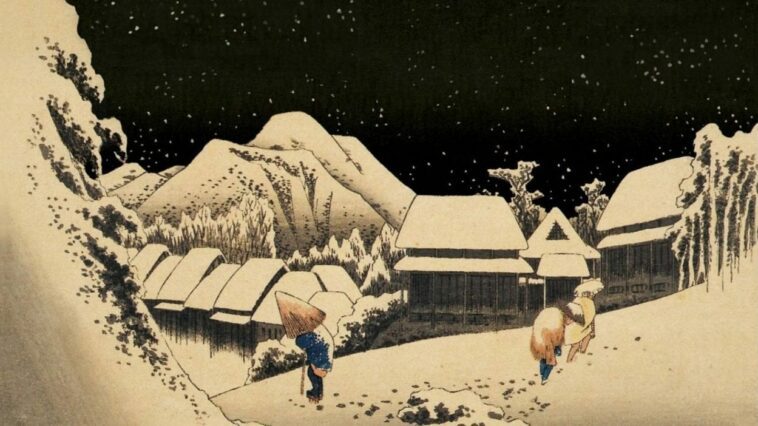 Everyone knows the story of Weezer’s sophomore release, Pinkerton. Released two years after the smash hit dubbed The Blue Album, Pinkerton was shunned by many, leaving a lasting impression on frontman and songwriter Rivers Cuomo. The album’s genius would not be given the credit it’s due for many years, after a new generation had a chance to listen, fall in love and relate to this soul-bearing album. That generation included me, and to this day, it still feels like it was written for me. I’m sure many others feel this way too.

I was in high school the first time I heard Pinkerton, maybe four or five years after its release. I remember my friend Ben asking me if I had ever heard it before and telling me it was better than The Blue Album. My first impressions were that it still had that trademark Weezer sound but there was something fearless about it. The album wasn’t designed to be a commercial hit. There was a vulnerability to it, a level of truth that teenagers especially can relate to. Those formative years are defined by a desire to discover your identity, who you are independent of your parents and then of course, feelings both romantic and sexual. Pinkerton embraced these issues and more.

The thing about Pinkerton is how well it has aged. There are some albums from my teen years that are more nostalgic listens today than a genuine desire to still dive into that album. That’s not the case with Pinkerton. Over the years, it’s felt like it’s become the diary of my life, which feels like an odd statement considering that it’s been said to have been Rivers Cuomo’s diary set to music. How could one person’s life experiences mirror another’s so closely? Does it matter? Perhaps the more operative question is how many other people can relate to that statement and the album’s subject matter?

“Tired of Sex” is the first track on the record and it’s Rivers describing his growing disdain for casual sex after the band got big and a desire to have something more meaningful. As a younger man, I couldn’t relate to the song’s position but I found it admirable. I remember thinking that I too wanted to fall in love one day and that Rivers was making it OK for a guy to express feelings like that.

A few years later, I was a mess in life. I was drinking heavily and caught in the grips of substance abuse. The woman I loved had hit her breaking point with my issues and left me. I was not only struggling with drugs and alcohol but I was heartbroken. As a relatively charming and decent looking guy at the time, I dove into a series of unhealthy sexual relationships. One-night stands and random women became a way of life for me. I distinctly remember thinking to myself one night that the more depressed I became, the more appealing to certain women I became. I hated it.

This song that as a teenager had meant one thing to me now had a completely new meaning. All I wanted was to stop hurting and to get the attention of one particular woman that I had blown it with. What I got was a new, unhealthy way of trying to fill the void inside me. It wasn’t glamorous or impressive, the way that society often attempts to portray a man having sex with many women. It was lonely, depressing and left me feeling lower and lower than I previously had before. “Tired of Sex” was a song about these painful emotions, about the bottomless pit of despair one feels when cheaply giving themselves away in search of a way to numb their pain. At that point in my life, I finally understood what Rivers was experiencing behind the creation of this track.

The closing track on Pinkerton, “Butterfly” was always a bit of an enigma to me. It sounded like an apology to a woman (or maybe plural?) but for what? How did Rivers hurt her / them? When I got clean and began to rebuild my life, I looked back at my history with women and “Butterfly” became a gut punch. There are many ways to be abusive. It doesn’t have to be physical or verbal. Something as simple as not coming back is a form of abuse. Something like no longer being interested once the morning light hits, even though you barely remember what you said or did the night before, is a form of abuse.

I remember doing a lot of writing on this in the program of recovery I was in and just feeling as low as it gets. I understood why Rivers wrote an apology song. For me, my amends would have to look different but the sentiment was the same. Anytime a person comes to the other side of pain and has to face the realization that they hurt people while they were so caught up in their own feelings of misery is a difficult fact to face. Obsession of self makes it easy to not see the harm being done to others but eventually, that realization comes and it’s a whole other tidal wave of emotion. It leaves you wanting to say “I’m sorry” but knowing of how little value those words can have.

“I’m dumb, she’s a lesbian. I thought I had found the one.” The lyrics to “Pink Triangle” to my younger self were almost sort of humorous. The song was catchy but there was nothing I could relate to. That was, until I fell for a lesbian myself at the age of 27. In my defense, I didn’t know and she wasn’t ready to face that truth either. Our relationship, looking back on it, was two people trying to get back on their feet together. Our wounds from our respective pasts were still raw and we gravitated towards each other. There was an attraction there but it was almost like two people learning how to be in a relationship, learning how to care about someone else more than anything.

When she told me that she had met someone and it was a woman, I wasn’t mad. I wasn’t sad. I felt dumb. Music has always been the best source of therapy and in this particular situation, not only did I have a song and album to turn to, the lyrics to  “Pink Triangle” made me feel like someone understood this very unique pain I was feeling.

My favorite song on Pinkerton has always been “Across the Sea.” When I first heard the album, the raw emotion Rivers conveyed as he described this connection to someone who understood him and his cursing how far away she was from him spoke to my hyper emotional teenage self. Rivers singing about his issues with his mother and how he blamed her for some of his problems spoke to me, because, well “Mommy Issues” are something I’ve struggled with my whole life. Later in life, thanks to the power of the internet, I developed a friendship like this. Someone who “got me” during a particularly dark time for me but was, just like in the song, across the sea. That frustration and needing that person who you felt like knew you better than anyone to be close was all too familiar to me.

As I mentioned earlier, a lot of albums I loved when I was younger don’t hold up. Some have but none have constantly taken on new meaning and felt like they were written for me the way that Pinkerton has. It’s an album that has defined me, that felt like it was just as much my diary as it was Rivers Cuomo and whether or not that’s a sign of great art or a coincidence is irrelevant. It’s an album that will stick with me for the rest of my life. What truly makes this an iconic album is that I’m not the only person who feels this intense connection to this album. There’s an entire generation of us who embraced it after it was shunned and grew up, living out our life’s experiences with this as the soundtrack.

More From: Albums That Define Us