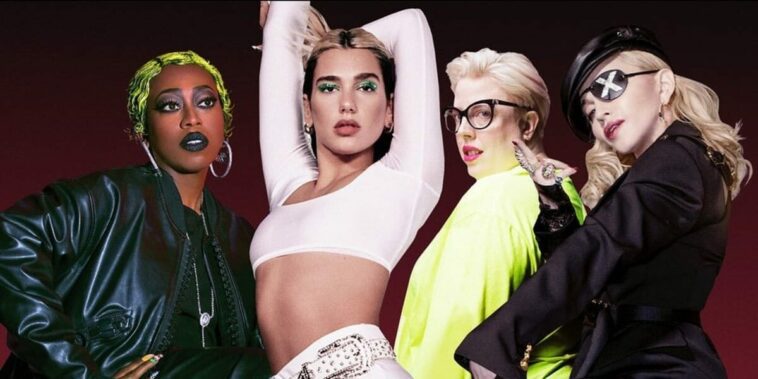 Of the nearly 100 albums released in 2020 that I’ve heard, by far my favourite is Dua Lipa’s Future Nostalgia. Part of me wishes it was something more essential and defining as well, like Spanish Love Songs’ despondent punk album Brave Faces Everyone or Run the Jewels’ blistering fourth release. However, when I feel ready to be truly honest about my tastes, eleven tracks of sheer unadulterated pop bliss is an easy proposition.

So, a remix album was a loaded prospect. It meant more Dua, which has historically only been a good thing, and the album’s formula of sultry bass lines and whistling synths, not to mention Dua’s soaring vocals, lends itself nicely to a club remix. But equally, why mess with perfection?

Club Future Nostalgia sees Dua’s work in the hands of many different remix masters, most notably Kentucky house producer The Blessed Madonna, whose role was so central she has been given shared credit on the whole album. This kind of executive producorial role, among other benefits, ensures that the transitions between tracks are buttery smooth, with one song often gliding imperceptibly into the next. However, Dua crosses paths with a variety of different collaborators here, both producorial and vocal, and nearly all of them deliver to some extent. 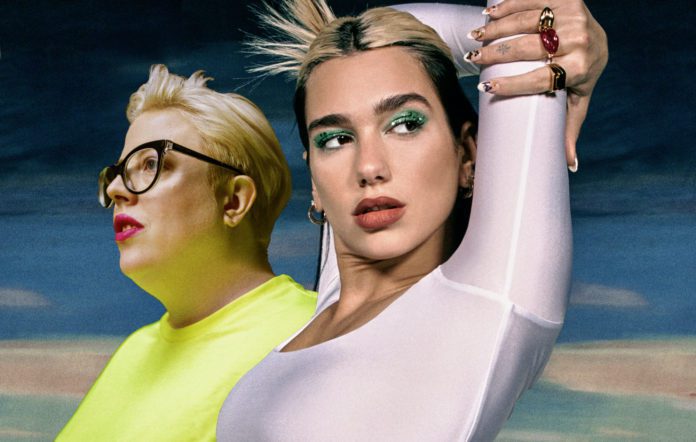 The most questionable moment on the album is early on, with the remix of “Good in Bed”. The original track was a springy piano–backed soul song, with coy, funny lyrics and protracted vocal melodies, sounding exactly like something Lily Allen or even Amy Winehouse might have released in the mid-2000s. Along with the stadium singalong closer “Boys Will Be Boys”, it was the least club—geared track on the album. If a remix album would run into a wall, it was always going to be here. The song is phenomenal, they all are, but it’s not something that could sit comfortably on top of a house beat.

As it pans out, the first leg of the track feels almost untouched, just a slightly more up–tempo version of the original, with some added bells and whistles (sometimes literally, in a nice PG moment) and a stuttering effect on the instrumental. It’s also an example of when censoring a song makes it sound ten times filthier, along with the album’s sole f-bomb, they also deleted the word “waist”, which makes it sound like he’s putting his “hands up on” her somewhere wholly different. It’s one of a couple of times, the other being on the Masters at Work remix of “Pretty Please”, that a siren is placed into the beat, neither time to the greatest effect.

The point where the track tanks entirely though is when it’s interrupted by a voicemail (another mistake the album is good enough to give us twice) from Mark Ronson, followed by a beat switch into an 80s hip hop groove generously sampling “Buffalo Stance” by Neneh Cherry. The Ronson appearance is an immediate cringe, sounding every inch the 44–year–old man he is (“don’t you get fresh with me” – ugh!), the track turns into something completely different and finally devolves into random noises before blessedly transitioning into the next song. It’s the most hare—brained moment on the record by far, with Ronson’s own somewhat low-fi production on “Physical” being another.

I certainly don’t resent the willingness to take such risks on a remix album though, especially as such projects can often feel somewhat personality deprived, which is never something this record could be accused of. Some of the album’s more out there moments do pan out though. Dimitri From Paris’s decision to mash—up “Break My Heart” with Jamiroquai’s “Cosmic Girl” proved an inspired decision and the “Hollaback Girl” sample on Mr Fingers’ remix of “Hallucinate” will certainly prove as divisive as that track is generally, but as always, it put a smile on my face. 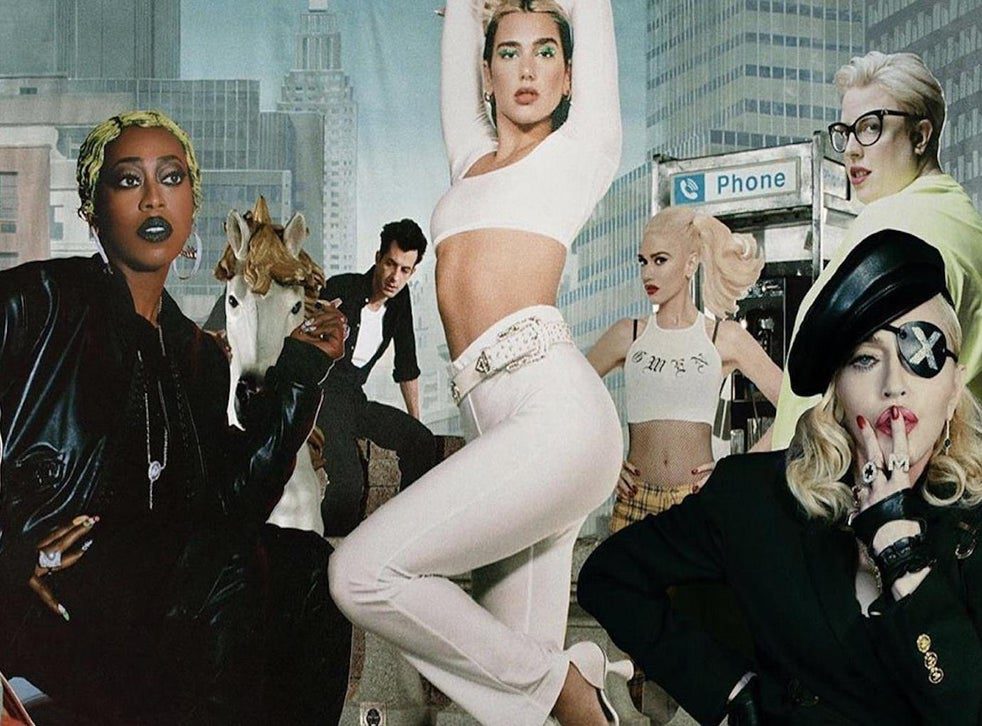 The bulk of Club Future Nostalgia is as tremendously infectious as the original album. The grooves can be a little stiffer, and many of the best moments are over too quickly, the remixes of some of my favourite tracks like “Cool”, “Pretty Please” and “Hallucinate” all clock in at just 2 minutes or thereabouts, although both the latter tracks have their remixes split across two tracks each, which does dispel the impression they were hard done by. It’s just a shame some of the finest grooves in pop don’t give you more time in their company, especially seeing as where these remixes are concerned, I was preferring the initial versions before the switch ups in both cases.

The twittering birds and pulsing house beat on Midland’s “Pretty Please” are lovely, even if the sped–up vocals do somewhat mess with the track’s appeal, the song literally has a line asking “could you help me slow it down?” The rattling drumroll on “Boys Will Be Boys” is a nice touch, and the sampling of some horn stabs from funk classic “Think (About It)” by Lyn Collins works wonders. Although I’m undecided on the Latin breakdown, which feels like it’s taking too much of a liberty with the original track, and the pitch adjustment on the vocals on the outro gives them an unpleasant snotty sound. It transitions perfectly into a much more faithful mix of “Love Again” though, on which the instrumental glitters like a mirror–ball.

The only two original tracks here are “Love is Religion”, a boisterous 80s pop anthem that can stand shoulder to shoulder with any of the original album’s singles, and “That Kind of Woman”, which samples Stevie Nicks’ song “Stand Back”. The comparisons between Lipa and Nicks have always been easily made, and it’s far from the only time a clear influence has been acknowledged here. Madonna herself drops in on the “Levitating” remix, the only single released for the album, also including a chipper verse from Missy Elliott, and Gwen Stefani is present in both sample and guest form, on the “Hallucinate” and “Physical” remixes respectively.

All the guests and producers do their bit, but it’s very much still Lipa’s show, her vocal presence and instrument hold the spotlight throughout. My favourite vocal guests were Korean pop group BLACKPINK, who follow their collaboration with Lady Gaga on her single “Sour Candy” with a remix of Dua’s “Kiss and Make Up” from her previous self-titled album. The track has another killer funk slap bass line and BLACKPINK slay the original melody, perfectly suiting the song’s energy and not pulling it in any unwelcome directions.

There may not be many moments where I would rather hear these versions over the more intimate originals, which just gave Lipa more room to breathe, but it’s a raw deal to be comparing any album to Future Nostalgia, even if the album is effectively Future Nostalgia 1.5. By any measures, these are terrific club tunes and it’s a V.I.P. invite well, well worth accepting.