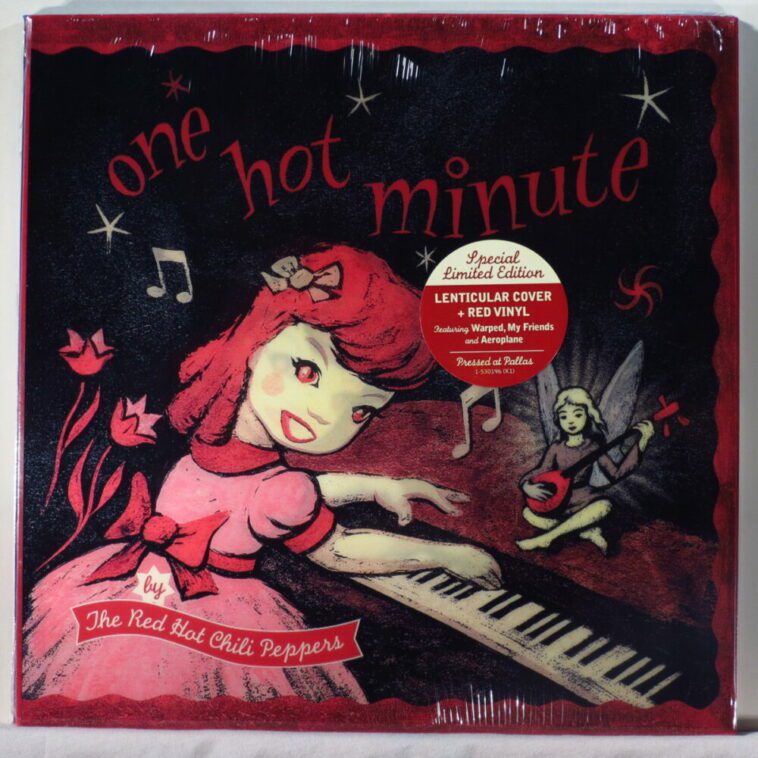 Every month, we look back at the music from 1995 to explore why these albums are still relevant to us 25 years later. This month brings us David Bowie’s Outside, Red Hot Chili Peppers’ One Hot Minute, The Velvet Underground’s Peel Slowly and See, Prince’s The Gold Experience, and Blur’s The Great Escape. 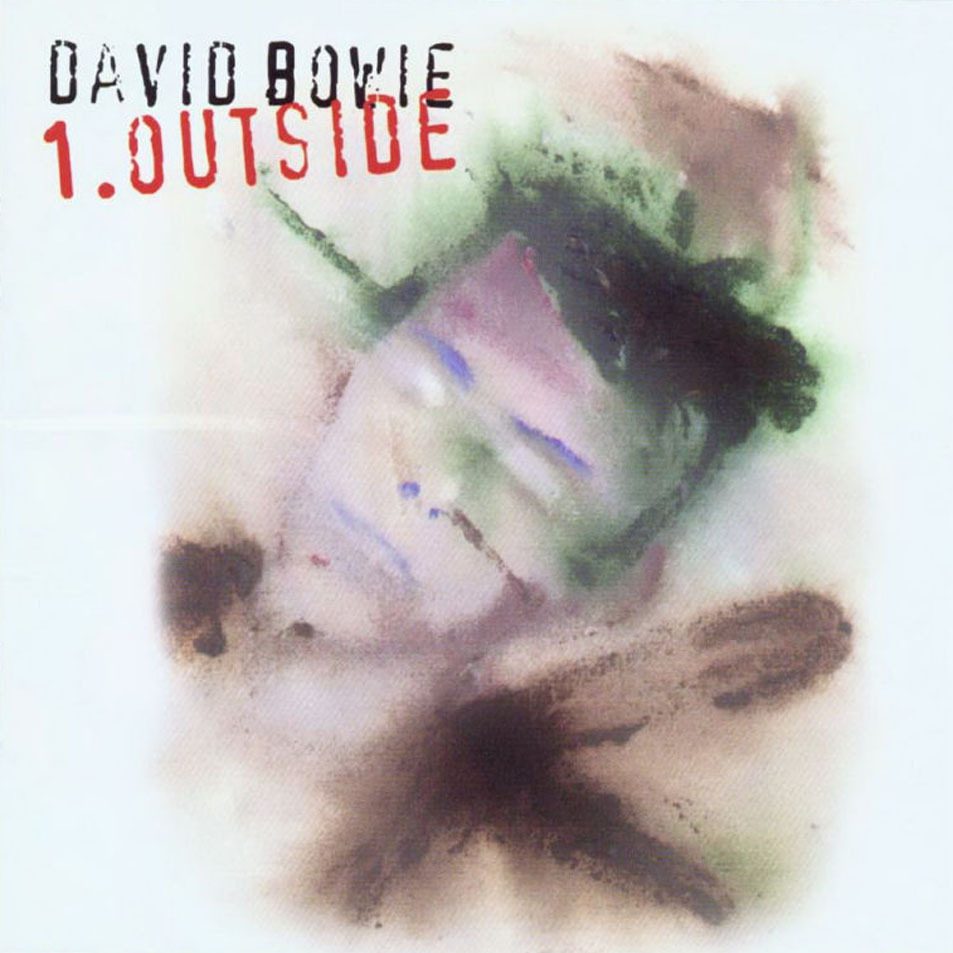 One of the interesting things about David Bowie (and part of what makes him such a legend—hallowed be his name) is that his career managed to cross generations, with different people of different ages not only discovering him at different times, but in a sense discovering different David Bowies, as he recreated himself from one era to the next.

I’m a fan of Bowie in all of his permutations, personally, but part of that may rest in the fact that perhaps my favorite Bowie is the one I first discovered, which happens to be the same one that many Bowie fans seem to have trouble connecting to—that of Outside.

I was fortunate enough to see Bowie when he was on tour for the album with Nine Inch Nails in 1995. I was all of fifteen years old, and I’ll be honest, I was there for NIN. I knew who David Bowie was, of course, and I am sure I had heard some of his music by that point in my life, but nothing had sucked me in and changed my life. Again, I was fifteen and it was 1995.

I was not an idiot, however. I knew that it was important to stay through Bowie’s performance, which as it turned out consisted of maybe every song on Outside, plus a few older (but more obscure) songs like “Scary Monsters.” I respected that a lot—he’d made a new album and he was on tour for it, after all—but it was clear a number of people in the audience were disappointed. They mostly hadn’t heard Outside before either—it had only been out for five days—and I can certainly understand in retrospect how many in attendance probably hoped he might perform “Life on Mars?” or something.

I was entranced, however. Shortly after the concert, the friend who I had gone with purchased the album and dubbed me a cassette tape of it, which I proceeded to listen to until it wore out (not really, those things are pretty durable).

A couple of years later, I went to see Lost Highway in the theater. It was my first David Lynch film, and there was “I’m Deranged” to welcome me to the experience. You could certainly argue that this is the best track on the album, but part of what I love about Outside is that it is just that—an album. I have rarely listened to it other than in order, with all of the strange spoken word that segues between the main songs. (And, yes, I know it is a concept album, but no time to get into all of that at present.)

Over the past 25 years, I have never stopped listening to Outside with some frequency. I may have lied before because I did have it on a playlist for a while with some stuff from David Lynch’s albums, Nine Inch Nails, Tuxedomoon…and I listened to that a lot. But every song from Outside was on there.

If you’ve never given the album a proper chance, I can hardly think of a better time to do so than to commemorate its 25th anniversary this September 25 (except during your three day annual David Bowie party that runs from January 8 to January 10). 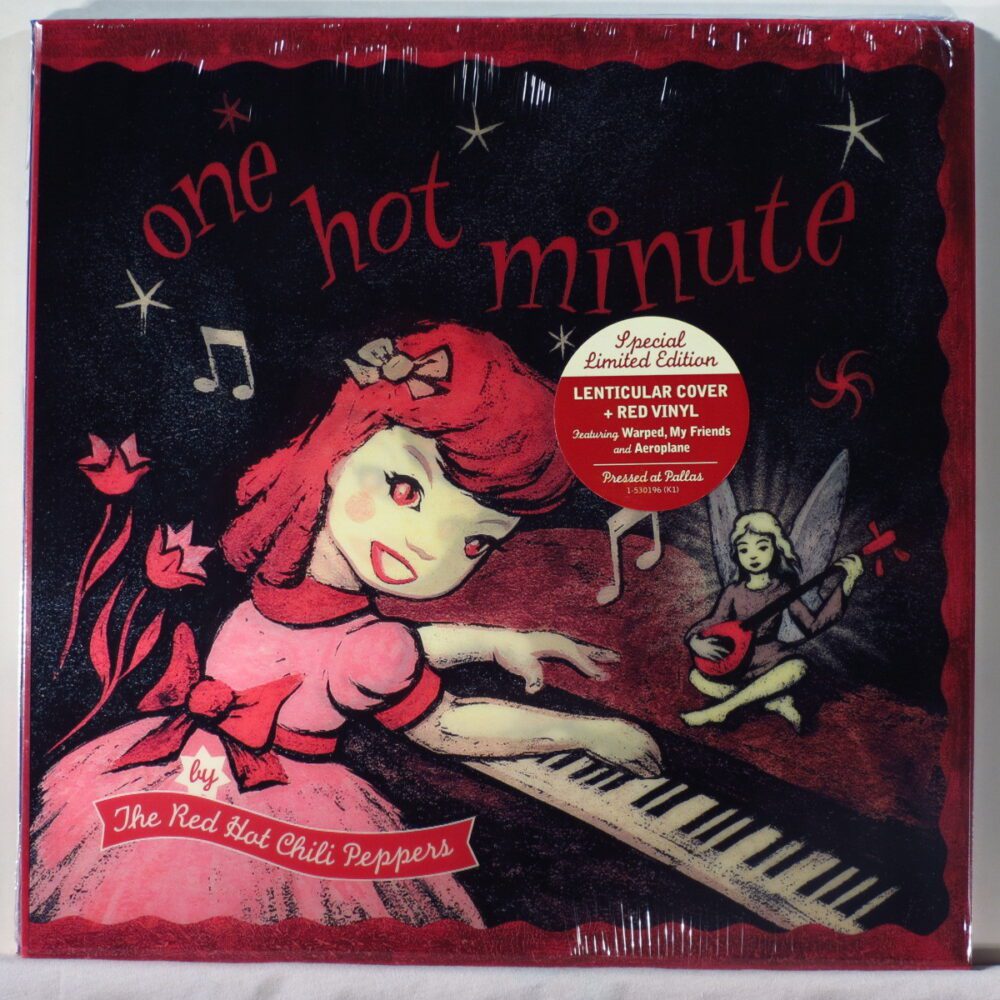 One Hot Minute is an album that isn’t mentioned often enough. It is overlooked by those who aren’t big Chili Peppers fans, but to me, it is one that really stands out. This is because since I was a child my father has played Chili Peppers albums to me. I specifically have fond memories of bopping along to “Walkabout”, “Aeroplane”, and “Coffee Shop” as a youngster. I grew up loving the band and I still do now. I’ll always be grateful to my dad for introducing me to the Chili Peppers and especially for not skipping over such a great album like others seem to have done.

One Hot Minute is an album that clearly takes a darker turn from the band’s previous Blood Sugar Sex Magik, but I only recently discovered the story behind the albums interesting experimental features.

This particular album came at a time when lead vocalist Anthony Kiedis had relapsed with his drug addiction. The band had also recently lost a close friend in 1993 when River Phoenix died, and his death was also linked to drug abuse. It’s understandable that following such events, the music produced by the band wouldn’t be as upbeat and funky as other albums. The band wasn’t feeling all that funky during rehearsal/recording time. It is believed that these events pair with the fact that One Hot Minute was the only album featuring former Jane’s Addiction guitarist Dave Navarro. Navarro has spoken out about his lack of connection to funk and the band’s style of music. It is thought that perhaps he alone bought the darker, metal sound to the album. But personally I think Dave worked well with the band, and played funk even when he wasn’t connected to it because of his love for the band members. I would imagine this darker sound coming through the emotions of the band members into the music with any other guitarist on board, too.

Despite the differences in sound, One Hot Minute has some significantly funky moments. “Walkabout” is a song that I consider to be one of the Chili Peppers funkiest. It’s slow, groovy and soothing. It inspires some thought in any listener. It’s one of my personal favourites, and there is no denying that the title song of the album is full of funk and sex in true Red Hot Chili Peppers fashion.

Unfortunately, the band hasn’t played tracks from this album live since they finished touring upon its initial release. It’s been explained that the band doesn’t feel connected to the music, and it makes a lot of sense that they wouldn’t want to revisit a dark time. Despite this, I fantasise about a One Hot Minute anniversary concert. Perhaps even for this, its 25th anniversary. I would love to witness the magic of these songs coming to life on stage. But for now, we should all be listening to the emotion-fueled One Hot Minute and treasuring the fact that such a hidden gem exists.

Next: The Velvet Underground, Prince, and Blur