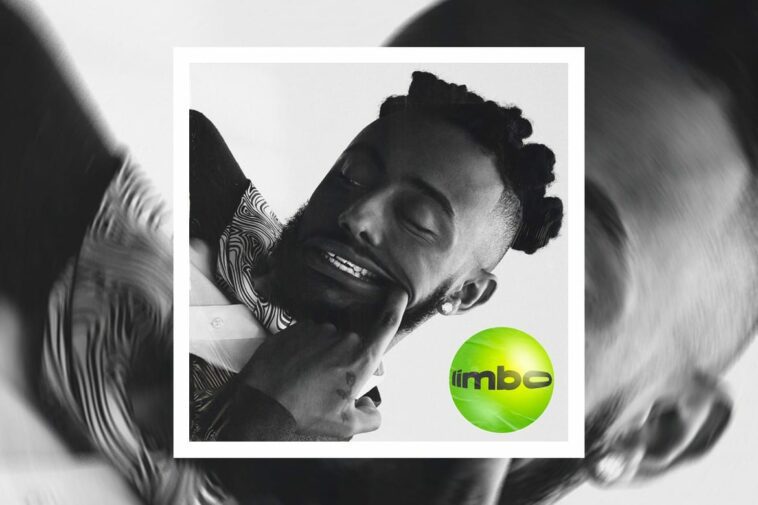 Portland rapper/singer Adam Aminé Daniel isn’t the sort of artist who had piqued my interest until recently. Despite his appearance on the 2017 XXL Freshman cover, it has only been with the release of this sophomore record that he has come to be regarded in some circles as a force to be reckoned with in hip hop. The versatility and humour showcased on Limbo justifiably turned some heads, my own included. However, there are still some areas where more graft might be hoped for in the future.

Limbo doesn’t outstay its welcome like many albums in its style, and it’s not overly constrained by that style either. Although some of the detours into different genres don’t go over too well, like his eerily accurate Drake impression on the track “Riri”, it’s a versatile listen that straddles the lines between Trap, RnB and more traditional and experimental forms of hip hop quite nicely. This is evident on the opening track “Burden”, a somewhat tasteful and laid–back cut with an alarming soul wail sampled and looped into the beat, beside the jazzy bassline, twanging guitar and stiff, short drum pattern. It’s a good tone-setter for the album kicking off its strong opening run.

This opening movement is defined by strong rapping, which gives way to more singing in the second half. Tracks like “Burden”, “Woodlawn” and “Roots” feature some impressive rhymes and creative lyricism narrating Aminé’s come up or his artistic intentions. “Woodlawn”, which title references Aminé’s Portland neighbourhood, is supported by a strong woodwind based trap beat with a rush of air-punching in on the chorus, while “Roots” has a more traditional soulful hip hop beat, typically suited to both guest singer Charlie Wilson and featured rapper JID, who brings his usual quotable punchlines.

Aminé’s singing begins to take over from here, and it does vary in quality across the album, and the lyrical quality starts to dissipate as well. The melodic rapping on tracks like “Can’t Decide” stays head-bobbing throughout the slightly underwhelming lyrics on the track and his chemistry with Summer Walker on the duet “Easy” is quite enjoyable. However, I think Walker should probably have sung the chorus alone and Aminé not tried to keep up to her or hold her back.

There are times throughout the album though where he does go very high pitched and it can sometimes be a little hard to swallow. His piercing delivery on the track “Mama” is a bit of an earsore, and some of the attempts at sentimentality on this track come off rather cringey and misjudged as he tells his mother that she’s the only woman in his life who makes him smile. “Let’s go ahead and make us all cry” is a nice intimate moment though that tugs at the heartstrings a little more powerfully.

The consecutive tracks “Shimmy” and “Pressure In My Palms” are a return to more of a rap focus, although “Shimmy” is a little too short to register as a real highlight. “Pressure In My Palms” however doesn’t suffer similarly, although the brief four-bar verse from slowthai does. The UK rapper sounds great over this beat as well; it’s a shame he doesn’t get more time to work with it. Aminé’s bars on here are some of his best on the album though, and Vince Staples comes in with a standout verse after a quality beat switch. It’s easily one of the best tracks on the album despite the disappointing slowthai appearance.

The features across the album largely succeed in supporting Aminé without stealing focus. Young Thug’s appearance on “Compensating” overshoots the track’s light, summery vibe, although he does stick to the track’s focus on attempting to make amends for a romantic transgression. The shorter appearances from less trendy artists like Injury Reserve, JID, slowthai and Vince Staples, deliver on their verses, neatly complimenting Aminé’s presence.

The run of straight RnB tracks to follow are a bit of a low point in the tracklist. As previously hinted “Riri” is highly derivative of Drake and is underwhelming in general. “Easy” is a little better, but still lacks Aminé’s strengths of humour and personality, and “Mama” is another track that owes too much of a debt to artists like Drake and Kanye for my tastes.

Alongside more radio-friendly romantic tracks, Limbo also covers Aminé’s quarter-life ruminations on ageing and maturing, describing how the recent death of public figure Kobe Bryant led him to re-evaluate his own life and priorities. One of the most endearing moments on the whole album is his celebration of the simpler things on the outro to the track “Fetus”, where he asks himself why he gets more pleasure from an act like peeling a grapefruit than from his luxury car. A lesser artist might have made such a moment feel disgustingly sentimental and corny, but Aminé delivers it with enough humour, bitterness and genuine warmth that it becomes a poignant and affectionate introspection.

This track also features an alternately piercing and desperately sad weeping industrial beat, over which Aminé discusses his feelings on potentially having a child one day but not being ready yet, either financially or emotionally. He is joined in this conversation by rap trio Injury Reserve offering their own perspectives as well as production on the track, and it’s one of the best examples of the kind of subject focus that sets this album apart from many more mainstream projects in this style, besides being easily the best song on the album.

Another conceptual track in the last leg is “Becky”, exploring the emotions and struggles around an interracial relationship, dealing with hostile reactions from strangers and those closest to you. Aminé’s lyrics on the verses don’t quite dig into the weeds as much as they could have, but it’s still a strong showing and contains some pointed moments.

Limbo does contain some strong highlights and there are few true blemishes to its detriment, the moments of introspection are weighted with real emotion and the brasher moments have infectious confidence and swagger. There’s no real sense that Aminé needs to mature much further before he’ll be able to deliver something really impressive, he has proven himself here. It remains to be seen if something more cohesive and focused lies in his near future though.