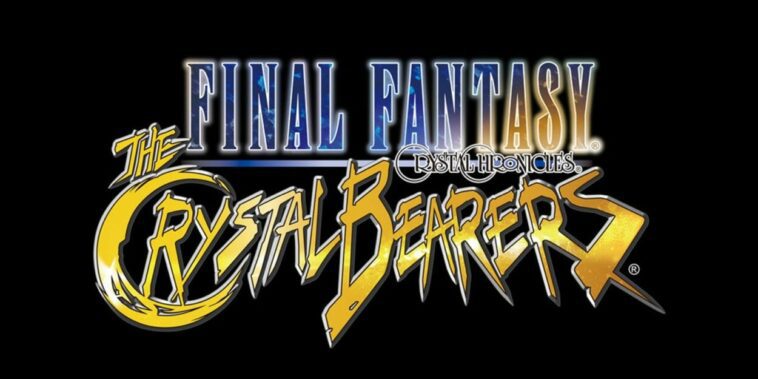 It’s no secret that the Final Fantasy franchise is the world’s premiere JRPG juggernaut. The mainline titles love to experiment with variations of the turn based or Active Time battling, and most of the spinoffs stick to this formula as well. Final Fantasy Tactics: War of the Lions might be a beloved SRPG, but it still has the jobs and turn based battles of early games in the series. It’s why I wanted to write about Final Fantasy Crystal Chronicles: The Crystal Bearers, which I’m going to shorten to FFCB, today. Not only is FFCB an unorthodox spinoff for the franchise, featuring nothing in the way of turn based battling, but it’s just a strange, strange game in its own right.

Square Enix seemed to realize this, too. Normally, anything bearing the Final Fantasy name is pretty much guaranteed to sell pretty well. Even lesser spin offs like Final Fantasy Fables: Chocobo’s Mystery Dungeon were apparently popular enough to warrant an enhanced port in the last few years in the form of Chocobo’s Mystery Dungeon: Every Buddy!  This has not been the case with FFCB. Square Enix released this game in North America on December 26th, 2009. Even as a kid, I thought that this was a really bizarre business decision, and I didn’t even know what the term “marketing” meant. You could have asked me almost anything about any of the Zelda games and I would have been able to give you an answer, though. I was a sheltered kid, what do you want from me?

FFCB is very much a product of its time. In 2009, the Wii was at the height of its popularity, and title after title was having motion controls shoehorned into them in order to capitalize on the console’s success. FFCB was Square Enix’s response to the motion control fad. See, FFCB isn’t an RPG at all. Instead, players take control of Layle, one of the eponymous Crystal Bearers. In this universe (which, if I’m not mistaken, the entire Crystal Chronicles spinoff series takes place in its own continuity), Crystal Bearers are individuals given powers over one element or another. For instance, one of the game’s antagonists is a red headed dude named Blaze. He can control fire. As a redhead myself, I’m not sure if I should be offended by this or not.

Layle is given control over Gravity, which sounds like it should open the door for all kinds of cool powers. In theory, I could picture a really neat action game where you don’t directly attack the enemies and instead have to manipulate gravity in order to save the day. Something other than the hot mess that was the original Gravity Rush, whose combat felt so token it should have been placed inside an arcade cabinet. And in the game’s many cut scenes, Layle does indeed wield impressive powers. The game’s fantastic opening is an on-rails shooting segment where he dives through the sky amidst airships and monsters holding a huge cannon, shooting said monsters out of the sky. When I was younger, I played this opening over again and again for how exhilarating and cool it was.

Strangely enough, you are never able to use his powers in such a way during the game proper. Instead, the developers use this awesome concept (telekinesis is the best superpower, and I will die on that hill) to utilize the gimmicky nature of the Wiimote. Out in the game world during exploration, you’re able to point the Wiimote at the screen, hold the trigger button, and flick the remote up in order to telekinetically pick things up. From there, you can do a few different things with them, but it mostly comes down to throwing the object at other objects and seeing what happens.

This ties in to the game’s oddball achievement system. Even though the game was on the Wii, which did not feature Achievement or Trophy support like the Xbox 360 and PS3, there are a whopping 330 challenges to overcome in the form of Medals. These can be as innocuous as saving someone falling down some stairs to something as strange as finding a ghost that pops up in different locations. Of course, the vast, vast majority of these Medals are entirely optional, and in-game hints do little to guide the player toward the proper objective, meaning completing them can feel pointlessly arduous. You have to go out of your way to explore the world, which feels counter intuitive to what the series is all about.

This is largely because the story is extremely linear, almost to a fault. If you only stick to the main story, the game is somewhere in the neighborhood of 5 or 6 hours, and you can largely avoid the game’s cumbersome combat altogether. Story objectives more often than not lead to mini games, because everything on the Wii had to include mini games. There’s a huge dance number in the game’s back half, and no, it’s not fun at all. It’s required to beat the game, though. And you can bet that all the mini games have different Medals for you to complete, because why wouldn’t they?

The catch-22 is that if you do blow through the story mode with little focus on the side activities, you’ll be woefully under-powered for the game’s final boss fight, which is large in scale and features attacks that can end you in two or three hits depending on how many health boosts you’ve gotten throughout the game (the best way to earn these is to complete the aforementioned optional combat encounters in each area). It all leads to this weird feeling of redundancy; completing a lot of the side activities can feel futile, but not getting the necessary health and accessory upgrades will leave you ill prepared for the end game.

In other words, this game is a hot mess. It does a lot of things right; the art design is pretty neat, meaning it holds up decently well today; the story and setting are surprisingly well realized, with lots of neat world building and plot twists; and the world is absolutely dense with stuff to do and secrets to find, meaning that it’s a completionist’s dream. On the other hand, the vast majority of the game’s content is optional, with little incentive given to the player to do it, and the main storyline bizarrely consists of motion-based mini games that miss more often than they hit.

So, is Final Fantasy Crystal Chronicles: The Crystal Bearers a good or bad entry into the beloved franchise? It’s very tough for me to make that call one way or the other. It defies normal RPG and Action/Adventure conventions almost to a fault. At the same time, it’s a game I invested quite a bit of time in when I was younger, and it’s clear that a lot of effort went into the world and storyline despite how messy the end product is. It ultimately just is, and the fact that it’s so tough to put a label on makes it a standout entry in the franchise to me. Not necessarily a good or bad one, but an absolutely fascinating one that is special simply because of how unique it is.

Let me put it another way: I’ve yet to play another game that puts you in the role of a telekinetic protagonist and allows you to pick up cows and shoot laser beams from their udders. And that, to me, is worth celebrating.