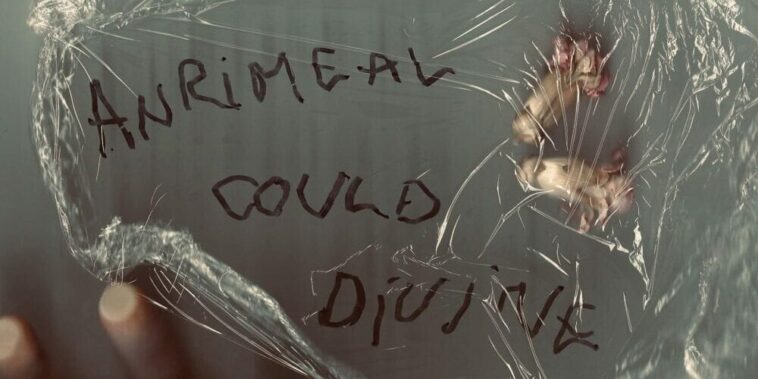 The debut album from London-based artist Ana Rita de Melo Alves, a.k.a. Anrimeal (An-Ri-Me-Al), Could Divine is a cryptic odyssey of sombre and sublime self-reflection. Anrimeal’s particular brand of musical expressionism is self-characterised as ‘Computer Folk’: containing echoes of the faery-folk of Tracey Thorn and Julia Holter, the glitchy electronics of FKA Twigs and the vocal style of Caroline Polachek, distilled down against a more minimalist backdrop, verging on the upper end of ambient, that emerges from the post-minimalism of artists like Eva Hesse. Alongside more conventional sounds, the album presents unholy combinations of glitchy electronic distortion and crying pastoral sounds of creaking branches, twittering birds and oozing mud. The cornerstones of the record though are de Melo Alves vocals and spot-lit piano, which are used to stunning effect throughout.

The opening track “Marching Parades” was released as a single and is easily the most accessible moment on the record. Starting with birdsong and sweetly crooning guitars over barely audible whispers and introducing beautiful viola melodies and pizzicato strings. At times Anrimeal seems to be exploring the limitations of herself on Could Divine, at others, she appears more to be exploring another person, singing: “scratching the surface of what I can and cannot do, walking the miles of you…”

Throughout Could Divine Anrimeal explores sentiments of regret and confusion, as if numbly picking over the detritus of a failed or perhaps still failing relationship, singing later, on the achingly beautiful “Elegy for an Empty Coffin”: “Oh I thought I was pleasing you, when I took all the flowers from grass I painted blue.” The track finally leaves us with the squelching sounds of boots trekking through mud, transitioning us into the next track, as if marching onwards and arriving in a newly discovered forest grotto or glade.

The sinister and haunting “Encaustic Witches” features mournfully crying waterphone and enveloping multi-tracked vocal harmonies that come in the forms of alternately whispered, wailed and moaned prayers. The gnomic sentiments that make up the lyrics to this track are all but indecipherable in their feverish and sinister delivery. One can imagine Anrimeal turning to the leafy canopy above and slowly beginning to spin on the spot, as the song transitions into the guitar peals, anguished cries and drum stabs of “I Am Not”.

The instrumental experimentation continues further into the record as the delicately weeping piano and guitar backing on “Headrest” give way to an auto-tuned whimper, and rumbling helicopter bass distortion. At times the record’s minimal drumming takes on a free jazz freneticism, as on the album’s title track, which forms its almost 7-minute centrepiece and supports this improvisational atmosphere with glitchy electronic breakdowns cutting the track into pieces.

“Vertical” opens with creaky stabs of stringed accompaniment, supported by percussive clapping and tender singing, before once again giving way to the soulful piano, softly strident strings and what sound like the distant cries of porpoises. This is then followed by the brief instrumental track “Breather” is literally 36 seconds of total silence, a bold but welcome opportunity to regain composure before the album’s closer “Death” which this pacing caste as more of an epilogue. 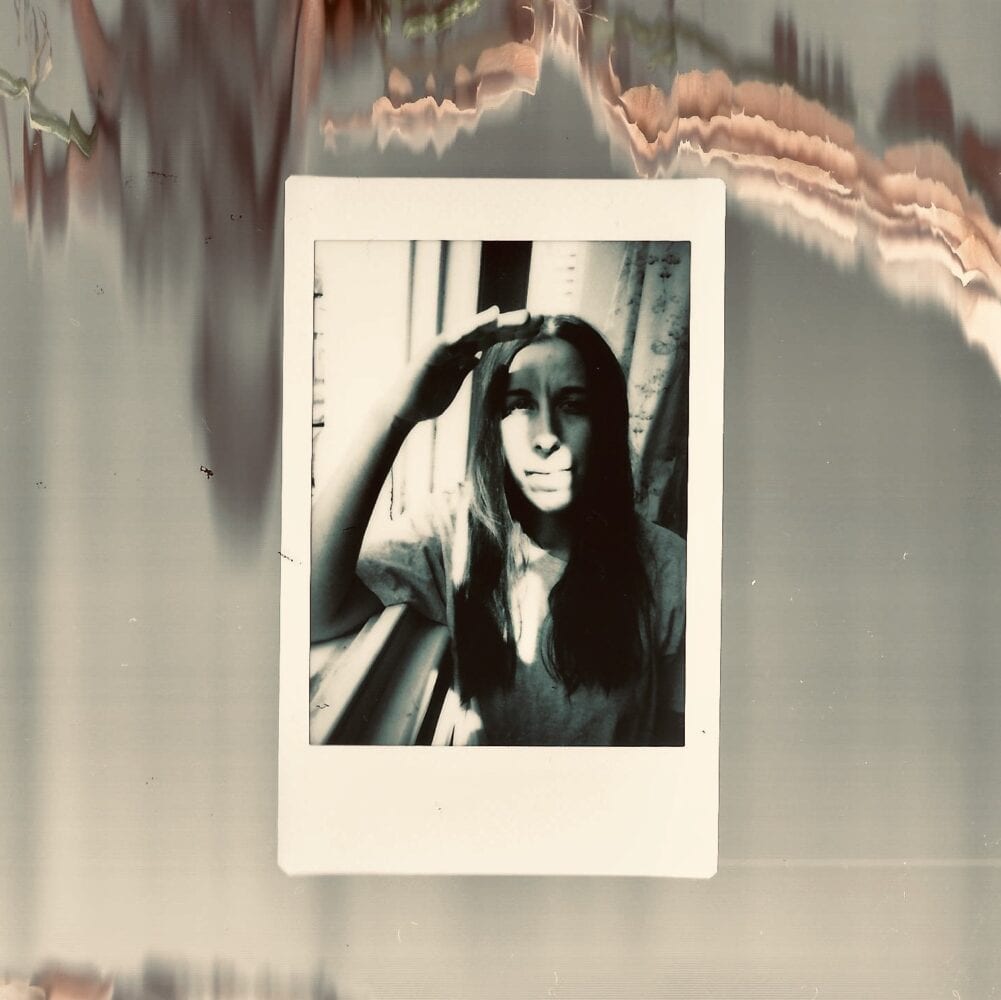 This final track lives up to the ominous promise of its title, with limpid pools of noise, spoken-word delivery and tactile record static ending the album on a dark but sensuous note, describing death in the terms of a corporeal union, or perhaps vice versa: a romantic coupling as a ritual sacrifice. Although this and the title track do strike me a slightly weaker or possibly just harder work than the other songs included here, Could Divine is a startlingly confident, cohesive and affecting project that boasts consistently captivating and fluid soundscapes.

Abstract, challenging and phenomenally engineered, yet frighteningly emotive, Anrimeal’s debut album is a haunting and uniquely beautiful piece of audio. Divine in the sense of sublimely beautiful and in that its subject is the act of divination: seeking the path or the answer to some internal riddle. It’s the perfect soundtrack to a soul-clearing woodland trek, exploring cool, musty and labyrinthine furrows and occasional sun-dappled glades.

Could Divine will be released on limited edition yellow vinyl, as well as all download and streaming services on 20th November 2020.