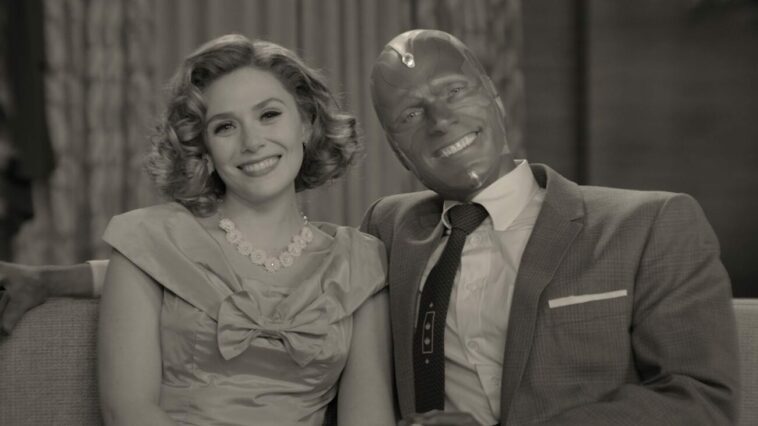 Welcome to What’s the Buzz, 25YL’s feature where members of our staff provide you with recommendations on a weekly basis. In our internet age, there is so much out there to think about watching, reading, listening to, etc., that it can be hard to separate the wheat from the chaff, filter out the noise, or find those diamonds in the rough. But have no fear! We’re here to help you do that thing I just described with three different metaphors. Each week a rotating cast of writers will offer their recommendations based on things they have discovered. They won’t always be new to the world, but they’ll be new to us, or we hope new to you. This week, Nick Luciano revisits the Ruth Bader Ginsburg documentary RBG and Rachel Stewart is excited by the WandaVision trailer.

Nick: The passing of US Supreme Court Justice Ruth Bader Ginsburg last week at age 87 prompted me to revisit RBG, the Oscar-nominated 2018 documentary about her life. It is an incredible tribute to a woman whose work affected the lives of everyone in the United States for the better.

The documentary largely foregoes recent political events—the events surrounding the 2016 election are only briefly touched on towards the end of the documentary. (During these sequences, Ginsburg receives some criticism for comments that she made regarding then-candidate Donald Trump, although these comments are later winked at during Ginsburg’s cameo in an opera production that occurred two days after the election.) Instead, the bulk of the documentary focuses on her time pushing against sexism while in law school, arguing in front of the Supreme Court as a trailblazing women’s rights attorney, and personal life with her husband, Marty.

Ginsburg’s relationship with Marty almost steals the show. Describing their marriage as a love story feels trite—that is, until you see the love in her eyes as she watches him begin a self-deprecating joke, or in his eyes while he watches her Senate confirmation testimony. Their support for one another, including Ginsburg taking care of Marty and a one-year-old when Marty was diagnosed with cancer, while she and Marty were still at Harvard, is beautiful and inspiring to witness.

The early years of her career were marred by incredible amounts of sexism that Ginsburg was forced to deal with in a largely male-dominated field. Colleagues were often openly hostile towards her, including from the dean of Harvard Law school. For her part, Ginsburg demonstrated an incredible amount of grace as she took the constant barriers, hostility, and condescension in stride, deciding to treat these as teaching moments. These experiences directly influenced her arguments before the then all-male Supreme Court as a lawyer. Of these experiences, Ginsburg said “I was terribly, terribly nervous. But then, I looked up at the Justices, and I thought, ‘I have a captive audience.’ I knew that I was speaking to men who didn’t think there was any such thing as gender-based discrimination, and my job was to tell them: it really exists.”

While no documentary can truly eulogize such an incredible and important life (nor, unfortunately, can a 500-word essay on a pop culture website), RBG remains a fantastic and moving portrait of the late Justice. The movie deftly balances humanizing Ginsburg with depicting her incredible work ethic and impact. Most poignantly, her impact can be seen on the faces of the numerous people she represented or helped through her opinions, from a woman who joined the Air Force and was denied a housing allowance, to a man fighting to receive widowers benefits, to one of the first women at Virginia Military Institute after Ginsberg’s majority opinion desegregated the school, and to her dissent in a case of a factory worker whose case inspired the first bill President Obama signed into law.

It is also seen in the faces of the high school students that get to see and meet her at the end of the film, and whom she tells “When I went to college, there was a big Red Scare in our country. Some people in our Congress saw a communist in every closet and in every corner. But it impressed me that there were lawyers reminding our Congress that we have freedom of speech and of the press, so I thought that was a pretty good thing to do…to help keep our country in tune with its most basic values.”

Sadly, Ginsburg’s death set in motion a series of events that threaten the work that she did for decades. It’s now up to us to keep the country aligned with those values.