As a member of the LGBT community, I notice representation wherever it can be found. I have previously stated that popular games are lacking in representation of our community but I think that has recently started to change. Over the past three weeks, a wonderful game called Tell Me Why has been released in the form of three episodes, all available for free to Xbox Game Pass members. I played these through with my partner and felt the urge to write about my personal feelings and praise the game (along with creators Dontnod) for its characters and storylines.

This game is unique in the way that you play as two different characters, twins Tyler and Alyson. You switch characters each scene of the episodes. The representation begins right at the beginning where we learn that Tyler is a transgender male. Tell Me Why is the first game released by a major studio to feature a transgender lead character, and that is a huge step in the world of gaming. I dream of a world where game creators want to represent all identifiable genders through their characters and Dontnod are the first company that I get that sense from. Tell Me Why doesn’t force its LGBT characters in an unnatural way, they are included as anybody else would be, there is no assumption of anybody’s identity and it creates a truly accepting experience.

To begin with, Tyler returns to his home town and along the way has to face people who once knew him as a young girl, some of which don’t even recognise him anymore, understandably. It hits right in the feels because so many of us know how hard it can be to come out, especially when you have to do it over and over again. I relate it to having a girlfriend some years ago, when I hadn’t quite figured out that I was, in fact, bisexual, so I hadn’t fully come out to the people in my life. Every time you reunite with a family member or old friend, they’re guaranteed to ask about your love life, and every time you have to go through the coming out process and confusing emotions all over again to explain your current situation. Tyler may have himself totally figured out in regards to his gender, but the game still captures the uncomfortableness of the coming out/reunion process perfectly when he is reunited with old neighbours and family. 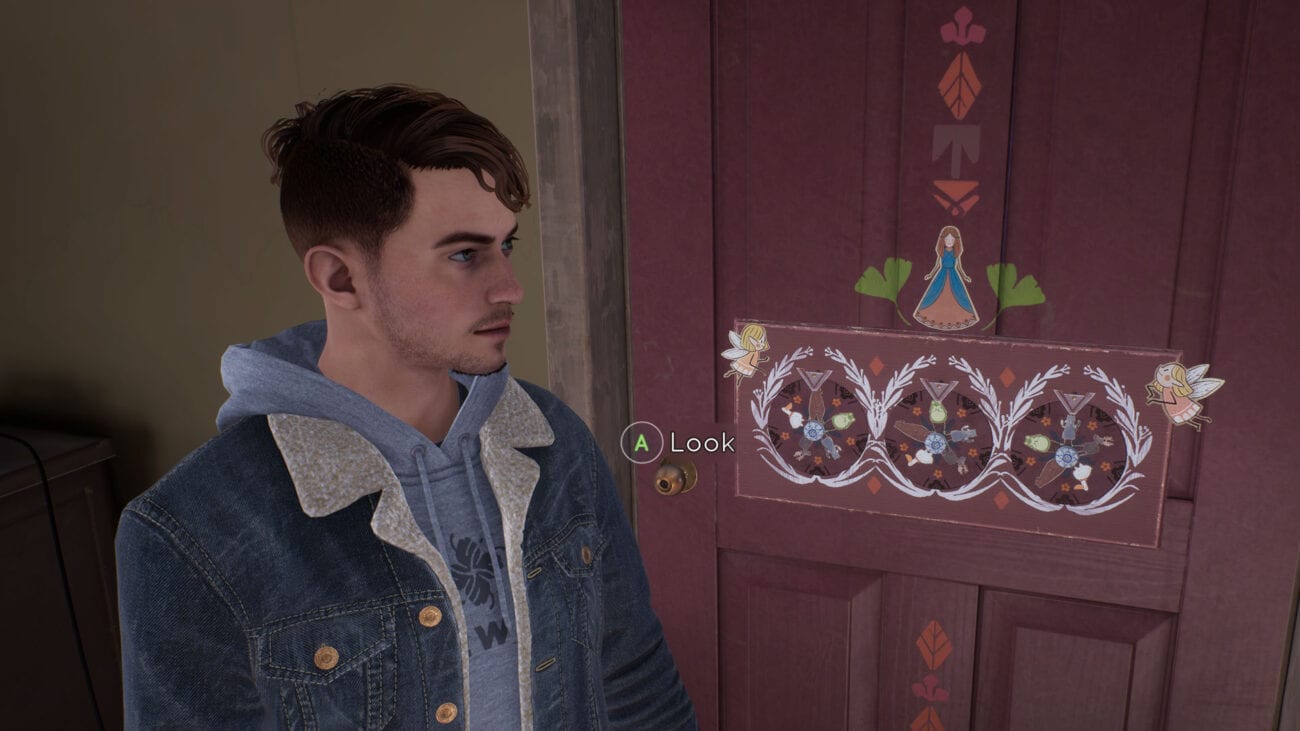 Tyler faced a traumatic experience as a child, believing that his mother threatened to kill him after he cut his hair short. The story of his mother and her tragic passing is the main story unravelled throughout the game, but I won’t spoil too much of that for you. Tyler grew up feeling that he was unaccepted by his mother and it’s heartbreaking because it’s so real. It’s hard to convey emotion in a game the way you could through film, but Tell Me Why really gets under the skin. You’ll certainly feel a strong connection to both Tyler and Alyson. Being unaccepted might be the main hurtful problem faced by anybody coming out as LGBT. To not be welcomed for who you are by your own parents could impact your entire life, and for Tyler, it has. Him feeling this way towards his mother I believe is the true reason he is so determined to figure out her secrets and the real story behind her changing towards the end of her life. In fact, if she was well when Tyler had cut his hair, perhaps she might have welcomed the changed and understood how to love her son for his true self, and the entire story this game revolves around wouldn’t have needed to happen.

Tyler adjusts to life back home and meets Alyson’s best friend Michael after they reunite, and you’ll immediately notice Michael’s flirtatious vibes. As the player, we’re given the choice whether or not to pursue this relationship. But why would you not? It’s so rare that a game would give you even the opportunity to chase a gay romance, I absolutely loved to see it blossom. It was a fun aspect to a very serious story. Michael is such a unique character, a genuinely good person, he is part of the local Alaskan Tlingit community, and appears to be openly gay in a small town. Small town communities across the US can be some of the hardest places to be gay and find romance or even acceptance from the people closest to you. I think for that reason, Michael is an inspiring character. You might think it unrealistic that he could be who he is in such a community, but there are accepting towns out there, and Michael is a very positive representation of that and, in the end, Tyler finds happiness in Michael, if you choose to follow that path during the game. 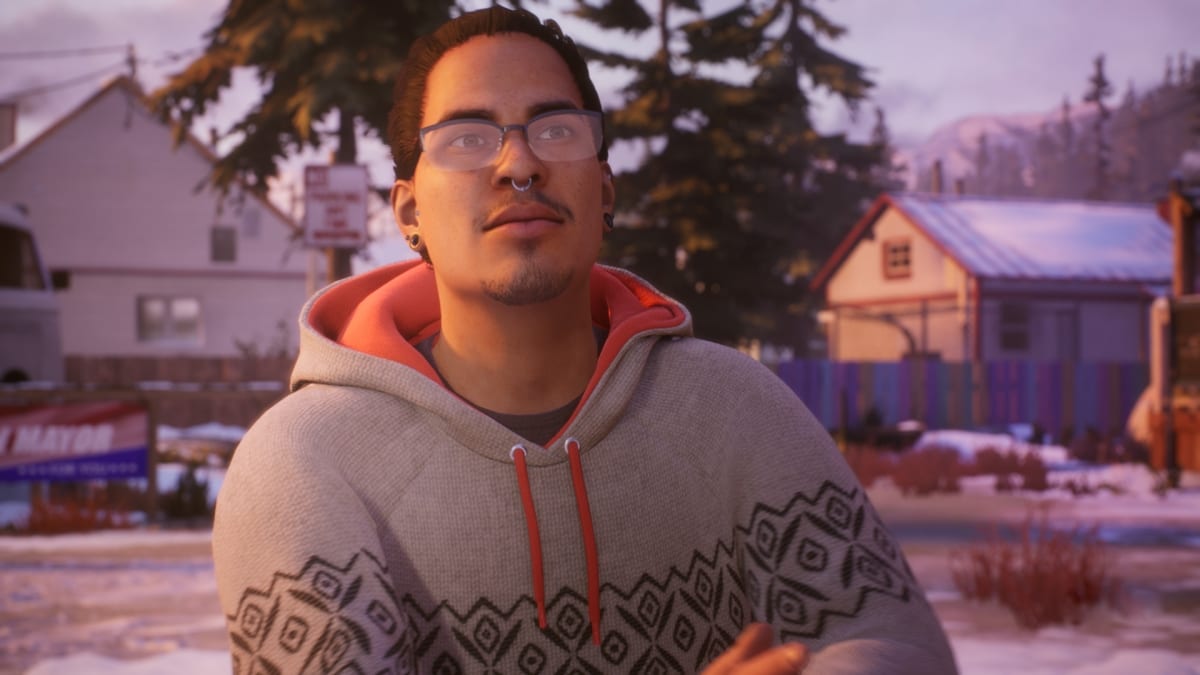 The beauty of the representation here matches the beauty of the game in general. It’s such a cosy and warm experience to play a game set in such a scenic, Alaskan utopia even considering the games dark undertones. The world of Tell Me Why is a colourful one, no wonder the twins had such a magical childhood here.

A fun part of this game is its puzzles. I always find a puzzle to be refreshing in a game, they always somehow feel new to me even if I have seen hundreds of puzzles, and this one has lots and lots of them! You work with the information you’ll find and read throughout the game, plus the ‘Book of Goblins’ that Tyler and Alyson wrote as children. The book is packed full of magical stories from their childhood and their mother’s life with characters disguised as animals or creatures. The ‘Book of Goblins’ is a real treat when you find the time to go through and read the stories, it’s nothing but magic and character building. There’s nothing I love more than story and character building! I found some of these puzzles quite hard, and I probably wouldn’t have succeeded in passing some of the optional tasks without my boyfriend there to do them, in all honesty. But it’s a sense of achievement, along with earning literal achievements, when you put in the extra effort. The puzzles pair with finding hidden collectables throughout each episode, unlike some games, you will actually earn something for your time with those. 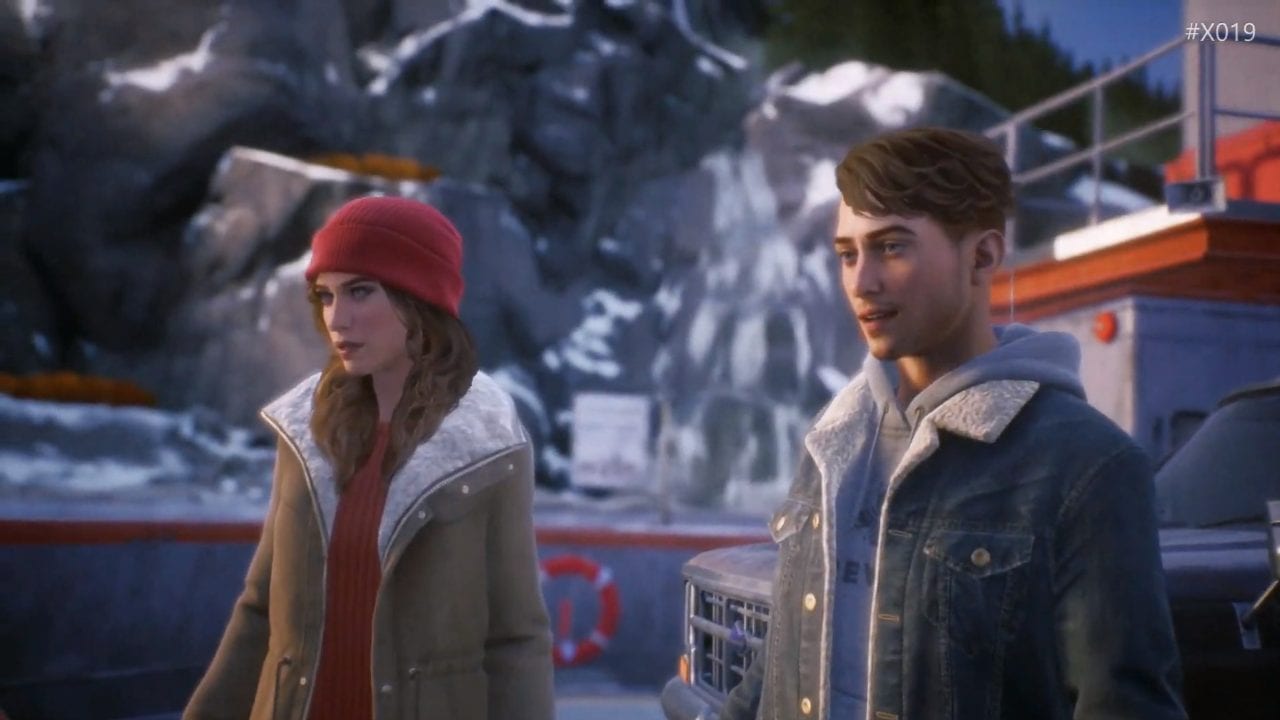 Tell Me Why is full of fun, unique quirks that make it live up to and even surpass the expectations we had of the game after loving Dontnod’s Life is Strange. I don’t know about you, but Life is Strange is the main factor that drew this game to my attention, when I noticed the similar art styles. They’re both incredibly beautiful games, I don’t think I could choose a favourite between them. I do feel that Tell Me Why features a new level of maturity that Life is Strange didn’t, but that wasn’t really needed in that game. Unfortunately, unlike Life is Strange, Tell Me Why wasn’t packed full of hidden Twin Peaks easter eggs. I guess we can’t include Twin Peaks in every aspect of our lives, can we?

The main similarity between the two is the almost super-power ability that the main characters have. Whilst Max could rewind time, Tyler and Alyson can use their connection to talk to each other in their minds, this is called their voice. I like to think of it as something that developed from the strong bond they held as children. When you are born and grow with another person, how could you not develop an almost magical connection? The twins can also visualise their memories, and at times, they remember things from the past differently and are able to see how each other remembered certain events. This is something that will bring you to face hard decisions as the player. You will find yourself having to choose between real memories and this will affect your fate, along with your relationships. Games that give you choices that actually have an effect on the rest of the game feel all the more real, don’t they? I really enjoy this factor in Tell Me Why.

There are so many reasons that I could recommend playing through Tell Me Why, but the one I most wanted to address here is the company Dontnod and their continuous support for the LGBT community. We fell for Max and Chloe in life is strange and we made that relationship happen, and now we get to play as a transgender male who happily falls in love with a local Alaskan gay man in small-town America. It’s something that really surprised me and I’m so happy to see exist in the gaming community. I hope it inspires more creators to incorporate LGBT characters into their stories. I think I can confidently say that Tell Me Why is my new favourite game available on the Xbox Game Pass.