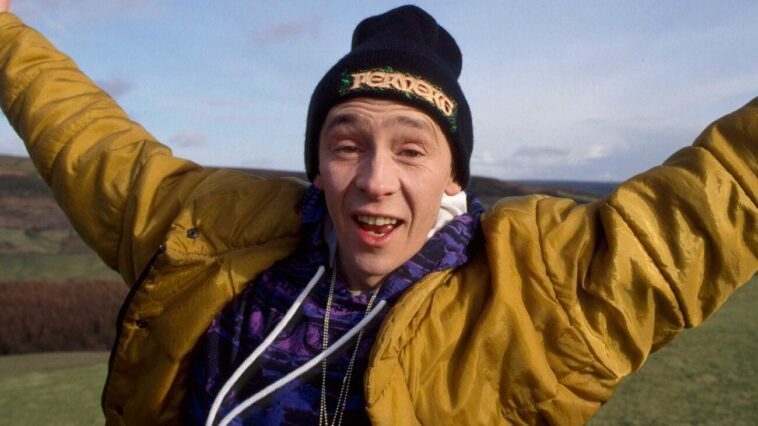 I’m somebody who tends to fall in love with a television show and watch it over and over again for the entirety of my life. It’s so easy to do this with sitcoms because they’re fun and lighthearted and can be played in the background of whatever you’re doing. While I love American comedies like The Big Bang Theory and How I Met Your Mother, I have a large space in my heart dedicated to British comedy. If you’re unfamiliar with British television, a huge portion of classic British sitcoms came from the ’90s and I’d love to share my favourites with you in the hopes that you’ll check them out too. 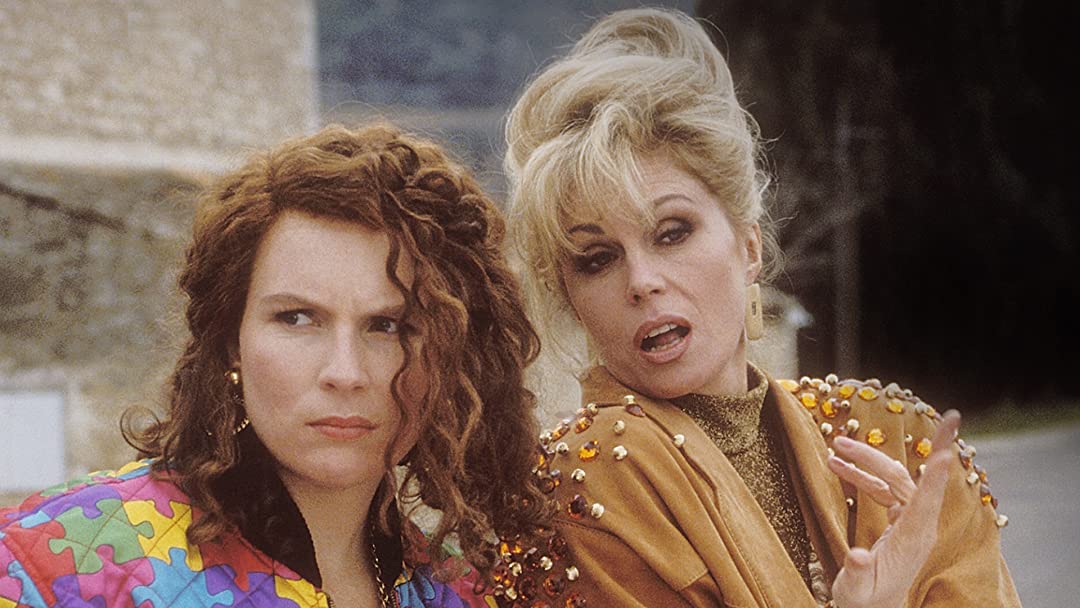 I absolutely love the relationship between Eddie and Patsy. So much so that my best friend and I often act out moments from the show together because it’s such an inspired friendship (aside from the drugs and alcohol, of course.) Eddie has a sensibility about her that balances out Patsy’s absurd party animal lifestyle and it makes them really funny and surprising to watch. Ab Fab is such a fun, drunken time, and there’s loads of it to binge through. I think the show is special because when you meet a fellow Absolutely Fabulous fan, you have a friend for life. And it’s just fun to run around drunkenly calling everybody “sweetie, darling!”

I was even impressed by the Absolutely Fabulous reunion movie. It was an appropriate way to reunite the characters and I loved the direction their lives had taken. You’ll notice a lot of shows in this list have held or have rumoured reunions. I hope one day all of them do. Because I miss them all so very much, and a new season of Ab Fab would be a dream come true. 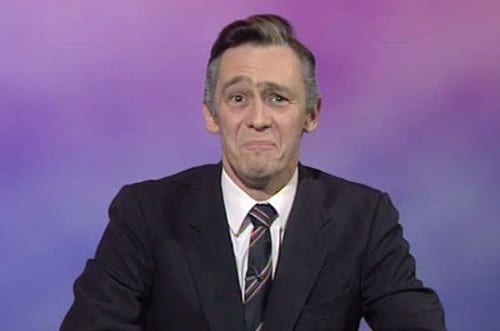 The Fast Show stands out from the crowd as the show that will actually make you laugh out loud the most. My favourite characters are probably Ted and Ralph because their friendship, or whatever that may be, is so awkward that you can’t help but laugh and cringe at it. Then there is Eric, the “Brilliant!” man! He’ll make you happy, he’ll run down the street telling you everything in his life that is brilliant, and he is brilliant himself. Hilarious! Every episode of this show is completely hilarious. It’s very similar to Harry Enfield and Chums, sharing some cast members too. Each episode is made up of comedic skits where actors play different characters and I find each character to be just as unique as the last. This style of the show is something I never see today and that’s why I was thrilled to catch up with the cast in the recent The Fast Show: Just a Bunch of Blooming Catchphrases. It would be a great idea for someone to recreate this type of comedy today, although I’m not sure anything could come close to this level of hilarity. 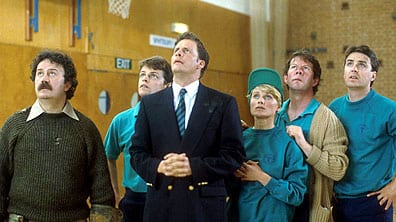 Yes, I admit, my love for Red Dwarf and Arnold Rimmer bought me here. Chris Barrie brings the same level of humour to The Brittas Empire that he does elsewhere, and Mr Brittas’ unfortunate luck running a leisure centre is so funny. It’s always humorous to see someone having such crazy bad luck, isn’t it? You can adore Mr Brittas almost as much as he will annoy you and annoy his staff too. I have heard rumours of a revival some years ago that I don’t think ever added up to anything, but I think that Mr Brittas as an older character could potentially be even funnier than he was before. 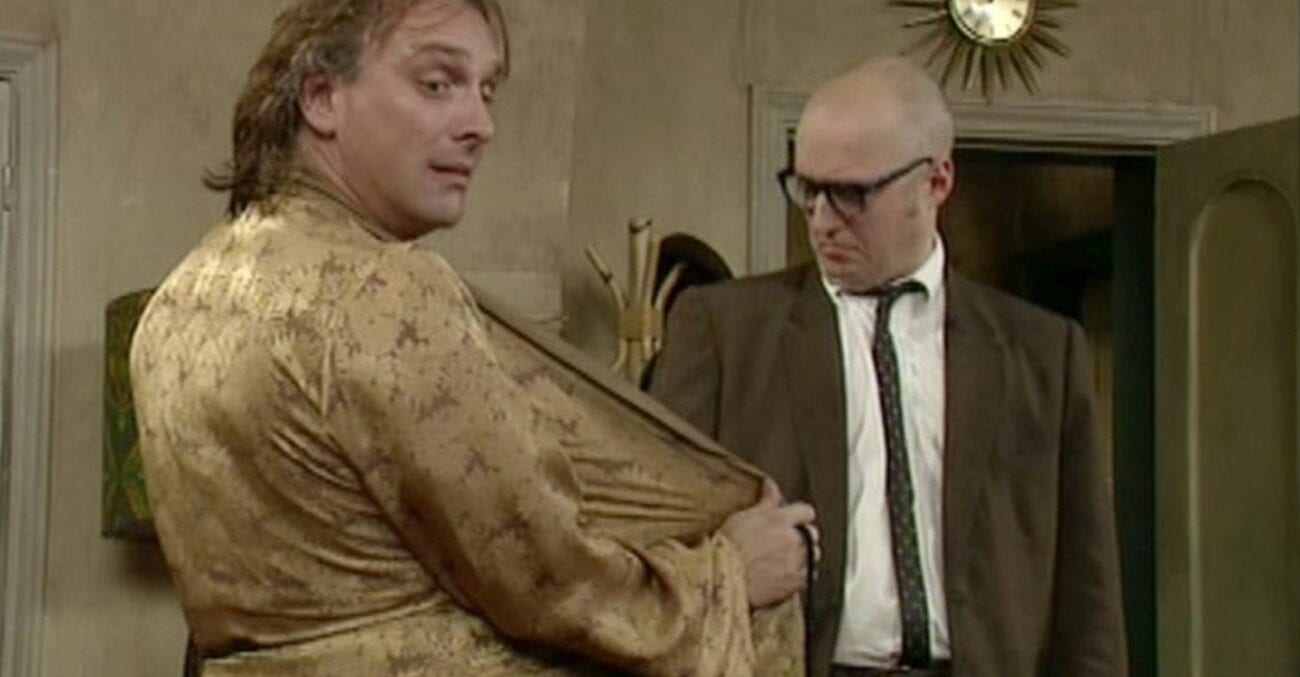 Bottom is a show that I’m surprised I like as much as I do. That’s because its humour is far from my own, it’s silly and dramatic and violent. But even with that I can’t help but find the dialogue from Eddie and Richie to be amazing. I find myself laughing at moments in Bottom that aren’t even the jokes, more so than I do with the scenes of someone repeatedly being hit over the head with a frying pan (for example.) But all of it is enjoyable, the characters of Richard Richard and Eddie Hitler are as quirky as their names are. Remembering my first watch through of the show, a particular episode where Richie was bored and trying hard to catch Eddie’s attention. He sits and looks around the room for something to point out and exclaims “Oh look, there’s the phone” and for some reason that moment got me hooked on the show. It’s still really funny, even though I’ve never seen anybody else laugh at that! 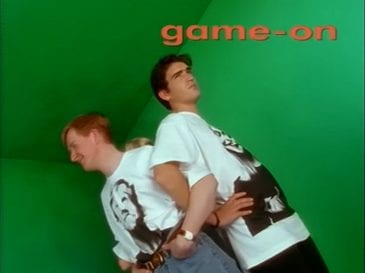 Game On is comedy gold. That’s quite a statement and I believe it to be true. My friends and I share jokes from Game On to this day and still find them hilarious. Matt Malone is the only example of a character who’s actor was changed unexpectedly during a show and it still worked perfectly. Both Ben Chaplin and Neil Stuke captured the personality of a jealous, unloved man who is unable to leave his apartment and is incredibly bitter about it. He hilariously insults the lives sad life of Martin and the sex-based antics of Mandy because he’s jealous that he is too scared to leave and find a partner. Mandy and Martin don’t exactly live exciting, successful lives themselves, but Matt, while incredibly witty, is kind of the lowest of the low. Still, you can’t help but find him to be a little cool while he’s waxing his board.

One Foot in The Grave 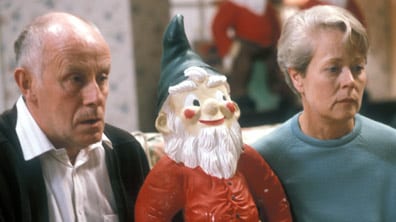 Just when you thought Mr Brittas was the epitome of comedy through bad luck, we meet Mr Victor Meldrew. Victor is one of the reasons I believe an older Mr Brittas would work so well. Victor’s classic quote “I don’t believe it!” captures his life perfectly. One Foot in the Grave is an endless circle of unbelievable unfortunate events that would only happen to Victor, and it’s his own reactions that make them funny. Victor is such an easily aggravated man and even the littlest thing can turn his day around. His wife Margaret would usually be the ideal kind of easy-going character to balance out Victor’s stress, but even she doesn’t often seem to be able to do that. I feel like we all know someone who reminds us of Victor Meldrew from time to time, and that adds to the humour of the character. It’s a fully believable show and I almost find myself believing that Victor and Margaret are really out there.

This is another show with a great movie, One Foot In The Algarve. Everything that could possibly go wrong on a holiday goes wrong for the couple in this movie and it pairs with the show perfectly.

Only Fools and Horses 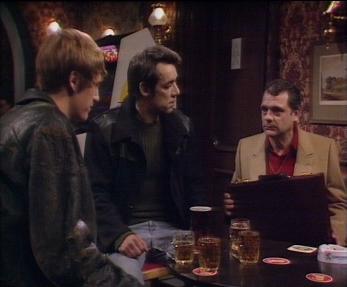 The final two shows on my list are the absolute classic favourite British comedies we all know and hopefully all love. Only Fools and Horses speaks for itself. Del Boy, Rodney, Grandad and Uncle are all the stars of the show. I couldn’t honestly pick a favourite. We almost live their entire lives with them. They’ve certainly been with me my entire life, and I still watch reruns almost daily. Living in England, I’ve experienced the pub culture involved in the show and I’ve met my fair share of wheeler-dealers. It’s something I’m not keen to surround myself with in real life. I guess the characters in my town aren’t as fun as Del, Boyce and Trigger, because, in this show, it works perfectly. It’s somewhat an accurate representation of real British life that I’m happy has gained some recognition overseas, particularly in Europe. 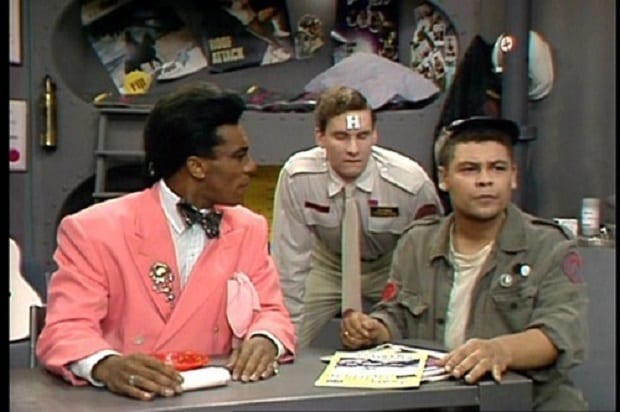 Yes! It’s a Sci-Fi comedy! Don’t you just love when the two genres cross over? I love laughs, I love space, and I really really love Red Dwarf. This show has one of my favourite casts on anything. I hate to see an episode where one of them is missing because it’s their witty back and forth and insult-based humour that makes their friendships special. Strangely, if I were to relate myself to a character, it would likely be Kryten. We’re both incredibly overly emotional. So I find his breakdowns when he can’t follow orders particularly brilliant. Red Dwarf recently reunited and returned to our screens and I’ve never been so excited for a new season. It feels just the same as Red Dwarf in the ’90s and I don’t have to tell you how uncommon that is in a reunion.

I certainly hope that my list proves that England sure knows how to write comedy. I would love to come back and discuss my favourite comedies from the 2000s right through to today because even now we’re still creating incredible hit sitcoms and clever comedic series. It’s one reason to be proud of being British!