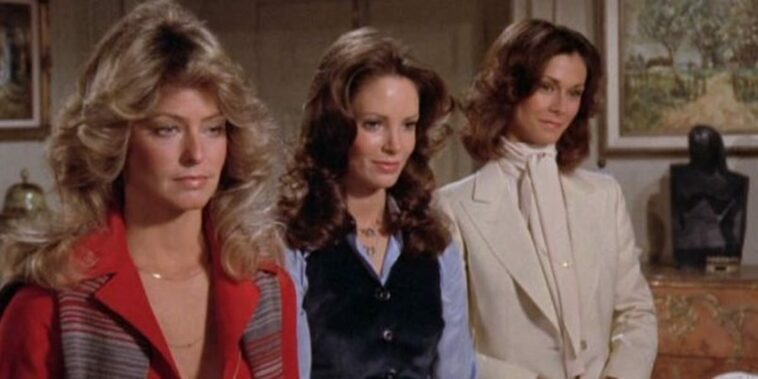 The original trio lasted for only one season, as Fawcett departed the show, and it was my favorite season. From the get-go, the series held lots of potential. I remember watching the pilot on a rerun as a kid with my mom, who was a big fan of Charlie’s Angels and who passed on her love of the show to me.

At the time I saw the episode, I could be found reading a Nancy Drew book, so mysteries were definitely a primary interest of mine. The pilot stood out to me for two reasons: the teamwork of the Angels and the plot. The latter was an intricate mystery, given that the Angels had to prove that Vincent LeMaire was murdered and bring his suspected killers to justice.

The Angels definitely prove their skills, going straight to work without delay. The audience finds out their plan as the pilot moves along, and I couldn’t help but admire how brilliant and detailed that plan was and how each of their efforts made an important contribution.

Kelly (Smith) posed as Vincent’s long-lost daughter Janet, appearing just before Vincent is to be declared legally dead, which is inconvenient for his wife Rachel and her significant other Beau. Rachel stands to inherit Vincent’s vineyard and accompanying mansion, but with Janet’s appearance, it threatens her inheritance. Naturally, Rachel and Beau, the latter of whom tends to handle the dirty work with Rachel’s help, decide to get rid of Janet.

When Kelly avoids their attempt to kill her, she subsequently became a part of their plan to kill the real Janet, whom Kelly claims to have kidnapped prior to her arrival, which is where she attests to have received the information needed to convince Rachel and Beau she was the real Janet LeMaire. It’s a whirlwind of surprises and twists, and it’s not over yet. Sabrina steps in as the next Janet impostor and allows Rachel to keep her inheritance—provided she builds a bird sanctuary on the property. This request is specific, and the location of the sanctuary prompts Beau to remove the body of Vincent LeMaire, who was killed years before by him and Rachel out of greediness for LeMaire’s money. The Angels are certainly intelligent, and Rachel and Beau are no match for them, given the Angels frequently outsmart them. 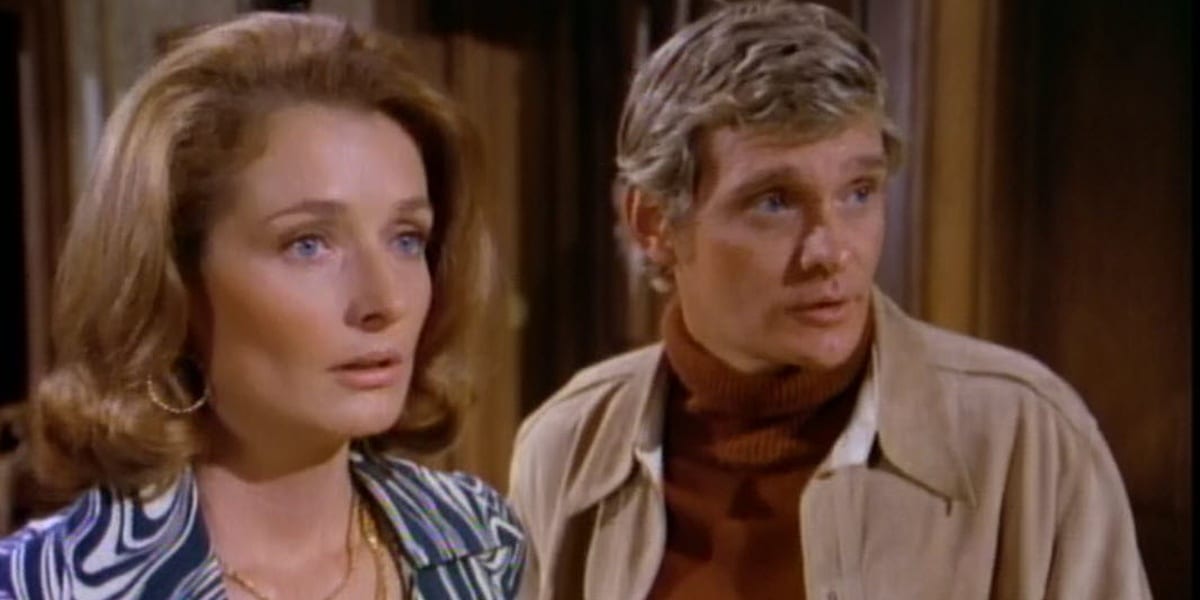 This trick works wonders—Beau falls for it and is later caught red-handed with Vincent’s body. Not only that, but the Angels swindle a great deal of money out of Beau, which turns out to be their fee. They had a plan and a back-up plan. It worked quite seamlessly for them, and just in case it didn’t, Charlie came through for them by calling in local Aram (played by a young Tommy Lee Jones), who knows the real Janet LeMaire and who previously covered for the Angels. Aram brought help when the Angels needed it most: out in the swamp, as Beau and his goons were prepared to kill them on the spot under the cover of nightfall.

Each Angel proved to be adept at quick-thinking—with their chosen careers, they have to be quick on their feet. They manage to escape their captors in the dark, though Jill (Fawcett) does have a close call when Beau nearly shoots her dead in the swamp. I remember being grossed out at the fact that she jumped into the swamp in the first place—it’s not the Pacific Ocean—but when push comes to shove, Jill overlooks the ick factor and chooses survival.

From the pilot, it’s obvious that the three women are friends who care for and look out for one another. It’s also clear that they have a good dynamic going—given that they have to trust each other with their lives, it’s a necessary aspect. They can also play off of each other, like Kelly and Sabrina (Jackson) switching roles so easily.

I was also impressed by Jill’s role-playing, particularly when she played a country girl in the middle of nowhere—accent, looks, and all. She swindled Beau out of a lot of money and made it look effortless, all the while playing a memorable character. It really outlines Fawcett’s talent as an actress, too.

Bosley, for his part, always makes me laugh. He was helping the Angels in other ways, pretending to be a birdwatcher in one instance, and adorably looking for a sign of appreciation from Charlie himself. Speaking of Charlie, he’s one of my favorite characters whose face audiences never see—like Wilson from Home Improvement. Charlie’s got a suave vibe, and he’s always surrounded by riches and lovely ladies, but we never see the face behind the voice.

I think this was part of the pilot’s allure; audiences likely wondered if Charlie’s face would be shown someday—that, and the three lovely leading ladies. Such a thing was rare in 1970s television, and to see three strong career women with serious skills in butt-kicking was undoubtedly part of the show’s success.

I excitedly awaited the entire episode to see how the Angels would prove that Vincent LeMaire was, in fact, murdered by his wife and Beau. That was half the mystery. The other half was this: where was the real Janet LeMaire? Even the Angels didn’t know until the very end of the pilot.

The mystery of Vincent LeMaire’s murder was the episode’s prominent storyline, and it unfolded with perfect timing, partnered with seamless acting from both the main cast and the guest stars. I’ve already expressed my admiration for that plot. The mystery of Janet LeMaire’s identity and location stuck in the back of my mind; I remember wondering about that the very first time I saw the episode. And you know what? The episode had a perfect answer for that, tying the episode into one perfect bow in its conclusion: Janet was their client the entire time.

The Angels had questioned who had hired them, and their client being Janet made perfect sense. She hired qualified investigators to risk their lives to find out a truth that Janet no doubt had wondered about since her father’s mysterious disappearance. The Angels not only defeated the villains, but they gave Janet some closure. In some ways, Janet was the mastermind of their brilliant plan. Plus, Janet was reunited with Aram, and she got a happy ending, promising to build a barn down by the river—something Aram had initially come up with to test Kelly to determine whether or not she was really Janet earlier in the episode. It was a cute inclusion, ending a serious storyline on an upbeat note.

The episode may appear dated because of the technology, fashion, and other such elements, but I personally enjoy these things. You never know—some of those things might just rise to popularity once again. Bell bottoms are certainly coming back in style. However, the reason I think the Charlie’s Angels pilot holds up is because of the actors, their dynamic, and the pilot’s plot. The plot contains enough action, wittiness, and surprises to keep viewers interested. I also appreciate the writing and structure of it—television was different back then, and I’m a fan of the panache of 1970s TV.

All that said and done, I highly recommend the pilot episode. It’s my favorite episode of the entire series, and it starts Charlie’s Angels off with a bang—strong in every way and promising lots of adventure, action, friendship, and more, which it would deliver on in the seasons to come.