I’ve never been to New Orleans, but it’s been on my destination list ever since I saw Scooby-Doo on Zombie Island. The animated introduction spurred a lifelong desire to visit the culturally rich city; I’ve long desired to see its historic cites, hear jazz music, and try a few culinary delicacies that can be found nowhere else.

I live out this dream on NCIS: New Orleans in a way. The show does a great job with storylines concerning each of the characters, but part of the heart of the show is its setting. It outlines different aspects of New Orleans, and considerately references Hurricane Katrina from time to time, and the toll it’s taken on the city—but also how the city survived. I don’t know how authentic everything is concerning New Orleans on the show, but I appreciate the glimpses of life in the city, and Dwayne Pride’s (Scott Bakula) love for his hometown.

NCIS: New Orleans is different to me in the sense that it stands out from its two predecessors. I prefer the show’s structure, its storylines, its characters, and the fact that it gets to the point sooner.  New Orleans and its team have a welcoming, family vibe that I love, and plots I can’t get enough of, which leads me to my favorite episodes—so far.

If you haven’t watched the entire series, be aware of spoilers ahead.

I loved the character of Chris LaSalle (Lucas Black) from day one. His Alabama accent, his devotion to his boss and friend Dwayne Pride, and his dedication to his job were just some of his best qualities. Naturally, no one’s life is perfect, and Chris is put to the test in this episode when he has to help his older brother Cade (Clayne Crawford) out of a bad mess. 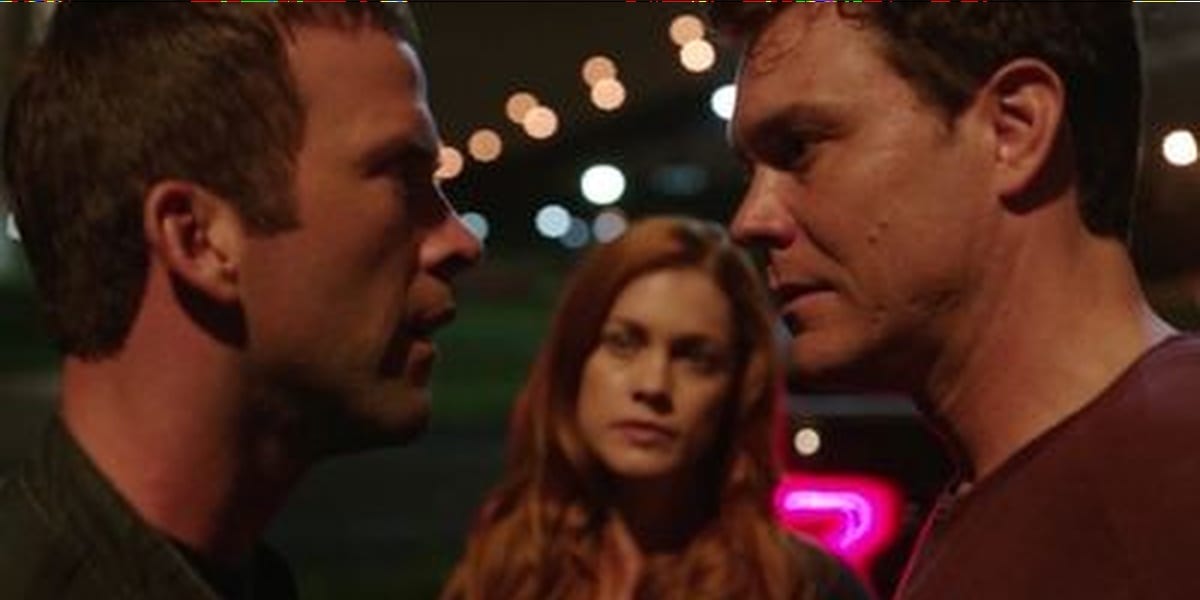 Cade is facing murder charges when his girlfriend winds up dead, and things are looking bleak when Cade cannot remember any details pertaining to the case. Cade also deals with bipolar disorder, and unfortunately, this only helps the evidence against him. I love episodes that focus on the main characters, allowing audiences to get to know them better, and this episode demonstrates the deep bond that is brotherhood between Chris and Cade. Chris is dead-set on proving Cade’s innocence, even risking his career by investigating even after he’s officially pulled off the case for being too close to the people involved. I loved that the show featured a character like Cade, and the fact that Chris never gives up on him—this episode really puts everything they’ve built up over the first season to the test, and without giving anything away, the two come out stronger—although, the episode ends with a cliffhanger that brings pain to Chris, amplifying the stakes in preparation for the upcoming first season finale.

I love Sebastian (Rob Kerkovich). He’s smart, he’s quirky, he has a tendency to babble, and his character development has been one of the most significant on the show. He’s been around for all six seasons so far, and in that time he’s transitioned from lab tech to NCIS field agent—an impressive feat. 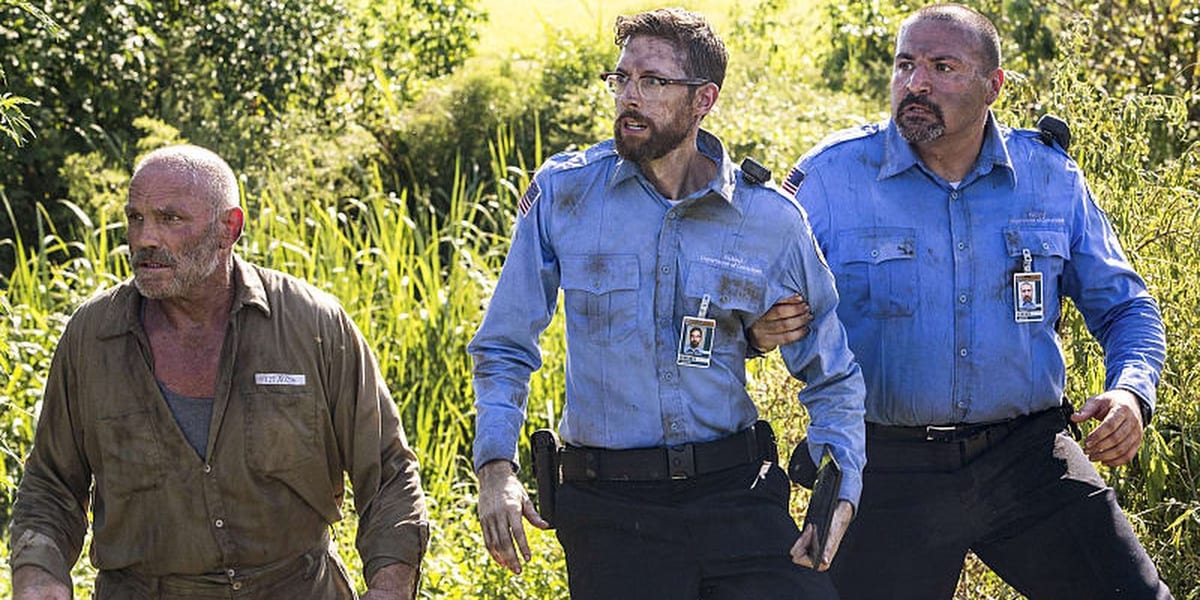 In any case, this episode truly demonstrates Sebastian’s promise as a future agent, and who he already is: a genius and a gamer in his own right. He’s kidnapped for his gaming skills to help initiate a daring and highly dangerous prison break—and even when he doesn’t have to, he still goes after the villains, even blowing up a truck. That’s seriously badass, and offers more insight into Sebastian’s character. Plus, audiences get to see Sebastian interact with his overprotective mother, played by Wendie Malick in this episode, and there are some priceless moments between them.

This episode is perfect for the upcoming Halloween holiday. It features plenty of spookiness, a ghost story, and a healthy dose of comedy to top off this gem of an episode. The NCIS team is tasked to investigate a murder, but not just any murder—it’s a homicide with ties to a case from 150 years before, which has since spawned a legendary New Orleans ghost story. 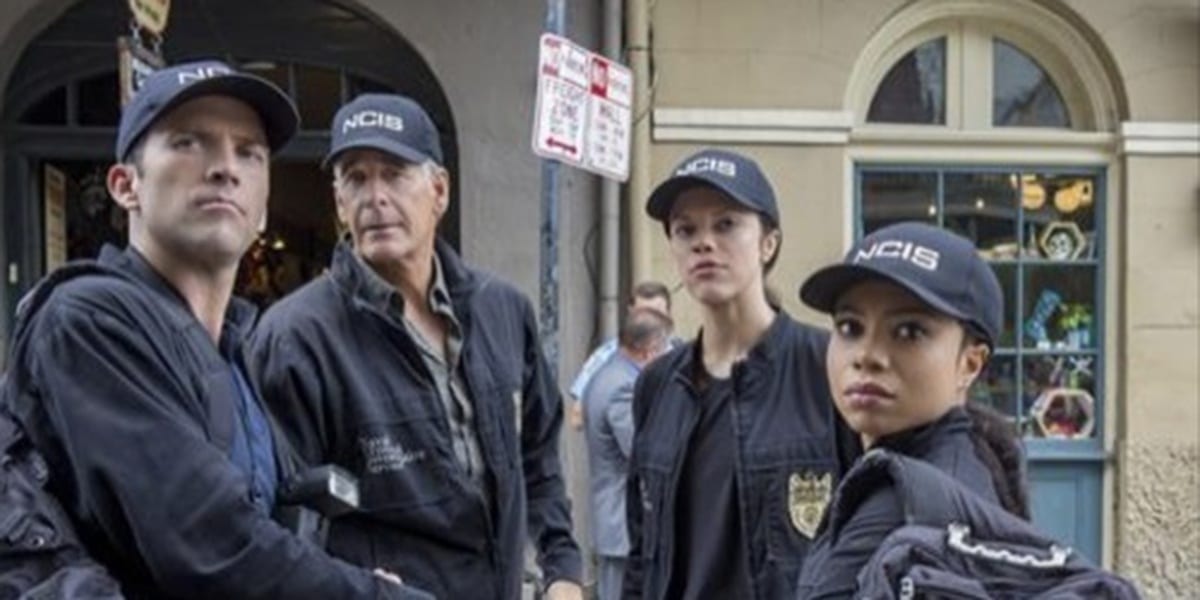 Tammy Gregorio (Vanessa Ferlito) is considerably spooked throughout the whole episode, and the team tends to give her a bit of a hard time about it. Tammy is one of my favorite characters, and I can understand her hesitation when it comes to messing with things that can’t be explained. I love a good ghost story and mystery as well. The storyline perfectly blends the past with the present, and even provides two families, who have both been through tragedies recently, some closure and some peace. There’s even the added humor of a con man who gets his karma when he can contact spirits for real—it’s no wonder why this episode made my favorites list.

Killers that stand out make the episode stand out—at least, to me. This episode features a female serial killer as the villain, and this killer has some serious issues. She forces her victims to confront their pasts, and she’s closer to the team than they realized—specifically through Gregorio, who was once her student when she was training to become an FBI agent. 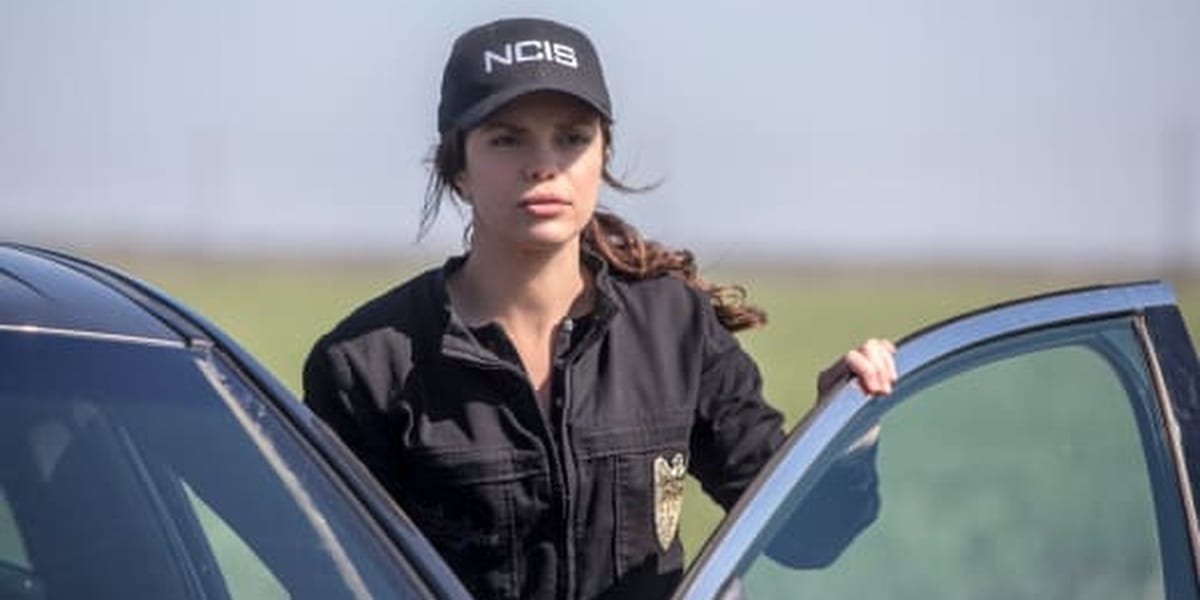 This episode primarily focuses on Gregorio, as someone she cares about is placed in danger, and in order to save her, Gregorio takes her place. The episode challenged Ferlito as an actress, and she more than proved her part against her vicious and savage serial killer foe, who forced Gregorio to confront something painful in her past and to fight for her life.

I’ve seen a fair amount of episodes from a variety of shows that depict a character’s life hanging in the balance, on the edge of life and death, and somehow conflicted over which path to take. This episode is one of those circumstances, but I love it anyway, because it doesn’t follow the typical layout—at least, in my book. 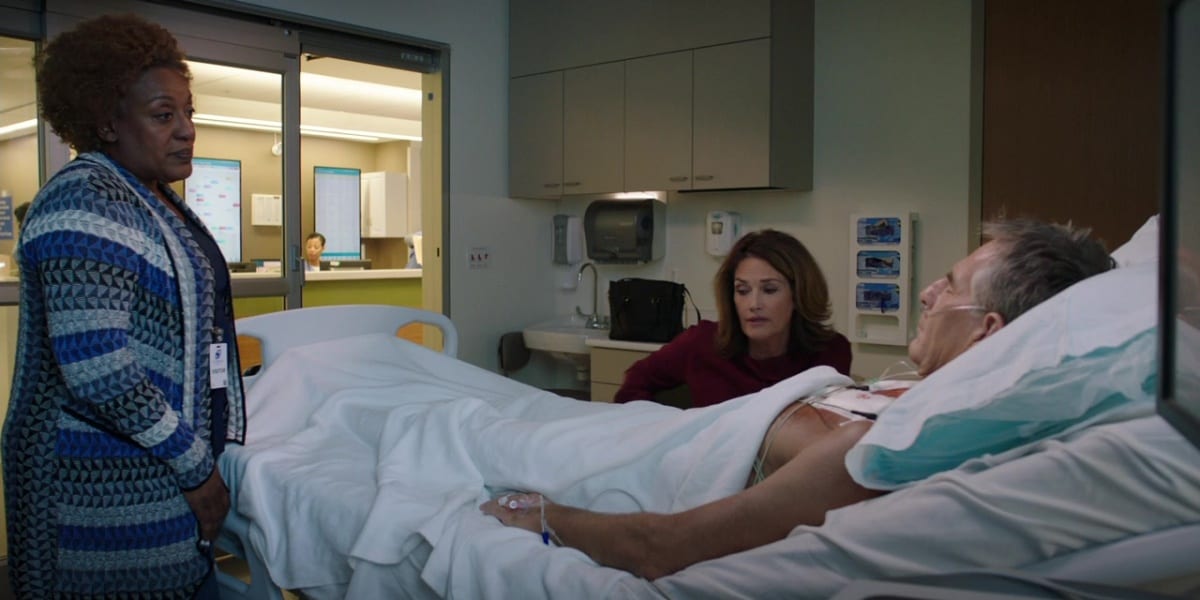 Pride is fighting for his life after the events of the Season 4 finale. His team are rallying around him, all worried, and he has a few close calls. Still, he survives, and it takes just one person to bring him back—his daughter. Laurel (Shanley Caswell) had previously been delayed getting from New York to New Orleans, but manages to make it in time before Pride takes that final step into the afterlife, and he declares “not yet” before returning to his family and friends. He has so much more to do, and I loved that his guardian (so to speak) from his time being suspended between life and death continued visiting him for episodes to come—the show didn’t completely abandon the storyline, and found a clever way to keep it going.

This is one of those episodes where the case proves to be the most prominent element, even over the main characters. When I watched Cold Case back in high school, I was more invested in the cases than the characters, which is unheard of for me. However, every so often I come across an episode concocted of such elements, where it’s complicated, fascinating or both, and the case takes over—this is that episode in NCIS: New Orleans. Well, one of them, thus far. 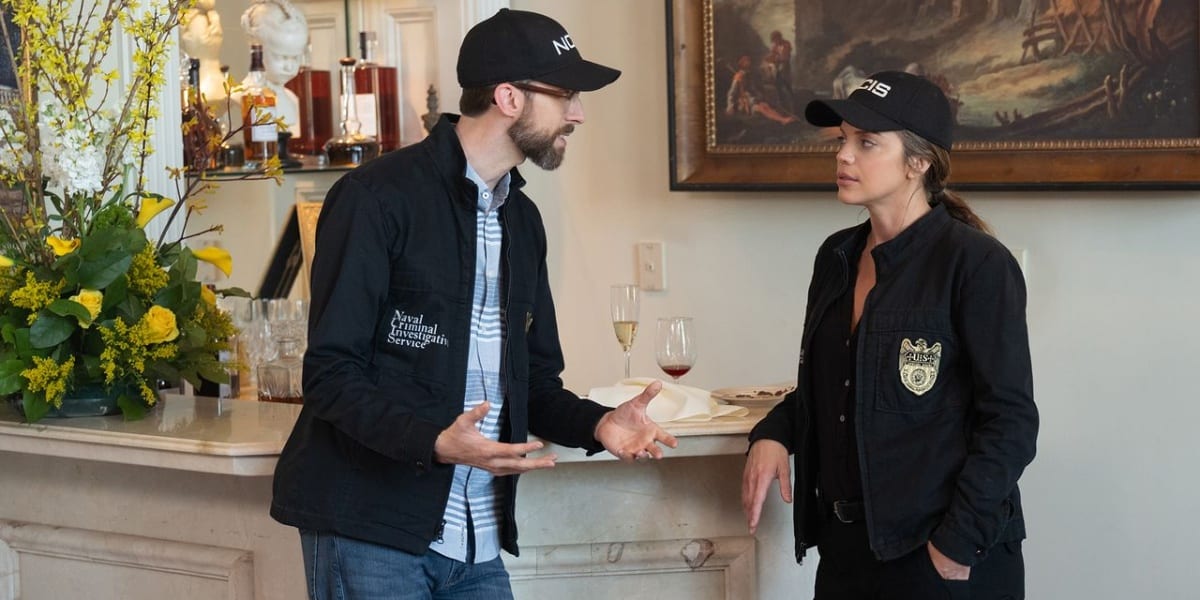 A fall down the stairs in the midst of a gala is how everything begins, but it’s far more sinister and complex than that. It’s about the dark secrets inside a family, and how they go to extreme lengths to ensure their skeletons in the closet remain hidden from the world. Without giving too much away, it’s worth watching.

Gregorio’s instincts serve her well in this episode, though the team fears her judgment is clouded by her past experience with her con artist ex-husband. The team is handed a case in which they must determine the perpetrator of a hit-and-run that was determined to be murder, and Tammy ignores evidence and trusts her gut. 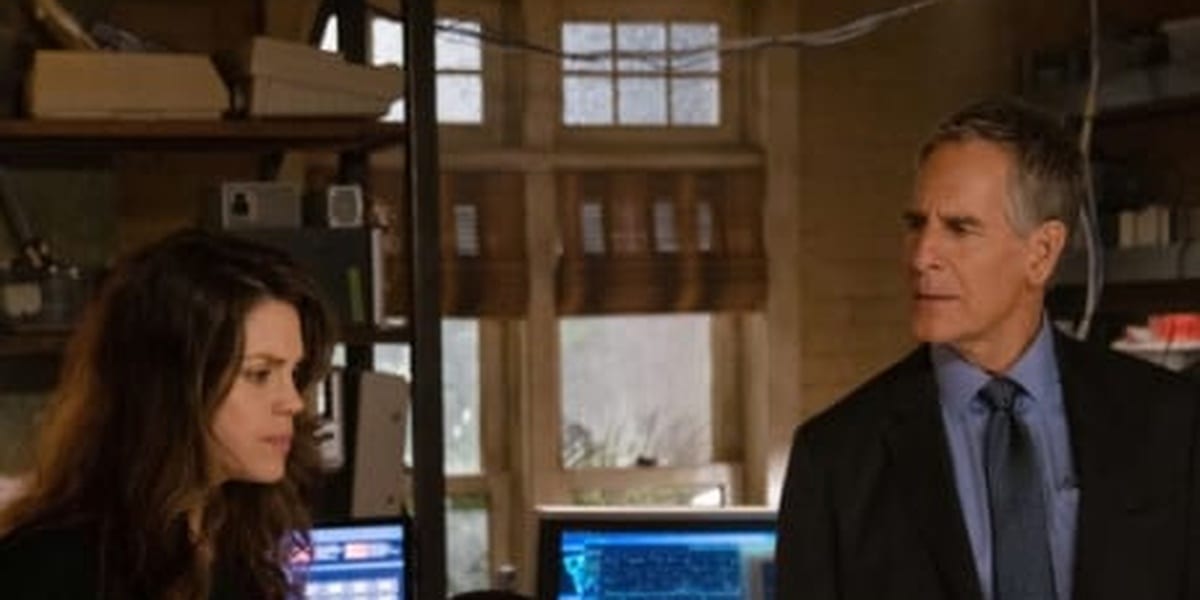 It goes to show how important trusting yourself is, even when those around you are doubtful. Perhaps Tammy’s judgment was clouded to some degree, but I admired her tenacity and her drive to get justice for the right people and to convict the wrongdoers—Tammy is understandably bitter about being tricked by her ex-husband, and refuses to be fooled again. She makes the case a personal mission, and it makes the episode more interesting by extension.

The team is still reeling from the loss of Chris, but bad guys don’t take a vacation, so they’re already dealing with their next case, and it’s a nasty one at that. What I found intriguing about the episode was the pressure Tammy was putting on herself to negotiate and talk down the villain, and the case itself. Natural gas explosions are occurring all over town, and if they don’t meet his demands, it will continue to happen, and only get worse. 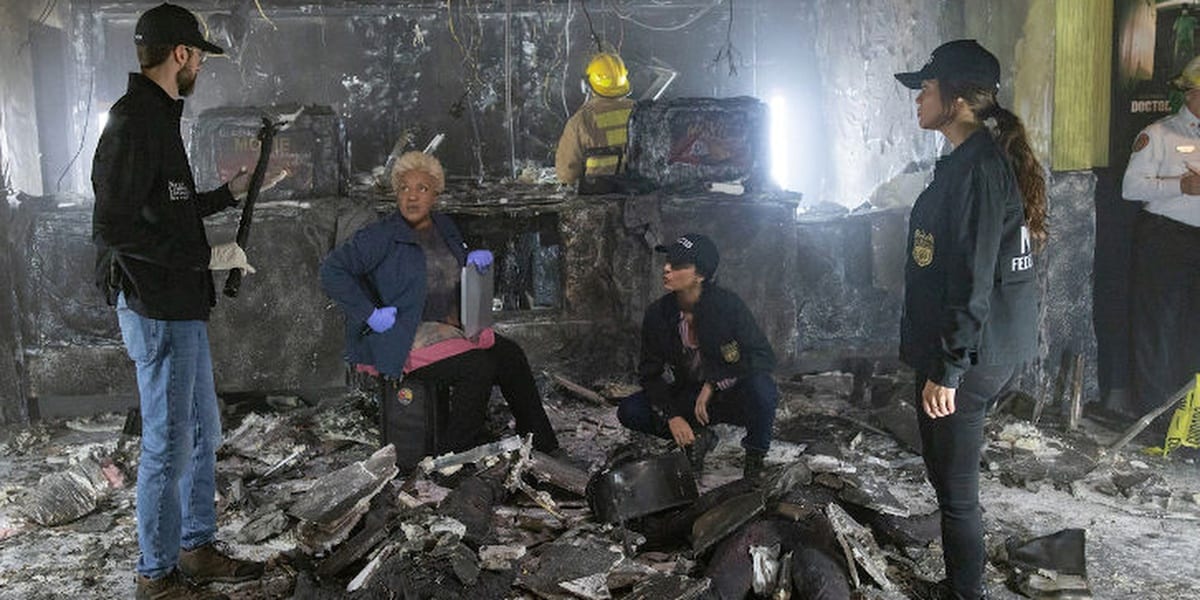 Each of the team puts themselves in danger, leading to some friction with Loretta (C.C.H. Pounder), who’s grieving and doesn’t want to see anyone else on the team die, which is evident when she treats Hannah (Necar Zadegan) and Sebastian after they had a close call. Pride and Loretta’s friendships is one of my favorite relationships on the show, and the episode features a touching moment between them. Between the case and the team struggling to move on in their own ways, “Boom-Boom-Boom-Boom” is noteworthy, and I look forward to Season 7.