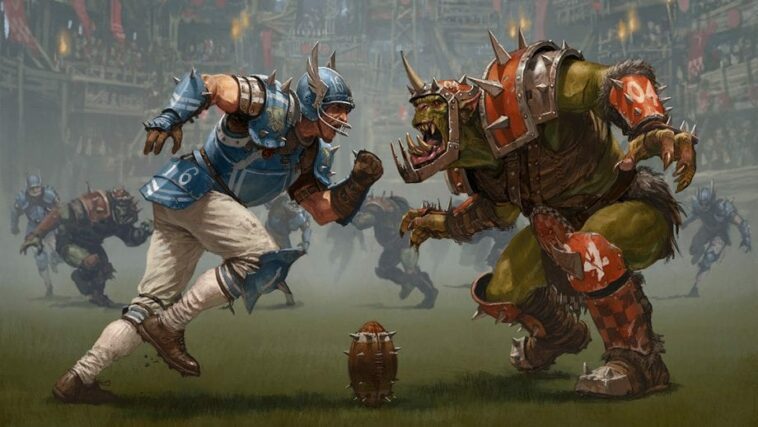 It’s time for another look into what our gaming writers are playing this week. Join Sean and Collin for this week’s edition of We’re Just Playing…

This week I’ve been scratching a Games Workshop itch that I occasionally fall victim to. Like so many 90s British kids (well, boys-who-were-crap-at-sport to be specific) I became utterly obsessed with the worlds of Warhammer and Warhammer 40,000 and it’s been something of a lingering curiosity ever since. There’s a reason why people within the table-top hobby refer to it as “plastic crack”. Despite the ludicrous cost and time commitment required, it just sucks you in and doesn’t let you go.

It’s a testament to the rich and detailed worldbuilding that Games Workshop were able to foster for their games. Initially they borrowed heavily from films and literature, with obvious influences from Tolkien, Frank Herbert’s Dune, 2000AD comics, and James Cameron’s Aliens to name a few. Quickly however, thanks to an imaginative and passionate team of in-house writers and artists, these settings became something entirely unique and distinctly ‘Warhammer’.

Though the original table-top games are still going strong, the Nottingham-based company have, in recent years, found huge success in licencing out their IP’s to video-game developers. Games like Dawn of War, Space Marine, and Total War: Warhammer successfully managed to bring their fantasy and sci-fi settings out of the hobby shops and into the mainstream. Thankfully, for an old fan like me, the countless games offer opportunities to dip my toe back in with little cost or time commitment.

Whereas the three games I mentioned only borrow their respective settings, many others are faithful recreations of the table-top games they are based on. These tend to be the ones I enjoy the most. I’ve always relished the strategic planning as well as the random element that dice provide—allowing for against-all-odds victories as well as failures. The game I’ve been playing this week is Blood Bowl II and it provides such moments in spades.

Blood Bowl II is a turn-based sports game set in the Warhammer universe that sees two teams of fantasy races battling it out on a pitch while attempting to score touchdowns. Taking huge inspiration from the aesthetic of American Football, the players are clad in armour and helmets reminiscent of the sport—albeit with the odd large spike attached. Pom-pom wielding cheerleaders cheer on from the side-lines and a baseball-capped goblin referee oversees the action (and will occasionally drop-kick an unsuspecting player if sufficiently bribed).

Blood Bowl has always had a healthy dose of satire and humour and this latest video-game adaptation does a great job of bringing it to life. Commentator’s Jim and Bob (A Vampire and an Ogre respectively) narrate the action as well as providing the behind-the-scenes story for the campaign mode. Here, the player must take control of the Reikland Reavers—a down on their luck Human team who are in dire need of a comeback.

As the new coach, you are given the means to hire a fresh team of Catchers, Throwers, Linemen, Blitzers and Ogres. Each have their own aptitude in a particular skill (apart from Linemen who are the jack-of-all-trades) and a decent balance between them all is recommended. Essentially, it all comes down to stats, and the stats determine the odds of any given outcome in the game.

Pretty much every player action requires a dice roll of some kind. Be it moving through an opponent’s tackle zone, catching, throwing, picking up the ball, or blocking. Rarely are the odds better than 67% in your favour for each of these actions, being determined by a six-sided die. More often than not, they’ll be a lot worse. Failed actions immediately end your turn and give your opponent an opportunity to capitalise on your misfortune. Blood Bowl is a game of risk and reward, as you try to balance safe plays and Hail Marys.

The punishing randomness of it all is what turns many people off the game but it’s what its fans love most. There’s nothing more exciting than finding yourself on the last turn of the game and seeing a one-in-a-million opportunity to score a game winning touchdown. Perhaps an opposing player tripped and fumbled the ball leaving it ripe for the taking. You move your Lineman onto the ball, and he successfully picks it up and runs as far as he can up the field. Meanwhile your Thrower dodges out of a tackle zone and moves next to the ball carrier. The ball is handed over, and the Thrower launches a long pass to a Catcher in the opposing half. It costs you your last Re-roll but it works! A Blitzer charges and KO’s an unfortunate defender, clearing the path for the Catcher. He moves as far as he can but his movement stops two squares shy of the endzone. To score a touchdown he’ll need to Go-For-It twice. This means two rolls of a six-sided-dice and needing anything but a one on each. The first step succeeds. You hold your breath for the last roll, and then you watch as he inevitably trips, falls, breaks his neck and dies.

That’s Blood Bowl for you.

This week I’ve been plowing through Minoria, the latest title from Bomb Service, the developer you previously brought the world the subtly wonderful and clunkily titled Momodora: Reverie Under the Moonlight. Minoria is technically not a part of the former series (of which Reverie Under the Moonlight was the fourth entry), but it shares a lot of similarities. For one, all of the major characters are females. I think there might be one male character, but the rest of the cast is comprised of women. The setting is very much a “fantasy world gone wrong” thing, with a lot of implied history to the game’s environments. It’s also quite reliant on knowing how long an animation will be and mastering timing in order to overcome the game’s many combat challenges. 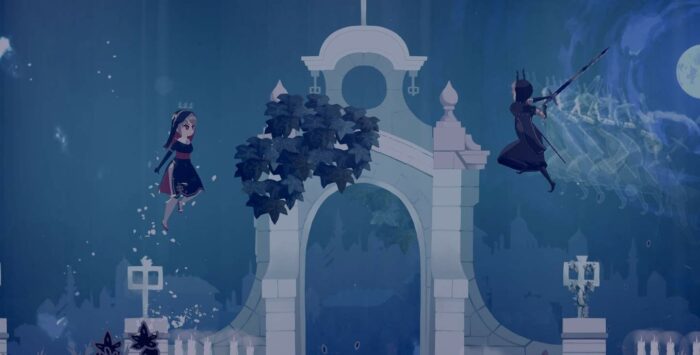 Unlike RutM, Minoria plays more similarly to something like Symphony of the Night. Whereas the former had a very specific set of skills for the player to master, and only a few upgrades sprinkled throughout the game world, Minoria instead uses a level up/EXP system, which does go a long way to making backtracking feel relevant since you gain EXP from every enemy and they respawn every time you enter a room. Unlike the classic SotN, combat is extremely fast paced, with it relying on a counter move in order to inflict massive damage. There are a few very specific enemy types who all use different timing when attacking you, and countering is as simple as pressing a button, and it cancels whatever move you’re in the middle of. It gives combat a really nice, fast paced edge, and also makes you feel like a badass when you do perform a perfect counter.

I will say that the combat can be repetitive. Outside of a few new weapons, which change your moves ever so slightly, and a double jump you find about halfway through, there isn’t a whole lot of variation to the combat and traversal, which is kind of disappointing. Moving and fighting is still fun, but it’s the same problem Reverie Under the Moonlight had; despite each game’s short length, it’s definitely run its course by the end (as of the time of this writing, I’m very close to having beaten Minoria after playing it for about five hours). It’s something I’d love to see Bomb Service attempt in the future since movement upgrades are such a vital part of great Metroidvanias. Don’t get me wrong, I still highly recommend both games, but just know that it’s more about taking in the atmosphere and cool story than a real sense of your character growing stronger.

And the story, while fairly simple, is pretty fun. The game takes place in a fantasy kingdom where the Church hunts down witches, and you play as a nun who carries at the whims of a princess, who wants to see every witch burn. It’s nothing mind blowing, but the game has a fun cast of characters and fantastic visuals (although I do prefer the stupidly beautiful pixels of the developer’s previous entry) that go a long way towards making the world feel whole and lived in. As you go around hunting witches, the characters start to question just how righteous a quest they’re really on. It’s well done, and enhanced by the brilliant, gothic atmosphere the game oozes. And, as was the case with the previous game, the soundtrack is beautiful.

I’m very much enjoying my time with Minoria. At a 20 dollar price point, it might seem a bit steep when it comes to how much game you get (as I said, I’ve played for around 5 hours and have almost beaten it). For me, it’s a case of quality over quantity. Bomb Service has an uncanny knack for creating rich atmosphere with minimal dialogue, simple but pleasant visuals, and a lovely soundtrack. While I would like them to branch out a bit more when it comes to character development, Minoria is still a lot of fun, and worth looking into for fans of Metroidvanias.