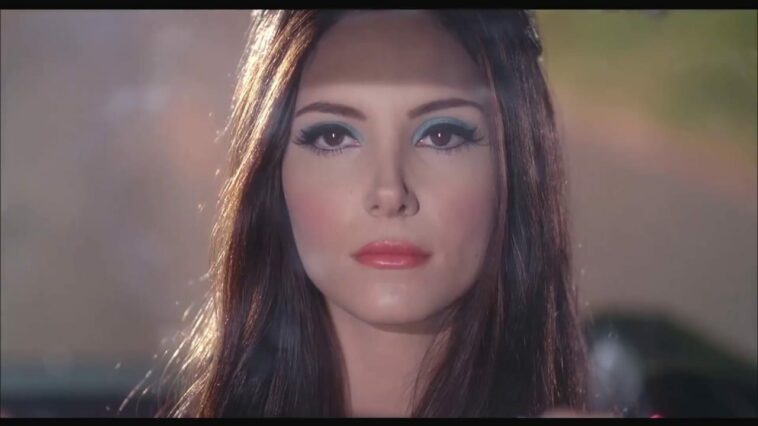 Welcome to What’s the Buzz, 25YL’s feature where members of our staff provide you with recommendations on a weekly basis. In our internet age, there is so much out there to think about watching, reading, listening to, etc., that it can be hard to separate the wheat from the chaff, filter out the noise, or find those diamonds in the rough. But have no fear! We’re here to help you do that thing I just described with three different metaphors. Each week a rotating cast of writers will offer their recommendations based on things they have discovered. They won’t always be new to the world, but they’ll be new to us, or we hope new to you. This week, Rachel Stewart recommends Taylor Swift: Miss Americana and Nick Luciano is watching The Love Witch.

Miss Americana: Taylor Swift’s Portrait of the Artist as a Young Woman

Rachel: Let me start off my saying I’m not a Taylor Swift fan in the traditional sense. I’ve been aware of her, for sure—her multiple accolades for songwriting have not gone unnoticed, even if I didn’t start paying attention until her 1989 album. And then there’s the drama with Kanye West, which has played out live on MTV and Twitter. More generally, I’ve been put off by the drama and victim narrative that has seemed to surround her (for better or worse).

But Swift dropped 1989 in 2014 and I couldn’t stay away. I played that damn album so much it’s become a part of my memories, an unofficial soundtrack for who I was then and all the things I was going through or who I was hanging out with. I felt like reputation built on the pop leanings she had cultivated on 1989 but it didn’t capture my attention the same way—and the return to drama put me off, although I could see that it was truly a part of an artistic metamorphosis for Swift.

Understanding who you are and how your personal values can shift over time is a messy process for the average private person. How do you accomplish that as an artist living your life in the limelight? The Netflix Miss Americana documentary serves as a sound board for Swift to speak earnestly about where she was coming from as a young country singer/songwriter turned powerful and political pop star.

I think the thing about this documentary is how personal it felt and how much I could relate from where Swift was coming from. While I love stars like Madonna and Lady Gaga for being so unapologetic and open-minded, my own understanding of myself and the world very much mirrors Swift’s. It’s a slow evolution and sometimes those are harder to measure at first glance. The documentary does its best to not just hit the highlights but show smaller personal moments and confessions. Swift briefly discusses her past struggles with an eating disorder, and how her priorities changed when her mother battled cancer.

The documentary ends with Swift’s album launch for Lover. It shows her in full control of her personal and creative decisions. Watching it retroactively since she released folklore this summer is even more fascinating to me, because it’s framed to show this as the highest she could go. And then there’s folklore which I have said is the pinnacle of her entire catalogue, her Ray of Light, hell, her Hounds of Love even. That’s not to say she is Madonna or Kate Bush—she’s not, and I also hate when people compare women musicians. But if we’re talking in terms of her discography, “folklore” is that level of album. It’s exquisitely poetic, honest, and painful, and Miss Americana shows exactly how she got there—and that the journey was worth it.

Nick: Last week, I had the pleasure of live-tweeting six films from the Italian horror subgenre called giallo for 25YL sister-site Horror Obsessive. I enjoyed all of the films that I covered, some of which I’d never seen before, but the star of the show was actually the oddball of the bunch, Anna Biller’s 2016 film The Love Witch.

Giallo films (plural gialli) take their name from the color of Italian pulp novels, whose covers were frequently the color yellow (giallo is Italian for yellow). The film subgenre was popular in the 1960s and ’70s, and usually portrayed stylized murder mysteries committed by a black-gloved perpetrators. There’s no shortage of essays about gialli on the 25YL family of sites, so if you’d like to learn more about them, definitely take a look.

While The Love Witch is not really a giallo, it is a delicious homage to the subgenre, along with some Hitchcock, Herschell Gordon Lewis, and countless other thrillers and horror movies from the time. The movie is the story of a woman named Elaine (Samantha Robinson) who is moving following the death of her husband (probably by poison, probably by Elaine). Once she arrives, she befriends a woman named Trish, to whom she tells that she credits becoming a witch with helping her get through her husband’s death. Unfortunately, becoming a witch has also indoctrinated Elaine with several regressive views on gender roles that masquerade as empowerment. She decides to brew a love potion that might be just a bit too powerful, and gives it to a few men that she meets—including Trish’s husband—with disastrous results.

There are many standout elements, including the writing, performances, and feminist commentary, but I’m going to mostly focus on the design of the film. Elaine’s apartment is wonderfully outrageous: there are surreal tarot card-esque occult paintings covering almost every square inch of the walls and a giant pentagram carpet on the floor. One of the paintings is a nude woman standing next to a tiger and it’s not even the most outrageous painting displayed. The entirely bubblegum pink cafe where Elaine and Trish frequently meet, the burlesque bar bathed in a soft red light, and the room where the witch coven perform their rituals also stand out for their exceptional visual flair.

As you might imagine, The Love Witch was a delightful movie to live-tweet—it is incredibly over-the-top, intentionally camp, and smartly witty in its satire. As I quipped on Twitter, I think the film is better than Robert Rodriguez and Quentin Tarantino’s respective Grindhouse films, which were similarly pastiches of 1960s and ’70s genre B-movies: it simply captures the feel, look, acting, and dialogue of films from that era much better than those two more well-known movies. There are so many WTF moments that it is an ideal movie for a virtual watch party or socially-distanced movie night (for adults: The Love Witch is definitely not for children).