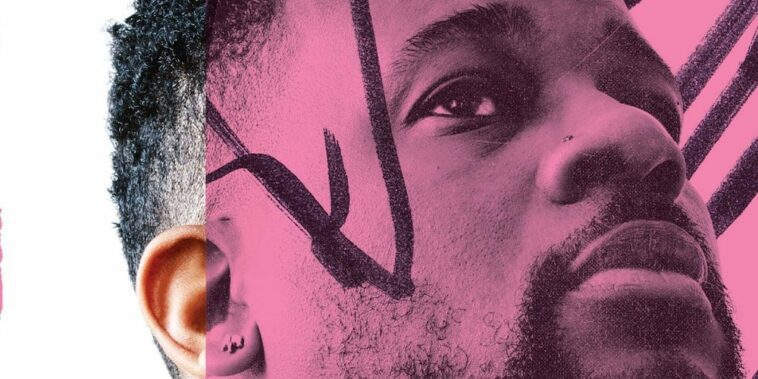 I must confess that I have little previous experience of the work of ‘alt-rapper’ and comedian Open Mike Eagle, however, with his fifth studio album Anime, Trauma and Divorce racing to join of the pack of the very best rap albums of 2020, the fault is clearly all mine, and I look forward to hearing more of his catalogue. He scratches a lot of the same itches as an Aesop Rock or even a Hobo Johnson, although with more accessible lyricism and tasteful production. That’s just a neutral observation though, not a shot at either of those other artists though, The Impossible Kid and The Fall of Hobo Johnson are two of my favourite hip-hop albums.

Eagle’s album’s title sets out its themes and imagery succinctly, as a comedic and self-deprecating exploration of the very rocky year for Mike (and for most of us). There’s a tonne of poignancy and humour in his incredibly relatable middle-aged perspective, which as a twenty-four-year-old doesn’t make me feel great. It’s a refined twelve songs and thirty-five minutes long, which is about what I usually consider an ideal length for an album: long enough to feel substantive and satisfying, but leaving little room for error or flabbiness. The first single and opening track “Death Parade”, catalogues the self-perpetuating cycle of poor behaviour and trauma that led to his current situation, with a soulful and tender chorus and a soft, jazzy instrumental.

“Sweatpants Spiderman” is the first real highlight of the record though, with a free form associative lyrical concept as Mike fills his days and details his growing ailments and regrets with a tight flow on the bridge and another catchy chorus. The second single “Bucciarati” is even better, with fabulous vocals from Kari Faux on the track’s intimate chorus, where she sings her request to help zip up her dress, and a loose but propulsive and groovy beat by Caleb Stone with comforting, wavy bass and seductive horns.

The album’s anime imagery adds colour and personality, particularly to those familiar with shows like Jojo’s Bizarre Adventure and Neon Genesis Evangelion, and anyone who has seen Black Mirror will understand how a particularly bleak episode could seem to have ruined his marriage: “sh*t should’ve came with a content warning, watched that shit and didn’t talk till morning”. However, his detours into nerd culture never feel indulgent or particularly excluding. I imagine his desire to emulate and have a more relatable icon whilst retreating into pop culture fantasy on “I’m a Joestar (Black Power Fantasy)” is going to be easily relatable to most.

Certainly “Everything Ends Last Year” should touch a nerve for all of us, with the simple one-line chorus: “it’s October and I’m tired”, explaining on the verses the hectic daily cycle of work and preparation that was ground to an immediate halt. The funny and keenly observed “Wtf is Self Care” is another comedic highlight that leads perfectly into the narrative of the quirky “I’m a Joestar (Black Power Fantasy)” where he rewrites Jojo’s Bizarre Adventure in his own image.

Open Mike Eagle is often backed up throughout the album by Little A$e, a.k.a. his own son, whose vocals add an endearing flavour to tracks like “Sweatpants Spiderman” and “Asa’s Bop” where he delivers a chorus over fuzzy synth strings. Little A$e finally takes centre stage on the closing track “Fifteen Twenty Feet Ocean Nah”, where he duets with his father about their shared anxieties on a disastrous snorkelling expedition: “maybe I’m not a snorkel sorta guy, I didn’t see no fish, I saw my life before my eyes”.

It’s a hilarious, goofy and extremely endearing track, and would honestly be a contender for my favourite on the whole album were it not for the fact that it was mixed to be so much quieter than every other track here. It was a live recording, adding to the fun and spontaneous atmosphere but nonetheless, I don’t get why I had to turn the volume up half a dozen notches myself in order to hear it.

The only track on the album I’m not totally a fan of is, unfortunately, “Headass (Idiot Shinji)”, the only track produced by Black Milk, best known to me for his phenomenal beat for Danny Brown’s fantastic posse cut “Really Doe”. Black Milk’s production is superb here too, and there’s still some creative and funny punchlines on this track, it’s just that Headass is such a ridiculous word and Mike says it a lot on this track as he cuts himself down to size for his more neurotic and pig-headed behaviour.

A few very minor complaints aside (well, sort of minor, that mixing is rather a big technical fault) Anime, Trauma and Divorce is as well observed, funny and endearing as any other album of 2020. Buoyed by some phenomenal and cosy production and Open Mike Eagle’s charming and reassuring personality, it’s a grounded, relatable and good-humoured meditation on the titular themes and life events. As far as answering what self-care is, giving this uplifting and charming record a few spins would be a good place to start.