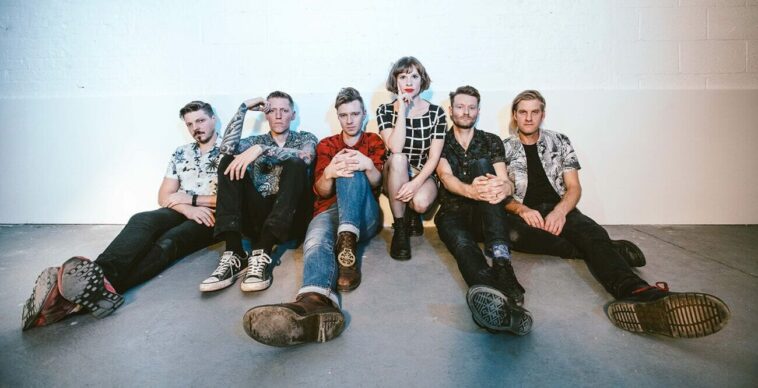 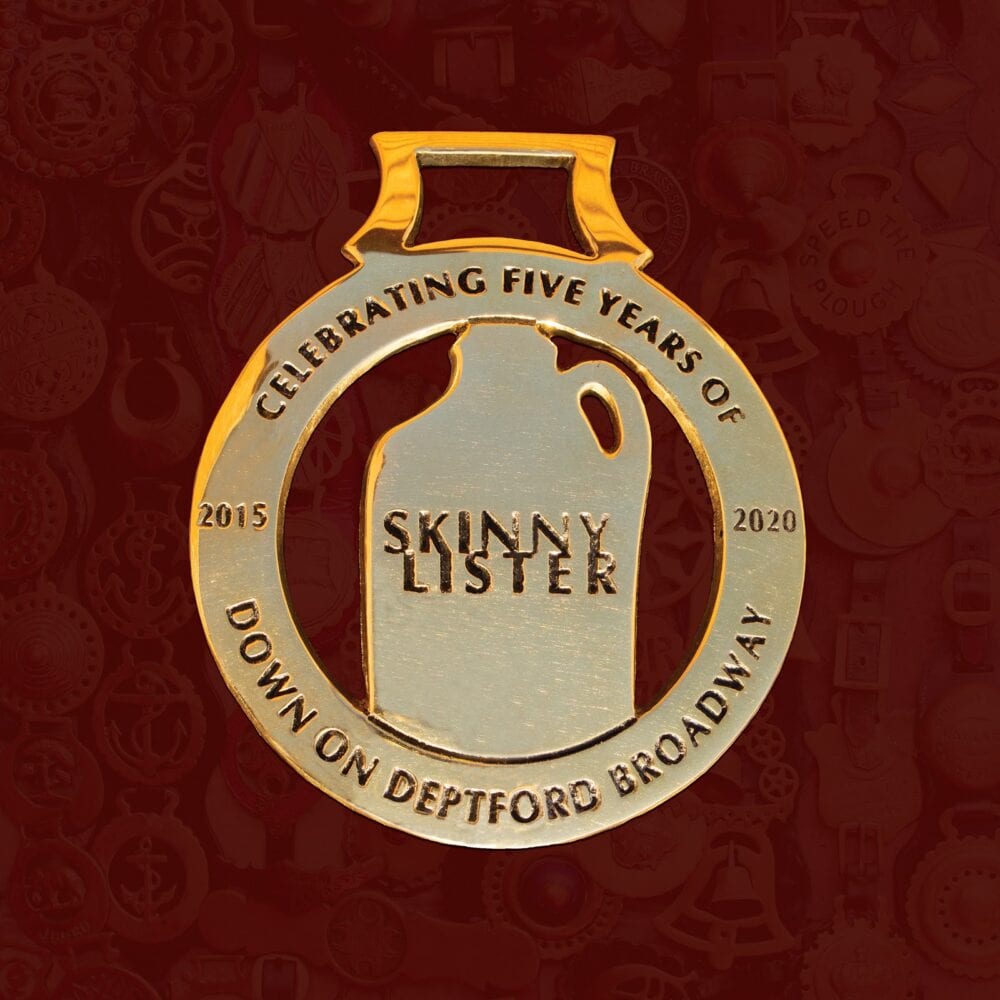 In April 2015, I saw Skinny Lister live at the Voodoo Rooms in Edinburgh. It was a wild, rip-roaring, swash-buckling gig with a flagon of alcoholic beverage passed around the crowd. That tour was to promote Skinny Lister’s second album Down On Deptford Broadway, and I am delighted to say that its 5th Anniversary is being celebrated with a re-issue of this their breakthrough album, which contains unheard material and revitalised artwork.

Opening track “Raise a Wreck” gets things off to a rousing start, a sea shanty-style swaying singalong—you just want to throw your arms around your mates and clink those pints. With a relatively calm pace to start the album, you just know that is not going to last!  Straight into one of their most loved tracks “Trouble on Oxford Street”. This song takes things up a notch. Drink infused shenanigans, the lyrics are perfect  “Please excuse the bruises, drink got me into this, I didn’t know where I was…”, surely most of us can relate to that.

“George’s Glass” has Daniel Heptinstall and Lorna Thomas taking us into Shane MacGowan and Kirsty MacColl territory, sharing the vocals. By now you realise this is a booze-infused album full of camaraderie and revelry. Lorna also sings lead vocal on “What Can I Say” a lilting folky ballad.  “Cathy” is a love song but Skinny Lister style, foot-stomping and joyous. You want to join in and sing at the top of your lungs. Most of the tracks are around 3 minutes long, apart from “Six Whistles” another crowd favourite and at almost four and a half minutes the longest track on the album. This song and “This Is War” are arguably the most Pogue-esque tracks on the album. They have that swagger.  “This is War” is Skinny Listers “Sally MacLennane”—wild, stomping jigs, with “Yeehahs” and looking to raise the roof.

“Bonny Away” and final track “The Dreich” are more sombre, calmer affairs with tinges of folk and more thoughtful, introspective lyrics. You can sense the Dexy’s influence in “Ten Thousand Voices” with its chorus of Too Lai Ay, and again its rousing sense of community.

“Bold as Brass” is I think my favourite track on the album. It just evokes imagery so strong and yet at the same time it’s fast and furious and so you can’t help but be drawn in by the stomping beat. Irene has gone and got another lover and parades him in the pub. “The Grown men sit and tell their tale and cry into their teary beer”. I can picture the scene.

Maxwell Thomas, Sam Brace, Thom Mills and Scott Milsom make up the rest of the band, and together the six-piece sound like they are having a blast. Talking about the re-issue, Dan and Lorna say: “It’s a joy to see it get a 5-year anniversary special edition re-press and to celebrate the album and all the great times and adventures associated with those 12 tracks.”

Folk/punk is the best way to describe Skinny Lister—not a genre packed with contenders at the moment but definitely for lovers of The Pogues, and the Dropkick Murphys who they supported on their US tour in 2014.

So put the pandemic aside and let Skinny Lister take you back to a time of barnstorming dancing, rabble-rousing singing, sharing flagons, having your arms around your mates, and getting into trouble on Oxford Street. I’ll drink to that!

Down On Deptford Broadway is out now on Xtra Mile Recordings

I love funky punky music you can dance to, and that's the type of music that inspires my writing. Currently an admin for the Fontaines D.C. Facebook fangroup "What's Really Going On?" which now has almost 4000 members. Living in Edinburgh, UK I am also a member of Pentland Triathletes and have completed two Half Ironmans. Good to meet you!