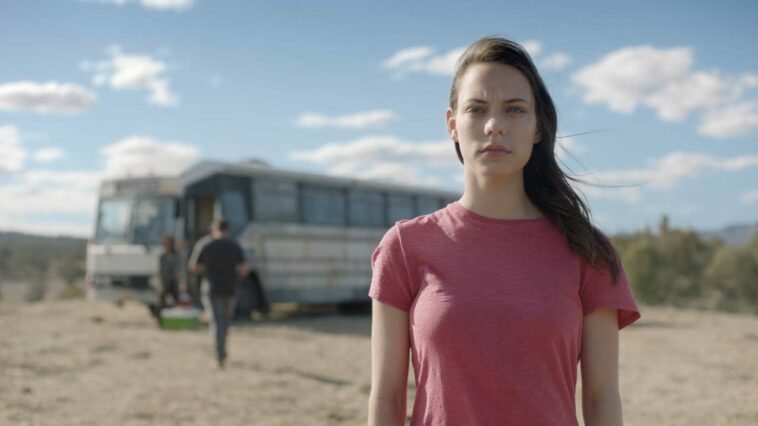 It’s taken a long time for me to arrive at the conclusion of what type of horror I find enjoyment in. I grew up in a house where slasher films were on par with Disney (and I think I did pretty well given that.) My dad would play Halloween, A Nightmare On Elm Street, and The Living Dead Movies (Dawn, Day, and Night). He does a lot of monster FX makeup for hayrides which meant that I was used to seeing the gruesome, and gore. His stuff was actually turned down by Six Flags Fright Fest because it was too gory. There were many times when I played guinea pig to try out new prosthetics. Horror held a huge role in my childhood that strangely gave me a lot of my happiest early memories.

Yet, as with most, my tastes began to change as I got older. Sure I still enjoy the occasional slasher and run of the mill zombie movie, but I felt myself being drawn to horror that is more grounded. Horror that focuses on its characters and develops them instead of focusing strictly on a body count. It’s one of the main reasons why I really enjoy the works of Mike Flanagan and Guillermo del Toro. It’s also a big reason why I became enthralled with Blake Fraser’s 2018 Australian web series Patricia Moore.

Patricia Moore is about a family that has been traveling around the Australian outback, hiding from a cult they escaped from. There’s a catch. Patricia Moore (Marlo Kelly) along with her mother Marnie (Danielle Cormack), and uncle Richard (Lis Hill) were forced to become cannibals as part of being in this cult. Even though they had escaped to save Patricia’s younger brother, Charlie (Jack Ruwald), from a similar fate, their bodies had become so accustomed to a cannibalistic diet that if they attempted to return to normal foods, the results would be disastrous.

Most films dealing with cannibalism are usually over the top gruesome and are all about escaping the end fate of being eaten. For the most part, the cannibals are portrayed as deformed, inbred, and uneducated backwater beings. This allows us to distance ourselves from them and sympathize more with the helpless souls that find themselves trying to escape.

By telling Patricia Moore through Patricia’s eyes we are allowed to see the struggle that the Moore family must face. This allows the audience to form a sympathetic view of why they do what they do.

Being a teenager is already horrible and awkward, to begin with. You are living in this body that is in the middle of changing, you’re navigating how you fit into your circle of friends, and you are trying to figure out what you are going to be doing for the rest of your life. Patricia has the added factor that she’s been ripped from a world that considered her “normal”. Within the cult, she knew her place. She didn’t have to hide the fact that her diet consisted of people because everyone else in her community was doing the same. 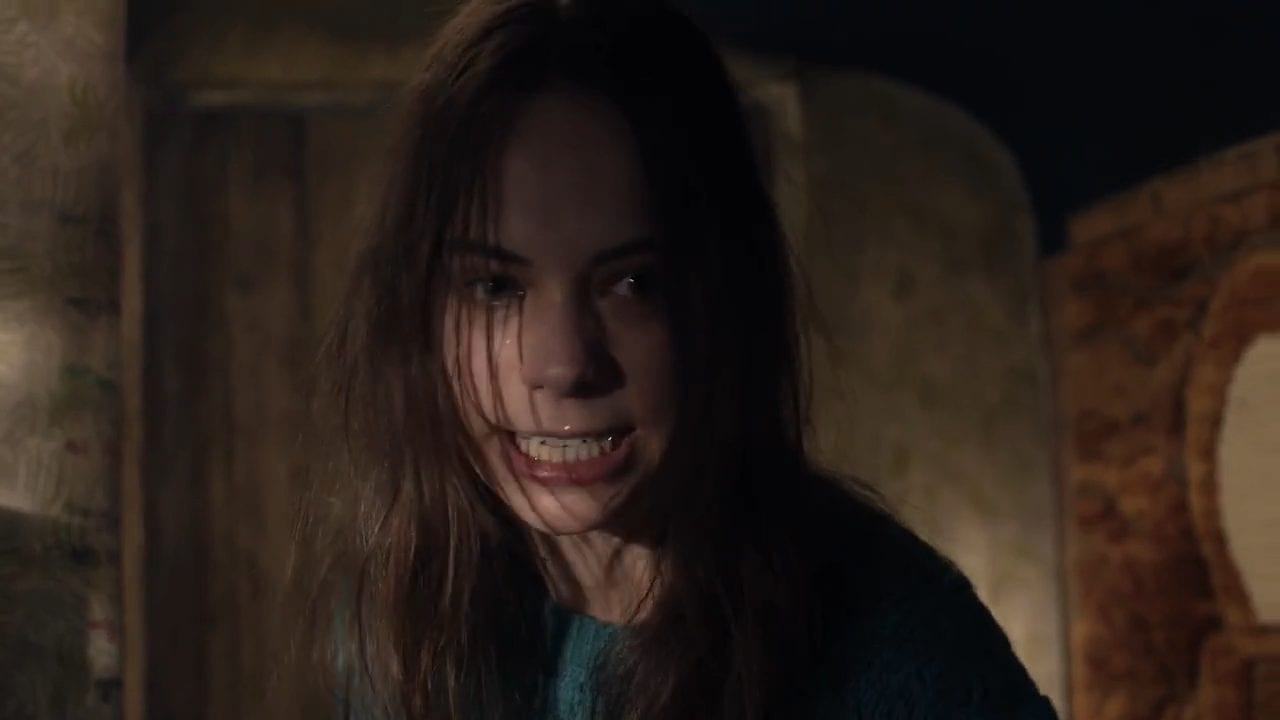 Unlike The Texas Chainsaw Massacre and The Hills Have Eyes, where it seems that the family of cannibals hunt for both food and sport, the Moore family restricts their killing to a very specific code. “Don’t let them close. Don’t tell them your name. Don’t let them know anything.” They only hunt “the ones who deserve it.” and they determine this by sending Patricia out to lure skeezy men home.

It’s a life of simplicity and one that really mirrors a lot of how animals live in the wild, but it can become problematic, especially for a teenager like Patricia. When her family’s bus breaks down and they are forced to reenter society, Patricia finds herself flung into a world that she has no idea how to navigate. The strong emotions that a teenager feels about fitting in begin to manifest in overdrive. She’s drawn to one boy, Toby (Joe Klocek), who in any other situation would be perfect for her. He is an outcast among his own, but cannibalism is still cannibalism, and “it is frowned upon in most societies” especially the one Toby lives in.

She can’t tell him who she or her family is. Instead, she internalizes her disgust. Surprisingly, I can relate very much to this aspect of Patricia. Having grown up in a small town, with some family being extremely religious, I found myself having crushes on women. I lived in denial of my emotions for years because I was afraid of being bullied for it. I even dated guys because I wanted myself to believe that “it was just a phase that I could get over.” Yet, like Patricia’s cannibalistic nature, my gayness was something that was a part of me. Just as I forced myself to “like” men, she starves herself thinking that she could control her hunger for human flesh making her more normal. It doesn’t work, which is surprising to no one. Hiding a piece of yourself can cause so much backlash. You throw yourself into a bubble of emotions and it begins to affect how others are around you. 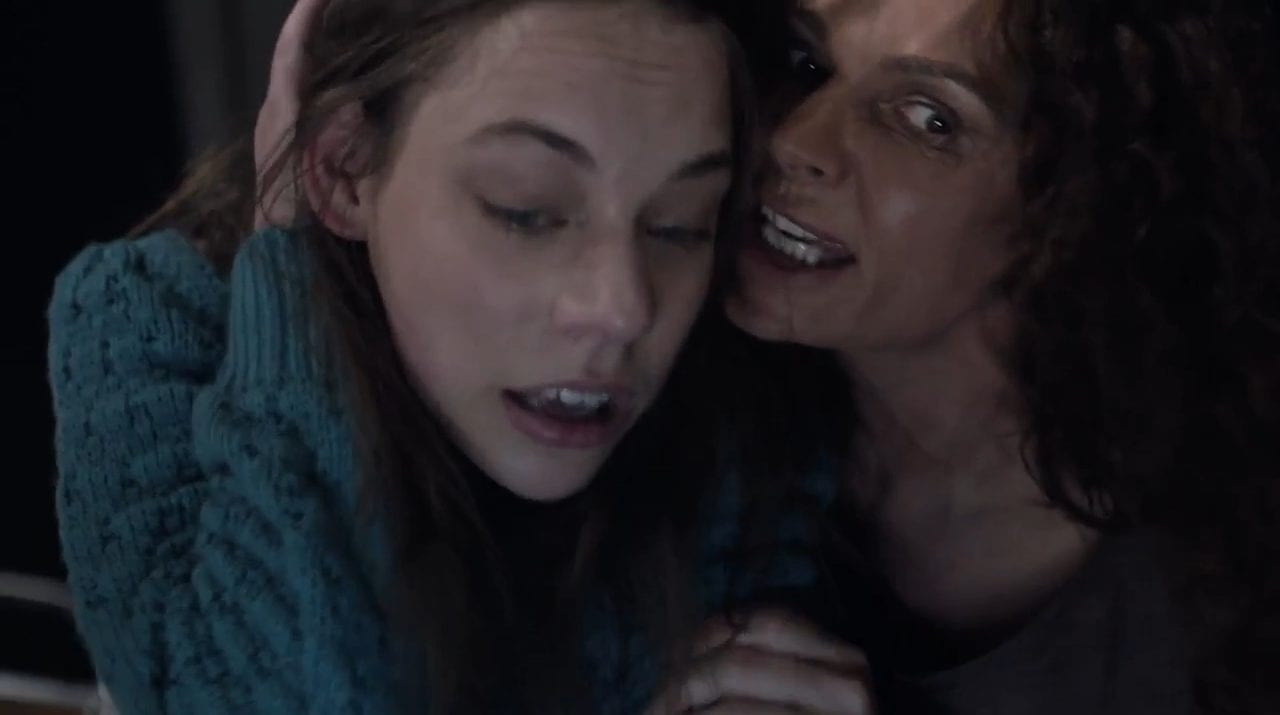 Marnie, Patricia’s mother, is the quintessential “Momma Bear”. Her main goal is to keep everyone around her safe, and in doing so she makes sacrifices. Her relationship with her daughter becomes fractured because of what she’s kept from her for years. When they first left the cult, Patricia is lead to believe that they left because it was her mother’s choice. Yet, being back in a normal society, and continuously having to look over their shoulders begins to make Patricia aware that there are some things her mother hasn’t told her.

The relationship between Marnie and Patricia is what makes Patricia Moore stand out to me. With it, we see Marnie struggle to find her own balance of the wanting for her family to be happy, and the need to make sure they can continue to be safe.

Marnie makes multiple attempts to assure Patricia that she’s there for her, including an adorable mother/daughter bonding trip to the local store for more ice and air freshener (decomposing bodies tend to cause the need for these items to increase). Yet, like most teenagers who want to keep from letting their parents down, Patricia refuses to say anything and instead continues to handle her own problems in secret. Marnie, knowing that something is clearly going on with her daughter (because mothers know those types of things) then attempts to use fear by forcing Patricia to look at what her actions can cause. She “reminds” Patricia by opening the broken freezer which is now housing a kidnapped local boy that Patricia helped procure. When even that doesn’t work, Marnie decides to sit Patricia down and finally explain why it is important that Patricia be careful and protect her kin.

It is then that Marnie explains the real reason why they are constantly moving around. They didn’t leave on agreeable terms with the cult, instead, they ran and have been running to make sure the youngest, Charlie, would not be forced into the lifestyle that made Marnie, Patricia, and Richard forever outcasts. The years had given Marnie a need to protect the last innocent person of her blood, and if that meant hiding and moving around, and being outcasts for the remainder of their lives then the reward would be worth it.

Richard, Marnie’s brother, feels very different about this though. He’s spent years protecting his sister and her children while also playing judge on those they hunt for food. Unlike his sister, he feels as though staying in hiding is actually slowing them down. There is no question that he could fend for himself, and he feels held back most of the time. So he finds himself thinking he is the leader of their little pack in order to feel more adequate. His power goes to his head and it affects how he deals with everyone, but especially Patricia.

Richard is the one who forces Patricia to change the original plan of hunting at a biker bar to taking one of the teenagers that attack her and Toby. He then gloats about severing the kid’s spine so he wouldn’t run away. Where Marnie and Patricia fully recognize that this teen is someone’s child, Richard fully believes that the boy is just a food source. Also, when Patricia runs away to attend a dance with Toby instead of reverting back to her isolated self from the beginning, Richard decides to kidnap and use Toby as a punishment to Patricia. His plan is to keep him alive enough to make her suffer.

He shows no remorse over framing their trailer park neighbor, Lorry (Shaun Martindale), for the disappearances of the locals they had taken during their time spent in hiding. When the chance to finally separate himself from Marnie and the children arises, he doesn’t skip a beat and leaves them high and dry. 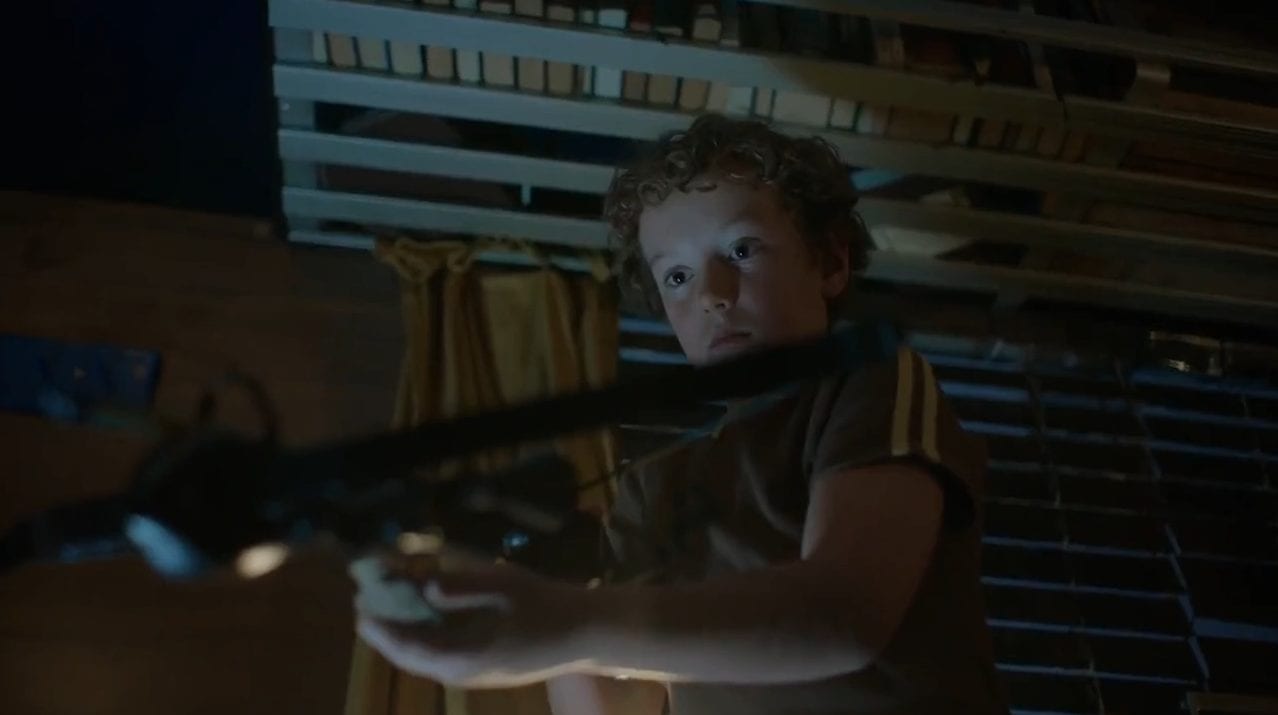 Then there is Patricia’s little brother, Charlie. He’s more like the family pet than an equal. He’s kept separate during meals because they have been trying to keep him from even the temptation of eating meat. He’s never allowed to be around when discussing their next kill, and at one point he is even chained up to prevent him from running amok.

He fully knows that he’s an “outcast” among his own family, but continues to try and wiggle his way into the know. He is constantly telling his sister that “I want to be like you!” He’s drawn to the tools that his uncle uses to kill. Keeping someone naive never works. They will become as self-destructive in their quest to fit in especially if it’s for their family. Marnie’s “need” was to keep Charlie away from meat, but Charlie’s need to fit in with the rest of his family was found by disobeying and cutting off a small sliver of the human carcass to try. “See, I am like you.”

Having each family member constantly battle against their wants and needs allows for the characters of Patricia Moore to become some of the most relatable people. Having that relatability makes them sympathetic and almost allows you to forget that the show is about cannibals. Just almost though. If ever you do forget you are quickly reminded by the rotting corpse or the tortured teenage boy.

I am constantly being drawn to stories that deal with dysfunctional families no matter what genre they fall under. It was just really interesting that it took a little web series from Australia for me to decide that I really enjoy these elements in my horror as well.