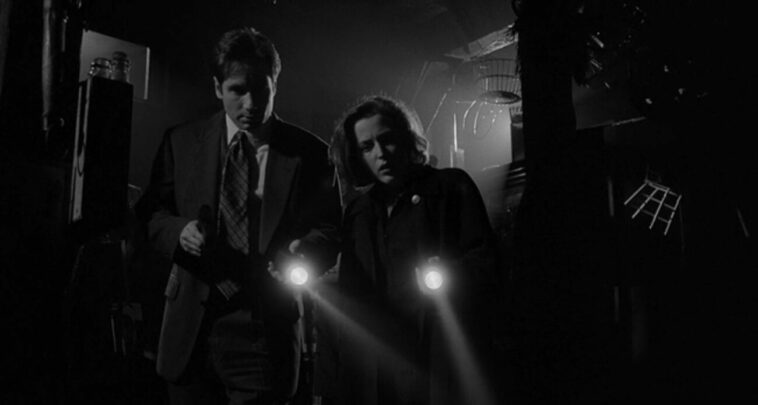 “The Post-Modern Prometheus” really started kicking the X-Files monster of the week episodes into a higher gear. Part of the success of The X-Files in the early years was its relatively experimental episodic format that bounced back and forth from standalone stories to a larger seasons-long arc that delved into the show’s extra-terrestrial mythos. The monster-of-the-week episodes were usually pretty good, but it was the main plot that kept people invested and it helped that audiences didn’t have to catch every single broadcast. When pulled apart from the main plot, X-Files was a kind of anthology show for Coast to Coast listeners. By the sixth and seventh seasons the independent stories became the stronger parts of the show altogether, as the core mythology gets lost somewhere in super-soldier territory.

“The Post-Modern Prometheus,” on the other hand, is a mid-series peak that offers more than just a weekly monster, it’s a transcending homage to origins of sci-fi and horror. The episode was filmed in black and white, referencing the 1931 film Frankenstein. Agents Mulder & Scully investigate a mysterious pregnancy in a small midwest town. Shaina Berkowitz heard about Mulder’s paranormal interests from The Jerry Springer show and claims to be impregnated by an intruder, an event that also occurred seventeen years earlier and resulted in the birth of her son, Izzy, who also depicts the monster in a comic book called “The Great Mutato.” They dig deeper and find out that The Great Mutato is local with an unusual deformity as a result of scientific experiments by a geneticist named Dr. Pollidori, who has been conducting experiments on the entire town for years. Mutato is harmless and admits complicity in Pollidori’s experiments as they were attempting to make him a mate, though he merely broke into people’s homes to eat their peanut butter and listen to Cher. 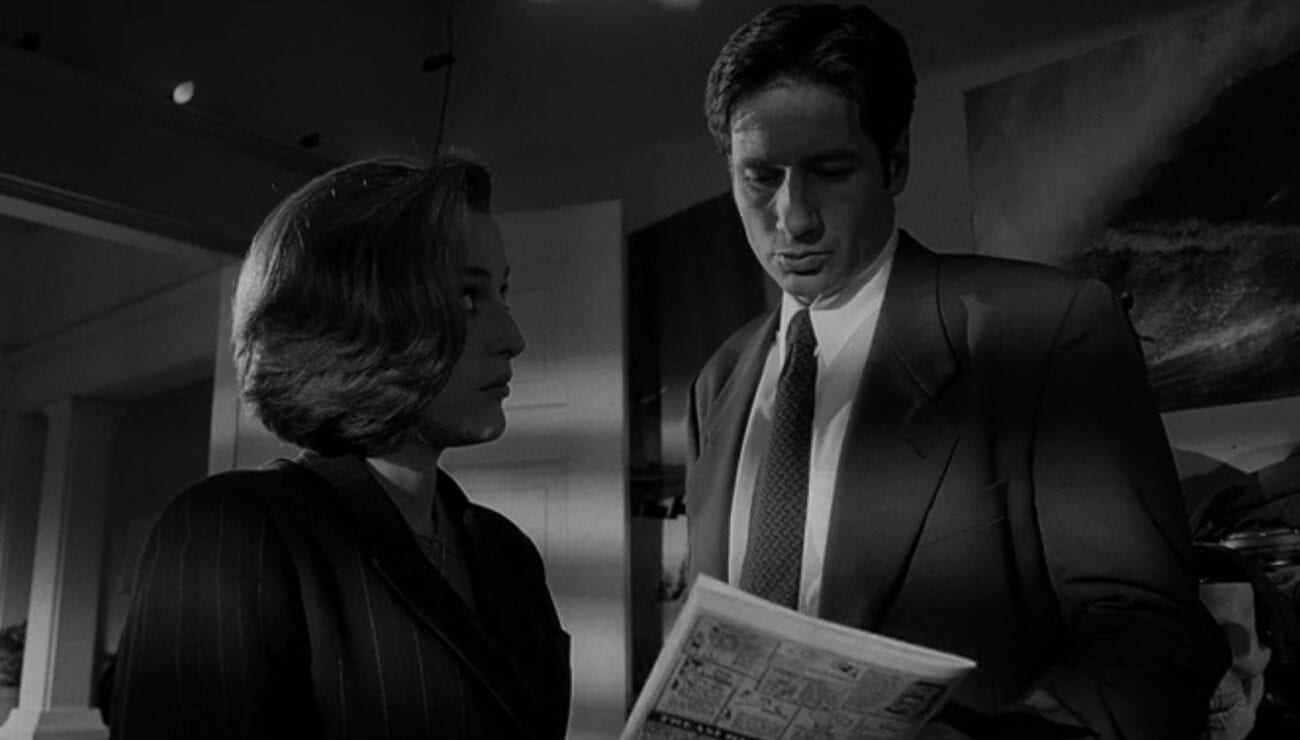 According to showrunner Chris Carter, by this point the show was such a success they could get away with pretty much anything. It takes The X-Files back to its genre roots, the title of the episode itself is a reference to the subtitle for Mary Shelly’s epochal novel Frankenstein: A Modern Day Prometheus. Shelly’s title itself is a reference to the Greek myth of Prometheus, the Titan who defies Zeus and gives humankind the gift of fire. Shelly carried the myth of Prometheus into the enlightenment during a time when scientific discoveries in biology and human anatomy presented new dilemmas in morals and ethics. Carter got the idea for “The Post-Modern Prometheus” from the show’s science advisor Anne Simon, who introduced Carter to the studies on flies that were on the cutting edge of genetics at the time. 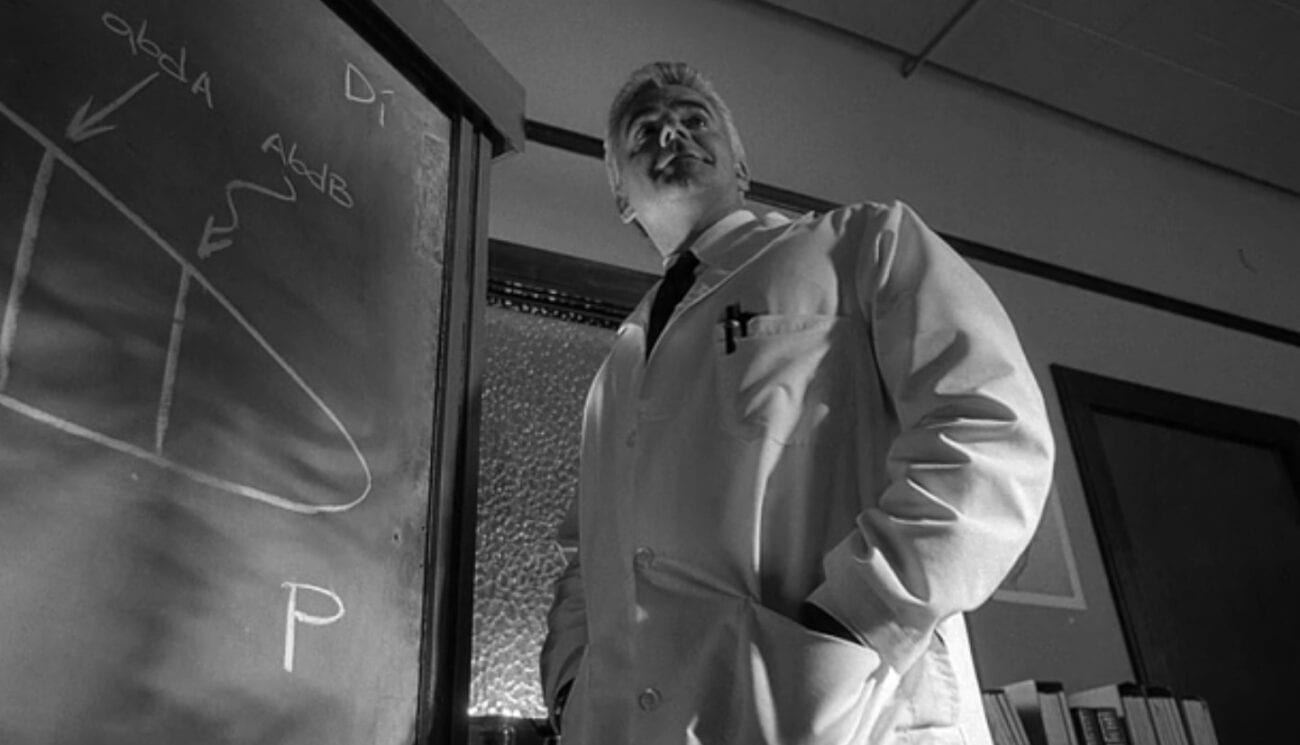 “The Post-Modern Prometheus” is also framed as a comic book story. Horror, sci-fi, the genre fare on the bleeding edges of imagination that makes up the bulk of The X-Files, shares its origins with superheroes in the pages of comic books. Like good horror, comic books regularly express the most primal fears of society, the contemporary equivalent of Greek pottery, Egyptian hieroglyphs, and the earliest cave paintings. Scully at first assumes that Shaina imagines the monster based on what Izzy drew in his comic, but the reality is the other way around. 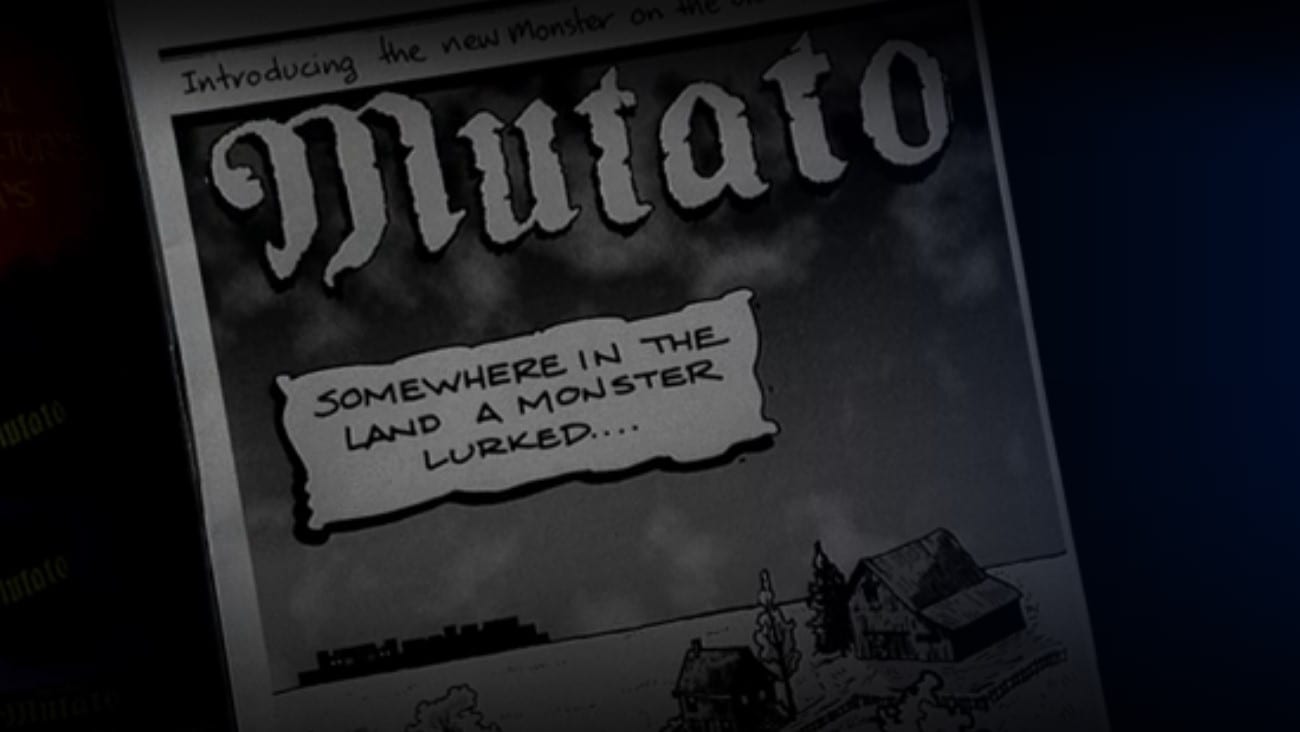 The lines between reality are pretty blurry in this episode already. Mulder is apparently experiencing a sort of crisis of faith, but there’s a slight reference to the infamously horrifying episode “Home” that aired earlier in the season. Maybe “The Post-Modern Prometheus” is not a real investigation at all, but Mulder’s fantasy as he processes the horrors of abuse and incest he witnessed. The black and white cinematography and comic format give more credence to this, elevating the episode into a sort of dreamlike fantasy, and allows Mulder to reshape reality the way he’d like. 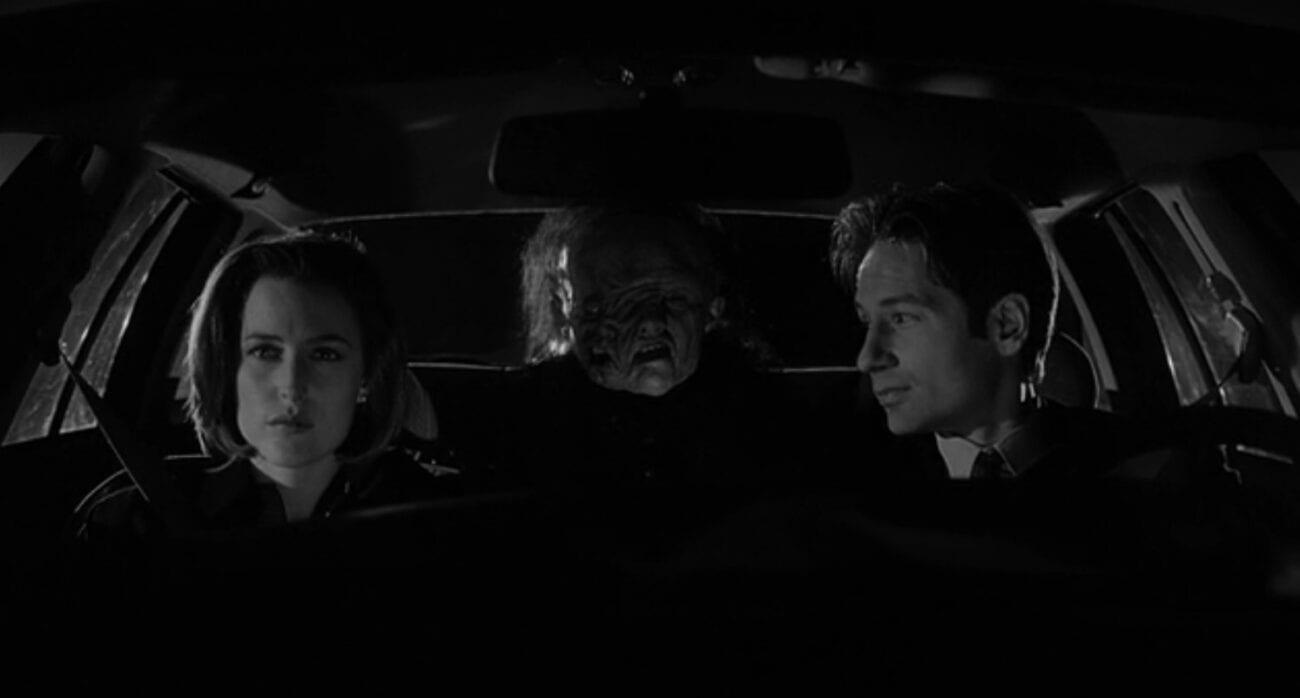 As the agents are leaving with The Great Mutato in custody Mulder tells Scully he isn’t happy with the ending. The scene then cuts to a Cher concert with Mulder, Scully, and a thrilled Mutato in the crowd. Before the credits roll, Mulder and Scully share a dance and longing look. Carter even wrote in a kiss but thought it went a little too far. But the image fades into a stylized comic form, reminding us again this does not necessarily take place in the same reality. Some more mystical comics writers, like Alan Moore or Grant Morrison, believe the feedback loop between humanity’s subconscious and comic books is so powerful that they are indeed a conduit for magic rituals and could potentially alter the “source code” of reality. In Morrison’s run on Animal Man, the titular character has a similar frustration with his tragic plot and so Morrison wrote themself into the comic and reveals they are the creator of Animal Man’s two-dimensional universe to explain why he needed to experience such grief. Animal Man then asks for his family back and everything to go back to normal, and Morrison realizes that writing a story that was just violent and mean as a reflection of reality didn’t serve anyone and gives Animal Man a happy ending. Carter doesn’t go so far as to write himself into a philosophical debate with Fox Mulder, but at the very least he’s telling us the happy ending Mulder is really looking for. 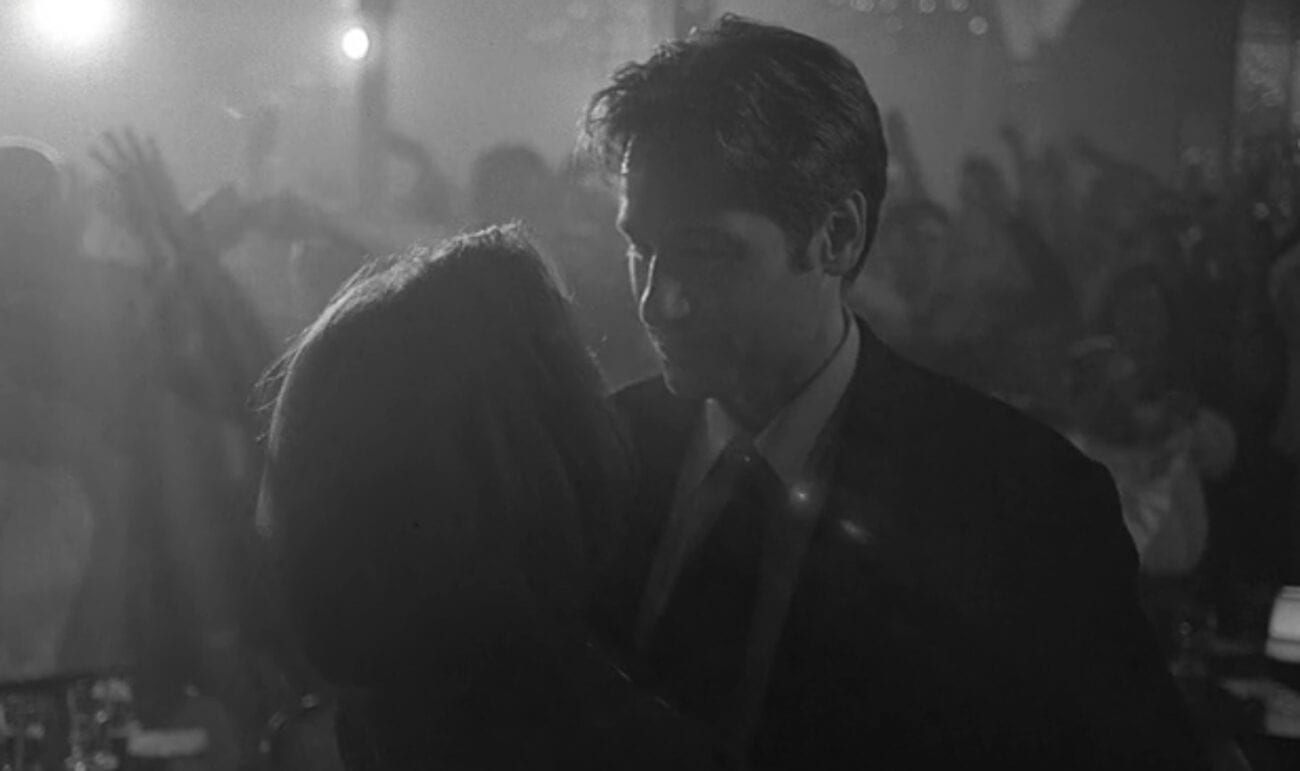 Cody Ray Shafer is a writer and artist with some thoughts on video games, music, comics, and Twin Peaks.