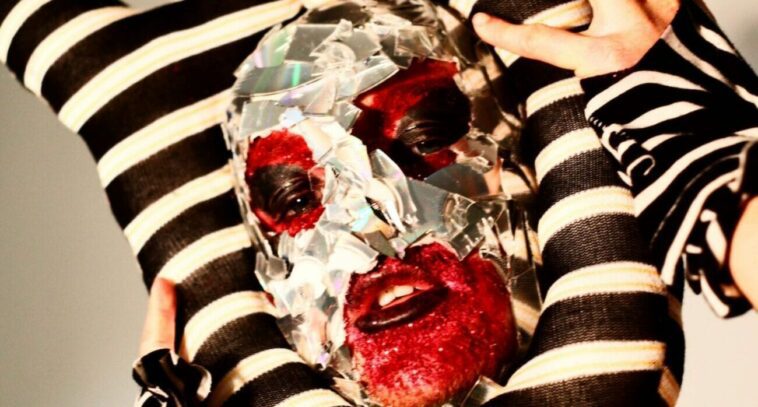 So here is a perfect example of an unexpected outcome of lockdown. Lynks played this electro banger version of Courtney Barnetts “Pedestrian at Best” at an online stream, and he got such a positive reaction he decided to put it out as a single.

Lynks said that “Courtney’s original version of “Pedestrian at Best” was one of the first tracks that inspired me to write music”.  He got his first synth during lockdown and learnt how to use it by playing his own version of this song. The indie grunge original was then transformed into a dance floor filler. The vision he uses to transform this track is astounding.  He has created a riotous disco anthem. When you listen to the beginning of both versions you would never guess they are the same song.  It is full of colour and joy and techno beats which had me smiling every time I listened to it. Yes, I had it on repeat it was so good.

Lynks (FKA Lynks Afrikka, real name Elliot Brett) is all about dance music, comedy, costume, and rolling it all together in order to provide something entertaining, interesting and fun. The pink knitted mask reminds me of Pussy Riot but this isn’t about Anti-Establishment. Bristolian Lynks is all about the party but in a smart, provocative way with a mantra of living unapologetically. As can happen he found his voice unexpectedly when a friend asked him if he wanted to do a set at a house party. He did a cover of Kate Bush’s “Why Aren’t You Dancing?” which was him shouting “Why Aren’t You Dancing?” over a beat that got more and more intense over five minutes. I really would love to hear that. Lynks garish outfits are part of an alter-ego which allows him to express himself, a possible cult queer icon in the making?

Anyone who is a fan of band of the moment Working Men’s Clubs electro sound is going to love this.

Get the Glitter Ball out, roll back the carpet, smear on the lippy and I can guarantee you will not be Pedestrian at Best…

I love funky punky music you can dance to, and that's the type of music that inspires my writing. Currently an admin for the Fontaines D.C. Facebook fangroup "What's Really Going On?" which now has almost 4000 members. Living in Edinburgh, UK I am also a member of Pentland Triathletes and have completed two Half Ironmans. Good to meet you!