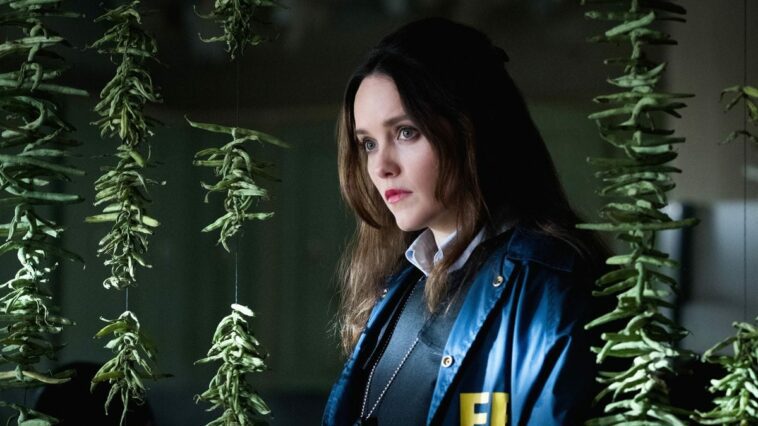 Okay look, I want Hannibal S4 too. But I was a fan of the Harris books and the original Silence of the Lambs film long before Hannibal was a gleam in Bryan Fuller’s eye, and there’s no reason we couldn’t have both, right? And I think that’s the main hurdle CBS’s Clarice is going to have to overcome—people are going to have to be willing to look at it on its own merit. And I really hope they do, because it deserves it.

I’m not surprised that they are bringing their A-game, especially right at the off. Kurtzman and Lumet are also Team Picard and Team Discovery, and they know how to bring it. And it’s stunning to look at in a lot of the ways that Hannibal is (okay, I want to stop with the comparisons, but there have to be some due to the same source material). The camera work is beautiful, and Silence nerds like me will be tickled to see how many of the shots from the original film they redid.

My roommate asked me if she was going to need to rewatch the movie, or do any sort of prep in order to enjoy Clarice, and I said no. They give you everything you need. The extra, Easter eggy stuff, the stuff that shows how much homework they truly did, that demonstrates that the people who made this are, well, me-level nerds of the source material, is honestly all gravy. You don’t need to know that Clarice is wearing the same coat that she wears in Silence of the Lambs, a year later. You don’t need to know that she does laundry when she’s stressed, and that’s a thing that is used in the books, and touched on in the film. It’s cool if you happen to know. But you don’t need it. 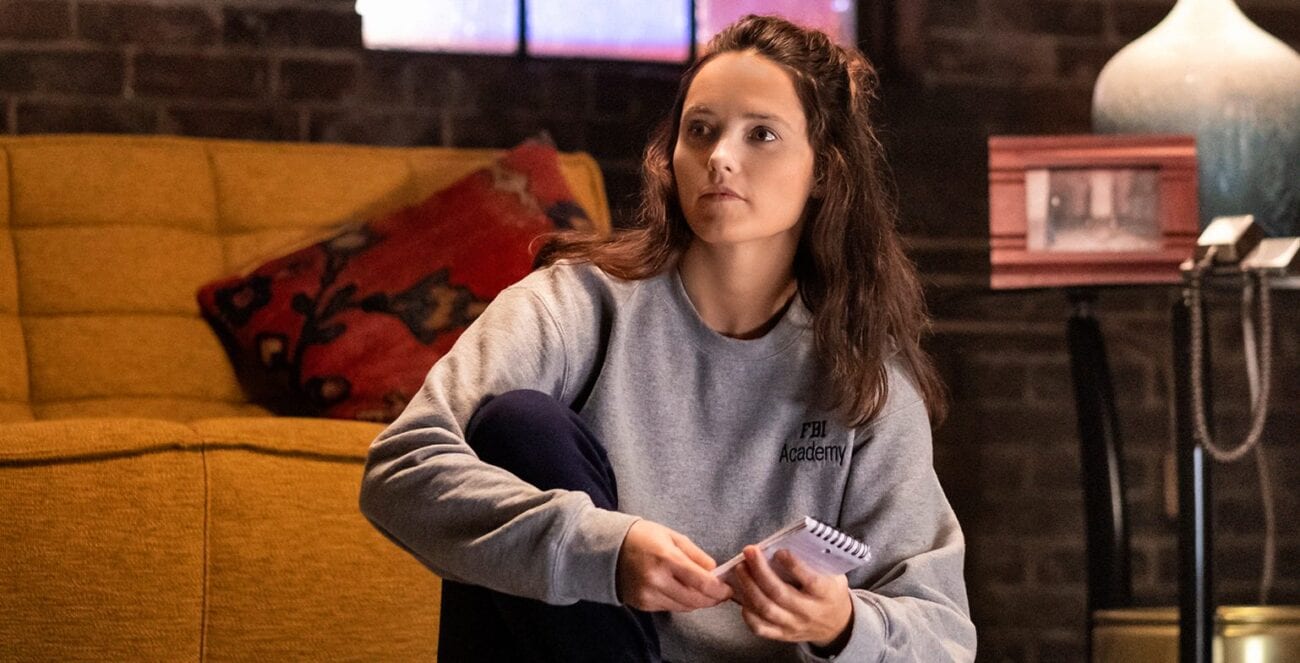 Clarice is set a year after the events of Silence of the Lambs. At the end of that film Dr Lecter asks her if the lambs have stopped screaming, and it doesn’t look as if they have done. When we first see her (played by Rebecca Breeds, who is rocking Jodie Foster’s West Virginia dialect right on the money), she is again facing off with a therapist—only this one isn’t helping her catch a killer, and actually seems a lot less on Starling’s side than Dr Lecter ever was.

With regard to Dr Lecter—and this is the last time I will mention him—he’s eluded to maybe once as the person who helped Starling catch Buffalo Bill, and Lecter is never referred to by name. This is apparently a rights issue, but I think it’s the right choice in any case. This is her story, not his, and Clarice Starling can, in my opinion, both catch killers and headline a TV show without Hannibal Lecter’s assistance.

The show works very hard to remind you of the vibe at the end of the film, and I think it succeeds. Starling is messed up after her experience, and honestly I was glad to see it. Not because I was happy to see a traumatised woman under any circumstances, but for her to have been unaffected by the events of Silence of the Lambs would have been unrealistic. She’s functional, certainly. She gets up every day, and goes to her job at the FBI, and does her work in Behavioural Science. She continues to be pushed around by men in a male-dominated world, and stared at a lot of the time as if she is some sort of a laboratory animal.

Men sometimes have a grudging respect for her (if she’s lucky), but they don’t really get her. She’s been trying to put Buffalo Bill behind her, but more often than not, she wakes up sweating in the middle of the night. Catherine Martin, the girl she rescued, who would have been Bill’s seventh victim, has tried over and over to contact Starling, but Starling won’t answer the phone.

When the phone rings and Starling does pick up, it’s Senator Ruth Martin (Jayne Atkinson), Catherine’s mother. There’s been a new murder that looks serial killer-ish, and Martin wants Clarice to join her VICAP task force, essentially to be the face of it. Martin’s statement is that she got into crime because she doesn’t want any other family to have to go through what hers did, and Starling can understand that like no other human can, to say nothing of no other woman. Clarice is reluctant, but takes the gig.

When they first meet, Ruth Martin holds out her hand, friendly as you please, and says (it would be innocuous to anyone else) “hello, Clarice”. There’s the barest pause, and the faintest shadow passes over Breeds’s face, as you recognize it as a PTSD trigger for her. It’s a gorgeous human moment, it passes, and she gets to work.

Michael Cudlitz is already on the task force as Paul Krendler, who is consistently a jerk in the films and the books, and Cudlitz does a good job of portraying Unpleasant Middle-Aged White Guy. He’s not interested in Starling’s expertise at all, or even in her being there. As far as he’s concerned, her function is to smile pretty for the cameras since Ruth Martin wants her to, and to say what he wants her to say. Further unpleasantness comes when you discover he’s been talking to Starling’s therapist (I wonder if it is okay for government shrinks to talk to government bosses in this way, otherwise it seems wicked unethical), and both of them have already decided she’s unstable. 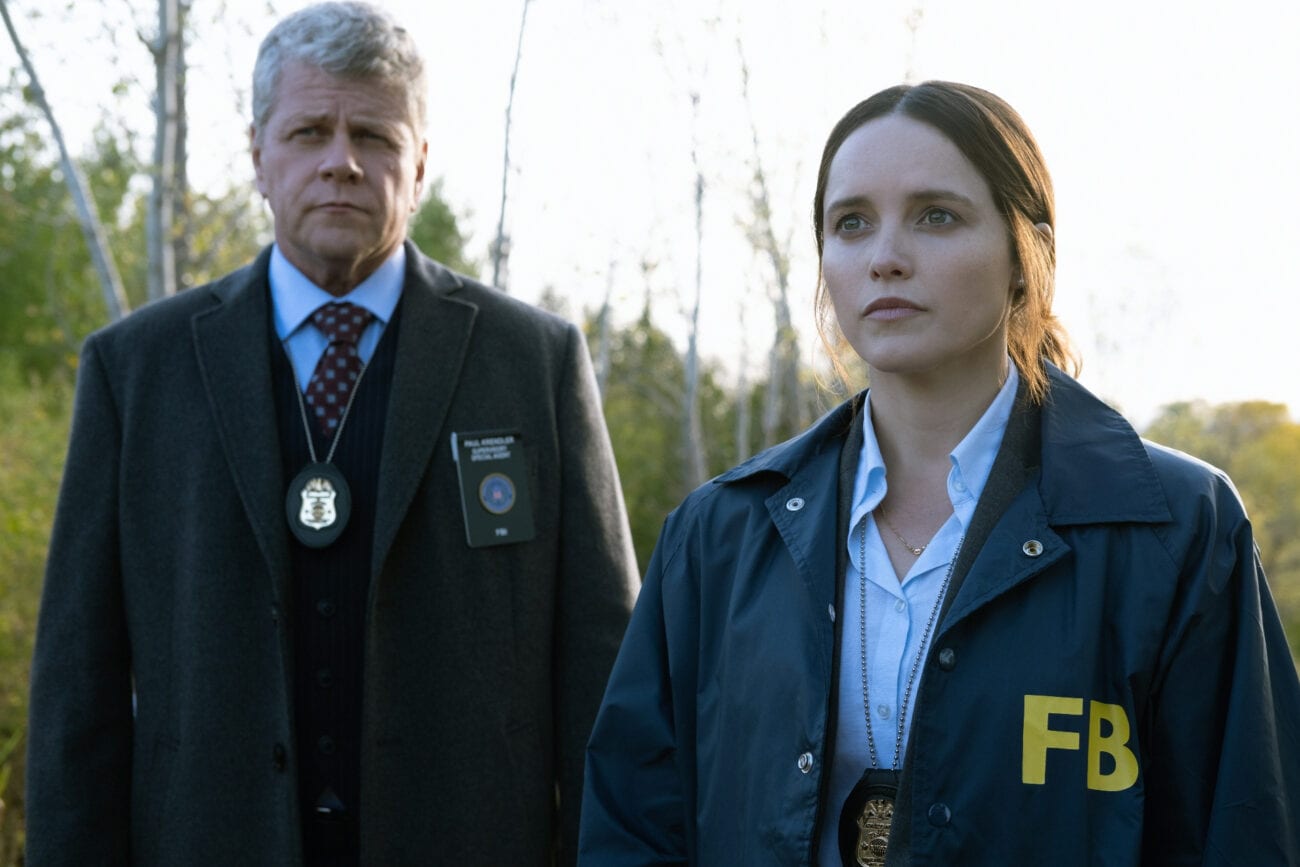 How stable Starling is or isn’t doesn’t affect her ability to get the job done, especially with the help of fellow task force agent Tomas Esquivel (Lucca De Oliveira). It was also great to see her friend Ardelia Mapp, played here by Devyn A. Tyler, and sassier than she ever got to be in the film (book-Ardelia was way more likely to have a scrapbook of “People I’m Sending To Hell” than movie-Ardelia got the screen time for). And it looks like Catherine Martin (Marnee Carpenter) will be a major player in the series. She’s definitely not doing well, though it is good to see that whatever her trauma (and it looks extensive), one thing she is not doing is taking it out on Precious, Buffalo Bill’s poodle that she insisted on taking home with her after they got them both out of the pit. Precious looks like the least traumatised one of the lot of them.

So yes, I thought Clarice was terrific, and yes, it is entirely possible for her to have her own story independent of the H word, and yes, I still want Season 4 of the H word. They don’t have to be mutually exclusive, and we should be able to have a series with a strong female lead, especially now. If you think about it, Clarice the show has the same problem that Clarice the person has—she’s fighting to be taken seriously in a male-dominated field. Give her a real chance, folks. She’s worth it.

Cat Smith is the reigning Miss Nerdstiles, having inherited the crown from absolutely no one, because she made it up. She is an actor, a musician, a cosplayer since before they had a word for it, and a general nuisance (General Nuisance *salute*). She and her ukulele have charmed the collective socks off of LI Who and LI Geek, ReGeneration Who, WHOlanta, Potterverse, Coal Hill Con, Time Eddy, MISTI-Con, Hudson Valley Comic Con, Wicked Faire, SqueeCon, The Way Station, and The Pandorica Restaurant . She has written for "Outside In" and "Why I Geek" (among others), and you can find her music on bandcamp at https://missnerdstiles.bandcamp.com/album/who-riginals. Consider supporting her continuing adventures by becoming a patron at patreon.com/missnerdstiles