There’s a rich and beautiful world located beneath the cold, unbearable surface of the alternative World War II backdrop in Paradise Lost. Through the introduction of the game, the player learns through flashbacks and notes that the allies never ended the war, and Germany was allowed to continue its experimentation into nuclear technology over the next twenty years of occupation. This realization of nuclear advancement for the Nazi forces resulted in its use on Krakow, Poland, and brought nuclear winter to eastern Europe.

Szymon, a twelve-year-old boy, has journeyed to an underground bunker that his recently deceased mother had unknown ties to. Through flashbacks, Szymon tells the story of finding a photo of her from the place, how he ventured through it in search of answers, and how he sought help from anyone that may have been inside. 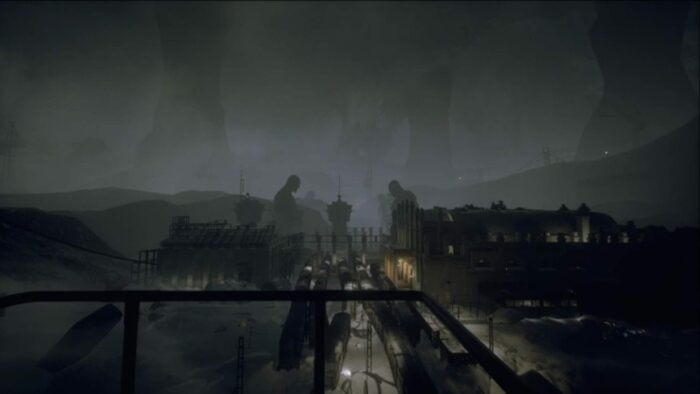 The initial orientation to the game was confusing as I entered the darkness of the pitch-black bunker. The game immediately compensated by automatically igniting a lighter, but initially, I began pressing buttons wildly. The controls of the game are fairly simple; most of the time you’re controlling Szymon’s feet and the camera only. On occasion, you pick up and putdown items. Mainly the game wants you to take in your surroundings, read the letters left out, and uncover what went on in the bunker. There are no weapons, there’s very rarely anything intense, just a feeling of uneasiness and empathy for the dystopian universe that Szymon finds himself in.

As Szymon makes his way through the underground facility, it becomes increasingly clear what the bunker is. Level zero shows off the train platform for German colonists who’ve been invited to live underground before the strike against the Polish freedom fighters. This new way of life would ensure their survival after dropping the bomb. Through Szymon’s search, he finds that the Nazis continued experimentation on the development of super-soldiers and artificial intelligence. Polish rebel forces infiltrated the bunker however and war raged on before eventually everyone inside died of radiation or old age. Along the way he discovers another person, Ewa, hiding in the bunker, helping him unlock doors and progress on his journey. All Ewa asks of Szymon is for him to unlock her from a control room she locked herself in, as Szymon attempts reaching Ewa he unravels the truth about the bunker, its inhabitants, the Nazi testing, and his mother’s connection to it.

There is a lot of enchantment throughout Paradise Lost. Each level of the bunker has its own theme and stunningly created structures to match. The environments are immersive but outside of reactionary awe, there isn’t a lot to go searching for. Most of the interactive items in Paradise Lost are on the path and there aren’t any special items, unlocks, or achievements for going out of your way trying to find anything. There are however alternate endings based on choices made in the finale that will unlock achievements/trophies if you’re looking to fully complete the game. 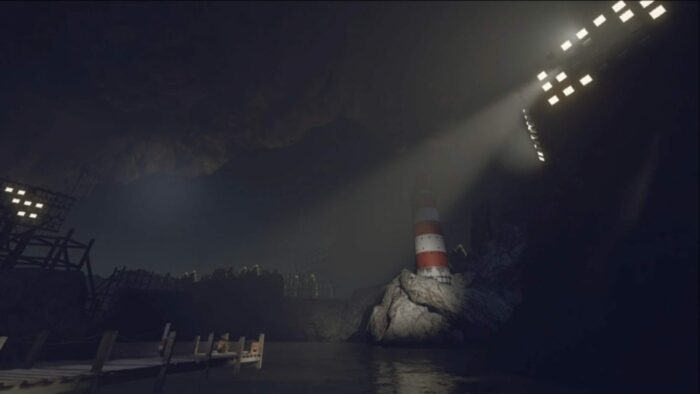 I think a lot of people will draw similarities throughout Paradise Lost to the Fallout and Bioshock series. It’s hard to see retro-futuristic technology and an alternate history timeline where people live in bunkers and not even consider those games. Paradise Lost leans into it a little when reaching the living area of the bunker on level three, stepping out onto a beach area complete with a lighthouse and realizing a similar area can be found in a Fallout 4 bunker. The scene in Paradise Lost is still beautiful to behold though and that is really what you’re getting with the game; an aesthetically pleasing atmosphere of immense elegance mixed with the nervous excitement brought on extraordinarily by Magdelena Urbańska’s excellent score and a ridiculously fantastic sound department.

Paradise Lost is being touted as a narrative-based adventure game. It’s an interesting description for marketing the game, mostly because the term walking simulator sounds boring. The thing is, I’m a huge fan of walking simulators that fit in with Paradise Lost’s gaming style like What Remains of Edith Finch, Everybody’s Gone to the Rapture, Dear Esther, and Blackwood Crossing. Stories such as those are all amazingly resonant, tugging at your heartstrings at various points by basically providing more of an immersive film experience where you’re the protagonist. Paradise Lost never gets to the emotional level that some of those aforementioned games reach but it’s still a heartfelt and very personal journey for young Szymon who, having just lost his mother, finds himself grieving for her. Szymon comes to terms with her death through designated sections of the game labeled Denial, Anger, Bargaining, Depression, and Acceptance. 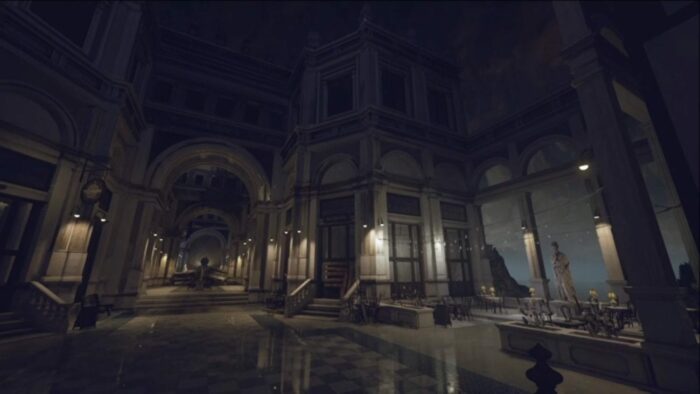 At some point, someone is going to ask how any of this relates to John Milton’s book of the same name. Paradise Lost in literature is a ten-book blank verse poem about Lucifer’s fall from grace, the ensuing war between heaven and hell, and the exodus of Adam and Eve from Eden. There is the backdrop of the war between the Nazis and the Polish rebels to compare to Milton’s devils vs. angels to consider, and it’s pretty obvious that Szymon and Ewa are meant to be Adam and Eve, but I would say much of the comparison is akin to how Mary Shelley quoted Milton’s book when she wrote Frankenstein. Shelley tied Satan into the cruelty of the monster’s creator, judging his actions for playing God where he shouldn’t have. There are a lot of perspectives to be considered throughout the game’s story. The villain isn’t nearly as evil as initially thought and the ending really gives some grace to his intentions while offering the same catharsis to our main characters as well. This isn’t the first time a walking sim has taken on classic literature either; a few years ago Henry David Thoreau’s Walden was turned into a game as well.

Overall, Paradise Lost is an interesting mystery with absolutely gorgeous environments. I think I only had a couple of small issues in my playthrough; a note that didn’t show up correctly, some pillows that rendered in mid-air as opposed to on the bed surfaces, and, in a key reveal scene, a necessary book that plays into a large part of the story was completely absent from my hands as Szymon turned through its pages. Though the book would have been nice to see, the dialogue was still intact so at least I caught the story which is all I really cared about anyway. Nitpicks aside, I thought the game was lovingly told and featured a compelling, albeit easy to predict storyline. I do think players will put the arc together rather early in the less than four-hour playthrough, but the ending still has its moments, and I think Paradise Lost really sells itself on the remarkable journey through absolutely magnificent scenery.

Paradise Lost is now available on PC, Xbox One, and PlayStation 4.

Sean lives just outside of Boston. He loves great concerts, all types of movies, video games, and all things nerd culture.