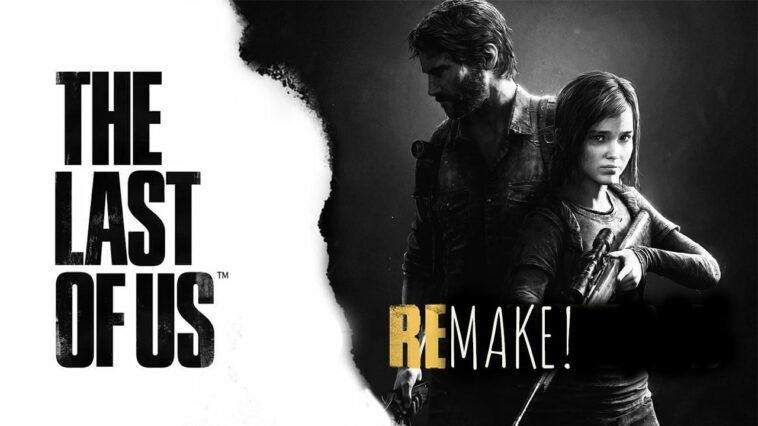 Why would Sony remake The Last of Us? Not another remaster, a remake. Sony always aimed for big-budget-name blockbusters that weren’t just Xbox first-person shooters or Nintendo platformers; their games were works of art. What differentiated Sony from Nintendo in the 90s was Sony’s dare to play big risk games. Metal Gear Solid was an 8-hour movie wrapped around a 3.5-hour game. Nintendo would never have included a game like that during that era. Nintendo was for kids. Sony was for adults and not in that condescending way Sega was. As the years went on, Sony invested in artistic endeavors with developers like Team Ico, Thatgamecompany, and Quantic Dream. Then came the days of Naughty Dog, the guys who used to make Crash Bandicoot and turned into filmmakers with a controller.

Love or hate The Last of Us Part II; one must admit that it’s a significant work of fiction that took risks. I don’t even know if I liked it despite my initial praise. Sony banked on games like that. That’s why they always came out on top. Eventually, every “Naughty Dog” has its day. Sony is relying on remaking old franchises like Ratched and Clank, and are losing their creative edge in favor of cheap profit. Sony will no longer have the image of being an innovative console company leaving them with no image.

Succumbing to pure surrender from frustrated fans with The Last of Us Part II takes not only Sony but every division that produces subjective entertainment towards a creatively destructive route. The rebooting trend has been going strong since 2005, trying to capture that Nolan Batman Begins magic that only comes once in a generation. What has happened in the film industry has loomed its poisonous shadow over the game industry where the consumer isn’t being presented with anything novel anymore. With the HBO deal for a Last of Us television series, Sony may be integrating their media similarly to what Disney does with their movies and streaming service. It’s no secret that Sony can be adversarial towards their partners. Spider-Man has been in an ongoing joint custody battle that continues to this day hence why it’s going for a multiverse angle with Tom Holland’s Spider-Man. An honestly clever move on Sony’s end.

We’re living with two Batmans, multiple Supermans, and video games are being remade or remastered at an accelerated rate. I have no quarrels with Naughty Dog selling Uncharted for a movie deal. It’s a fun game based on famous blockbusters that will probably make an inferior blockbuster film. If there were a game you’d want to recreate as a film, going through Naughty Dog’s list is incredibly slim. The Resident Evil 2 Remake comes to mind where an outdated game gets a next-gen treatment in all departments from graphics to gameplay.

I understand Sony’s angle. They want to create exclusive games that are unique pieces of storytelling that can stretch across all mediums. I applaud that attitude; that’s why I’ve always purchased Playstation. They respect gamers’ intelligence. In respecting that intelligence, the decision to remake this particular game is baffling to me. Like Metal Gear Solid: The Twin Snakes, you won’t be able to capture that magic again. You can replicate it on television, but it’s not the same or as interacting with it for the first time, not knowing what to expect.

There’s an entire list of issues I have with Sony’s management, from having an abhorred launch date for a next-gen console to losing Bethesda to Microsoft and being a nightmare with backward compatibility. But in the end, I’d say to myself, “at least Sony makes incredible exclusives with visionary ideas.” Now, what can I say? I know Sony is slow to start with each of their consoles that pays off in spades in the end. This time I’m afraid, though. I do not see anything on the horizon that catches my attention. It’s all the same games. PS4 worked out because Sony let guys like Hideo Kojima do weird passion projects that shockingly sold well. Where are those mysterious games? We’ve all seen the familiar. Sony, as a lifelong Playstation fan, I’m telling you from the bottom of my heart that I love you and don’t want to see you lose your brand.