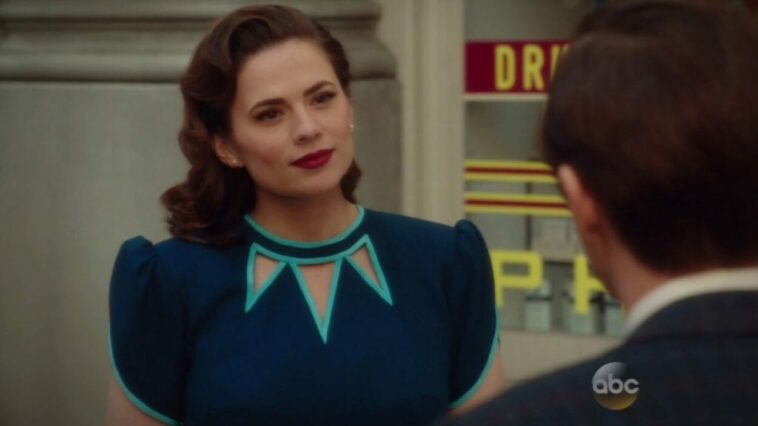 Welcome to What’s the Buzz, 25YL’s feature where members of our staff provide you with recommendations on a weekly basis. In our internet age, there is so much out there to think about watching, reading, listening to, etc., that it can be hard to separate the wheat from the chaff, filter out the noise, or find those diamonds in the rough. But have no fear! We’re here to help you do that thing I just described with three different metaphors. Each week a rotating cast of writers will offer their recommendations based on things they have discovered. They won’t always be new to the world, but they’ll be new to us, or we hope new to you. This week, Clay Dockery gets around to watching Marvel’s Agent Carter and Hal Kitchen recommends that you check out Palm Springs (2020).

Clay: It seems as though we are in the Golden Age of Marvel TV shows. WandaVision had people buzzing over an incredibly esoteric and grief-stricken story. The Falcon and The Winter Soldier has people buzzing over the nature of what it means to be a terrorist, and what it means to be a symbolic hero. With all of that said though, there were, of course, quite a few Marvel television shows that paved the way for the modern era. The Netflix shows—especially Daredevil, Jessica Jones, and Luke Cage—had their moments of critical acclaim, and with their smaller scale stories and adult tone they were able to tell stories that Marvel was unwilling to explore on the big screen. Agents of SHIELD lasted for years in a sort of limbo between being accepted as a part of the MCU and being left completely on its own. But of all the Marvel shows the one that I missed and have been really drawn to explore in more depth is Agent Carter.

Agent Carter only ran for two seasons and both of those were extremely short. I remember the show being announced as a bit of surprise during a Comic Con back in 2014, and thinking that it sounded interesting. But, like far too many other people, I never watched it. Then it was cancelled. Then it became increasingly hard to find on streaming services. After that, in what many Peggy Carter fans have considered a bit of a betrayal, the entire premise of the show was complicated by the notion that Steve Rogers actually went back and reunited with Peggy. Through all of that Agent Carter, with its historical setting and the extremely compelling Hayley Atwell playing the lead, remained a show that I really wanted to see and examine. Now, finally, with the show being added to Disney+, I’ve been really excited to do exactly that.

Having just finished the eight episode first season I can’t speak yet to the full scope and experience of the show, but I can say it is a really well developed and satisfying piece of the Marvel universe. With the additional time to explore the depths of the character, Atwell shines. She is able to push through some of the more rote bits of plotting in order to get to the depth of the character. Peggy Carter is sort of the reverse Steve Rogers, a woman out of time in her own time. The show leans hard, probably too hard, into the tropes of Carter being a woman doing a job that was only available to men. There is much more to the undercurrents than that though. Each of the characters, even the more irritating and sexist men who work with Peggy and push her aside and berate her, winds up getting shades and depth that help them to really stand out.

The most essential and watchable of these characters are Agent Sousa (Enver Gjokaj), Howard Stark (Dominic Cooper) and his butler, Edwin Jarvis (James D’Arcy). Gjokaj’s skill is somehow always underrated—he was the best actor on Dollhouse and he is among the best here. Sousa is a great potential romantic partner for Peggy, but also just great to watch as he fixates on the details. The elder Stark isn’t in the show much but, like his son, his genius drives the plot and his lascivious playboy charisma makes him a dominant force when he does show up. Jarvis is even more essential, and compelling. He is not only the unflappable butler to Stark, but also a loving husband, an accused “traitor” to his country, and a dry wit. By introducing the viewers to Jarvis, Agent Carter adds depth to all the other ways we have seen Jarvis in the MCU as well. In the end, D’Arcy and Atwell form an unforgettable central duo for the show. And it is a shame that there are so few episodes that we can spend watching them.