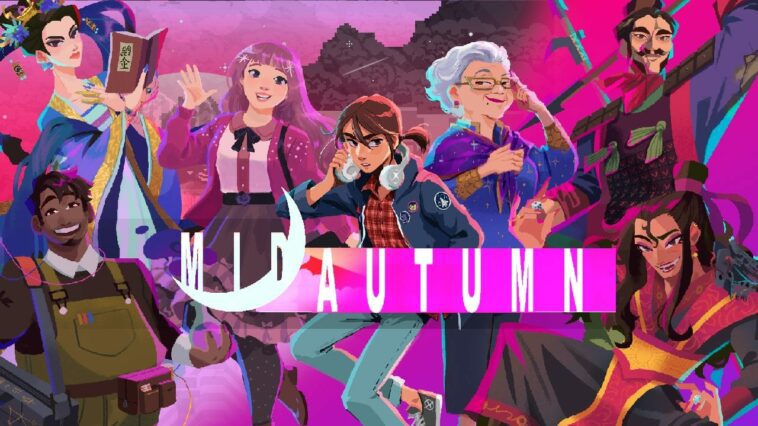 Today we’re talking with Sherveen about Midautumn, an upcoming rogue-like dungeon crawler based around themes of Asian diaspora and gentrification. Make sure to follow the pre-launch page on Kickstarter!

Lor Gislason: First off, please introduce yourself and tell us a bit about Midautumn!

Sherveen: Hi! I’m Sherveen and I’m the Project Lead for Midautumn, which is a supernatural rogue-lite about blasting evil spirits, saving your town from gentrification and Asian diaspora culture. We’ve also just announced that the game is coming to Kickstarter later this year! In Midautumn, you play as Robin Lam, a recent college grad with no clear direction who has resorted to crashing with their Grandmother in the fictional town of Nambo Quay, California. In exchange, Robin’s Grandma reveals to Robin that the Spirit World is real and its entrance is in the basement, and Robin is strong-armed into being its latest protector. The game is a rogue-lite dungeon crawler so each day, you wake up in town and talk to the locals before delving into the underground Spirit World to defeat evil spirits and solve supernatural problems affecting the physical world. 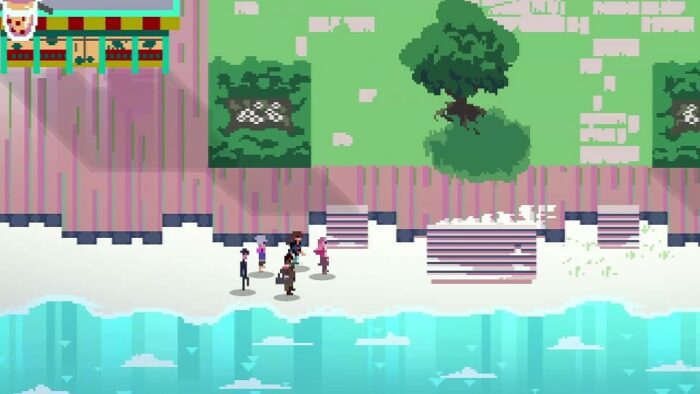 LG: Having the plot revolve around Asian diaspora and gentrification is a very unique concept. Did you always set out to do this, or did the themes naturally come out during the writing process?

S: The focus on Asian diaspora and gentrification was there from the beginning! The idea that so much of your identity can be tied to a particular place, and what it does to you when people use money and influence to fray the bonds between you and that place–it’s always resonated with me as a starting point for a game. For me, those themes get really tangled up with my experiences as a member of the Asian diaspora and an immigrant to the US. The rogue-like aspect was also in the pitch from day one. I think the cyclical nature of rogue-likes are a great vehicle to draw out the incredible stakes present in this kind of conflict.

LG: IGF nominated writer Sisi Jiang (LIONKILLER, Signs of the Sojourner) is designing the narrative for Midautumn. How did this come about?

S: Sisi joined the project very early, sometime late last year. The narrative for the game was still very vague and high level at this point, and I was initially planning to flesh it out more and make a more robust prototype before approaching any collaborators, but I saw a tweet from Sisi saying that they were looking for some work. I’d played LIONKILLER and I particularly love the immediacy of the writing in that game, as well as how Sisi uses history in their writing and makes conscious choices about where to deviate from historical canon. I knew if I myself heard Sisi was working on a project similar to Midautumn, I would have been really excited and intrigued by it, so asking them if they were interested in the project was an easy decision. I sent over an old pitch deck I had for the project and some really ugly gameplay gifs to them on Twitter, and Sisi’s reply came back only twenty minutes later with follow-up questions. They were officially writing things for Midautumn about a week later and the energy they’ve put into the game from then on has been really infectious! I knew this was going to be a special project just from how intensely people have been responding to the story even with the early, rough state of the game, and Sisi’s certainly a huge reason for that. 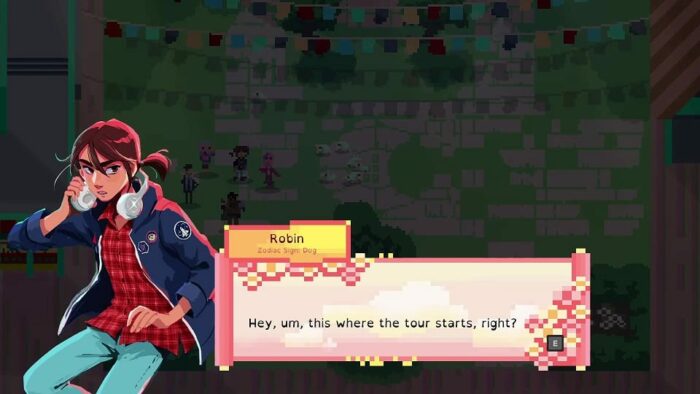 LG: Is the world of Midautumn based on any particular place or country? Or more a combination of cultures?

S: We’re absolutely drawing from a number of different places to create a town that feels familiar but also fantastical. We decided early on to push Nambo Quay to be a town that doesn’t really exist in real life, but should exist. We’ve built the world around the Asian American experience, with the town being situated in California, but we’re putting influences from our own frames of reference that extend beyond places in the US. For me, I grew up in Vietnam and Singapore, so that’s what I look to for a lot of inspiration.

LG: Having AAPI (Asian American and Pacific Islander) representation in media feels more important than ever, with a recent rise of hate crimes and racism in the news. What would you like to see from the games industry going forward?

S: I would like to see the games industry move away from symbols of progress and towards tangible, actionable change. I think things like better representation or improving hiring practices, or a host of other things are needed, but if we want to help AAPI creators, we should fund AAPI creators. Like other marginalized groups, AAPI gamemakers are under-sponsored in this industry. The amount of risk that indie devs have to take on in developing a game before there’s any interest in external funding is hugely inaccessible to marginalized devs, and that’s when we’re not dealing with a global pandemic. I’d love to see the industry grow beyond thrusting the spotlight on marginalized devs only when something horrible is happening to their community on a national scale. AAPI devs should not have to be marketing and pitching their work right now, they should be taking care of themselves and their communities. Unfortunately, I think a lot of marginalized creators in this industry don’t have enough faith in the industry to wait and see whether they can get the same support for their projects a year from now. 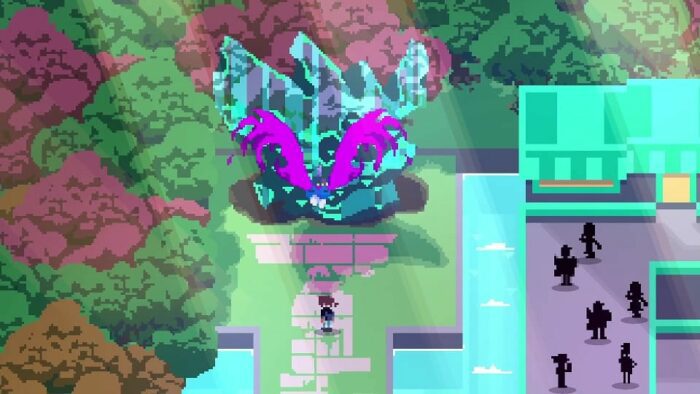 LG: Have you always been interested in game development? What were your favorite games growing up?

S: I’ve always been very interested in games, and I think I started being interested in games sometime in middle school. Growing up in Vietnam, pretty much all the games I had access to were pirated, so they never cost more than a dollar and I played a lot of weird games I otherwise would not have. I was always a big fan of the Fable series growing up. Besides that I have a lot of trouble narrowing it down but as of this moment, Parasite Eve, Bloody Roar, and The Jungle Book Rhythm n’ Groove come to mind!

LG: Can you talk a bit about the combat system?

S: We really wanted the game’s combat to keep players moving forward to drive narrative momentum, to be accessible and reassuring to players who come into the game primarily interested in exploring its world and characters, and to be constantly evoking the game’s narrative touchstones. The Moon features very heavily in the imagery of the game and we ended up designing a system where you absorb your enemies attacks and use that to power your own spells, similar to how the Moon absorbs and reflects the light of the Sun. We had a lot of experiments early on and definitely had design safety nets in place with more straightforward combat systems, but the way the combat ebbs and flows as players progress through the game, and how it feels integrated into what’s happening thematically creates a really satisfying better-than-the-sum-of-its-part feeling during playtests. 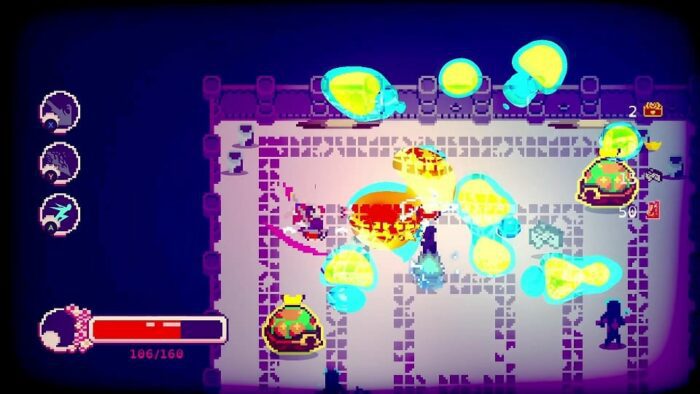 LG: Has the pandemic affected game development at all?

S: Absolutely! I mean, the entire game has been developed during the pandemic, which has been different. We all have day jobs and different work hours so communication is happening pretty much everywhere–email, Twitter, Discord, Zoom, etc. I absolutely hate crunch and overwork culture in the industry, and I think the challenge with developing games during the pandemic is that people are being stretched thin in their work and in their personal lives. I really don’t want working on Midautumn to be another source of that for people so we’re really trying to avoid harsh deadlines. As I mentioned with our combat system, we’re also implementing good-enough design safety nets early on that we can fall back to so if we have to delay a feature or a big chunk of content we have the flexibility to do that. It can definitely be a lot to manage but I think the message of the game would be undermined if we were destroying ourselves to make it.

LG: Finally, can you give us some hints about Kickstarter rewards or stretch goals?

S: We’re definitely still finalizing rewards, but for fans of the character art or environments shown in the game trailer, we’re looking into incorporating that into some really cool physical rewards for everyone. For stretch, the focus is primarily on more content. More story, more enemies, more bosses are the first things that we would want to include in stretch goals. Beyond that? I can’t guarantee anything but I would love to get some anime cutscenes in the game or full voice acting like they have in Hades.

LG: Thanks for chatting with us today! Where can we follow for more information about Midautumn?

S: The best way is to sign up for our Kickstarter Pre-Launch page so you’re notified when we go live! We also have a Steam page where you can wishlist the game. If you want even more information, you can also follow along with the game’s development on Discord!