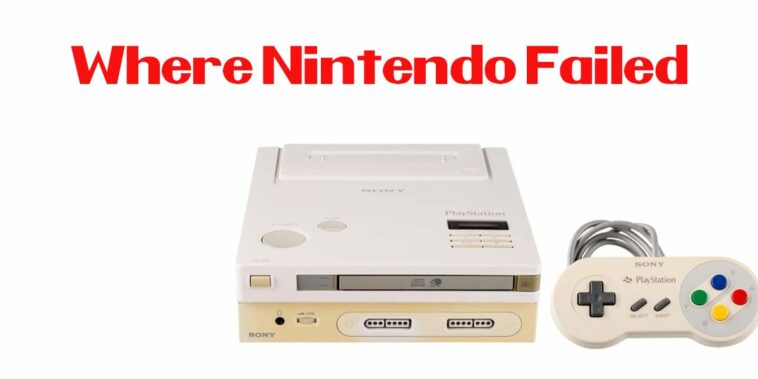 How times have changed. Where games are available at any given time to download today, no such quality existed in the mid 90s. 12-13 year old me hung around an abandoned firehouse turned community center for children. We played game consoles on the first floor. Sitting at each corner was a different console from NES-N64. The basement consisted of arcade games with no need to insert quarters. You could play the Simpson’s Arcade with unlimited tries. Primarily everyone played N64 for Goldeneye and Ocarina of Time.

Sitting in the front corner was the Playstation that almost nobody touched. I had no idea why. Out of curiosity, I wanted to see what its games looked like. The advertisements for Final Fantasy VII stood out as a suitable option to choose from. The opening cutscene that revealed the entirety of Midgar was breathtaking. I could tell this wasn’t just some kid’s toy. A player purchased a Playstation to experience something otherworldly in quality. Not multiplayer.

Are you familiar with the Nintendo Playstation? Obtaining a copy of the artifact is a rarity. Initially collaborating with Sony’s head engineer Ken Kutaragi, Nintendo wanted to capitalize on the Compact Disc based market. The technology caught the public’s attention with the Sega CD. Expecting a significant reveal from Nintendo, Kutaragi introduced the Nintendo Playstation to the masses. Unbeknownst to Kutaragi, Nintendo presented the Phillips CD-I. Why switch to Phillips when working with Sony? Nintendo wouldn’t have any rights to the CDs, causing them a significant profit margin cost. That margin cost was nothing compared to the rift of the tide Nintendo had caused.

Being the visionary he was, Ken Kutaragi could be tyrannical in his behavior. Infuriated, a room full of Sony executives wanted Mario’s head on a platter. Addressing the then CEO of Sony Norio Ohga, Kutaragi uttered, “We just got blindsided by Nintendo. We had an agreement, and they betrayed us.” Spelling Nintendo’s doom, Mr. Kutaragi proposed that Sony should entirely design a CD-based console of their own to challenge Nintendo. Ohga agreed upon Kuturagi’s proposal, slamming his fists on the table, proclaiming, “That’s it, do it!”

Purchasing Signosis for $48 million, Sony created their video game division Sony Computer Entertainment (SCE). There was just one catch; Sony had no experience in video games. With Ken Kutaragi’s brilliance, SCE created the first console to implement fully three-dimensional games. Combined with the enormous amount of space a CD could contain, Sony created something revolutionary. Sega had similar hardware, with the Saturn coming out a week apart from the Playstation’s launch window. Too bad they overpriced their device.

Like a maestro performing a crescendo, Sony brought their head of SCE America, Steve Race to say the price point of $299. Just like that, Sony humiliated Sega to the point of no return. Not only once, but twice when the looming shadow of the Playstation 2 drove a stake into the Dreamcast’s heart.

The Playstation made its debut in Japan on December 3, 1994. November 15, 1995, the Sony Playstation landed in North America. By the following year, 3 million units in the US and 9 million internationally were sold. Next year, 20 million units with 6.4 million sold in America alone. The Nintendo 64’s sales were short in comparison with 4.7 million sold.

What seemed like a three-headed serpent was profoundly defeated by a company’s single swing of the sword. Think of that significance. Multiple companies have attempted to defeat Nintendo, all to fail in the end. After trying to conquer a common enemy, Sega fell to their impulsiveness. There couldn’t have been a more convenient time for Sony to enter the market. The Playstation’s CD-ROM hardware was light years more preferable than cartridges. With the assistance of a multitude of software developers, the Playstation had something profound. It wasn’t cool; it was art.

From being horrified with Resident Evil to playing a Hollywood film with Metal Gear Solid, the Playstation’s games were for everyone. From platformers to shooters, to RPGs, to adventure games, Sony brought in the guys who could design whatever category a consumer’s heart desired. To this day, I’m finding PS1 gems that I didn’t even know existed. All Nintendo had were shooters and cute platformers. Additionally its ports were inferior.

The cartridge showed its age. N64 may have had smoother graphics, but it couldn’t play any cutscenes. Where Nintendo was for kids, and Sega aimed at teens, Sony targeted adults. With a neglected market fully realized, the Playstation’s stamp on history is ubiquitous.

Destroying their competitors, the Playstation 2 sold 157.68 million units. Despite falling behind from the start, the Playstation 3 out squeaked the Xbox 360 in sales of 86.90 million over 85.50 million. Currently, the Playstation 4 has sold 88.06 million units with Tte Playstation 5 on the pace of becoming the fastest-selling console of all time. All of this happened because of Nintendo’s arrogance. After years of suing other companies over various issues, demanding their seal of approval from third parties, Nintendo finally pushed the wrong people.

My affinity for Sony Computer Entertainment isn’t blinding. Since the days of me being a young kid, I still have purchased Playstation without regret. My Nintendo consoles are fun; some are ageless works of magnificence, but they don’t age like fine wine the way a Playstation always has. The moment I saw a preview of Metal Gear Solid to the tune of Aoife Ní Fhearraigh’s heartbreaking voice singing The Best is Yet to Come, I saw games in a whole new way. All of this could have been avoidable. As a cautionary tale, remember like Nintendo should have, to watch who you upset.