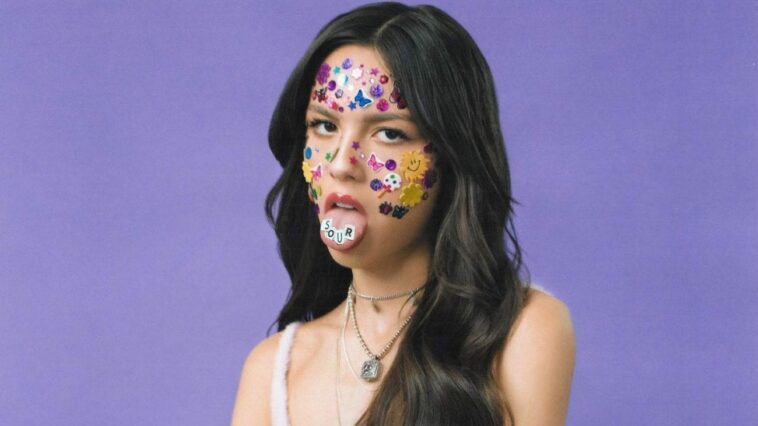 The irresistible rise of Olivia Rodrigo has been one of the great musical mysteries of recent months. This is far from the first time that a young female singer songwriter has been precipitated to pop stardom at a tender age, nor the first time that a former Disney cast member has successfully made the crossover to pop star. However, Rodrigo’s ascendancy has been jaw-droppingly rapid, with her debut single “drivers license” breaking records and debuting at number one, eventually going to number one in nine countries and going three times platinum. For comparison, her fellow Disney alums Demi Lovato, Ariana Grande and Selena Gomez all took years to go platinum even once and other indie sensations like Lorde and Billie Eilish took many years to build their organic followings. Rodrigo is the closest to a literal overnight sensation I’ve ever experienced.

So what’s driving this ascendency? Some have tried to figure it out and the best guess is a combination of factors. The pandemic year has resulted in many oddities, with viral success seemingly more important and easier to come by than ever. Rodrigo is not only a former Disney star, but her songs are also about a Disney star, with her album Sour principally a breakup record detailing the dissolution of her relationship with her former High School Musical: The Musical: The Series co-star. This she often does in excruciatingly precise and bitter detail with song titles like “brutal”, “traitor” and “good 4 u”, particularly emphasising how painful it was to see her partner begin dating his new partner so soon after their breakup. There’s obviously some tabloid appeal in this to fans of the show eager to get the scoop on the emotional intrigue of its stars that might have contributed to the song’s virality.

She’s also proven herself able to ride prevailing trends, following closely in the footsteps of a renaissance for Taylor Swift (whom Rodrigo samples on “1 step forward, 3 steps back”) and the unbroken excellence of Billie Eilish. Her songwriting style is a characteristic and unmistakable mix of the brittle cynicism of Lorde and the rich adolescent detail of peak era Swift. Her single “Déjà vu” reading like a trendier approach to the same thematic resentment of Lorde’s fantastic “Green Light”. There’s no question that her unique qualities lie only in her ambitious melding of the styles and sounds of specific other artists. She has songs that sound exactly like Billie Eilish songs, vocally, compositionally and instrumentally. The vocal layering when she harmonises with herself on many of the choruses is unmistakable in its influence and the precise observational details in the lyrics are just as obvious in their origins.

Those instrumentals come from producer Daniel Nigro, who balances the slower pop ballads like “happier” and “drivers license” with typical girly pop punk songs like “brutal” and “good 4 u”, which in turn sound heavily derived from the Paramore back catalogue. Whichever style the track is adopting, Nigro’s handling of the sounds is excellent. Each song has a polished confidence and credible vintage flair, often using careful understatement to make the instrumentals more layered than they first appear. Some of these tracks go through multiple interesting progressions, some of which are not very inspiring in themselves, but there’s something undeniably compelling in their combination.

By keeping her ear to the ground Rodrigo has definitely found a gap in the market and she’s by no means lacking the talent to fill it. Her writing is full of the same biting, resentful observations that made Swift’s best personal breakup songs work so well. How sincere these expressions read as being and how much they feel like the product of just saying the right things will likely vary according to the cynicism of the listener. I’m personally sceptical of the whole Rodrigo experiment, her meteoric rise does arouse suspicion, but there’s no doubt she has the chops both as a writer and performer to merit her success.

There’s more than a fair share of highlights on Sour. The album’s opener “brutal” is a fantastic outpouring of sarcastic adolescent neurosis. The almost nu-metal chorus delivers an infectious sense of swagger while the creaky verses distil the pressures of adolescence with a venomous dash of irony and Rodrigo sounds equally comfortable over both giving a brilliantly charismatic performance. The song particularly stands out on the track list not only because of its outright aggression, but also because it’s the only track on the album where her feelings are not directly focused upon her breakup.

That narrative begins with the second track “traitor”, the first of the album’s many slow pop ballads featuring some especially cutting lyrics as she laments that her partner couldn’t have spared her feelings by working out what he wants before getting involved with her, and the speed with which he moved on casting doubt on the sincerity of their connection, feeling like a retroactive betrayal. The elegant piano backed smash hit “drivers license” still puzzles me somewhat in its viral success but it’s a tasteful song with some compellingly familiar progressions on the chorus.

“1 step forward, 3 steps back” features a tactful interpolation of Taylor Swift’s “New Year’s Day” and the lyrics are typically insightful and pointed in their melancholic ruminations on how she handled herself when they were fighting (for personal reasons, I actually found this particular song pretty relatable at the moment). The latter half of the album doesn’t feature quite as many eye-catching highs, as is often the case, but Rodrigo’s expressions of her wounded feelings on songs like “happier” and “enough for you” are never less than compelling and the acoustic balladry is always refined in its execution. Songs like “jealousy, jealousy” and “favourite crime” feel like the weakest sentiments on the record, and the latter just sounds a little too much like a folklore b-side to me. The album of course ends on a final note of acceptance, with Rodrigo finally wishing her ex well and bidding farewell to her resentment toward him and his new partner.

It’s her unique artistic vision or lack thereof that leaves her feeling lacking as a pop superstar. She’s shooting for a relatable teenager aesthetic that seems to be in perpetual danger of slipping and revealing something more manufactured and corporate underneath. There’s something about the realness she’s projecting with her lyrics that feels like a put on. That quality is so fragile and so vital to her appeal. However, this immediate response may be unfair to her. Even Billie Eilish was once dismissed as a mere Lorde imitator. The moment I saw the “bad guy” music video I had this exact same gut feeling that I was being manipulated by a corporate machine, only far stronger. In that case I could hardly have been more wrong and my wariness of Rodrigo did start to disappear the more I listened to the album.

At this point it remains to be seen whether Rodrigo has real staying power as an artist, if she is going to be capable of growing beyond the shadow of her blatant influences and finding something truly unique and interesting to bring to the pop music landscape. However, if nothing else Sour shows that she can pull off some uncanny musical drag and make some pretty great songs while doing it. Even if her music isn’t the most innovative or exciting around, the standard of quality is consistently impressive and attention grabbing, showing that a batch of well written, well performed songs can go a long way.