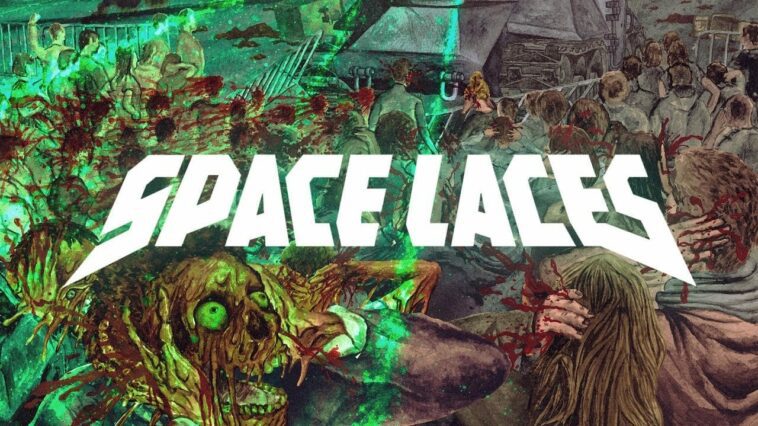 I think every art form has that one person or group that everyone looks up to. Your favorite artists usually have a favorite artist (Red Letter Media is all my favorite YouTube channels’ favorite YouTube channel, for example). In the case of EDM and bass music, though, it’s hard to argue against Ian “Space Laces” Slider being that guy—he’s been part of the modern dubstep scene since his first releases back in 2011, and though he doesn’t put out music too often, when he does, it’s always an Event with a capital E. Slider constantly blows listeners and fellow musicians away with his signature sounds and production skills, even when he’s just releasing collections of unfinished music with his Vaultage mix series. (None of those are going to be on this list, by the way, but go check those out if you want to hear more.)

I’ve handpicked ten tracks from Space Laces to prove how rad of a producer he is. Let’s dive in!

(Note: General epilepsy warning for most of these videos. Bass music tends to have a LOT of flashing lights.)

This is the first song on Slider’s first EP, 2018’s Overdrive, and it is pure swagger. This title track comes out swinging with a tense synthesizer lead, a stomp-clap hip-hop beat, and when it’s all said and done, a brutally satisfying bass drop. If you didn’t know who Space Laces was before, by the end of this song, you absolutely will.

Space Laces’ first ever single is a little different from the rest of his output, but it’s no less enjoyable to listen to. “Deep Space” is a bouncy electro house track with a little bit of dubstep edge—something that was par for the course in 2011, but this song’s production is so clean and futuristic it still holds up ten years later.

“Throwin’ Elbows”, a collaboration with Canadian dubstep icon Excision, is probably the most popular song under the Space Laces name. If the opening metal guitar riff and the “gimme some room I’m throwin’ elbows” vocal chops aren’t enough to get you in a fighting mood, the incessant bass rhythm and the slap-in-the-face drums definitely will be. (If you like this, check out Slider and Excision’s later collab “Rumble” for more absolute fire.)

The bad news is some of Slider’s best work isn’t available on streaming services, but the good news is those songs are usually available for free download, like his wildly out-there dubstep/electro/kinda synthwave single “Dungeons and Dragons”. It’s got an unfairly infectious melody, an aggressive pair of bass hits, and a synthesizer lead that’s overindulgent to the point of being the best thing ever.

Diving back into the more experimental side of this list, “Whiplash” is a collaboration with the always-entertaining Topi, whose trap and hip-hop influences mix really well with Space Laces’ bold, in-your-face production moves. Easily one of the glitchiest tracks on this list, and that’s to its benefit.

Slider’s latest solo single is a destructive and incredibly fun take on bass house, something he’s done before in songs like “Kaiju”, but never as interestingly as this. It’s deceptive in how simple and repetitive the main bass riff is, but it absolutely holds its own when the percussion and samples kick in. The song even twists into a trappy dubstep drop near the end that’s sure to catch you by surprise.

If you’ve ever wanted to know what a broken dial-up modem listens to on its day off, “Phone Tap” is the song for you. There’s a surprising amount of atmosphere in this song, going for dark ambience rather than aggressive bass, but the drums and samples are still hard enough to cause heart palpitations in unprepared listeners. Dial with caution.

Trampa’s debut solo album Disrespect is a killer ten-track ride, and Space Laces makes an appearance alongside him on the incredible “Shank”. The perfect mix of Trampa’s brutal stomping rhythms and Slider’s uncompromising samples and production skills, this is clearly going to get some crowds in a violent mood once concerts become a thing again.

We started with a song from Overdrive, and it only makes sense that we finish with one as well. Taking a little more influence from hard trap and hardstyle, “Torque” combines stuttering bass samples and a piercing, howling lead for an absolutely deadly showcase of what Space Laces is capable of.