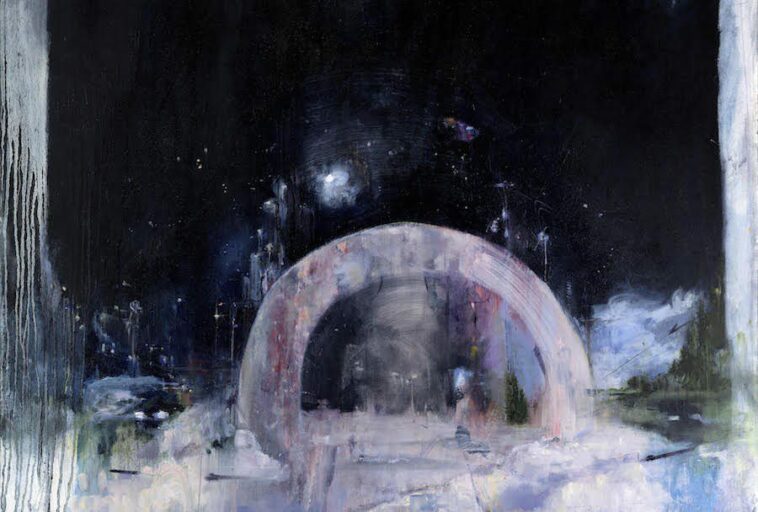 An English indie/folk trio, Daughter are known for their sombre, thoughtful, and sometimes outright depressing music. Each track is perfectly crafted to convey emotions and moods so exquisitely that you can almost share the experiences that inspired their writing.

The group are vocalist Elena Tonra, guitarist Igor Haefeli, and drummer Remi Aguilella. I first discovered the trio in my early teens, and remember attaching memories to the songs as they came out. Even now, many of the songs, including ‘Youth’, hold memories of my own youth when I hear them again.

I can only recommend them for their exceptional song writing and unparalleled ability to convey emotions and imagery. Here I have compiled what I believe to be their ten most perfect tracks into one playlist.

The perfect introduction to Daughter, this song encompasses the key components of their sound—soft vocals, guitar riffs, slow tempo—and gives you the perfect, gentle introduction.

One of the trio’s more beautiful songs, ‘Doing The Right Thing’ was a song I didn’t stumble across until I had been a Daughter fan for a while. I’m glad I did find it though, because it’s mellow enough to listen to when you’re not ready to delve into the heavier tracks, and it’s a great song to recommend for those who are not familiar with the group.

The track was the first single released from Not To Disappear, coming out in 2015 before the album’s 2016 release. Tonra wrote the track about her grandmother who was suffering from Alzheimer’s.

The closing track from Daughter’s debut album, ‘Shallows’ is very pretty and very emotive. It puts you in your own head a little bit, so proceed with caution… but the song-writing is exquisite. It’s one of those songs that speaks for itself.

With delicate lyrics about what I believe is a metaphor for death, this song is darkly beautiful.

There is a lot of imagery about the night sky and water, making the song feel very nature-focused in its metaphors and descriptions. This makes it feel very organic in the sense that the general mood is not one of a manufactured pop hit, but more that you can sense it was very personal and natural, that its writer wrote it based on feeling and not with their head.

One of the group’s more energetic tracks, ‘No Care’ is about a relationship that ended because it never really began. The lyrics tell the story of a broken-down relationship that neither party cares about enough to attempt to save.

Some lines suggest the relationship never really got off the ground, simultaneously others suggest both parties are still emotionally invested elsewhere. However you personally interpret the song there are definitely sections of it you will relate to and the catchiness of the faster vocals makes it memorable.

The actual sound of this track is complex and exciting. All the clashing bass and quickly-spoken vocals create a storm of strong beat and high energy. I love the sound of the track and how easy it is to pick up all the words—before long you can’t help but really get into every single verse and sing along.

This song is one of the darker ones. ‘Smother’ tells the story of somebody who feels like they are taking up too much space, smothering the people around them. Tonra describes herself as, “a suffocator”, and, “I am a foolish, fragile spine”. This emulates the feeling of being told you are too much or too clingy for the person you want.

This in itself is sad, but the final line, “I wish I had stayed inside my mother, never to come out”, is heart-breaking.

Taken from the group’s debut album, Smother is one of the tracks I revisit the most.

Opening with heart-wrenching piano chords and a slow tempo, this track gets you hooked from the start if it’s a slow, sad ballad that you’re looking for.

A song about watching somebody suffer with addiction, ‘Medicine’ gives a bleak outlook on what this looks like.

Tonra sings about second chances, and tells her subject, “you can still be what you want to, what you said you were when I met you”. It is very clear from the tone that there is a lot of care for the person the song is about, and if you take it as a metaphor you can relate this song to almost any situation where someone is feeling helpless. I found comfort in this song a long time ago for its gentle warmth and its delicate handling of despair and darkness.

This was actually the song that got me into Daughter for the very first time. I heard it somewhere and something in it touched a nerve for me. The very start of the introduction piques my interest immediately every time I hear it. Starting with such a unique guitar melody, the song is beautiful all the way through.

Focused on a girl who has been almost dared to stay the night with a man when she didn’t really want to (“you’re too old to be so shy, he says to me, so I stay the night”), the song provides a delicate discussion about innocence and the first pushing of sexual boundaries.

The use of the simile, “like we’re in a crime scene” reflects the unease of the situation, and connotes images of police tape around the scene in a forest, as described as the location in the song’s opening lines.

The lyric “things cannot be reversed” also reminds us that actions have consequences, and make the song’s subject matter feel more impactful.

This track, at least to me, has a little more power to it than many of the others. The vocals remain very low and almost whispery throughout the track, leaving you with a dreamy feeling once it’s over. There is a general feeling of sadness, like in so much of Daughter’s work.

The main thing, though, that I love about this song, is the poetic nature of many of the words. My favourites would have to be, “two feet standing on a principle”, and, “still our hands match”—both sentences that represent the block between two people who match but don’t work.

In many ways, this song sounds very similar to ‘Numbers’ stylistically, a song I have placed as track nine.

‘Run’ is a very stand-alone song in comparison to Daughter’s other tracks. The song begins with an interesting guitar refrain and haunting background notes. The tempo is slow and the lyrics are sung slowly and carefully, giving impact to the words. This gentle song is the perfect bridge between ‘Still’ and ‘Numbers’.

The story this song tells is one of two people running away together, despite doubts about their relationship. It’s very naïve in this sense, but that gives it a soft innocence that is very in-keeping with the gentle tone of the track as a whole. I love the way the sounds match the mood of the words.

Numbers is a very conflicting track for me. On one hand, I love the visuals it provokes, “scratching hands round my waist yeah, I wash my mouth but still taste you”, and for the instant recognition you feel when you hear them. But, on the other hand, the song is about feeling numb and relying on somebody else for your happiness, and this message is so intensely sad that it overshadows the beauty of the earlier lyrics for me.

That’s not to say I dislike the song in any way—in fact its place on this list is because it is one of my favourites—but for me it holds too much pain to be a song that I listen to for enjoyment.

The crescendo before the final chorus gives such power to the track, creating an ending that flows out so beautifully and leaves you feeling empty and fulfilled all at once. The song is a feat of creation and musical talent and conveys so much in such simple terms.

First heard on The Wild Youth EP, ‘Youth’ is perhaps the song that gets to me most of all, especially now that I’m older. The song speaks about mistakes we make in our youth and how damaging these can be in later life. A lively instrumental in contrast to the sadness of the song combines to make a perfect storm.

Written when frontwoman Elena Tonra was 23 years old, ‘Youth’ has a multitude of different interpretations. For me, it tells the story of a group of friends who all take different directions, after one of them dies. The most impactful lyric for me, “we are the reckless, we are the wild youth”, reminds us how easy it is to make mistakes when you are young, and how difficult it can be to forgive yourself.

The main theme throughout this track is of self-destruction but recognition that if you’re still moving forward then you’re doing better than those who gave up after reaching a point of hurt. Tonra sings, “if you’re still bleeding you’re the lucky ones”, to remind us of this.

Less and less people you grew up with on the same path as you, and this song is a painful reminder of that. And, of course, this is not always negative. We all have different lives to lead and different goals and aspirations and skills. But, in some ways, it can be bittersweet to watch people you grew up take such different paths to your own and have to part along the way. In the case of this song specifically, Tonra sings about a group of peers where one dies before they reach their potential, “one will die before he gets there”.

The real beauty in this track though comes not from its meaning, but from the powerful counter-melodies we hear—especially in the latter half of the song. The bridge of this song is also incredibly emotive and gives me goose bumps to this day. I actually found it difficult to listen to whilst making this playlist, but it belongs perfectly at the end. If you didn’t know Daughter before, this track will stick in your mind now.

While the way I spent my formative years listening to each new track from Daughter makes my biased, I think this playlist showcases their skills enough to get anybody to appreciate the talent they have. The depth of the emotions the group are able to convey astounds me and I hope they continue to produce such high-quality music into the future.