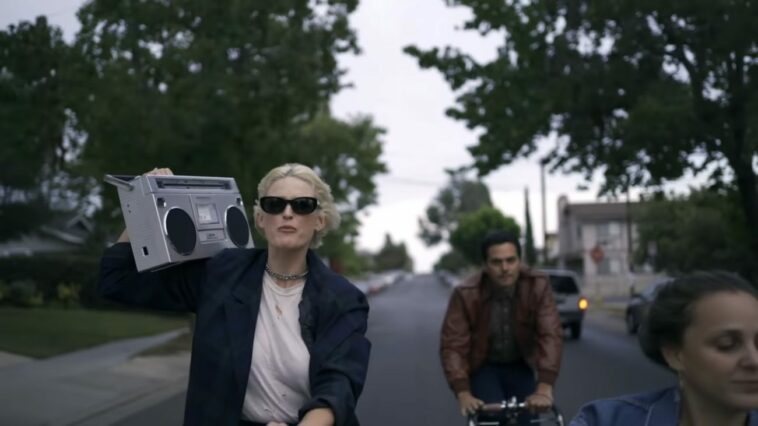 Dead Sara is perhaps the most underexposed and underappreciated rock band working in the genre today, which is a damn shame because almost everything they do is gold. Between Emily Armstrong’s powerful and intense vocals, Siouxsie Medley’s commanding guitar, and Sean Friday’s energetic drums, they’re everything that makes rock amazing. Their latest album Ain’t it Tragic is just further proof of this. The last we saw of Dead Sara was 2018’s outstanding EP Temporary Things Taking Up Space, which held evidence that their next big project would be an expansion of everything they are. Ain’t it Tragic is that expansion, and it’s pretty fantastic. 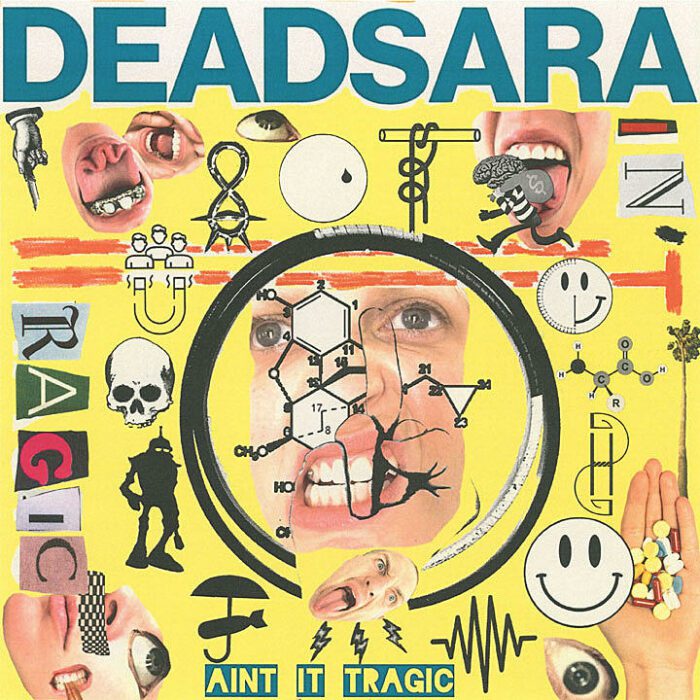 The early days of Dead Sara were about as raw as rock gets—the focus was unchecked aggression, an in your face attitude bolstered by outstanding performances from each band member. Their second album, Pleasure to Meet You, was a refinement of that intensity, and the brutal emotions they channeled in that album launched it to greatness. Temporary Things was interesting in that it had songs that sounded different from Dead Sara’s previous work. Songs like the melancholy party anthem “Times to Remember” or the basically-synthwave tune “One Day We’ll Make it Big” showed that they were unafraid to experiment with the emotional rock sound they had established, and they acted as a bridge to the first song off their new album “Starry Eyed.”

I’ll be honest when I say that “Starry Eyed” is my favorite track off Ain’t it Tragic. Not because the others are bad, but because it’s something of an amalgamation of all that they’ve done before. The synth and gentle buildup is exquisite, but it all explodes into something as intense and emotional as any of Dead Sara’s other songs, and this opener ranks highly among my favorites by them. It also sets the thesis statement for this album: creative frustration. As a standalone song, it’s magnificent, combining all kinds of different off shoots of rock, including power ballads and grunge.

“Good Times” and “All I Know Is That You Left Me for Dead” follow this opener up, and they foreshadow the rest. The former is very much a “sex drugs and rock n roll” song, but with a lovely cynical twist. It is essentially a testament to how therapeutic substance abuse can be, and why we live in a world where people need to numb themselves. Meanwhile the latter is a classically styled breakup song, but is better than most thanks to the outstanding vocal work by Armstrong. The reason I say both of these songs foreshadow the rest of the album is that they both rework old rock material into something new.

These are immediately followed up by “Hypnotic,” which is the first of the songs that were released prior to the full album. “Hypnotic” is one that I’m kind of stuck on. The sound is extremely different from the rest of Dead Sara’s work, and not in a bad way. It uses a very deliberate rhythm to create a catchy tune, and the subject matter feels like one of the album’s many instances of meta commentary on the band’s place in the rock world. One of the first lines in the song is about how tired they are of screaming their lungs out (which is something Emily Armstrong is quite good at). It’s immediately followed up by the chorus, which starts with “I’m gonna make this sh*t hypnotic.” Considering how different it is, it almost feels like the band collectively saying “this is what happens when we go mainstream.” It feels like they’re working through the idea of changing their sound up to become more famous.

“Heroes” is next, and it’s one of Ain’t It Tragic’s several highlights. It’s an ironically upbeat song about how all of the band’s heroes are dead. And that’s not me interpreting cryptic lyrics; that’s the chorus. “All my heroes are dead/ and they’re living in my head.” Considering how that term was thrown around a lot to justify the crap wages “essential” workers received during the pandemic, I can’t help but feel that this song is something of a memorial to all the front line workers who had to face down the public during the pandemic. Alternatively, it could be about becoming disillusioned with your idols. After all, it starts off with talking about how you should never meet your heroes. Regardless of how you choose to read it, it’s a great tune.

“Hands Up” dropped as a single back in the latter part of 2020, and it couldn’t have been timelier. This is their obligatory throwback track where it’s just fury put into song form. Instead of being about a breakup or something along those lines, though, it’s about frustration from poor communication. The title refers to walking away in the middle of a conversation, and the reason I say that’s timely is due to the division America is currently under. Hell, when it was released in 2020 it felt relevant, and feels even moreso now almost a year later. In addition to being a simply kickass piece of in your  face rock, it’s also a testament to just how poor communication has been in the world in recent times.

“Lover Stay Wild” takes a sharp turn into more classic rock song material, this time dealing with a bad relationship. It’s a topic the band has covered in the past, such as with their outstanding song “Pretty Ugly,” and “Lover Stay Wild” does a good job of carrying on that topic. It’s a slow moving, emotionally driven piece about wishing the best for someone you’ve let down or hurt in some way. It’s a nice song, but like some of their other slow stuff such as “Face to Face,” it’s not necessarily my favorite. That’s more of a personal preference than anything; I just enjoy their more intense stuff.

“Gimme Gimme” and “Lights Out!” are both insanely fun songs about very bad behavior. The former is about taking pretty much every drug under the sun, particularly pills. The latter is what I could see becoming the party anthem on the album, with an insanely catchy chorus about shining like gold. Both of these show that Dead Sara is still able to deliver solid, well-constructed and catchy songs when they feel like it.

The penultimate song “Uninspired” is my second favorite off the album, mostly because it’s a biting jab at everything the world’s gone through disguised as an angsty tune about being creatively bankrupt. On the surface, Emily Armstrong is listing things that she feels uninspired by. But it’s these topics she sings about that give the song their edge. Things such as “her Hollywood potential” and “American freedom” leave her uninspired. It feels like a deflection of sorts, a way to address all of the crazy bullshit of the last year and a half while not being too “topical.” In other words, the song seems to suggest that none of this will make good art because we all lived through it. It’s too raw. Too real. Too close to home. Or, at least, that’s my interpretation.

Ain’t it Tragic wraps up with “Losing My Mind.” It’s essentially the punctuation mark at the end of the album’s sentence; it’s a simple song about, well, being mentally unwell. It’s different from everything else, employing elements of electronic music. It’s less a rock song and more pop, and it’s pretty damn good as far as that goes. But it’s arguably the perfect way to end Ain’t it Tragic. The album is an amalgamation of everything Dead Sara has ever done, and is essentially a 40 minute testament to how being creatively stifled can lead to amazing and scary things.

The fact that Dead Sara is still making music despite minimal success is something to celebrate. The wait between their output is always long, but it’s always worth it. Ain’t it Tragic is everything I wanted it to be: it’s angry, it’s beautiful, it’s sad, it’s upbeat. It is, for me, the perfect album for the times we’re living in. Dead Sara has remained completely true to themselves with this third full-length album, but they’ve found a way to stay modern and relevant at the same time. I can’t think of higher praise than that.